In Defence of Whitefields – OurWarwick

In Defence of Whitefields

When I chose my uni accommodation in Year 13, the biggest thing on my mind was money. My choices were basically an Amazon-style “Sort by Price: Low to High” list of the accommodation blocks in offer. I didn’t get my first choice (Cryfield), but I got placed in my second choice – Whitefields.

Now, I’ll be honest, Whitefields does get quite a lot of flak – there’ve been rumours about its demolition for donkey’s years. Even in the interviews, Michael Shattock described Whitefields as “[never] very successful as buildings.”

I disagree. As a student on a budget, Whitefields has been great. Sure, while it’s not as cheap as Cryfield, I’m glad I didn’t have to pack up and move my stuff out over Christmas and Easter. This also meant that I had somewhere to stay when I was volunteering at Christmas and revising at Easter.

Another common criticism of Whitefields is how close it is to the SU. I thought the noise would bother me at first, but after the first week, I hardly noticed it. Sure, we could definitely tell when Pop! let out at 02:00 on a Thursday, but the disturbance is pretty minimal. In my mind, it’s not that much different than living in another accommodation block and having the next flat come back in the small hours. Being close to the SU did have plenty of other advantages though – I couldn’t tell you the number of times that I was about to cook something, then realised I’d run out of an ingredient, so I nipped into Rootes Grocery Store and been back cooking before you knew it.

Due to the house-style accommodation in Whitefields, I did get to know most of my flatmates – and I’ll be moving back in with some of them later this month. There are 12 people in each flat (or 9 if there’s a Resident Tutor, I believe). People say that it can be pretty insular – and granted, I can count the people I know from other Whitefields flats on one hand – but I’ve got very involved in QuizSoc and the Warwick Welcome Service, and I’ve made a lot of friends with similar interests. I’ve found that my relationship with my flatmates is largely functional – the kitchens in Whitefields aren’t the biggest, so keeping things tidy and respecting fridge space was very important to us all. I’ve found that living with people who I can get along with who aren’t part of my main friendship group has helped to reduce the emotional reactions and flat drama. Overall, it was a pretty chilled out flat – we never had any big arguments that I’ve heard about in other blocks.

The rooms in Whitefields are a pretty good size, and we had two chairs in our rooms – something I’ve noticed about other blocks (e.g. Tocil) is that they’ve just got the one chair. It’s pretty handy if you’ve got a friend over or have a strong wheely-chair/non-wheely-chair preference. There’s also a massive pinboard in every room, and enough storage space. My room could get pretty warm, but there’s a massive window that I would keep open when I was around. And, despite my window being almost always open, I’ve never had the campus wildlife in my room – I’ve seen magpies go into windows in Tocil and Rootes before, but I’ve never seen anything like that happen in Whitefields.

The common rooms in Whitefields flats are a strong point – some accommodation blocks just have a kitchen. There’s typically a built-in bench all the way along the window wall, and then a good size table and a few extra chairs (which can be added to by moving some chairs from ground floor rooms). Sure, it isn’t the biggest room, or the biggest table, but we managed to fit the entire flat around for a Christmas dinner. It also means that people who are eating dinner don’t get in the way of anyone who’s still cooking. I also brought QuizSoc back to my flat after our end of year social, because it’s conveniently located and it’s a great private casual space. The one minor disadvantage to the common room was that my bedroom opened onto it, so on the off chance that one of my flatmates had friends over at 07:00 on a Saturday, they’d wake me up, or I’d feel pretty self-conscious going to the bathroom. 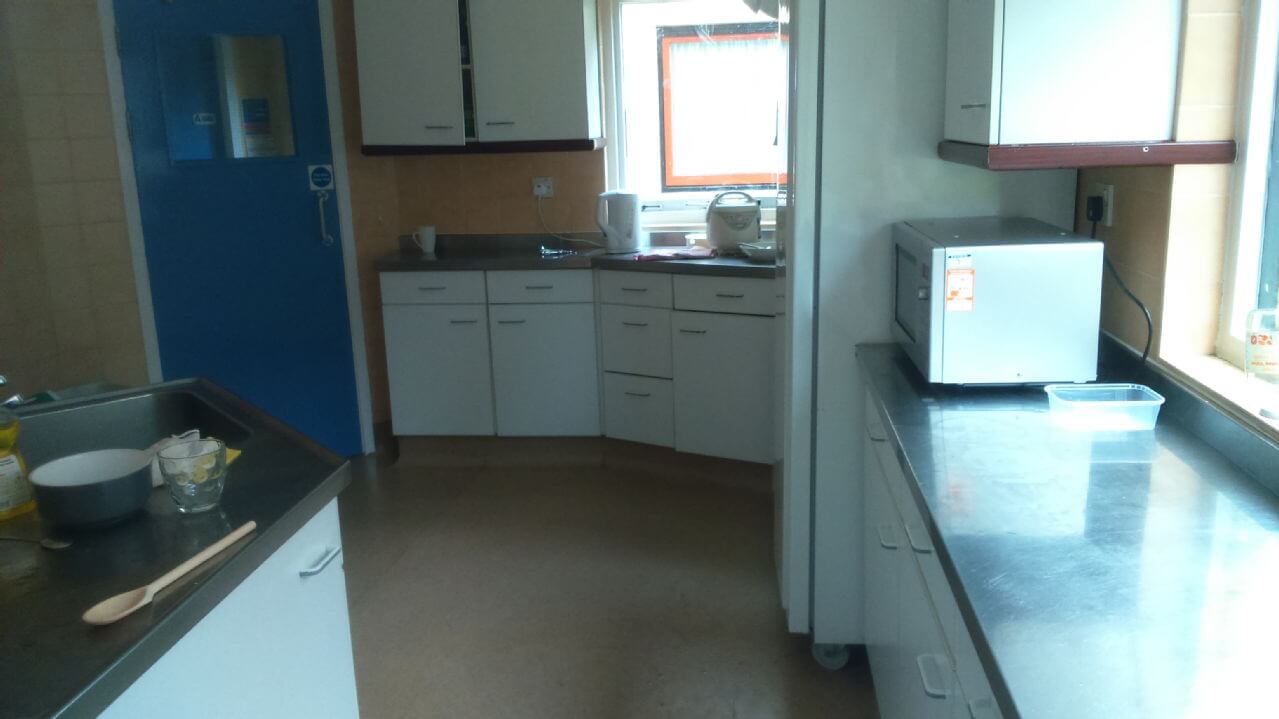 On the subject of bathrooms, there’s a shower over bath upstairs, a shower downstairs, and a toilet and sink on each floor. I was on the ground floor, so there were seven of us sharing the shower, and it worked out fine. Occasionally, if I was running late and someone got in before me, I’d have to skip the shower until after lectures, but I still showered every day. I can’t remember a time when both toilets in the flat were in use when I needed to use one, so two toilets between twelve of us was also okay from my perspective.

Sure, our flat wasn’t perfect – things got messy sometimes and there was plenty of smelly milk in the fridge – but that isn’t a fault of Whitefields itself. A lot of student kitchens do end up with similar problems because people are busy and forgetful and sometimes kinda gross, regardless of whether you’re paying £80 a week or £180 a week – people are people.

I’m very glad that I lived in cheap accommodation in my first year – I don’t know many others who have more money now than they started uni with. I didn’t miss not having an ensuite or a sink in my room – I guess you can’t really miss what you’ve never had.