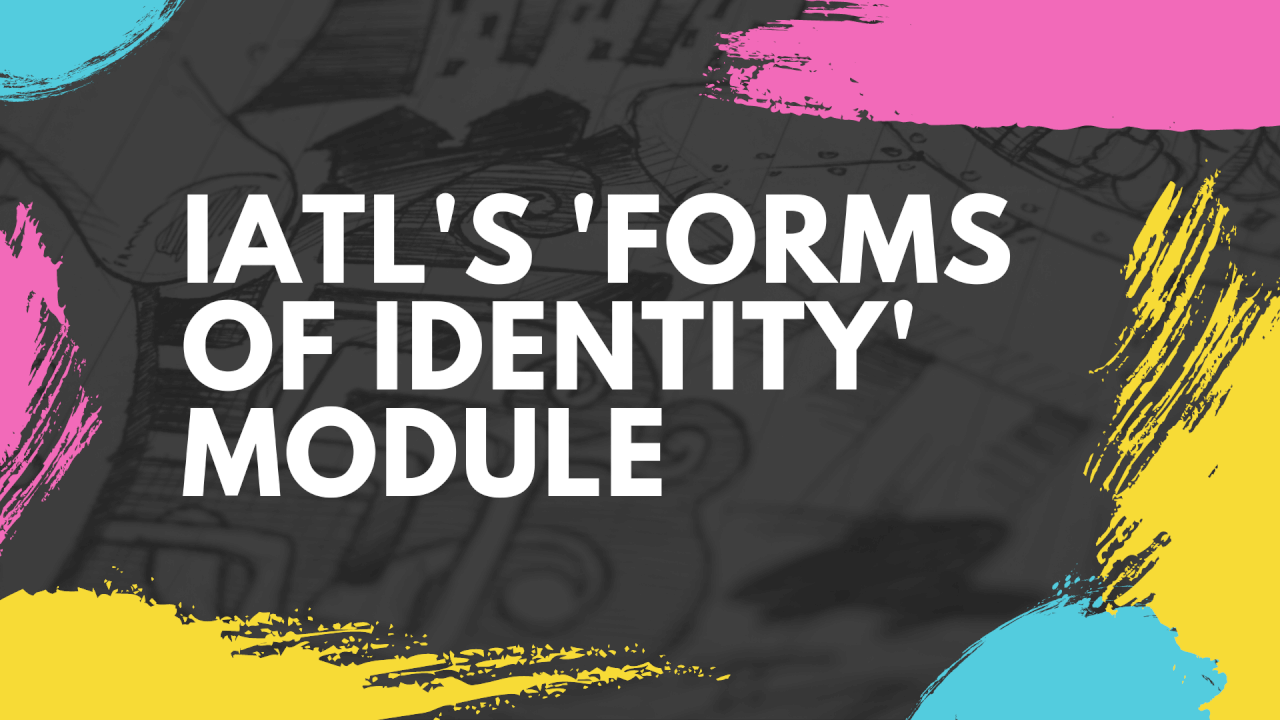 One exciting thing about studying Theatre & Performance at Warwick is the opportunity to take modules in different departments, enabling you to work with different people and in different ways to how you would work normally. One department that me and a few of my friends have taken external modules in is IATL, a department at Warwick that focuses on interdisciplinarity and runs several term-long modules throughout the year. Over this last term, I took their ‘Forms of Identity’ module, which ended up being my personal favourite module of the term! Therefore, I thought I would share my experiences taking this module for anyone interested in doing this module, or another IATL module.

This year, the module ran over the autumn term and was led by Heather Meyer. The module explored different aspects of identity focusing on a different topic each week, including gender identity, brand identities and identity creation through media. Due to Covid, the classes took place online and were only an hour long, generally involving time to reflect on the readings for the week, then time in small break-out rooms to discuss the topics more closely. Each week the guest speakers set us readings in a variety of forms, including academic essays, short videos, films and worksheets. We were put into small groups made up of people from all different disciplines, which we met with once a week before the session to talk about the readings and answer some questions to bring with us to class.

A key part of the module, and of IATL as a whole, was interdisciplinarity. Each of the guest speakers approached their area of identity through a different discipline, for example we looked at gender from a social point of view in week 2 and from a business point of view in week 9. This meant that not only were we looking at different types of identity, but we were also looking at how identity was understood by different disciplines. This was helped by the mix of disciplines in the class as well, as the module had people from a variety of different courses in both the class as a whole and the small groups. For example, in my group there was me (studying theatre), a liberal arts student, a biochemist, a politics student and a childhood development student! This really helped us to understand the different disciplines we were engaging with, and we all supported each other when we were confused, for example with the biochemistry student explaining some of the bits the rest of us struggled with in the biology week.

The assessments we did in the module were very new to all of us, embracing the interdisciplinary style. The first assessment was a critical response, where we had to use a prompt to explore an area of identity in an interdisciplinary way. This prompt could be whatever we wanted, and I ended up using a tattoo of mine as a way to explore identity in connection to language and ethnicity, which I never would have dreamed of writing before! One thing that a lot of us struggled to wrap our heads around was this idea of interdisciplinarity, and how we could use it in our piece. However, Heather was very supportive in this and organised meetings with us all to discuss what we were struggling with, as well as addressing it with the class, and by the end we had figured out how to use interdisciplinarity in our work!

The second assessment was a student devised assessment, which is slightly more similar to what I had done before in theatre studies, although it was new to most others in my class. This assessment, which I am currently part way through, asked us to explore identity in an interdisciplinary way using whatever form we wanted. For example, some people chose to do podcasts, others did poems, and still others created pieces of art. I personally have chosen to create a zine, combining images with written text to illustrate ideas around class. I normally dread having to work on assignments over the christmas holidays, but I’m actually quite excited to spend my holidays cutting and sticking this project together!

This module had a strong focus on group work, and the value of talking with others about the subject. As I mentioned, we were put into small groups with others from the module from all different disciplines, meeting once a week before the session to discuss the readings. This was one of my favourite parts of the module, and even though we were meeting over Teams our group became very close by the end and got on really well with each other! Although a lot of our meetings ended up going off on tangents instead of answering the questions set to us, these were still very fruitful as everyone had really interesting and varied takes on the subjects, challenging us all to think in a very different way.

Group work was also used in the sessions themselves, as we were often set discussion tasks in the seminars to talk about in small groups. These groups changed from week to week so we got to talk with a lot of different people from the module and not just see the same few faces. Again, Heather made sure that these in-class groups included people from a variety of disciplines and that we weren’t with people from our usual groups, so we heard a range of perspectives on each topic.

Overall, I really enjoyed the ‘Forms of Identity’ module, and I am really glad I did it! Being able to work with people from a variety of disciplines was very exciting and provided a nice change to normal. The topics we looked at were all really interesting in different ways, and I feel as if the module has not only helped me understand identity better, but also given me a clearer understanding of interdisciplinarity and its benefits. I would definitely recommend this module to anyone interested in taking it!