On July 18th, I officially graduated from the University of Warwick with a First class degree in English Literature and Creative Writing, as well as receiving one of this year’s eight Outstanding Student Contribution Awards. So that’s pretty cool!!

I was a bit nervous about the process of graduation day itself as there were a lot of different things to do and places I needed to be throughout the day and I can sometimes find that a bit overwhelming, but of course I had my family with me to help me feel more at ease, and all of the staff organising the day’s events were really good at ensuring that everything ran as smoothly as possible, so in the end I was able to have a lot of fun!

The only previous experience I had of seeing someone graduate was my boyfriend’s Masters last year, so although everything was still very unfamiliar at least I had a rough idea of what was going to happen. If anything, my Mum was just as nervous as me as she had never been to a graduation either!

We arrived on campus bright and early to collect my robes and then we took advantage of the sun and the slight lull before campus got really busy to take an insane number of photographs, as well as pop in to get some professional ones taken too. The English Department were holding a little celebration before the actual ceremony so we headed over there for a bit and said hello to a few people, both fellow students and staff, as well as re-fuelling with a few quick snacks. Then, as an OSCA winner, I was invited to a buffet lunch with senior members of university staff which was a really lovely experience for both myself and my family; it was a great opportunity to speak to people I’d never had the chance to meet before and also provided a nice space to relax before the ceremony itself. And the food was very good too!! At this point, the nerves were kicking in a bit – I would have to go up on stage twice as opposed to just once, and of course I was convinced I would do something to make a fool of myself – but I cannot thank everyone enough for the way they took me through exactly what would happen in the ceremony and kept me calm, reassuring me that everything would be fine.

At 2:30 it was time to head over to Butterworth Hall, and at 3pm the ceremony itself began. I completely underestimated how overwhelming the sense of community and celebration would be as we all went up to the stage one by one alongside our closest friends and the people we’d spent three years working with. There were speeches from Baroness Ashton, the University’s Chancellor, as well as Lawrence Till, an alumni of English and Theatre at Warwick – and even if you’re the kind of person who might normally roll your eyes at such speeches, when it’s your own graduation day you’ll find yourself getting just a little bit emotional instead…

I was presented with my OSCA by Baroness Ashton, after a speech from Emily Dunford, the SU’s Postgraduate Officer for this year, and going up on stage to receive it, I was met with more applause and cheers than I ever would have imagined and I found myself fighting back a few tears. The shy part of me wanted just to accept the award and leave the stage, but instead I found Baroness Ashton turning me back around to face the whole audience and spend a moment basking in the applause. I could see several of my friends stood on their feet cheering for me, and it was one of the loveliest feelings ever. I was awarded my OSCA for the various community and voluntary activities I have participated in both on and off campus, and of course I did them because I wanted to and because I believed they were good causes, but I won’t lie: the sense of validation which came with being formally recognised for them was really something special.

After the ceremony, I had a few more photos taken with my family and university staff to celebrate my OSCA before rushing back to the Piazza where the department photos were being taken (after we all eventually got ourselves into height order) and then finally I got the chance for some photos with friends! If you hadn’t already gathered, graduation day is largely just one photoshoot after another…

Then it was time to say my goodbyes to my friends and to take back my robes before heading out for dinner with my family. And that was that – with a complete whirlwind of a day all done, I was officially a Warwick graduate! It’s still a bit of a weird feeling, knowing that my degree is done, but I’m excited to move on to new things too.

Blogging for the English department over the last three years has been an honour and I can’t believe that this is it now, my last post. Who knows what the future holds, but wherever I go from here, I’ll always be proud to be a Warwick graduate. 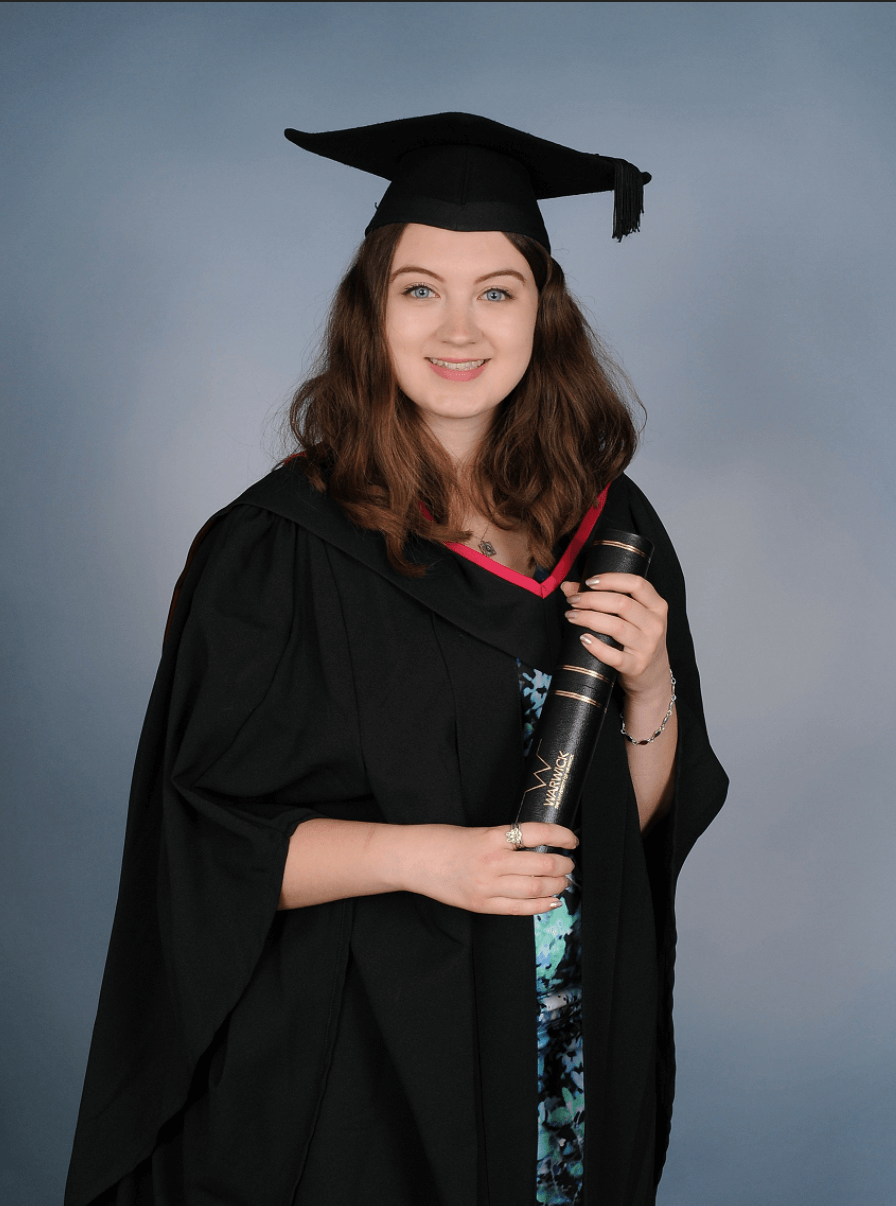 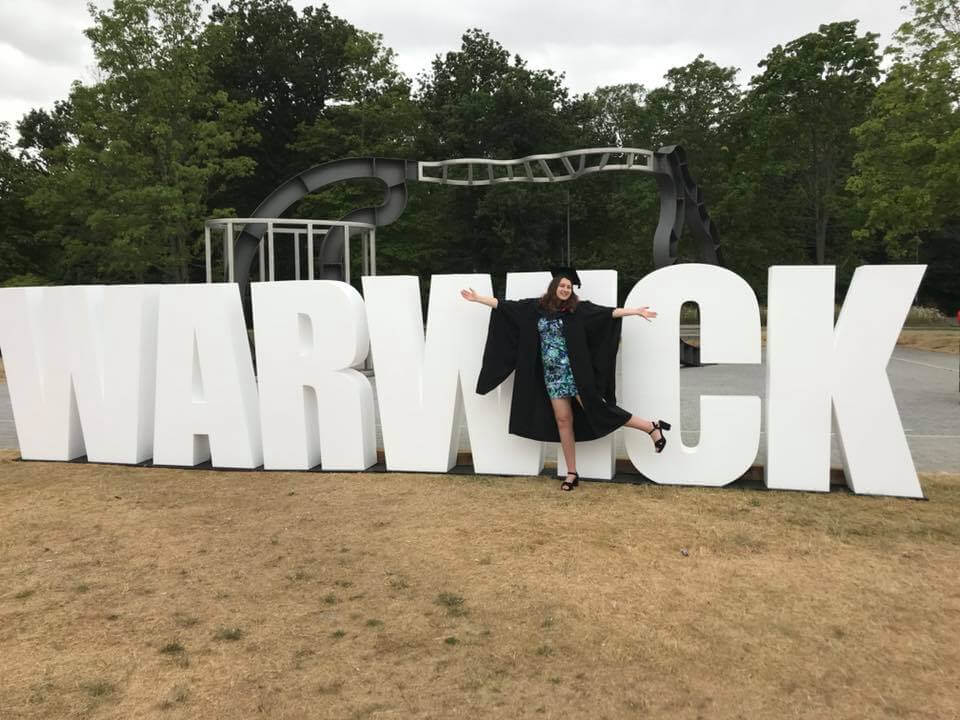 If you want to read more about why I was awarded my OSCA, you can go here: https://warwick.ac.uk/services/academicoffice/congregation/ceremonies/oscas/winners2018/#SM