How to Travel on a Students’ Budget – OurWarwick 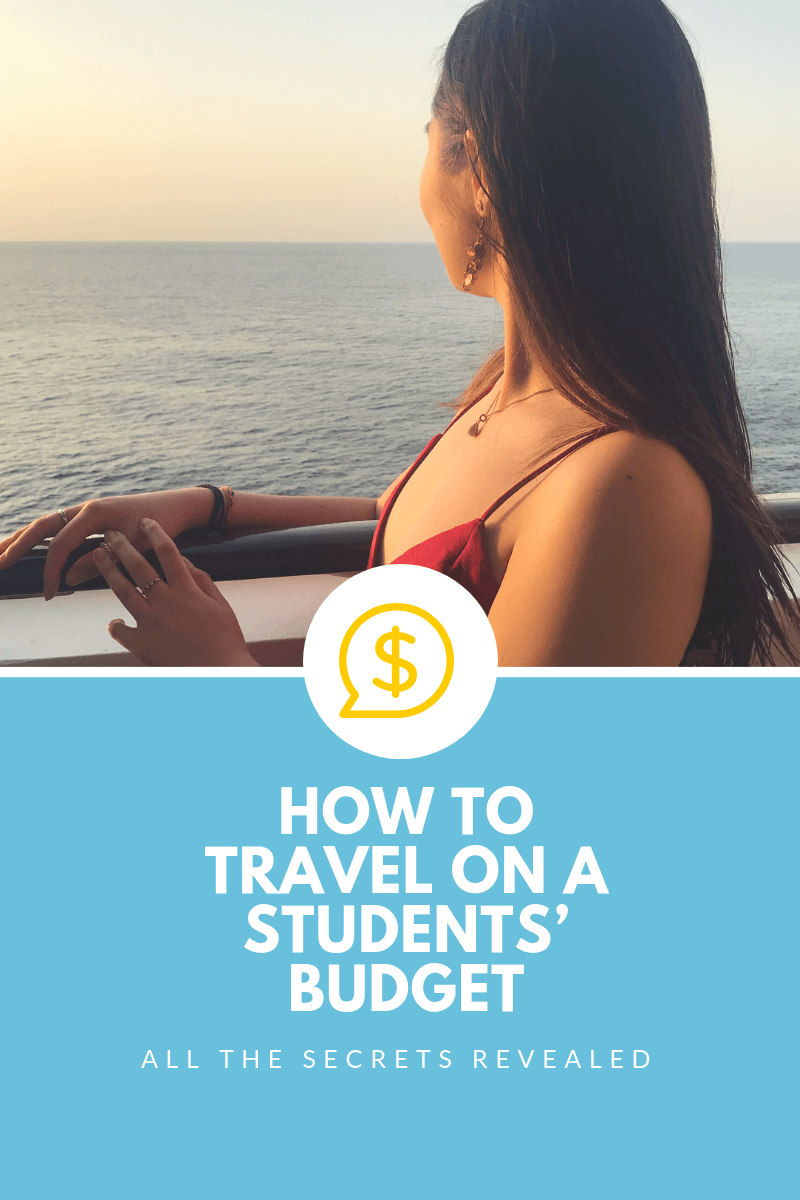 How to Travel on a Students’ Budget

Countless are the times that my friends and followers have messaged asking me how and why I travel so much. I take it as a compliment and truth be told it’s one that I enjoy receiving. I am constantly challenging myself on a daily basis to try new things and seek out new experiences; travelling just happens t fall under this category. Truth be told, I don’t exactly hide the fact that I travel extensively. Just like the average millennial, I am always posting my whereabouts online. However, I don’t do this to show off or to flex on the haters. Instead, I do it to inspire others to travel the globe and discover what this beautiful world has to offer.

Travelling is often made out to be a complex palace involving a ton of expenses, logistics and time to plan the perfect holiday. However, it doesn’t have to be any of the above. In first year, in the midst of my final exams, my boyfriend and I broke up. My friend and I decided to plan a holiday, and a week later, we were on a flight to Tenerife. The travel cost us 20€ return each, our AirBnB came to 30€ for both nights and food was cheap when we avoided the tourist traps. All in all, the three day trip cost me around 80€ which I think is relatively cheap, especially considering that some people can spend 80€ on three nights out clubbing. This brings me to my first tip.

In other words, think about compromises. Maybe one night you’ll have one pint instead of two. Put that money aside into your savings towards your holiday. I personally use this online banking app called Monzo. I too of showing me where my spending goes each month, it also automatically rounds up my pennies to the nearest pound and puts that money aside into my savings that I’ll use on my next holiday.

I know that there is massive controversy about how much Google really knows about us. I, personally, adore my customised adverts as it always shows me what I want to see, but this is a story for another time. The reason why I always get the best deals in terms of prices is because I sign up to marketing emails. Ryanair is great for them as they often have very cheap flights from £5. The only catch is that they’re often from Stansted (an awkward airport if there ever was one) and at inconvenient times. I remember having to catch at 8AM flight to Berlin with one of my friends and having to sleep on the floor just so that we could make it on time.

Something to bear in mind when travelling in budget ; your life isn’t always going to be luxury. Sometimes you’ll have to go out of your comfort zone and so called “rough it”, and that should be fine. We’re going, we’re penniless, and we have a passion for studying.

Just on a side note: although I am telling you all how to save money when travelling, never risk your safety. If you’re walking home late at night, it’s best to get a taxi back, rather than walking some unfamiliar streets. This is especially relevant for people in a foreign country and if you don’t speak the local language. If you ever feel in any kind of danger, ask for help and stay in areas where it is well lit with people around you. Always have emergency phone numbers for the local area that you can access easily, too.

Now that I have covered the basics, I want to discuss my personal journey, starting from October 2017. This was my trip to Berlin, where I found dirt cheap tickets from Stansted. The three day trip cost no more than £120, including eating out and going out money.

My next trip was for my 20th birthday to Barcelona with my boyfriend. We chose an AirBnB slightly out of the centre which saved a lot of money in terms of accommodation. We got a travel pass to travel around, which we would have done anyway even if we lived in the centre.

Over Easter, I went to Bordeaux to check out the university that I would be attending the following year.

Over Summer, I grabbed a lifetime opportunity. I became one of the five student ambassadors chosen to travel around the UK in order to advertise the #StudentArtPass. All my expenses were covered and I was paid on top of this. It was one of the most insightful trips of my life, and I again received a lot of messages about this. If it weren’t for me seeking out the opportunity and applying, I’d never had had this experience. Therefore, another tip would be to keep an eye out for job offers and opportunity that involve travelling. Personally, after I graduate I hope to work abroad so that I can travel and still earn money. I did this over summer when I moved to London for an internship. I consider my hometown to be Bournemouth, so loving in the capital was great fun for me.

Last but not least, it was actually compulsory as part of my degree to take a year out to study abroad. If you haven’t read or watched my blog on this, do follow this link here. But I’d highly recommend choosing a course whereby you take a year to live and study in a foreign country. I’ve personally loved and learnt a lot about myself during this time. I was even able to travel whilst abroad, taking trips around France and across the border to Spain. Remember, as always, to budget, find cheap deals and stay safe.

Thank you for reading and safe travels.