How shall we beguile the lazy time, if not with some delight? – OurWarwick

How shall we beguile the lazy time, if not with some delight?

The quote above seemed appropriate for work/life balance in the run up to exams – I took it from Act V, Scene I of A Midsummer Night’s Dream. In case you haven’t heard, it’s the 400 anniversary of William Shakespeare’s death, and there are a whole host of celebrations of his works all over the country.

Being at Warwick, we’re pretty close to Stratford-upon-Avon, Shakespeare’s birthplace. Late last night, I realised that there was a parade on, and also that train tickets to and from were pretty cheap. Just throwing the idea out, I messaged two of my sixth form friends, Robert and Ryan, who both go to uni in Birmingham, to see if they were up for an impromptu day out in Shakespeare’s home town. Both of them were up for it!

So, it was a bright and early start this morning – set my alarm for 06:45, which is definitely the earliest I’ve been up in a few weeks. After running through the usual morning routine, I made the walk from campus to Canley Station, and caught the train to Birmingham New Street. We met up and walked to Moor Street, and we got a train to Stratford from there. The journey going that way’s definitely the scenic route – lots of pretty old stations and rolling hills. You can get there faster via Leamington, but I was meeting up with the guys, so it made sense to go via Birmingham. 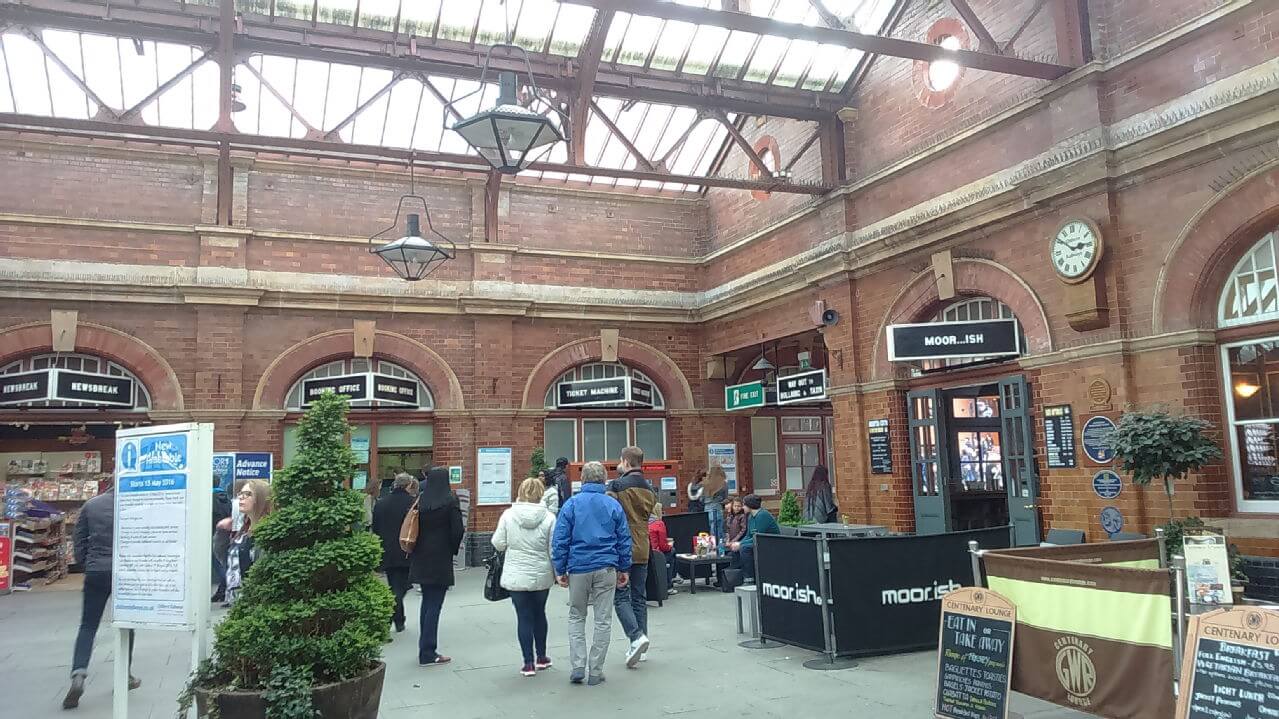 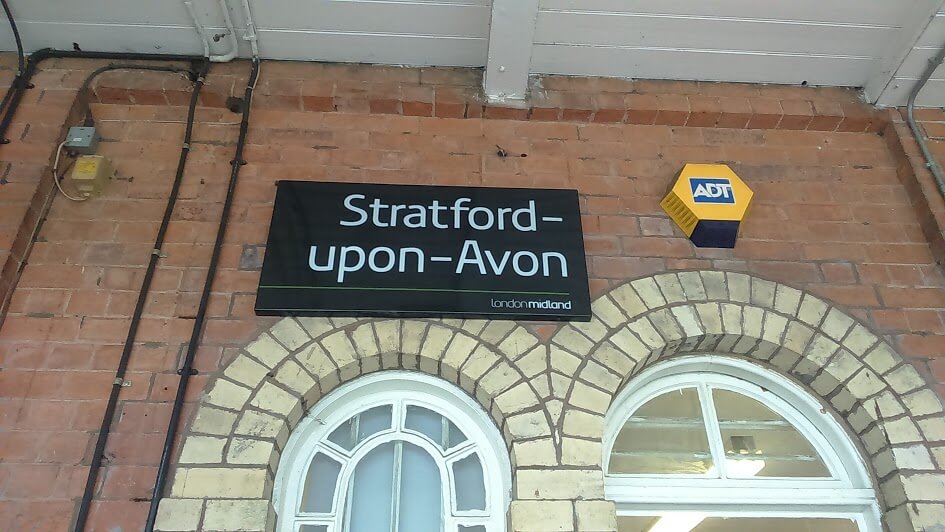 We got there just in time for the beginning of the parade – there were people representing all sorts of theatrical groups, as well as parties representing various international towns called Stratford. Very enjoyable to see, and lots of interesting costumes. There was also live music and morris dancing. 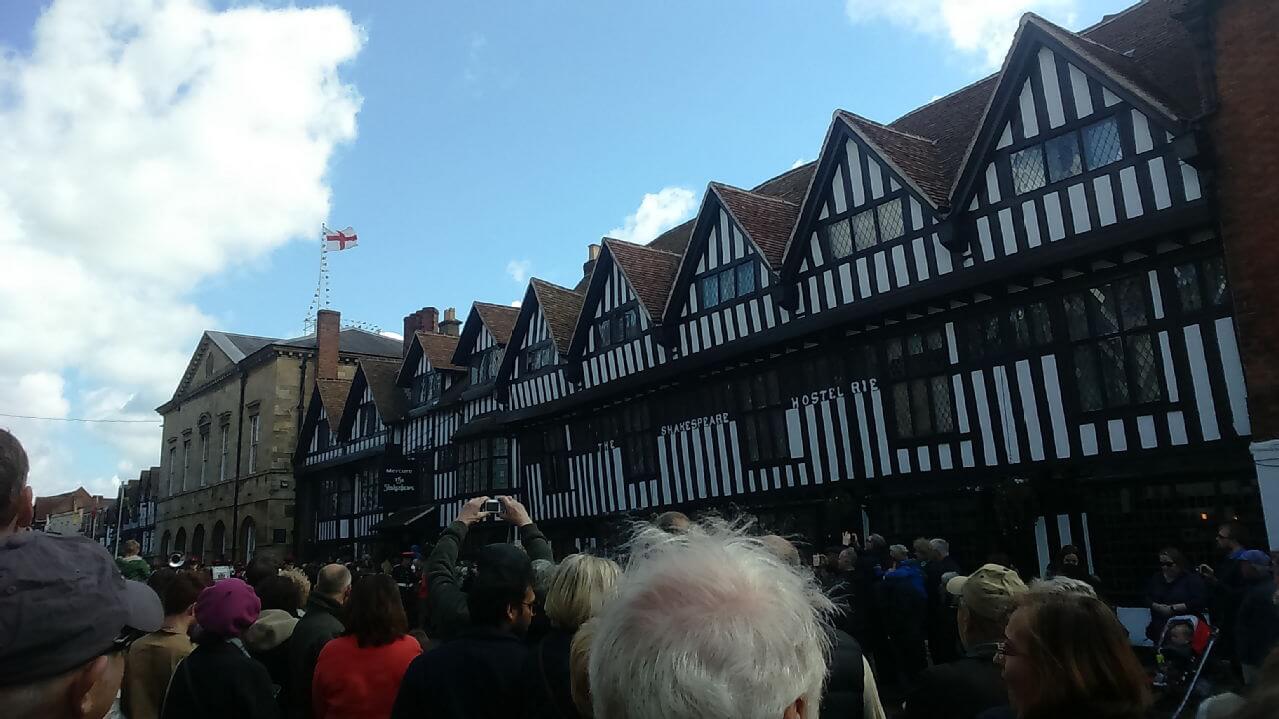 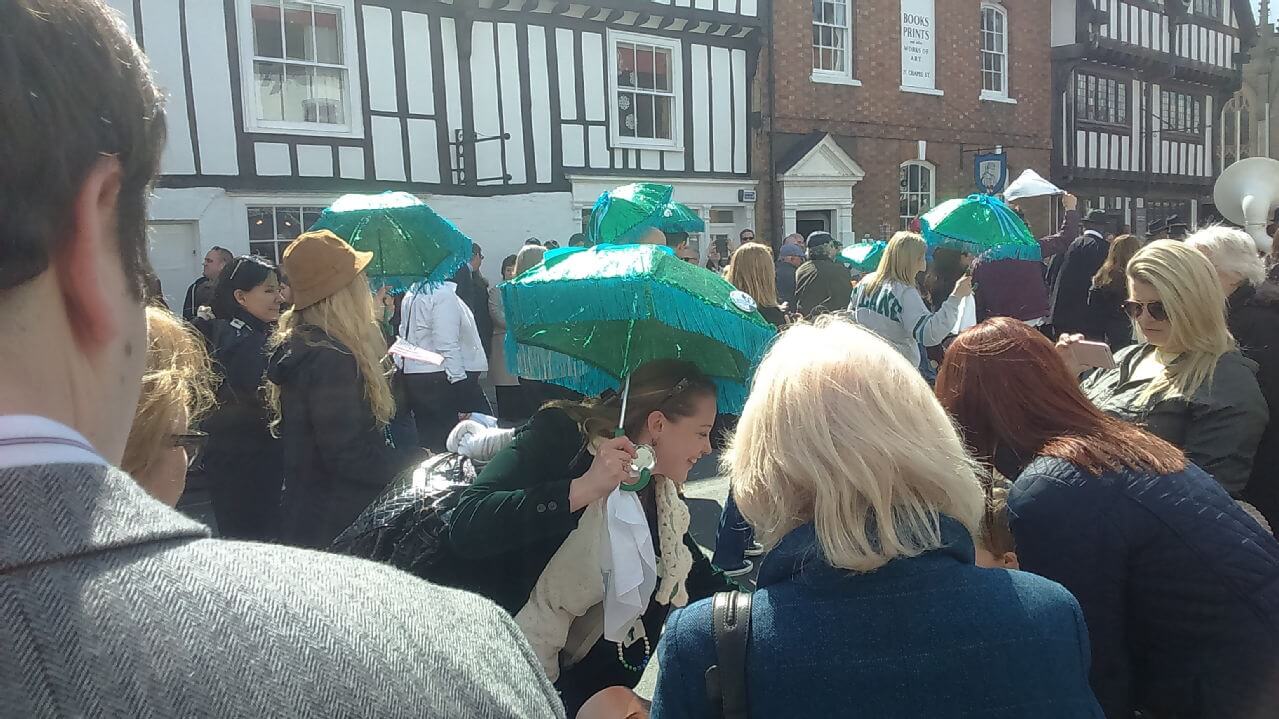 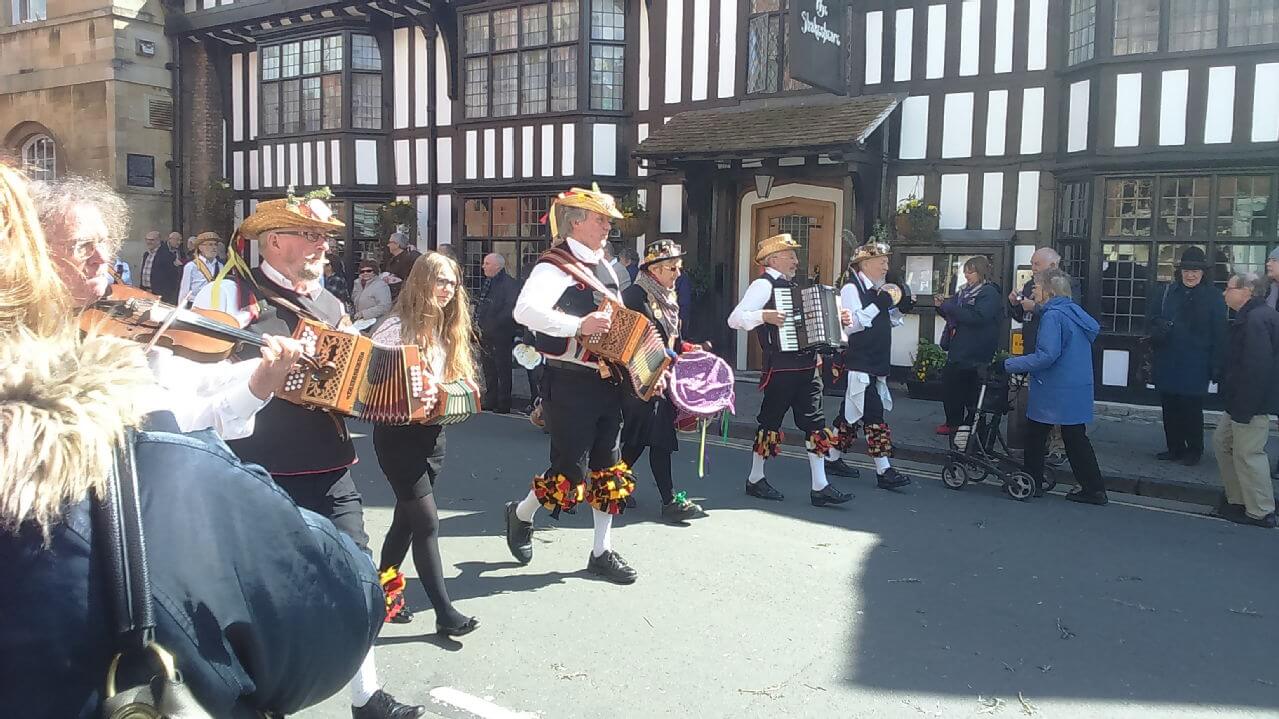 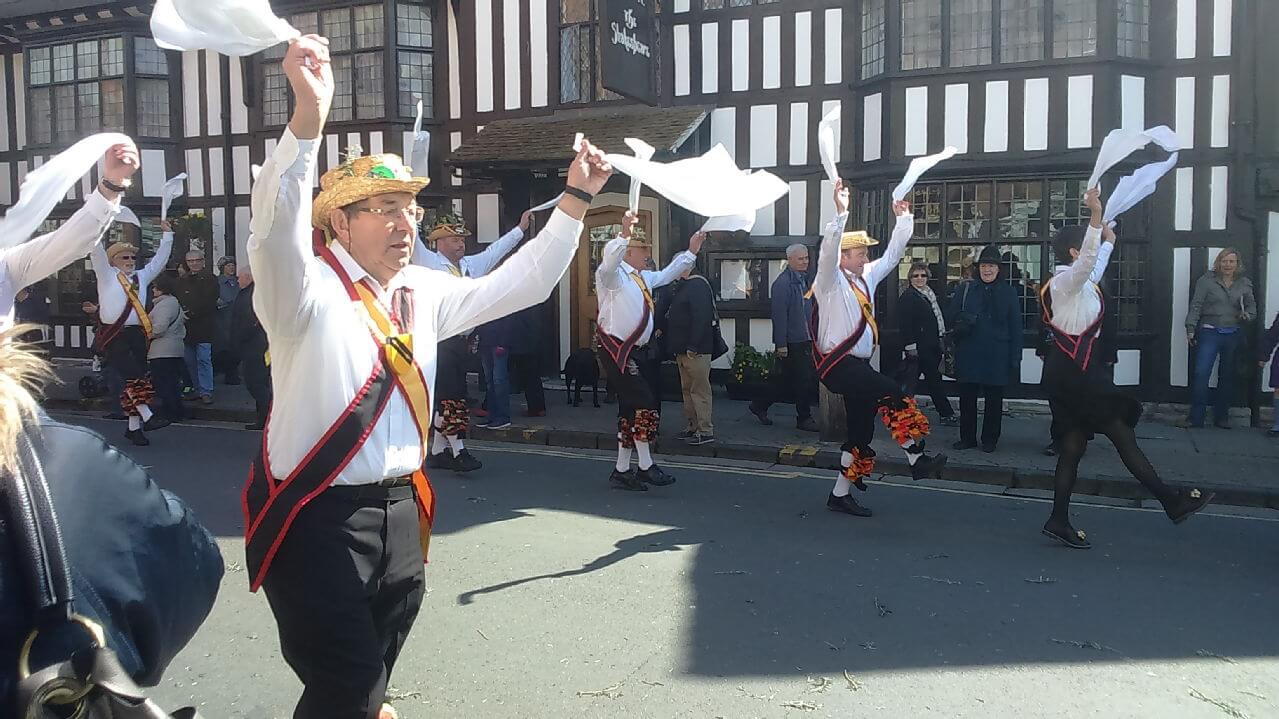 After the parade, we wandered around Stratford for a while, and saw Shakespeare’s birthplace from the outside. It’s a very pretty town, on the whole – there are plenty of Tudor buildings in very good condition, and it makes a nice change from Warwick’s 60s feel. There’s also a market and a few other things that you can pay to see – we didn’t go into any of the paid stuff, but we enjoyed our time in the town nonetheless. 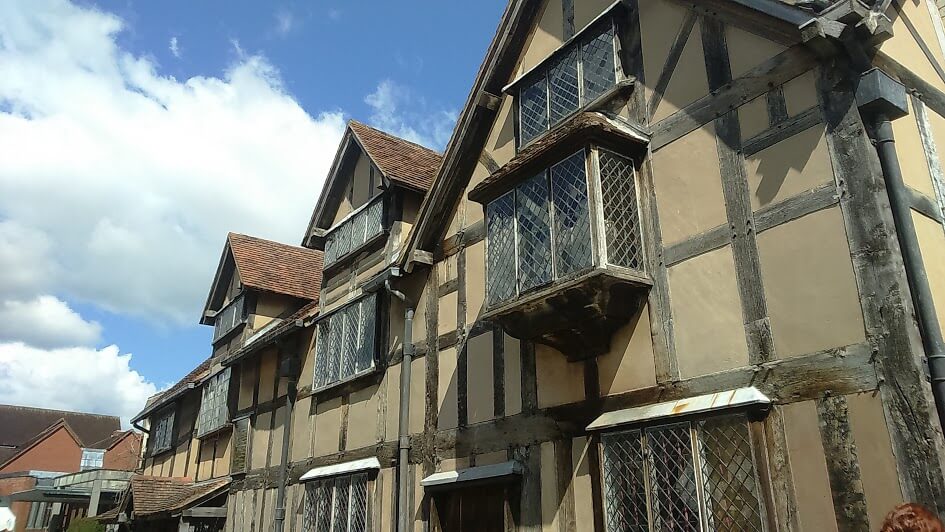 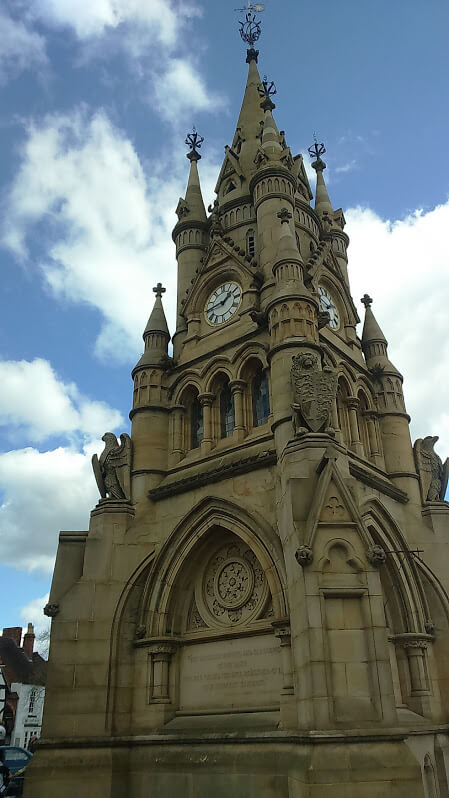 We headed back to Birmingham for a late lunch in Wetherspoons, and wandered through Selfridge’s and the Bullring. I’d never been in them properly, and it was very much a TARDIS experience on the inside. I’m fairly sure I was grinning ear-to-ear the whole time, being as I am a country mouse in the city – it was like nothing I’d ever seen before!

To round off the day, we headed to Ryan’s flat to chat for an hour or so. It was lovely to see old friends – I’ve been on campus for most of the Easter holiday, so it’s been feeling very bubble-like. It’s sometimes easy to forget that there’s a whole lot of stuff to see and do, right on our doorstep.

I got the train back to Canley, then walked home. I’m writing this crashed out on my bed – there’s been a lot of walking today, and I’m probably going to fall asleep pretty soon… I shall say good night till it be morrow. (inspired by Romeo and Juliet, Act II, Scene II)