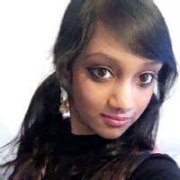 There’s a question that always makes me wonder if there is a precise way to describe the situation – “Where are you from?” This is something I get asked quite a lot. It is a good conversation opener as well as used when you’re midway through a chat. However, one of the brilliant purposes is also to get rid of awkward moments filled with silence.

My parents are from Sri Lanka, which is a small island found next to India. It used to be a part of India a very very long time ago, but due to tectonical plates and other geographical factors (which I’ll leave out as I’m not an expert in this field), it separated into its own little island. My parents fled the war that took place between the Tamils and Sinhalese people. The Sinhalese have the independence over the country and the minority of Tamils wanted to get the independence over the North Province. It was a very difficult battle for many – families, politicians and the country itself. This meant that for my parents it was safest to go abroad.

Both of my parents moved to Germany (but didn’t know each other at the time). I have a lot of respect for my parents as I believe it does take a lot of courage to leave family and friends behind and move to a completely new country, never mind a completely new continent in my parents’ case, without having any background linguistic abilities in German nor knowing anyone that was living there. Slowly they started to settle and make connections within their work places, hobbies they undertook and extended family members living there. They then met each other and decided to get married. That’s where I came along.

I was born in Germany and lived there for the entire of my childhood. I was brought up playing “Handball” and “Fussball”, which are both very popular sports in Germany. I went to secondary school there and when I was in Year 8, my parents decided to move to England. Where we lived in Germany, there was again a small minority of people from our own culture and it did make it quite difficult at times as I often felt more racially affected. The place didn’t have many people from other countries and generally the people there weren’t as used to see people from different backgrounds. Of course, many welcomed it! However, at times I myself felt self-conscious and other times, even the slightest joke made about other races or my own race seemed to offend me a lot more than it should have.

We moved to Coventry as my parents have a lot of direct as well as extended family members living here and in a way I guess they felt more isolated back in Germany. It was a very tough transition – learning English fluently did not come with ease, however I managed this by the time my GCSEs started. Leaving all my friends behind was the worst as I grew very strong bonds with some of them. Now I have lived in Coventry over 10 years and I went to Warwick uni as I didn’t want to move (again!), however whenever someone does ask me where my origin lies, or where I am from..I genuinely struggle a lot with that question. It makes me think if there is a way to simplify all this in just four words at all. Eventually I decided to stick to one answer:

I am a German-Lankan living in England. The Sri Lanka bit comes from the whole cultural aspect as my parents as well as ancestors are from there and the traditions as well as cutoms attract me a lot. I would never want to lose this identity and can proudly say that I am Tamil. The German bit comes from the fact that German is the first language I ever spoke. The first word I pronouned was German and hence the language can be said to be my mother language and the nation can be described as my mother country. I’ve not even changed my citizenship yet, which is also still German. Not to put  England aside… I am indeed very grateful that my parents did decide to move here as I finally feel home now. I’ve met so many other people that come from the same kind as me, same background  as me, and I have learnt so much over the years about different religions, races and cultures. This is something I definitely appreciate about Coventry.

I wrote this post to encourage home as well as international students to apply to Warwick if they really want to, but feel there might be other barriers such as culture preventing them from applying. Moving to Coventry would provide you not only with the experience of living independently, however also to learn about other peoples traditions and I would say that I have learnt many life skills here. This post is only intended to represent my own feelings and opinions and if I have hurt anyone in any way, I do wish to apologise in advance. For any questions, please comment below.

Have a nice week everyone!