Home and Away: The Quiz News – OurWarwick

Home and Away: The Quiz News

There’s been a lot going on in Quiz Society this past month, and I haven’t kept up to date with everything, so here’s a little QuizSoc news splurge.

On the 4 of February, we sent a team (and a quarter – Andrew joined up with Oxford and Goldsmiths quizzers to form a Woxsmiths team) down to Imperial for the NAQT Novice tournament, designed for people who haven’t competed in many tournaments. I wasn’t eligible to play, myself, but I went along to moderate – it was my first time reading at a tournament. I lost my voice after three rounds, having been ill the week before, but fortunately, we had seven moderators and only three rooms, so another moderator took over. Warwick all had a really good day, and despite losing my voice, I enjoyed moderating and would do it again. 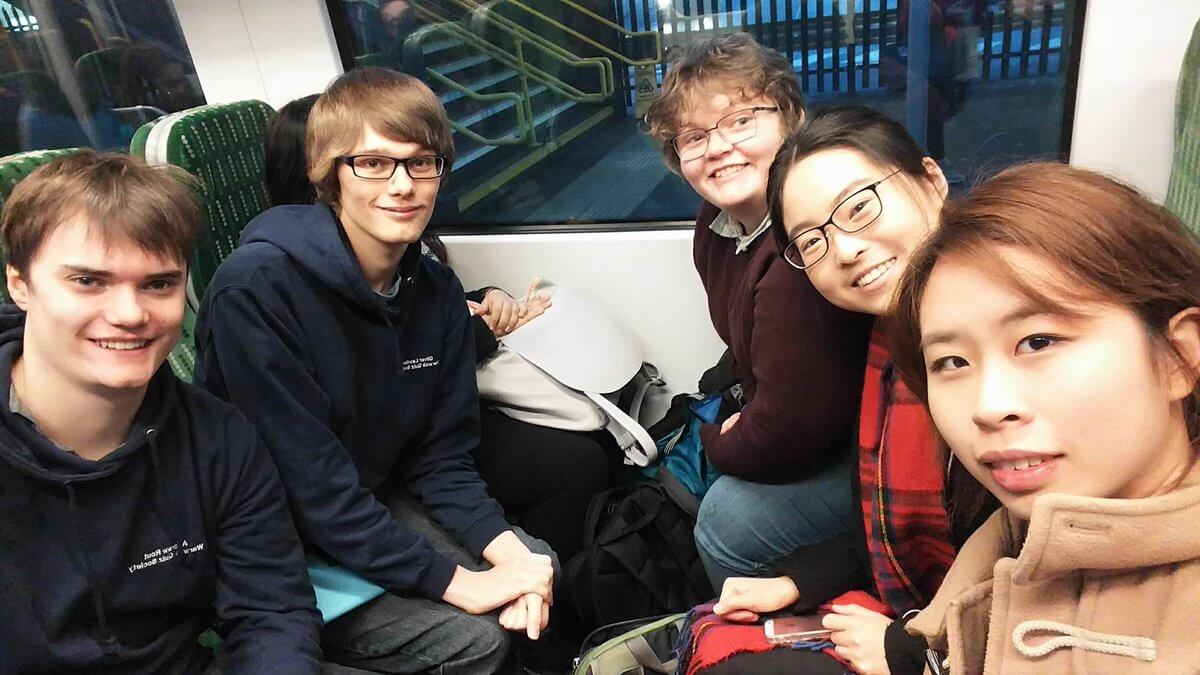 On the 7 February, we had our exec elections (I’d quite like to use the portmanteau “exections”, but have been told that this looks too much like “executions”). Our previous President, Ben S, is graduating at the end of this year, and our previous Social Secretary, Anna, is going on a year abroad. I decided to run for President and Competitions Convenor, and, because I still didn’t have my voice, Ben B read my speech (with some questionable additions). So, now I’m the President of QuizSoc, Marissa is Treasurer again, Yifei is Secretary, Andrew is Social Secretary, and Oliver has taken over from me as Competitions Convenor. Coincidentally, these are the people in our selfie on the train to NAQT Novice.

On the 18 February, we held a tournament at Warwick – ACF Regionals, which is probably the most difficult students-only quiz tournament available in the UK. I was the Tournament Director (or TD for short) – in charge of running the tournament, buying prizes, and in this case, keeping track of the running scores. Everything went surprisingly smoothly, despite a set of buzzers from each of Warwick, Oxford and Cambridge failing shortly before the tournament. We ended up making up some “Frankenbuzzers” – mixing the parts from different kits to get a set that worked. The scores were all kept up to date, and, as far as I know, were accurate at the end of the day. One of the things I like about quizzing is that it’s a very friendly community – it’s very easy to strike up a conversation with people from other universities’ quiz societies. People do come back to the scene after graduating – the moderators included Ashley Page, James Leahy and Sophie Rudd, who have all represented Warwick on University Challenge. Hopefully, in a few years’ time, I’ll be able to come back and visit, too! 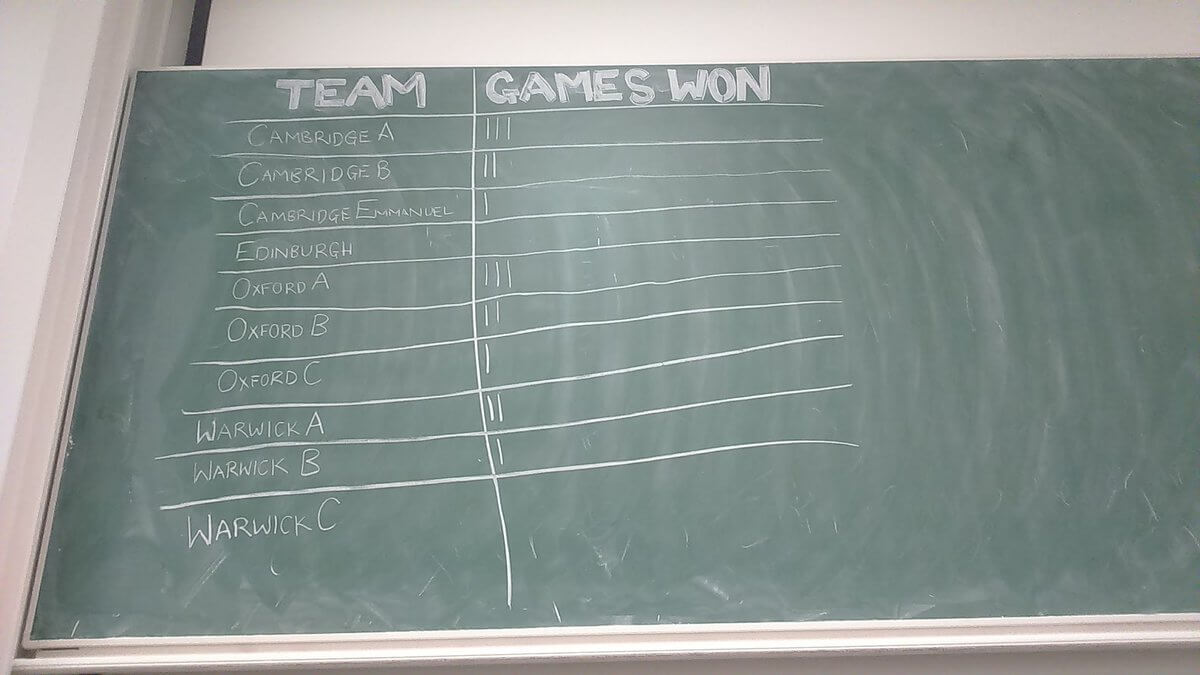 On the 20 February, the Warwick team were back on University Challenge in the quarter finals facing Bristol – so a huge crowd formed around the TV in Terrace Bar. I won’t spoil it, but it’s a very exciting episode to watch…