Help! I don’t like my chosen degree subject… – OurWarwick 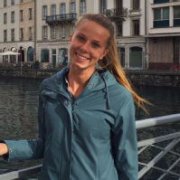 It’s been a while since my last blog post and a lot has changed since then! As some of you may have noticed, my degree description has changed from History and Sociology to Law with French Law. This is not a technical mistake, on the contrary, I have indeed decided to change courses. I want to share with you how I came to making this decision, why I almost didn’t and why I’m really glad that I did. Here are a few of the biggest thoughts/worries/emotions I was dealing with since starting my course in October 2017.

There is something wrong with me – I can’t work anymore

Having always been a good and motivated student, I was very surprised when I struggled to complete assignments at university. It wasn’t because I found them difficult, but rather because I lacked the motivation to start them, do enough research and put the words I knew I could write down on paper. I didn’t recognise this side of myself at all and actually became quite disappointed and almost worried when I couldn’t figure out what to do about it. I thought there was something wrong with me, that maybe university wasn’t for me or that I would fall behind on the plan I had made for myself. When I stopped to think and talk about it though, I soon realised that there were two things going on. First, my brain just needed a break after two challenging years of the IB Diploma. Secondly, I just wasn’t as passionate about my course as others around me seemed to be and I didn’t like it as much as I expected to. I found it difficult to admit this to myself because I had done the necessary research before choosing this course, really liked history in high school and had committed myself to it. Concluding I had made the wrong choice wasn’t natural. But I had and this quickly led to the following question.

To stop or not to stop?

The idea of stopping this course after having almost completed a third of it didn’t seem like a good idea to me. So, I tried to figure out ways in which I thought I would be able to make it through another two, by studying the module pages in depth. I knew I struggled most with Sociology and liked those modules the least so figured out how to balance the upcoming two years in such a way to mainly have history modules. And this seemed to be a real possibility. But, after the Easter break and after trying to sit down a few times to revise, I realised that this just wasn’t right for me and, in all honesty, I couldn’t see myself spending another two years doing something that deep down I didn’t really enjoy. So then the next question arose…

If not this degree, then which one?

This question was actually answered faster than I expected. First, I debated whether or not to stay in the UK, at Warwick, but after visiting one in the Netherlands and considering one in Switzerland, I quickly realised that Warwick wasn’t the problem. In fact, I really liked my first year there, the student-life, the clubs and societies and the vast amount of opportunities. So, what course then? Law is something I have always had an interest in and is even a course I initially applied for. But, as a non-UK student, it also has its drawbacks as I don’t know for sure where I want to work after graduating, an argument which initially pushed me away from pursuing a degree in Law. But, then the option of studying both British and French law came to my attention and I quickly realised that this was a really nice one. I would get to use and further perfect my French and even gain a competitive advantage by being able to practice law in more than one county. And yet, I still had a few doubts…

Another 4 years in uni? That’s too long

Law with French Law is a 4-year degree, with one year abroad in France. I was a little concerned about this at first as, in my head, I had the idea that I would be working and starting a career by the time I was twenty-one and didn’t really want to delay that. But, my parents made the excellent point that even though I want to get my life started, I have the rest of it to work so there is no need to be in a rush to start doing so. In fact, another 4 years of studying will allow me to do the things I may no longer have time to do once I start working and that actually sounds very exciting. So, although it seemed like a downside to switching degrees, there are definitely more positives to outweigh it.

The biggest thing I learned from this experience is that a change of plan isn’t the end of the world. You can’t always predict how things are going to work out, which means that sometimes, you have to be open to change, to starting over on a different path and to be open-minded. I think if you adopt that mindset, you will feel more in control and taking, what seems like a leap of faith, won’t feel as scary. I know that for me, changing degrees wasn’t a small decision to make and it took me some time to make it but I am very excited to start my law degree in October and to come back to a university I really enjoy studying at. If any of you feel unsure about your degree choice and your future one, please feel free to ask me any questions you may have. I would be happy to share my experience with you further.