Back at Puerto Montt, our original plan was to bus it first to Colloque, and then to Torres del Paine. However, having had very little time to plan, plus a little naivety on our behalf, we soon realised that getting any further south would require a lot of time, money and determination. Unsurprisingly due to the geographical nature of Chile, bussing it to Puerto Natales involves going via Argentina, whilst flying, sadly requires a money tree. Therefore after many hours spent inquiring, debating and getting nowhere in Puerto Montt terminal, we decided to at least find ourselves a hostel for the night…

Well let me put it this way. Somehow one night turned into three as we found ourselves in quite literally the Fawlty Towers of Chile. Funnily enough, in a state of exasperation, the three of us sat on the stairs of our hostel (in order to grasp the one bar of Wi-Fi available in that spot) which, I must add, was on such a slope (at times i didn’t know whether it was me having a dizzy spell or the actual foundations of the building) we found out that who would be checking into that hostel the next morning? Only our flatmate Liesbet and boyfriend Daniel! Coincidence or fate you decide, but what it did mean was for the next few days, the three of us became five as we made ourselves at home in this crazy hostel.

Despite waking up the next day to the sight of our kitchen being ripped out, and the following day walking into the bathroom only to find that the toilet had been removed, strangely enough we all felt rather at home amidst the chaos of Patrizia’s hostel. Yes, despite practically moving into the owner’s family quarters as we cooked amongst her family in her kitchen, having to walk outside and around the house to get to a useable bathroom, eating huddled around a camp table in the corridor whilst other guests squeezed past us to get to their rooms, being bitten to death by bed bugs and having to set free Patrizia’s old mother from the bathroom, we all couldn’t help falling in love with this crazy place we called home as we set about exploring Chile’s infamous lake district. 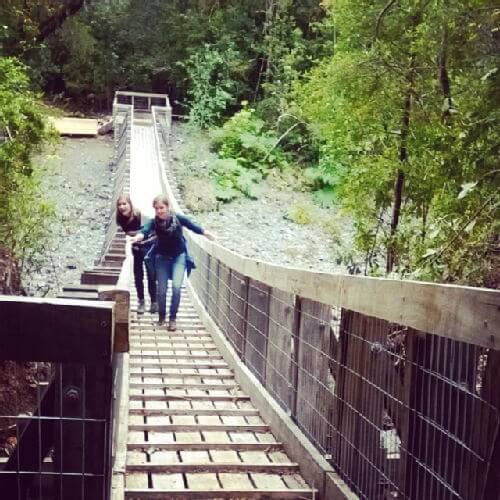 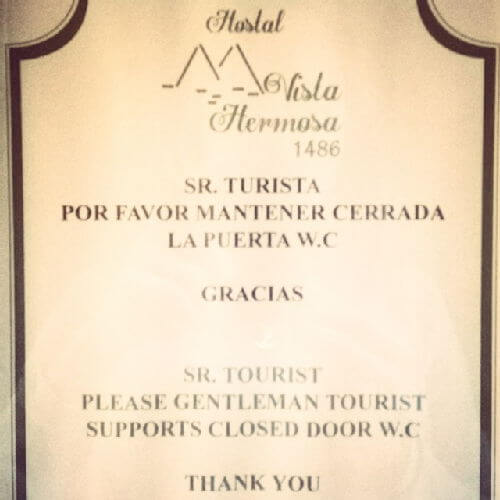 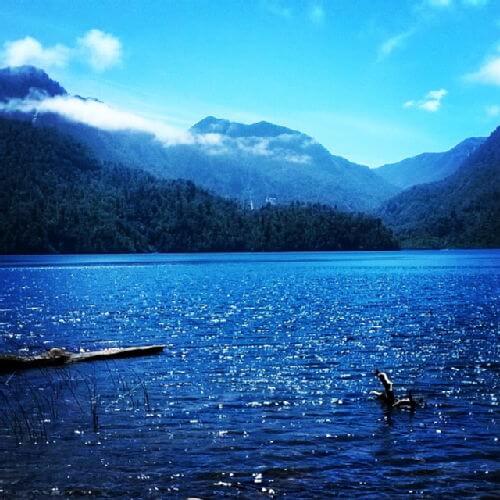 After a few days based in Puerto Montt, we decided it was finally time to say goodbye to Patrizia’s crazy hostel as well as Liesbet and Daniel, as we moved ourselves to the nearby town of Puerto Varas.

After saying our very emotional and tearful goodbyes to our Belgian flatmate who as we went our separate ways the previous day, we thought we would not see again until a possible reunion in Europe sometime next year, who did we bump into as we hopped on the local bus the next morning…yuuup it was them…

Clearly we were meant to spend one more day together, and a truly great day it was! 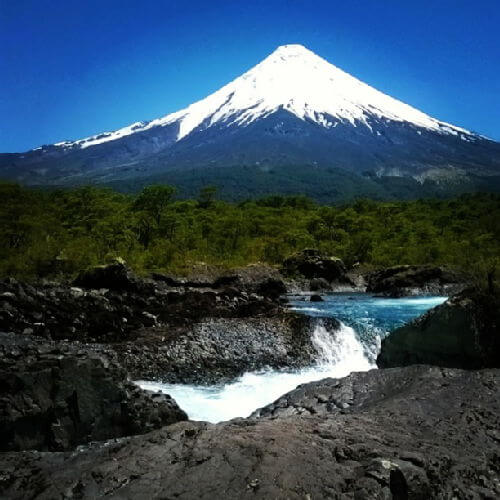 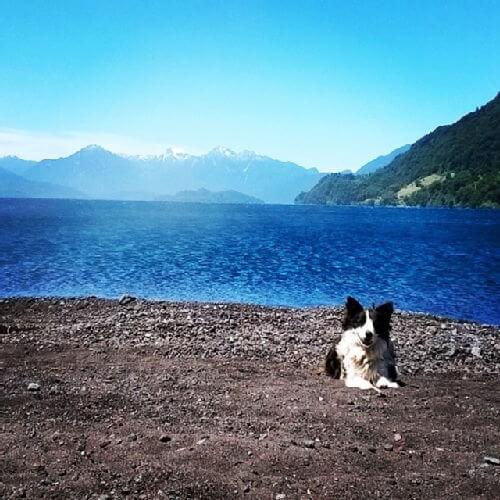 After our second goodbye as we returned to Puerto Varas, the following day we decided to go for a ‘walk’ in Cochamo reserve, having heard something interesting about a ‘some place called La Junta…granite mountains….and spectacular views.’

A two hour bus drive, an 8 HOUR hike, an Argentinian pizza, and over 80km worth of hitchhiking later, we completed that ‘walk’ we set out to do.

Cut a very long story short, it turned out that not only was this infamous refuge called ‘La junta’ a 4 hour hike away from the entrance of Cochamo Reserve, but the entrance was also only accessible by a bus which only runs to and from Puerto Varas twice a day (the last time being 2pm). Having decided we would have no option but to pray that we would be able to hitchhike back that evening as we had our hostel already booked for that night (despite being told that no cars ever pass that area), we embarked on our 4 hour hike armed with just some water and a pack of chocolate chip cookies…clever. When we eventually reached La Junta refuge, we discovered that it was…well exactly that. A camping refuge hidden amongst spectacular granite domes, waterfalls, rivers and mountains in the Cochamó Valley; quite literally in the middle of nowhere. Finally, as we passed more ‘organised’ hikers setting up their tents for the night, crossing the Cochamó River one-by-one using a rickety cable car, we arrived at Refugio Cochamó. In desperate need of food and water, luckily the Argentinian owner of the refuge was able to cook the most well deserved pizza I have ever eaten in my life.

Despite the woman’s claim that we were ‘locas’ when we told her we were not planning on staying the night, but returning that evening, after an hours break, we had no choice but to make our decent so that we would make it back before dark. Yep, a four hour hike up, meant a four hour hike back down…I still don’t know how we mustered up the motivation/energy to do it. Maybe we really are mad after all. Luckily as dusk was approaching, after hitchhiking three times and over 80km, we managed to make it back to Puerto Varas and our hostel which I forgot to mention, was certainly one of a kind. In fact the few nights we stayed there resulted in an experience I can only describe as comparable to the contemporary installation

of British artist Mike Nelson (look it up!) 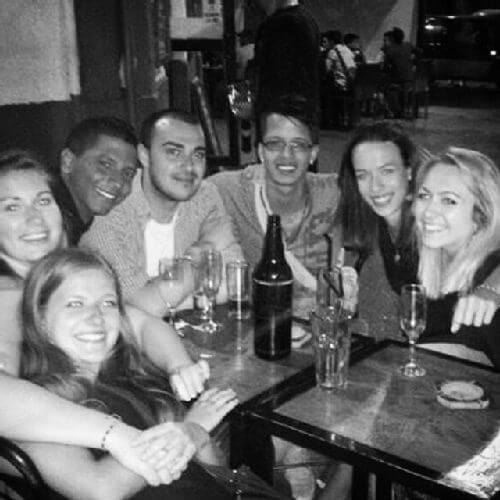 After a day doing absolutely nothing but lying on the lake front the following day, before catching our flight back to Santiago, 12pm that night, and I was back in casa Juana de Lestonac with just one and a half days to back up my 5 months of life in Chile, say my goodbyes and be reunited with the Lussanas… even further away from home…in New Zealand! 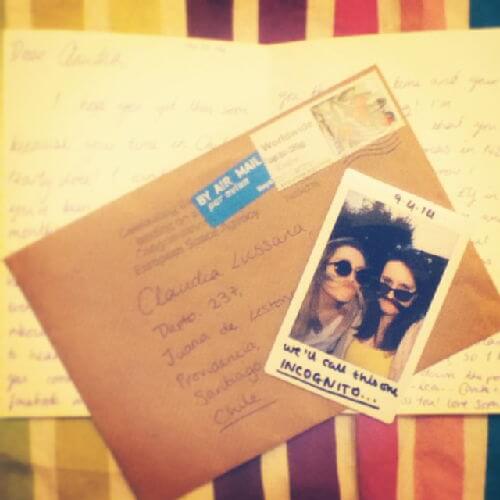 If you ever do a year abroad, you will soon realise that receiving post suddenly becomes the most exciting thing ever!