Last Monday – June 18th – was Graduation Ball (Grad Ball for short) – an event I had been anxiously waiting for as an excuse to go wild and celebrate the whole of my university experience in style. And thankfully, I was not disappointed!

Balls are a big thing at university. They’re like prom, but fancier (well, much fancier than my prom at any rate, but I guess that depends on where you went to school!) and have definitely formed some of my very favourite memories of the last three years. Most subjects hold a ball of some kind each year, usually organised by the academic societies, and sometimes in conjunction with one another. For example, for English, we have the Literature and Languages Ball which is organised by the Literature Society and various language-based societies, all coming together for one unforgettable evening of fun in around March, just before the Easter holidays. There’s obviously no compulsion to attend any of these balls, or to only stick to the ones run in alignment with your subject. Some people think they aren’t worth the money, others think they’re the best thing ever. I tend to fall into the second camp, because I always have a lot of fun, love an excuse to dress up, and I justify the price tag by the fact that I don’t regularly go out to bars and clubs so I probably save quite a bit of money there compared to the average student!

Graduation Ball is a bit different to the other balls I’ve been to before at university because it’s organised and run by the SU instead of individual subjects or societies, and is a much bigger event. This year, a ticket cost £53 but it was definitely worth it for an evening I’ll always remember, spent with one of my closest friends celebrating the end of our degrees and life as we know it (sob…)

I appreciate that not everyone will be familiar with the concept of events like this, so I thought I’d just give a quick little run-down of how the night panned out for anyone who might be interested.

In the afternoon, I got the bus into Leamington from Coventry to get ready at my friend’s house. I was there at about 1pm as we wanted to leave plenty of time to get ready and also knew that we’d be so busy chatting we were bound to get distracted from doing our hair and makeup at some point! (This happened, as predicted, many many times). At about 4, we were lucky enough to get a lift to campus from a friend so that we didn’t have to get on the bus in our ballgowns. On campus the photo opportunities commenced with lots of shots taken of each other around the Piazza, as well as meeting up with many other friends who were all gathered together waiting and admiring everyone’s outfits. There’s no strict dress code, so people interpret the evening however they like, but usually it’s a smart dress for girls and a suit for guys! Luckily, the sun was shining, so it was a pleasant evening to spend a while outside on campus. The coaches left at 5:15 to take us to Birmingham, where the ball was being held. It took about half an hour to get there and when we stepped out of the coach a photographer was waiting as we all filed in.

There was a little bit of a lull while everyone consulted the table plan, found their seats, and waited until everyone had arrived. Then it was time for dinner, which was a lovely four course meal with salmon for starter, orange sorbet for a palate cleanser, beef for main, and cheescake for dessert (the food obviously varied for dietary requirements such as vegetarian). The spaces between courses left opportunities to say hello to the friends you spied sat at neighbouring tables and take many more selfies, of course!

After the last scrap of food had been eaten, everyone moved into a second room where the entertainment began. At first, the music was just a backing track while people made their way to the dancefloor or the tables surrounding it, but before long a live band came on stage and began performing everyone’s favourite hits. A lot of dancing ensued – many a girl abandoned her heels in favour of dancing more freely, and the floor quickly filled up. Meanwhile, there was also a photobooth complete with dressing up options which was very popular and had quite a queue stretching across the room with everyone wanting those one-off Grad Ball branded photos!

The hours flew by on the dancefloor (breaks were definitely needed every so often to recharge) until it was time to head back home, utterly worn out but filled with joy. The coaches started leaving at about 11:30 (I think) and we got on one at 12:30, where the next challenge was to stay awake until we reached campus! Although everyone had to board the coach from campus at the beginning of the night, they dropped us off either at campus or in Leamington, so while I got off at campus and waited for my boyfriend to very kindly come and pick me up at 1am, my friends continued back to Leamington where the coach dropped them just a short walk from their homes.

All in all, it was a really lovely way to celebrate the end of university and spend some treasured time with my friends before we parted. It’s not everyone’s cup of tea, but it’s an event I’ll remember for a long time to come. 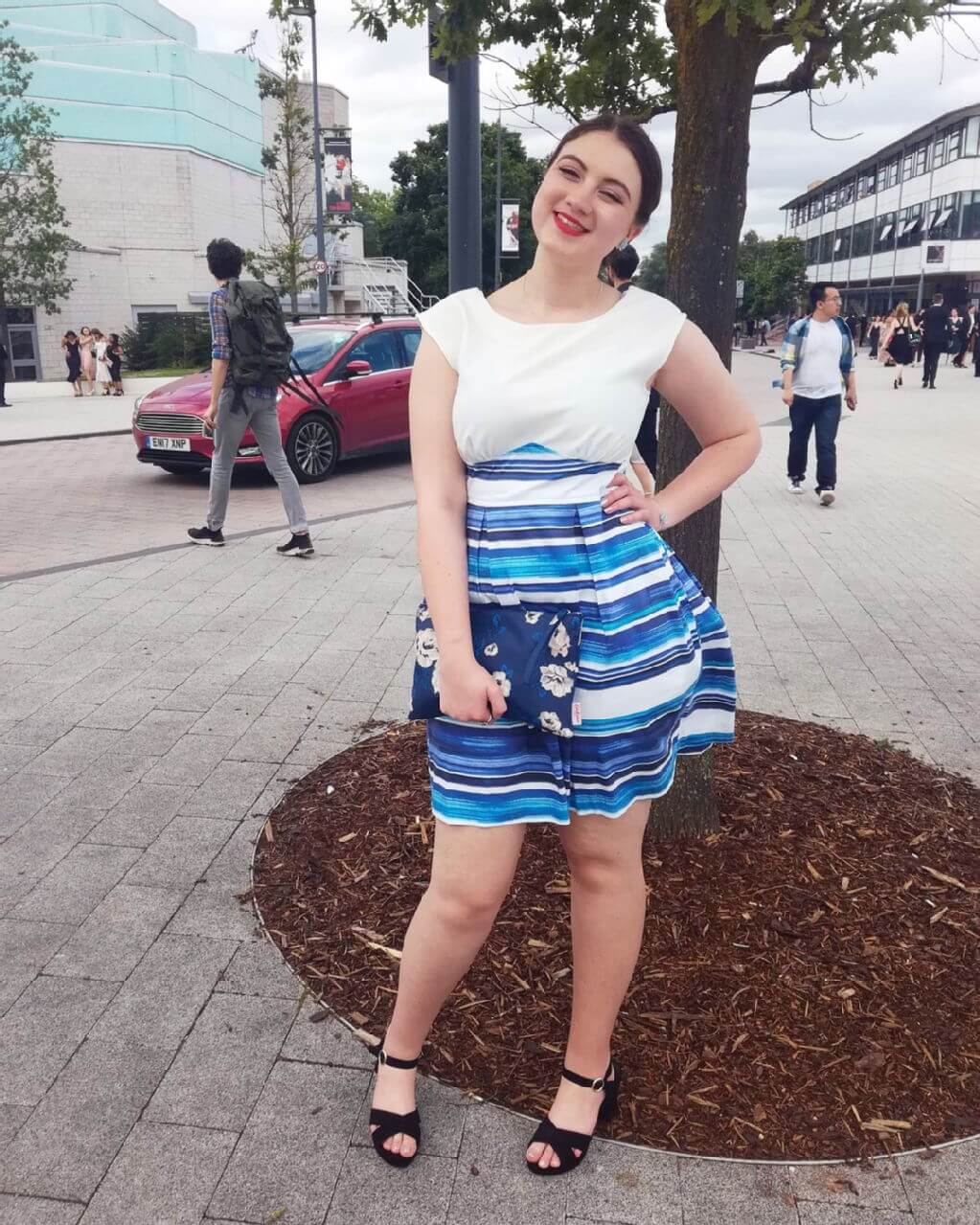 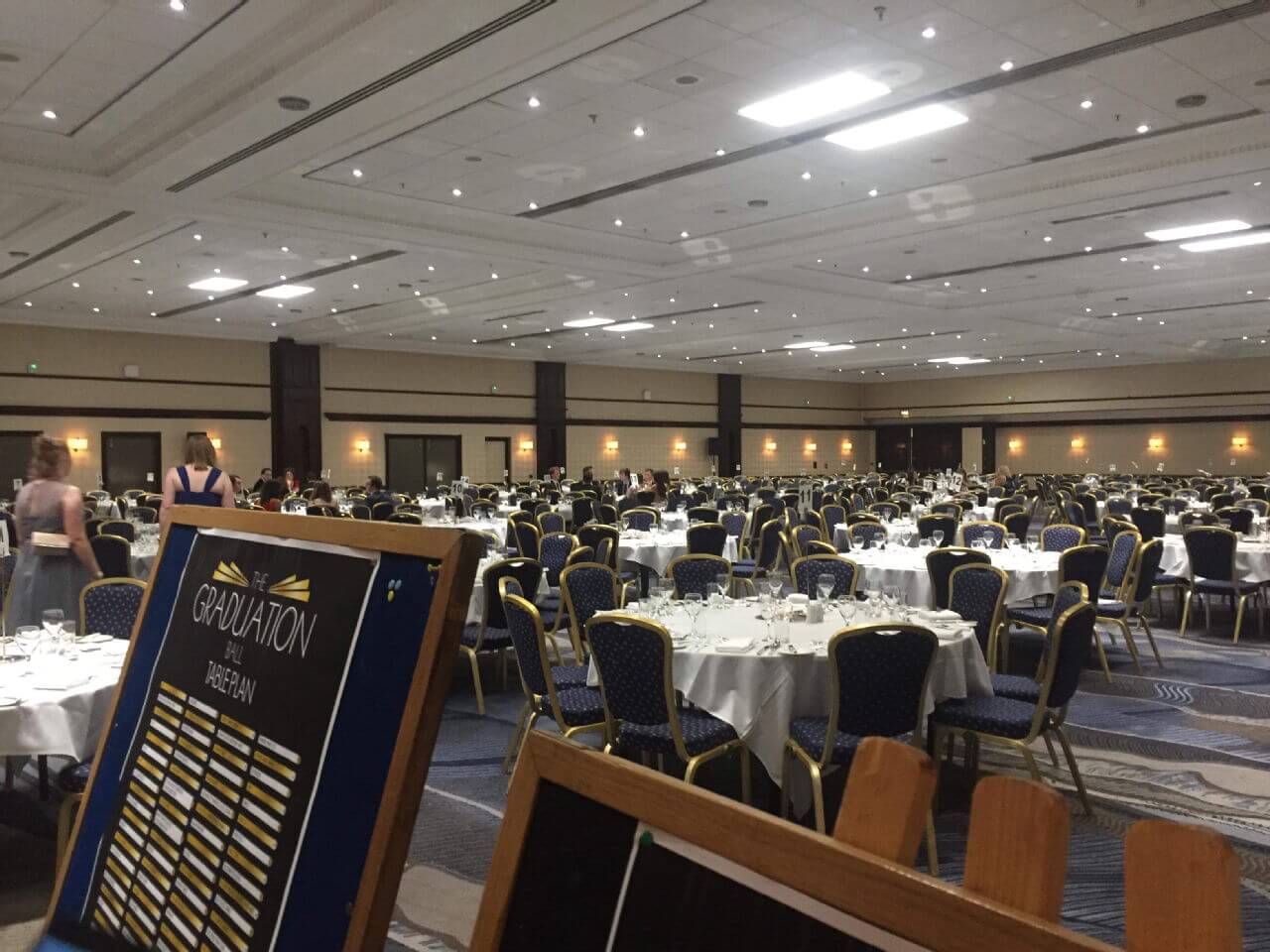