With the end of term (and associated deadlines!) drawing ever closer, I thought it a good time to look back a couple of week to the field course, one of the fun bits of the year so far! Having learnt all about rocks in the first few weeks of term in my Geotechnical Engineering module, the field course was a great way to match that with practical reality of site investigations – by which I mean mud. So much mud! Over the three and a bit days we spent there they kept us rather busy, so I thought I’d give a rundown of some of the main bits I got up to.

As our lecturers have repeated to us many times, any civil engineering project should start with a site investigation, and what’s a site investigation without a few boreholes? After arriving at the accommodation the night before, we had breakfast then rocked up to a rather muddy field, already chewed up by the efforts of the previous group a couple of days ago. Then, we were split into groups of two and three, given a spade, an auger and a hard hat, and told to get to it!

This meant turning the auger into the soil to get a sample, yanking it out again, having a look, then repeating until we collectively decided it was time to go home. Our group got down to the heady depth of 1.8m, mostly through some grey stuff that was either clayey silt or silty clay – much of a muchness to be honest. I’ll be using this data to put together a factual report on the site due in a couple of weeks. 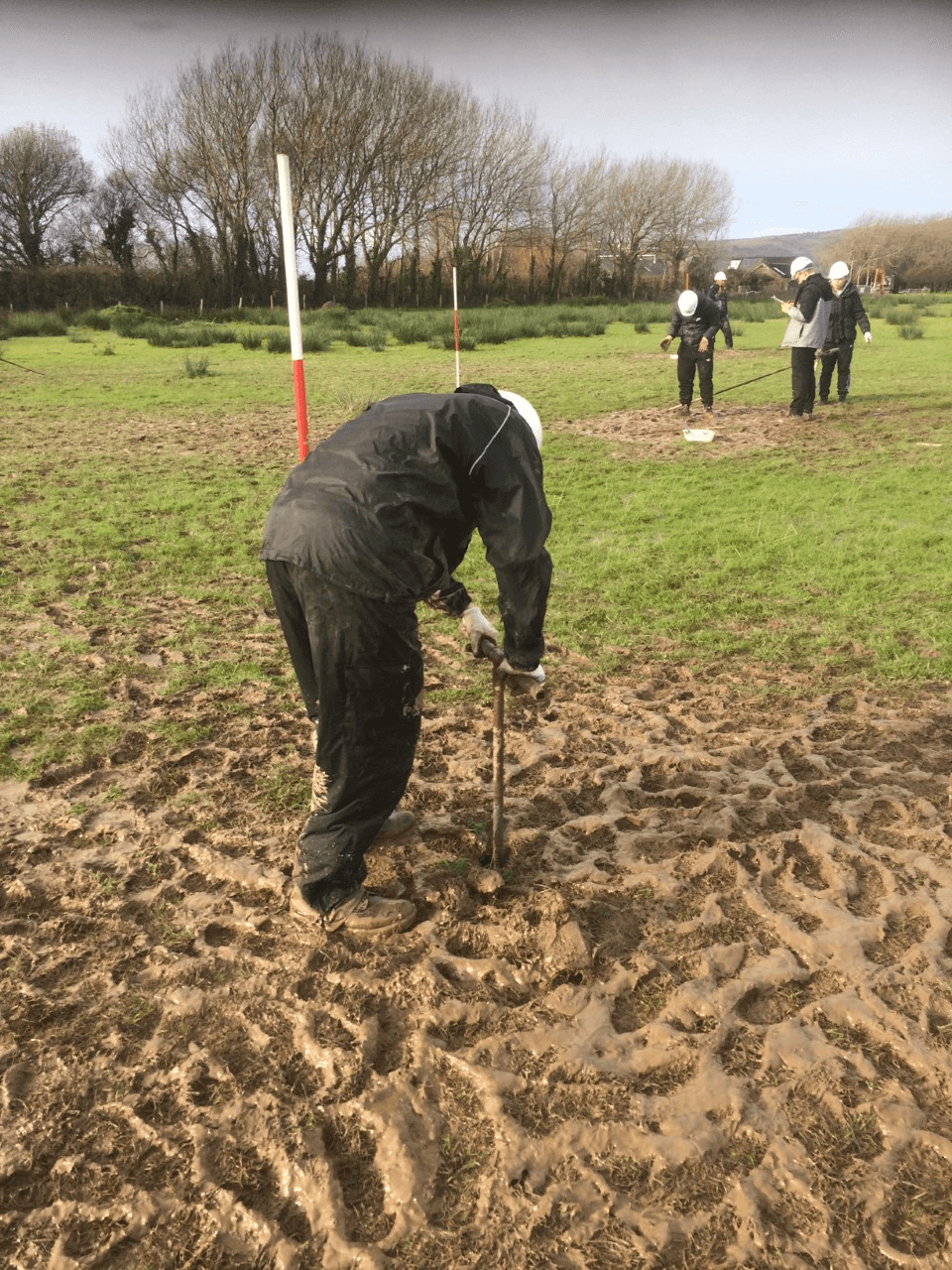 On the next day we were taken down a mine to look at some rocks. A friendly guide gave us a brief overview of the history of Welsh slate mining and pointed out the various shear drops to avoid as we made our way through. Our task was to make some measurements with the ultimate aim of calculating the Rock Mass Rating, which can be used to estimate how long a tunnel can stand up for. Interestingly, my calculations indicated the one we were in should have collapsed a few months after it was dug. Given the mine hasn’t been used for decades, I’m somewhat untrusting of my results!

Mixed in with the big activities were visits to various dams and bridges, the features of which our lecturers described to us with great enthusiasm. The trip ended with a visit to Aberystwyth town, certainly one of the more interesting nights out I’ve been on over my time at uni. All in all, the field course was a nice distraction from the various commitments of third year, and a nice chance to get to know some of my coursemates better. Certainly recommended!