Gathering your costume for Circle – OurWarwick

Gathering your costume for Circle

It is a well-known truth that costumes are a big part of university life anywhere, however at Warwick it is a rite of passage. Every Wednesday, students from all over campus and the greater Warwickshire area gather in the Copper Rooms (the on-campus club) for an evening of debauchery and mysterious Purple liquid in the form of a Circle.

a ​continuous ​curved ​line, the ​points of which are always the same ​distance away from a ​fixed ​central ​point, or the ​area inside such a ​line:​ Coloured ​paper was ​cut into circles. We sat in a circle.

a group of Warwick students connected by an interest in a sport, charity, food, hair colour, breathing etc. gathering for ritualistic drinking games that evolved from amusements for children, under the ruthless hand of their social secretaries, whilst dressed in costume. Let’s initiate a Circle because I hate my ear drums and liver. A Circle was formed and the students were immediately escorted from the premises.

It defines our student body, and is a tradition treasured more than the Koan itself. I’ve even heard that Sting takes inspiration from Disco Dave’s revered playlist. But, when glancing around the circles I have taken part in, it seems that for many the costume aspect of this louder variation of pre-drinks can be difficult for some. Haphazard bits of tin foil and cardboard don’t quite cut it for me, and some sports teams have dropped the concept of fancy dress altogether (matching ties? Really?). Therefore I am compiling a list of fancy dress staples so that you’re ready for any theme at a moment’s notice, without any emergency (and expensive) Planet Bong stops!

Cardboard and paint: Cardboard can literally turn you into anything with a bit of effort with the scissors and paintbrush so these two are an absolute must. Cardboard can be collected through pizza and amazon boxes, but also supermarkets will give you a load for free if you ask nicely.

Duct tape: You get the picture. 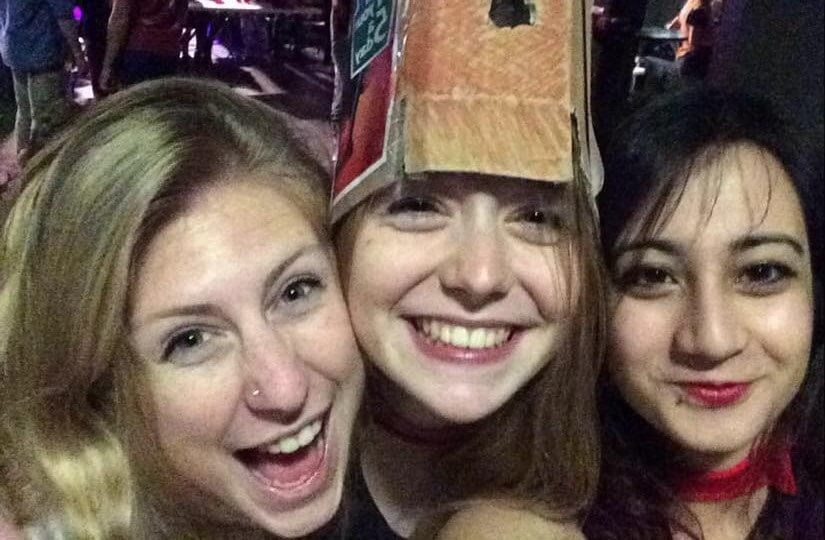 Animal ears: Good to have something generic as animal themed circles are common in Term 1 when the first years settle into the swing of things, but also can be easily adapted to fit other themes like tv show characters.

Obnoxiously coloured t shirts: You can’t turn up to a minions circle without a bright yellow tee! As well as for wearing, XXXXXL t shirts make fabulous capes and other accessories. Just don’t go to H&M; Leamington is blessed with a variety of charity shops up and down the Parade that will give you what you’re looking for, and more, in a far cheaper and more environmentally friendly way! 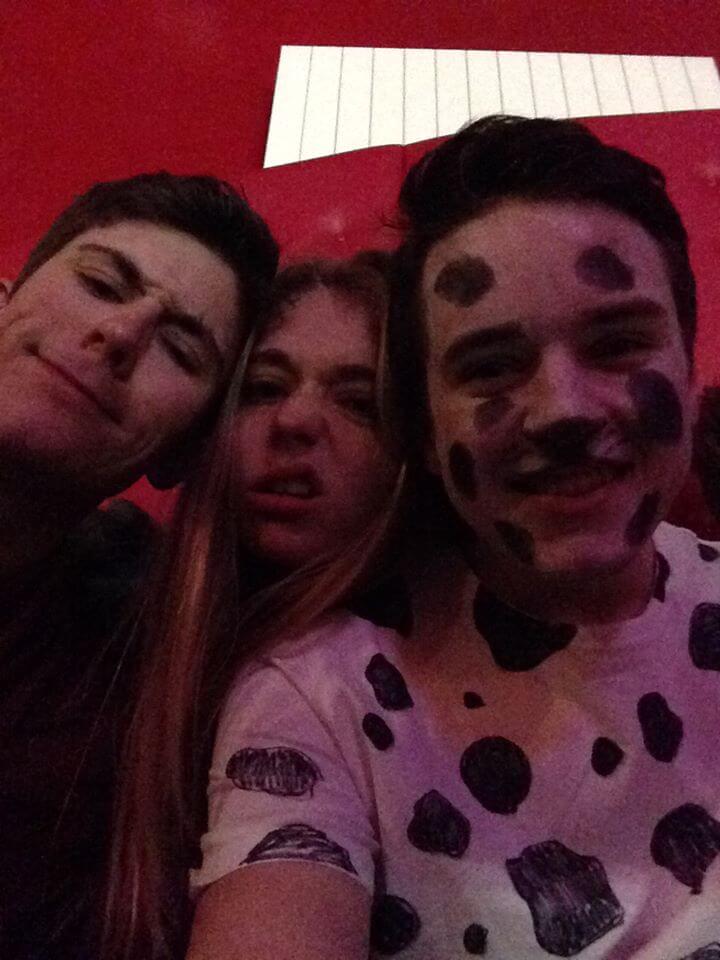 Pirate hat: Wouldn’t recommend buying too many hats, because they are far too often lost to the smelly, stickiness of the floor or American Football, however pirate themes are very common and you can get a nice brown one for 4 quid from Planet Bong.

Face paint: A jumbo pack between your flatmates is a worthwhile investment opportunity. 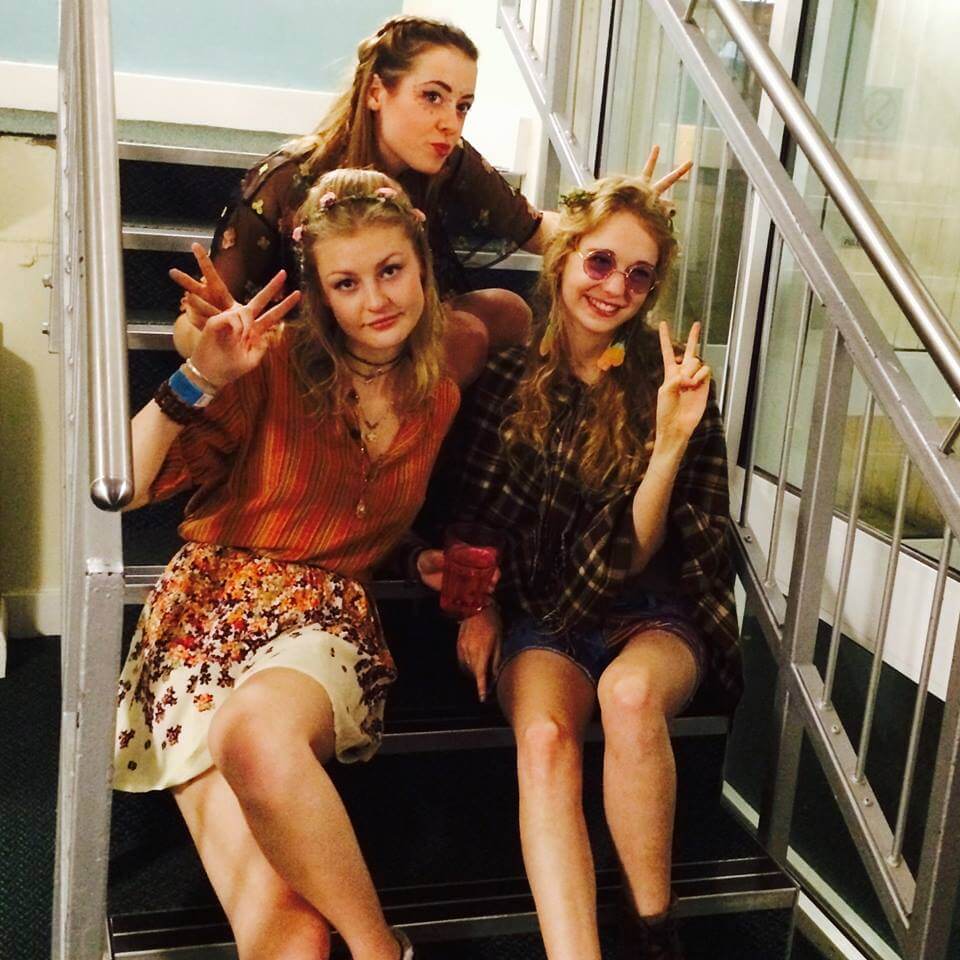 Old plastic bags/ Wrapping paper: If you’re buying something new for ‘Anything but clothes’ circles then you are doing it wrong.

Plain shoes: The first pair of shoes you wear to Pop will be the only pair. Unless of course you lose them to the Purple layer of quicksand! The ideal footwear for circle will be shoes that you don’t mind getting dirty, and don’t make a statement so they can be adapted to your costume.

Creativity!!!!!!!: A cat is not appropriate for Halloween- think harder! Use a play on words to make your costume funnier, or pick a niche costume idea and paint it on a sheet of card that you can turn into a sandwich board. No excuses for being boring.

Have a fun, and fashionable, Pop!

P.S. There are plenty of non-drinking socials available at Warwick University, and by no means is circle limited to alcoholic beverages. And of course, costumes are for everyone no matter what your stand on alcohol, so no excuses for looking rubbish!