From Surrey to Santiago, the countdown begins… – OurWarwick

From Surrey to Santiago, the countdown begins…

It seems hard to believe that in just 16 days; I will be on a plane heading across the Atlantic to what will soon be my new home for the next 6 months. I cannot stress enough the extent of preparation undergone over these last couple of weeks. It has been pretty chaotic; I’m not going to lie, with my faithful philosophy of taking one day at a time seemingly more appropriate and necessary than ever.

Visa in hand outside the Chilean Embassy

In fact, it seemed that as soon as exams finished and the summer hype around campus which followed gradually wound down, the reality of my year abroad suddenly hit home. Therefore, whilst my Facebook newsfeed slowly became inundated with generic summertime statuses and instagrammed (is that a word?) polariods of blissful beaches, all of a sudden, having returned from university, the little time I’ve had at home rapidly started to become increasingly consumed in year abroad preparations…THOUSANDS of forms to fill out, including learning agreements, university contracts and references which needed to be signed by this department and that, not to mention the mountain of paperwork involved in applications for police certificates, medical reports, and travel insurance for my visa alone…and then there were the vaccinations, hours scouring through the likes of skycanner, expedia and google maps calculating and researching everything from flight durations, transfers and prices, to the routes I will have to travel each day to and from my accommodation and the university campuses (and whether I will have to take a combination of the bus and metro if I stayed at one accomodation or just the metro if I stayed at another) along with the areas of Santiago which let’s just say are best avoided by a fresh-eyed and fair haired exchange student. This was on top of the countless emails and telephone calls to various landlords, airlines, embassies and student finance helplines… 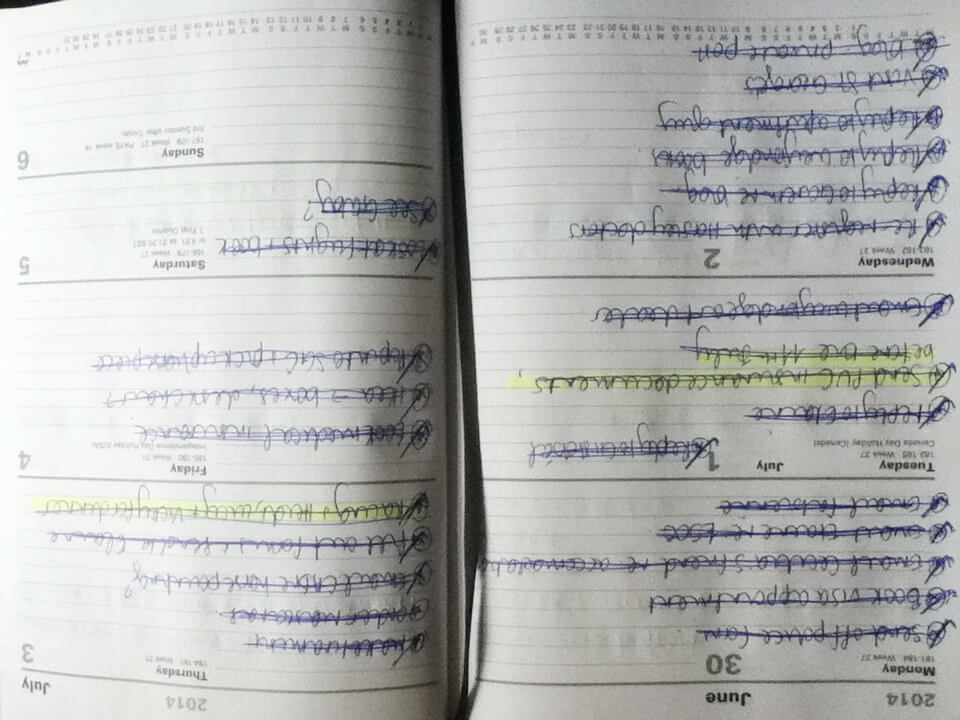 Lists are my life.

…oh and I forgot to mention we’re moving house as well!!

Please don’t let me scare you though, a year abroad is inevitably going to require a lot of preparation and careful research, but it’s all just part of the experience. Having to liaise in Spanish about things such as accommodation and visas is just the start of what is to follow, and is something that you must embrace to a certain extent. After all, as a linguist, having to deal with these everyday necessities and practicalities in a foreign language is what this year abroad is all about; immersing yourself in a completely foreign culture.

Yes, it’s fair to say that the last few weeks have been pretty manic, but it all seemed worth it when this week after a trip to the Chilean Embassy, I was issued my student visa and consequently found myself overwhelmed by an immense feeling of excitement. 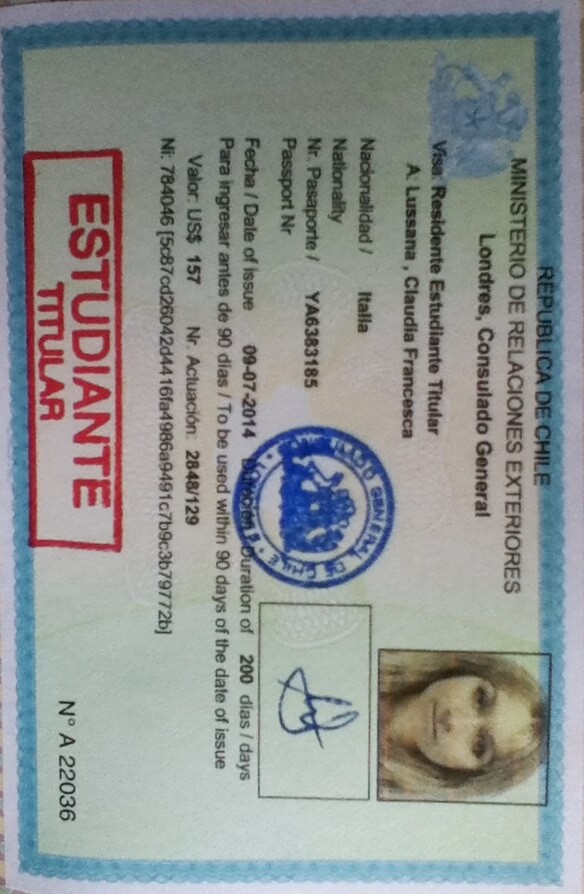 Yes, this is definitely happening!

I was even beginning to feel quite chuffed with myself as sat next to a family of Chileans on the big ornate sofas of the Chilean Embassy’s waiting room, I began to subconsciously find myself recognising their use of the imperfect subjunctive…(those pesky grammar exercises must have had some effect)!

Love it. Those Chileans…

Also so far from all of my (albeit few) encounters with Chileans (by few I mean the various people I have recently been in contact with such as professors from the university, landlords in Santiago, and the likes of cuties such as Mario from the Chilean Embassy) they have all been really friendly and helpful. As an owner of an Italian passport, trust me when I say that compared to the workings of the Italian Embassy where it is almost impossible to speak to someone over the telephone, the universities which take weeks to respond to emails (if ever), and Italian bureaucracy in general, the Chileans certainly seem rather efficient and organised. 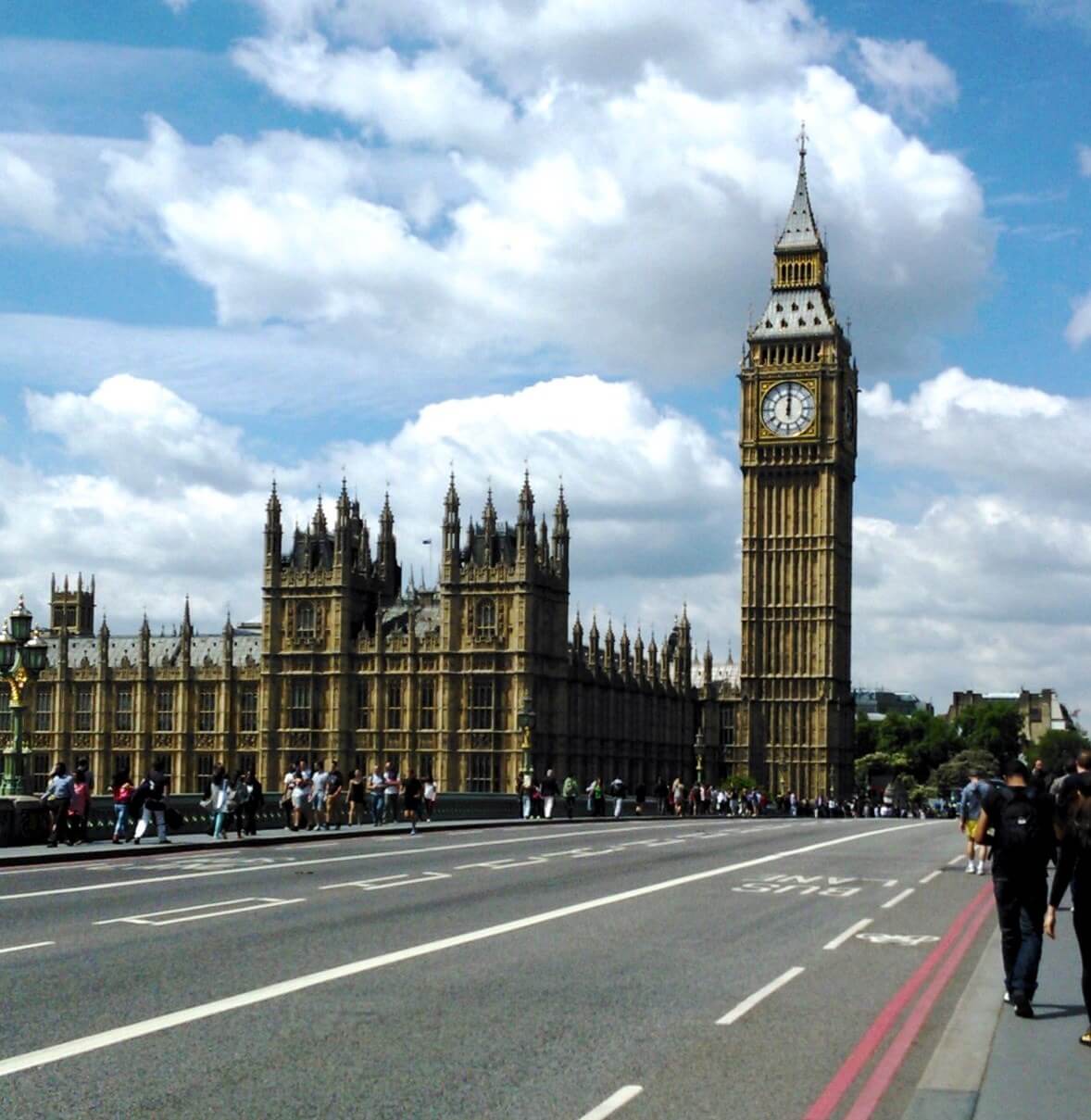 Trip up to Westminster for my Visa

I suppose in many ways, I am experiencing many of the same emotions as those about to start university as bright-eyed freshers in September…after all, come the end of July I will once again be enrolling as a new student at an unfamiliar university in a foreign setting. In fact, my first day at Warwick was a day I remember very well, a day full of a mixture of emotions especially during the car journey up to university on arrivals weekend; as expected I was nervous and a little anxious as in all honestly, starting university can really feel like you are talking a massive jump into the unknown; will I make new friends, will I like my course, will I manage living away from home properly for the first time? However, at the same time I was excited and eager to start this new chapter of my life. Funnily enough, I remember that the first person I met that day was the Italian Erasmus student who lived opposite me last year in halls. I was hastily trying to unlock my room door with one hand whilst awkwardly balancing a box on my hip with the other, my mother and brother behind me. As she appeared from her room she immediately greeted us and introduced herself with a beaming smile and handshake, even asking me whether I wanted to join her and her friend for lunch. Later as we subsequently continued to make our way into my room, I remember thinking from that moment that everything was going to be ok… and it was. 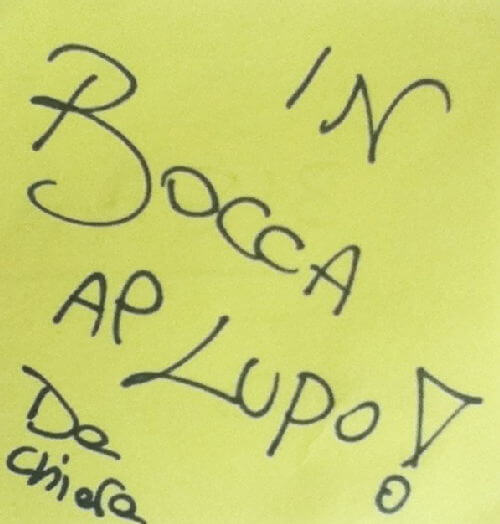 What I am trying to say is that when arriving at university for the first time whether as a fresher straight out of A-Levels, international student, or exchange student, it is important to remember that everyone is in the same boat. I think when I actually arrived on campus and began to meet new people and realise this, I became gradually more and more at ease and the first few weeks seemed to fly by. In fact before I knew it, it was already the Christmas holidays and I had already completed my first term at university.

Anyway, back to Chile. With a little over a fortnight until I too embark on a slightly terrifying yet immensely exciting new chapter of my life, I can’t decide whether to write my next post in Santiago or Surrey…you will just have to wait to find out…