From Buenos Aires to Bolivia: PART 1

Another week, another country it seems. From Argentina the weekend before last, to the Atacama desert and Bolivia last week. Yes, three different countries in the space of just one week…not bad I’d say.

As well as bringing a much anticipated spring to the southern hemisphere, September here in Chile is also the month of the Fiestas Patrias; most commonly referred to as simply the Dieciocho. The 18th September here in Chile marks Chile’s independence day, and therefore as well as being a national holiday, consequently calls for a week of patriotic festivities including Chilean asados, parades, music and dancing including Cueca competitions, many of which take place in Fondas or Ramadas (temporary buildings that house the celebrations). Cueca for those wondering is Chile’s national dance, and a rather strange one at that, supposedly symbolic of the mating ritual between rooster and hen! Anyway, as traditional costumes slowly began to fill the isles of supermarkets, with flags seemingly beginning to appear from every building, a trip up north to the driest desert in the world was calling our names…so to the Atacama desert we went! 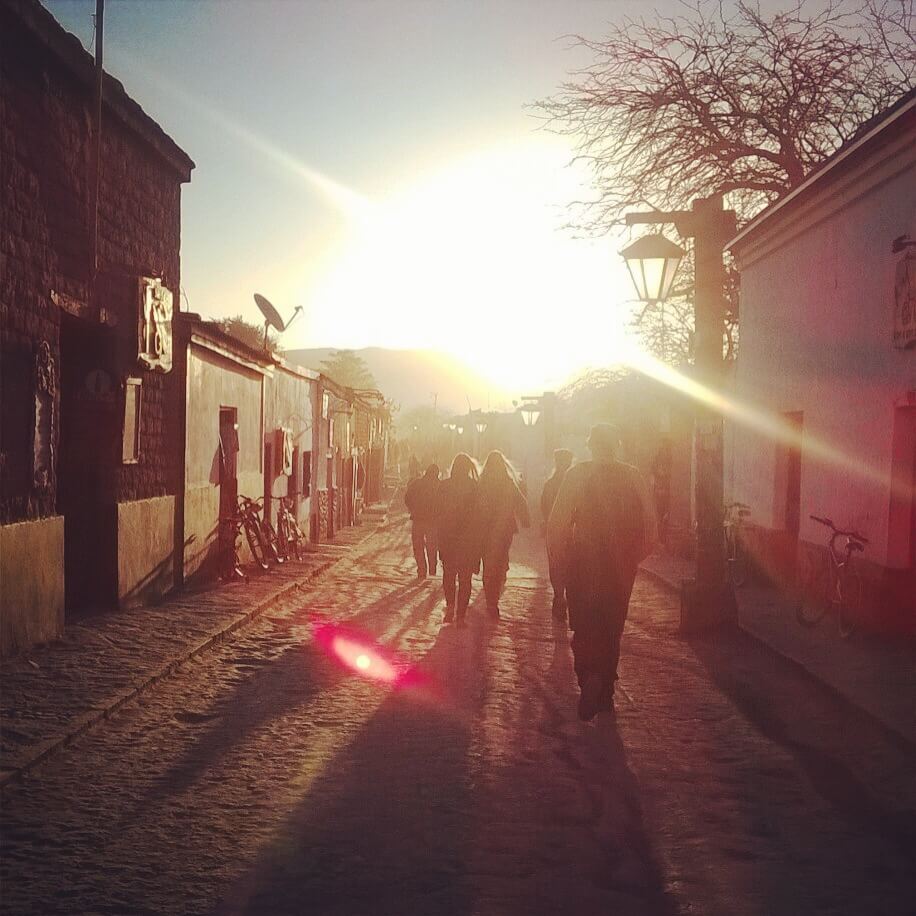 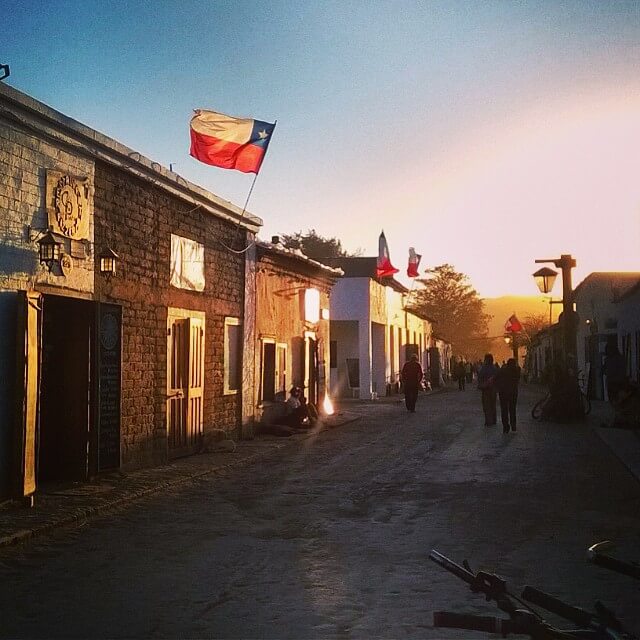 …but it didn’t stop there. After the one hour and 45 minutes flight (it was a unanimous decision to opt for flying rather than the 28 hour bus journey) from Santiago to Calama airport (quite literally an airport in the middle of the desert), the following day we crossed the border over to Bolivia and embarked on a simply incredible four day road trip through the Andean region of Bolivia.

I sometimes think that I simply just attract drama as before our trip even started, it looked like I was going nowhere at all. Having reached Bolivia’s migration quarters, I was told that I couldn’t in fact enter Bolivia as after having waited over three hours upon leaving Chile to get my passport stamped at the border control, it seemed the Chilean official hadn’t actually stamped my passport after all, only a flimsy piece of yellow paper which in a clueless state, I handed over to the scowling Bolivian official. After a heated few minutes of utter confusion, I was allowed to enter having to repeatedly assure the official that I understood the fact that it was apparently all my fault as I should have known what I needed to get stamped. Hmm… 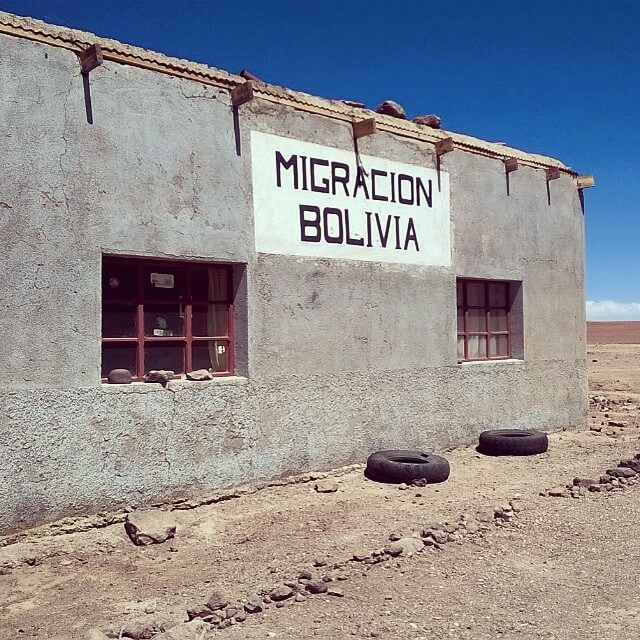 I should probably also point out at this stage that before arriving at Bolivia’s Migration my friends and I were told that we couldn’t even leave Chile without another document; this time a flimsy blue sheet of paper we were supposedly given upon first entering Chile back in July. I would say that the altercation between ourselves and the bus driver lasted approximately 7 minutes and still much to our amusement went something like this…

Us: Porque no tenemos!

Us: Porque no tenemos!

Us: Porque no tenemos!!! 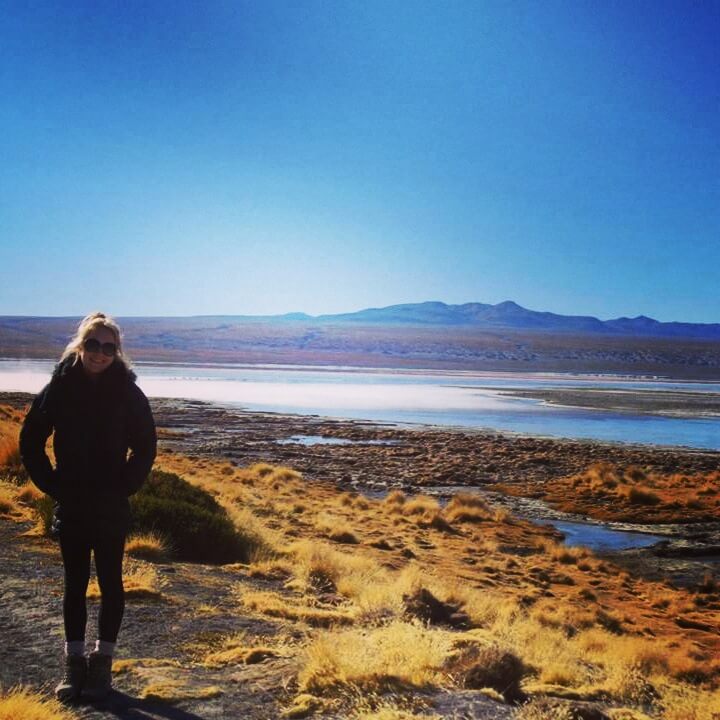 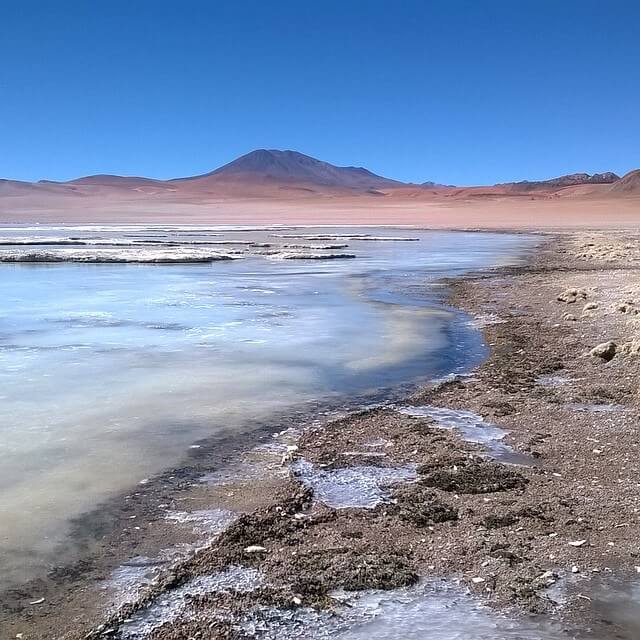 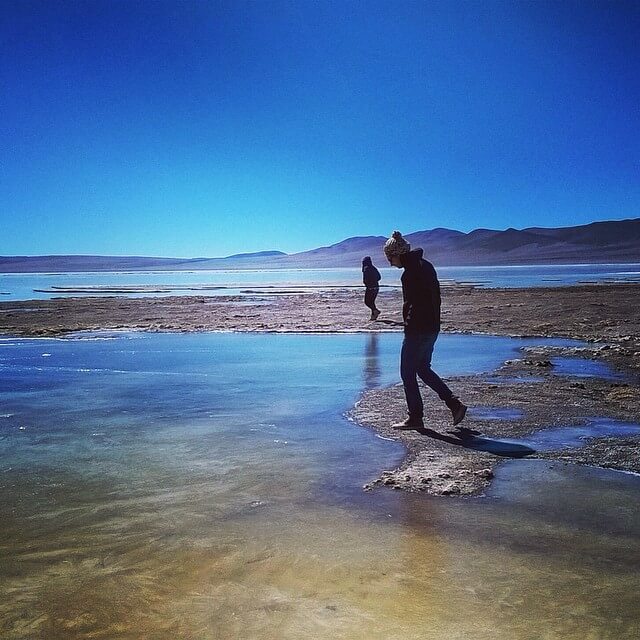 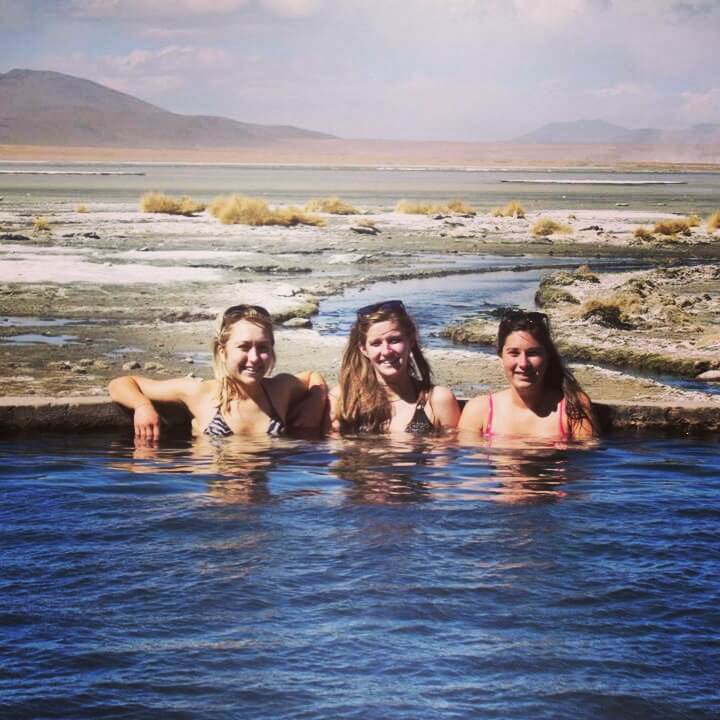 So many llamas and alpacas!

Having reached nearly 5000 metres above sea level by the time we arrived at our refuge for the night, it is fair to say that altitude sickness had certainly descended upon some, myself included. In fact, with no showers and just a couple of hours electricity in the evening, along with a permanent headache, dizziness, -15 degrees Celsius temperatures and the crushing feeling due to an inability to move under the sheer quantity of blankets and sleeping bags, most of us only managed to get a couple of hours sleep mainly due to the increased speed at which our hearts were racing all throughout the night. I can only put it down to the altitude which also seemed to make us need the loo quite literally every 20 minutes much to our driver, Miguel’s amusement! 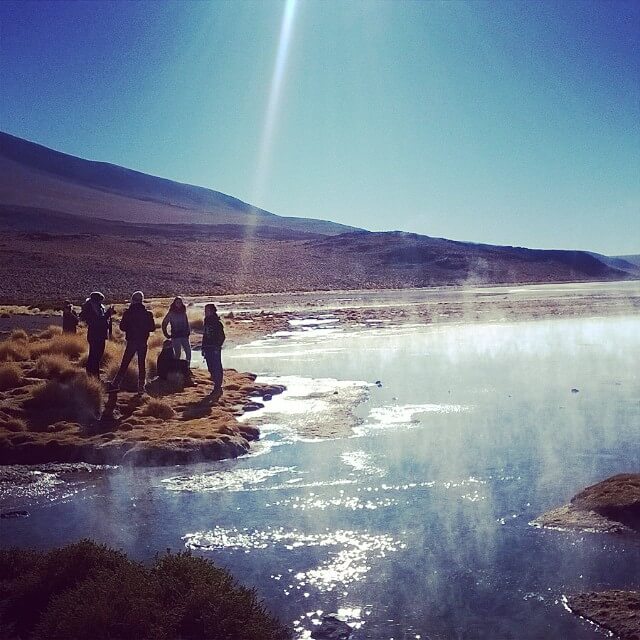 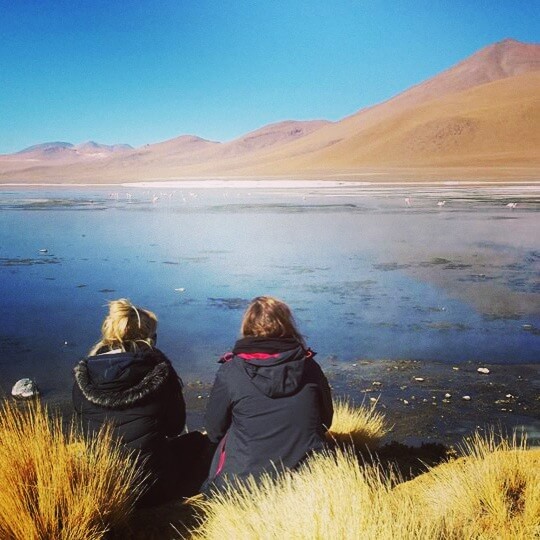 Those are flamingos in the distance!

The Tree of Rock

After a 6am start (it soon became clear throughout the trip that each day would require us to get up even earlier than the last) we once again set off through the Siloli Desert. Covering miles and miles of spectacular landscapes ranging from lagoons, geysers, volcanic rock formations and arid desert, whilst driving to the beat of Miguel’s playlists which ranged from 80s classics, dance floor anthems, power ballads and Bolivian rap, the sensation that overcame me was about as surreal as the work of Salvador Dali whose bizarre surrealist masterpieces were in fact inspired by such landscapes, now known as el Vale de Dalí.

[See next post for the continuation as it seems I have reached my character limit!] 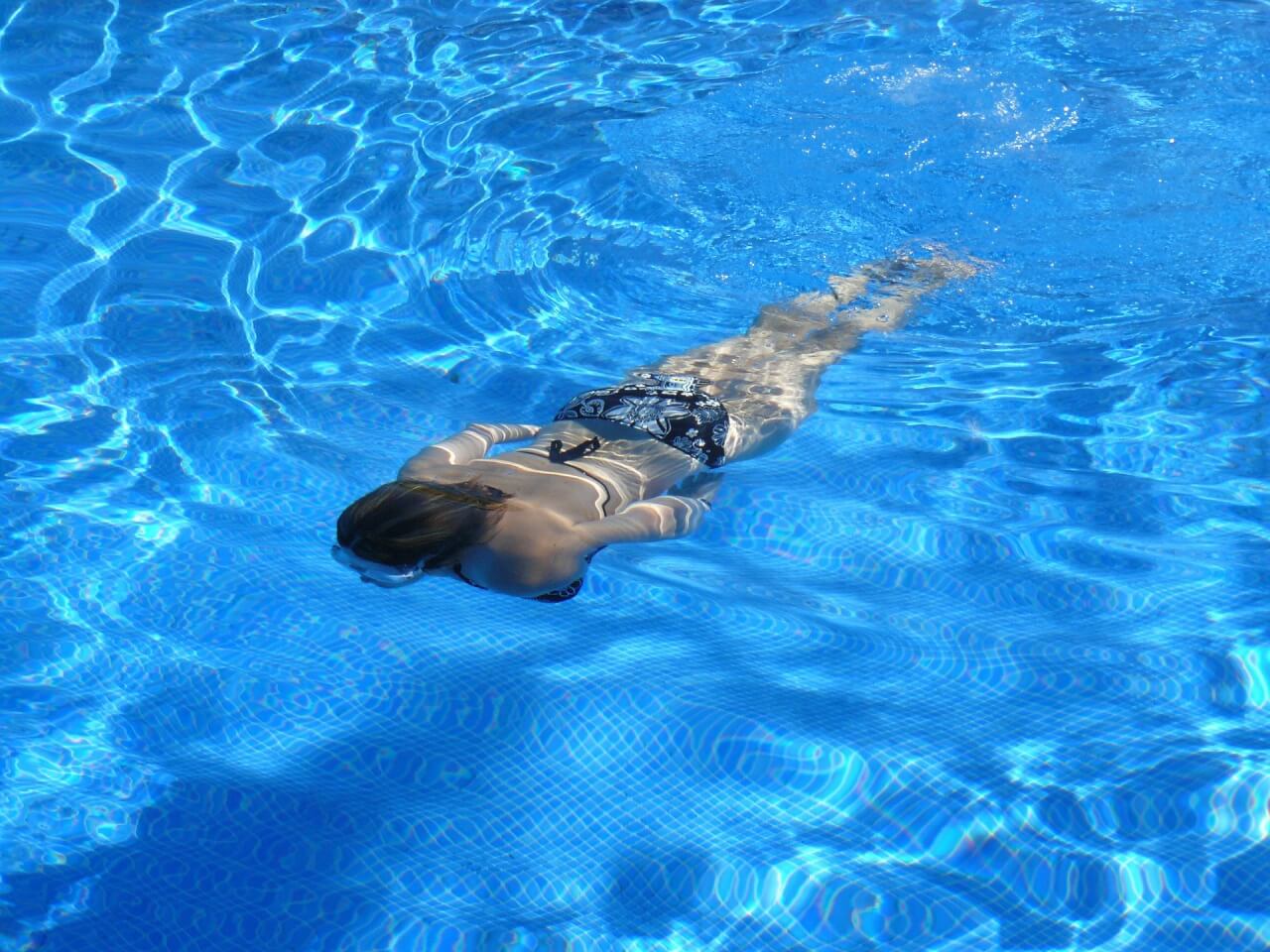 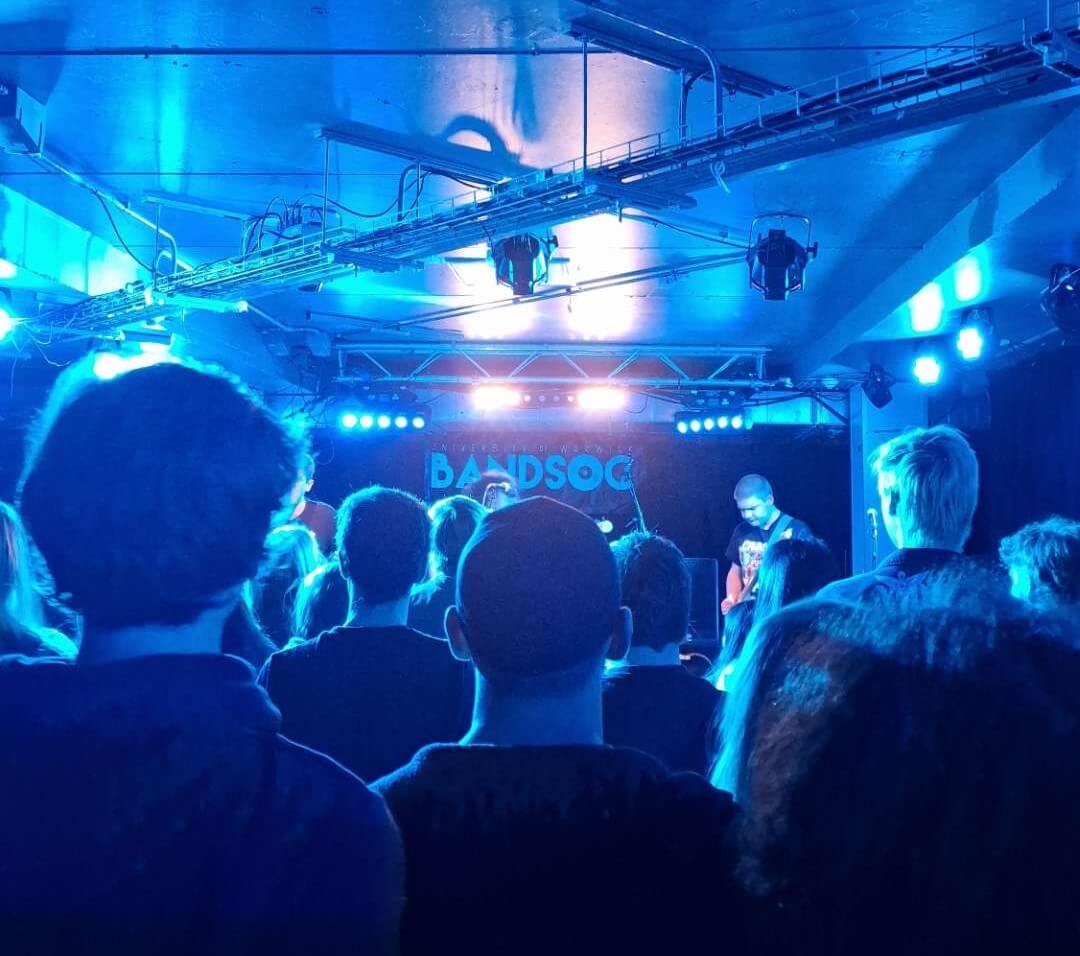