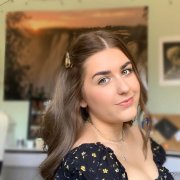 Megan McElroy | English Literature Contact Megan
English, Going out, Halls, or something else!
Find out more about me Contact Megan

Coming to University can often be filled with a lot of uncertainty.

When I was preparing to move into halls and start my time at Warwick, I actually had no idea what my academic year would look like and what modules I would be taking.

For a while, I was quite unprepared!

This is a list of the modules you will take in first year, and what to expect.

I must stress that by no means should you feel the need or burden to do extensive preparation.

Whilst doing some reading on the reading lists is a good idea, do not feel any pressure to exert yourself over the summer by trying to read every text on the syllabus.

Also, it should be noted that this list is only applicable for straight English Literature, and your modules will differ if you are on a combined course.

The shape of your first year

First Year, i.e. Level One, is made up of four compulsory 30 CAT modules.

Chosing your modules is something you only have to be concerned about in your intermediate and final years.

These four compulsory modules are perhaps the best way to introduce you to all types of literature.

Many students, including myself, begin the year adamant that they know what their favourite genre is, or their preferred field of study.

This is put to the test with the four modules you will study, and often, you discover new areas of literature that you would never have come across otherwise!

30 CATs means that your module will span across two terms. The easiest way to think about that is that 15 CATs is like half a module, and 30 is a whole one, as you need 120 CATs to complete the year.

This module is an introduction to the practices of criticism.

I found that this module was the most significantly different from my studies of English before, as critical approaches were something that I simply hadn’t had to use before.

Modern World Literatures is an introduction to some of the defining concerns, historical contexts and characteristic formal features of modern world literatures from 1789 to the present.

Lots of people enjoyed this module because of the pace; you get to interact with a number of different texts, such as Kafka’s The Metamorphosis or Brecht, Mother Courage and Her Children.

Modern World Literature is also concerned with the question of modernity and the role of literature in relation to contemporary cultural debate.

Epic into Novel was the module I was most apprehensive about, I managed to convince myself I would dislike every text and perform terribly. This was absolutely not the case!

Whilst the genre of texts were unfamiliar to me, give the module a chance and I am almost certain you will end up enjoying it as much as I did.

On the module, you read a selection of ancient and modern, European, Indian and English epics.

You will become acquainted with the transition from epic to novel and the characteristics of each.

The texts on the module are extensive, and thus it is advised to read The Iliad and Middlemarch over the summer.

Like many students, I’d briefly interacted with some Chaucer on my A-Level syllabus, but looking back I really felt like I never understood it until this module.

On Medieval to Renaissance, you study a number of works of medieval and early modern literature in the context of contemporary beliefs and historical and social developments.

Works studied include Chaucer, The Canterbury Tales and poems by Sidney, Spenser and Shakespeare.

At the end of my first year, because of these modules, I felt like I had a great grounding in the subject and I could confidently pick what I wanted to study in my second year!

Megan McElroy | English Literature Contact Megan
English, Going out, Halls, or something else!
Find out more about me Contact Megan