First Term in Canley- and a bit of Housing Advice – OurWarwick

First Term in Canley- and a bit of Housing Advice

University life is tough. I will like to inform you what I found as the toughest part of University. It wasn’t being parachuted into the open kitchen to cook for myself or the woes of doing laundry. It was not studies either. But for a fact, let me tell you, academics are tough. Believe me, university is all fun and games until your Lecture tutor tries to describe a complex Mathematical theory through this illustration: 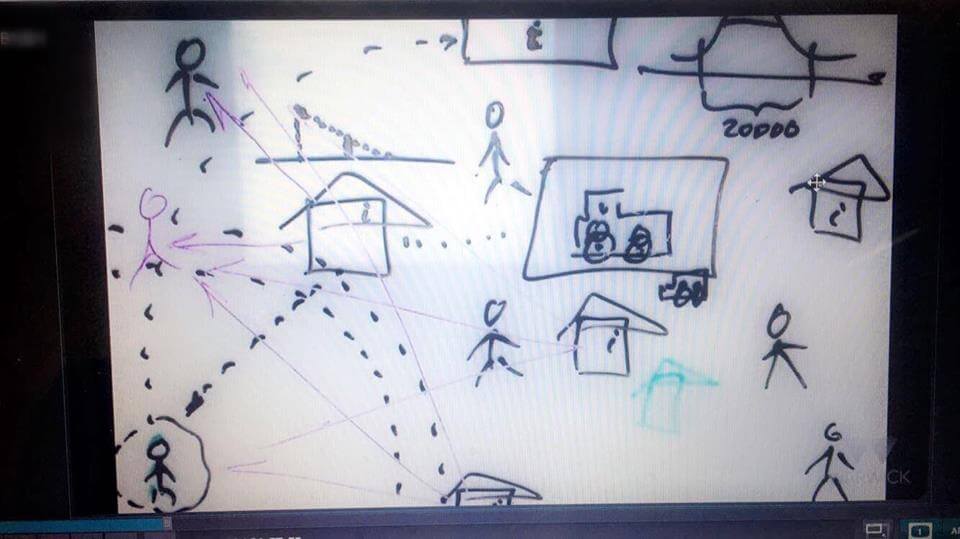 It was tough yeah but not the toughest. There were some other moments as well, like when I was waiting for a bus on the Uni bus stop and the bus driver drove right past me without stopping and also passed a smile. I take all this on the chin. However, to break the suspense, the biggest woe for me in University appears to be the issue of sorting out .

The first year is easy in this regard that you get guaranteed campus accommodation. However, in second and third years, you have the tough task of finding houses. We have to sort it out early. I being my lazy self, I left it for late. You keep thinking you have ages to do it and the next year always seems so far away. You have close friends that have seen you at your worst ; whether it’s the test you failed or the infamous smack night. So how could it be right? Wrong. It’s hard. After spending hours at right move or Warwick accommodation you realise you all want different things, the friends you were determined to live with have turned out to have different needs and you are stuck. But that’s only barrier number one and gets relatively easily sorted. Then you move on to viewing properties. Most of the houses are disasters when you first look at them, the good ones disappear just as you are about to book. Finally, after weeks of stress and nonchalance at separate intervals, you find something that might work. The problem now, for me, it’s in Canley.

You’ve heard things about Canley; good and bad. It’s close to campus but so far away from the clubs. It’s green and pretty but let’s face it, it’s no Leamington parade. I went with it anyway, unsure of what to expect but glad I was going to be stepping into the unknown with people that were my best friends. And almost at the end of this term, I can confidently say I don’t regret this. There are certainly more people living here than I initially thought hence any loneliness is not an issue either. Plus, I have two awesome flatmates for all the gossip, work and cooking together.

Lastly, the best advice I can give to any prospective or first year student is choose the property wisely in terms of quality or landlord. You might boast off your biggest bargain house with a cheap rent house but better be prepared for poor cleanliness or constant repair work all year then. Secondly, it is best to get a house with Warwick Accommodation instead of a private landlord. Those houses go fast but they are worth it. As sometimes, the private landlords are tough to negotiate with and you cannot hold them accountable as easily as you can with something official like Warwick Accommodation. After all your job applications, academics, friendship plans, or extra circulars, dealing with a tough landlord is the last thing you want ( I actually faced it).

Summarising all what I said, be wise with who you want to live, choose a proper landlord and sort housing out EARLY or better live in Canley, you deserve it.