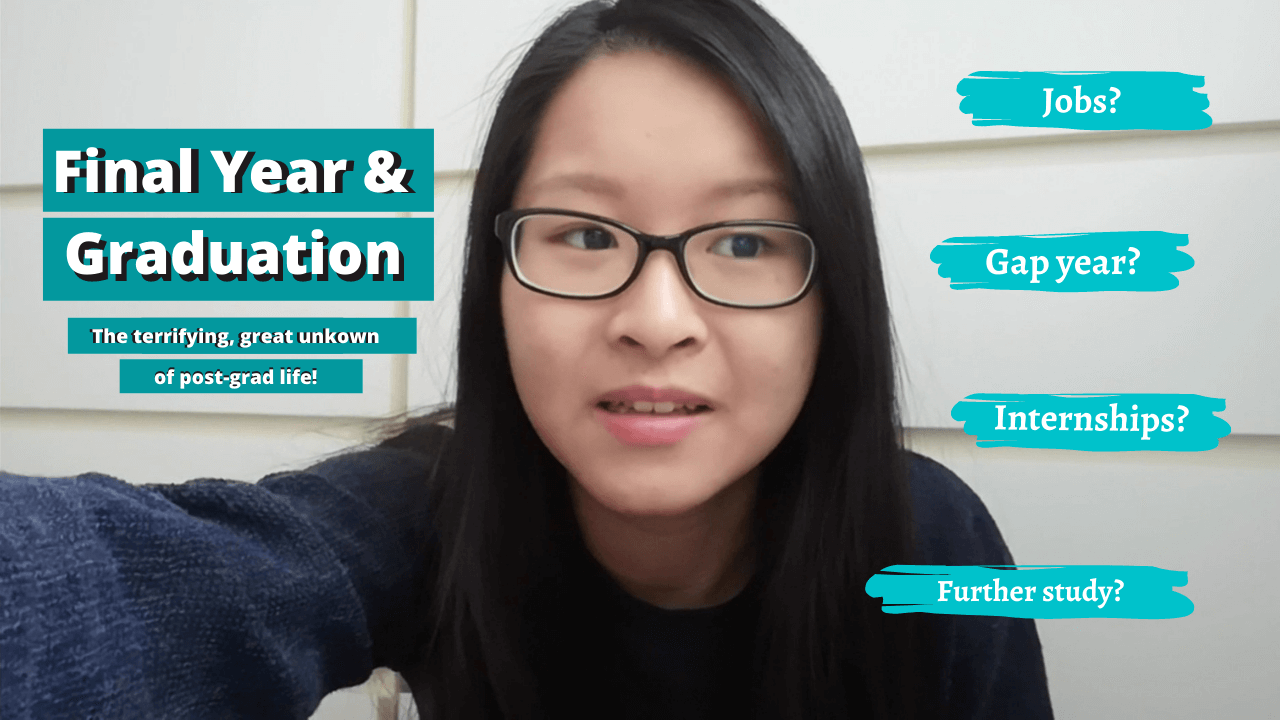 It feels like it’s been a while since I’ve put up a post on here! No idea where Janurary went – it’s been messy tryng to figure out and decide where we’re all meant to be!

Some time during the month I sat and rambled on about this daunting stage of ife being a final year student at the moment with graduation (which we’ve since learned will be through the mailbox!) and all the not-so-fun stuff that comes after that.

So many of us are in such a panic about what we’re going to do afterwards especially with concerns with how current events will play out and the unpredictabiltiy of the near future. We don’t talk about it near as much as we should in the moment in time. Probably because it feels like we’re so alone. I promise you you’re not and I hope that although this video shares the thoughts we don’t want to think about, hearing someone else sharing very similar worries will help you to realise that.

If you’re looking for a more positive post, or prehaps need some de-stress afterwards, I’d redirect yourself to my ‘University Explained Through Disney Songs‘ post and have a sing-a-long to Disney classics instead!