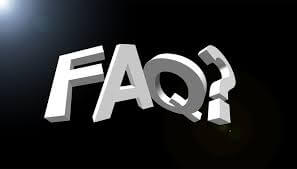 Well, it’s that time again when year 13’s are going to last minute open days and trying to decide which universities to apply to, and where year 12’s are starting to go to open days for the first time. It’s a scary time of year and can often be confusing what to ask, see and do at open days. This site gets a lot of open day inspired blogs taking various views of how to make the most of the day, and I’m not even counting all the blogs on the rest of the internet about the same subject. What I’m going to do in this post is answer some of the questions we got asked when we were working the last open day in the Department of Computer Science (DCS).

Now, I could talk about this topic for a while but in short, it’s not super even but it could be worse for a subject like Computer Science. I’ve always been able to see other girls at my lectures and seminars so have never really felt outnumbered. Also, you kind of get used to it, partly because in groups we get judged by what we bring to the table, not our gender.

WMG runs a cyber security course at Warwick uni. That’s all I can tell you about it because, despite popular assumption, it has nothing to do with DCS at all. In Computer Science, there is 1 module each year to do with cyber security at the moment. They are fairly interesting modules (at least I thought so last year and am enjoying this years so far any way) and I think getting a foundation in Computer Science before looking at the security aspects is better than the other way round although you’d have to decide for yourself.

How much time is needed to study and is it manageable?

So, for me contact hours have varied between about 16 and 20 hours a week which is much more than humanities but means that less independent study is expected (which I really like). As for independent study, it depends on you and also how effectively you study. We’re advised that each credit is worth 10 hours of study time but I tend to do as much work as I feel needs doing. Managing the work can be tricky at first but people soon get into the swing of things and once time management has been learnt, it’s fine. If you are struggling, there are plenty of places to go to for help; your personal tutor and the universities well-being service the main 2.

I think it’s pretty good. There are loads of societies and sports clubs to join who run lots of socials as well as whatever regular meetings (such as trainings or discussions) they hold. On top of that, the SU have a club night every Wednesday night and there are lots of other events going on. Although I’m not much of a going out person so can’t talk about that side of things much.

What languages are studied in CS?

I’ve so far learnt Java and a small amount of C at uni.

What if you’ve never done Computer Science before?

Don’t worry. The course is taught from scratch and lots of people enter having not done CS before so you won’t be left behind.

What if you have done Computer Science before?

Don’t worry about it. You may find yourself going over some things that you already know but just be patient. There are some modules which contain content you won’t have seen before so there’ll be something to capture your imagination straight away, and the content will get more advanced as the modules progress.