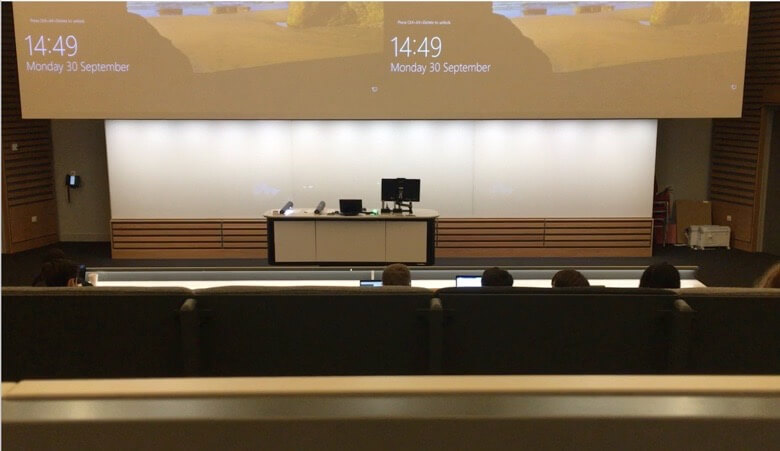 In my last blog, I asked my friends to compare the expectations and realities of the social side of being at uni. This blog is very similar, except it’s about the academic and practical side of uni life, which is very different to being at school.

Hopefully you’ll find this helpful and interesting to see how different people imagined university and how it actually turned out.

My friends had mixed expectations of this. One said that they thought they would have ‘quite a flexible schedule’, but everyone else said that they didn’t think the workload would hugely increase, but that ‘it would be significantly harder than what I was used to’, and that it would be ‘high but bearable’. One friend took more modules than was recommended, but ‘wasn’t particularly worried’ about it, ‘and hoped I would still be able to keep up’.

I found the workload initially quite daunting. I struggled to get through the course reading for the first few weeks because I had never worked in that way before: I’ve since worked out that doing the reading, then going to the lectures, then going to the seminar and discussing it works better for me than going to the lectures and then doing the reading before the seminar. The process for doing my essays didn’t feel hugely different to my A level History coursework (OCR), just on a  shorter time scale.

My friends, all doing different subjects to one another, had quite different experiences. The Historian said that ‘it turns out that if you wanna do it properly being a student is actually a 9 to 5 job’, but also said ‘I don’t regret a moment spent doing other useful or fun things’. The Computer Scientist said that the workload ‘varies massively based on coursework’, and the Engineer that deadlines were ‘dramatically differently distributed than at school’ as a result of having a ‘low workload for weeks at a time, followed by multiple large deadlines’. The Mathematician said that ‘the amount of content to learn turned out to be more than I’d expected’ but that there was ‘a lot more help from others on my course than I was expecting’. They also found out that taking too many modules was ‘too time consuming and for me didn’t work’.

I knew that my contact hours would be lectures and seminars, but beyond that I wasn’t entirely sure what they would be like. All of my History modules this year were team-taught, for example, so I didn’t have the same lecturer every week . I hadn’t really thought about things like that before going to university because I’d only ever been taught content by one teacher at a time at school. Overall, I don’t remember this being something that I was really considering before I arrived at Warwick.

My friends were also quite unsure about this. Everyone said that they were expecting ‘lectures’, like me, but other than that, they didn’t really know what to expect. Someone did say that they were worried about ‘getting things wrong in front of many other people who probably knew the right answer’, but beyond that, the experience of learning at university doesn’t seem to have been a major consideration for any of us before getting here.

I found the learning experience really enjoyable. I like the style of learning that lectures and seminars bring, and it was nice to be in control of the reading – if I didn’t understand something, I would read it more in-depth, which I didn’t have as much opportunity to do in a classroom setting.

Overall, my friends said that there was ‘a lot of independent working’, but there were also a few different opinions on the learning experience. Some found the shift from school to uni harder than others; one person said that it was ‘mostly manageable’, while another said ‘I definitely felt out of my depth sometimes’ as a result of the learning style being so different to being at school.

My friend that does History studied the same modules as me this year. They noted how much of our teaching had been lost to ‘strikes’ this year, which was a shame, but we did enjoy the content we were taught.

I was looking forward to having the opportunity to cook for myself. I had been involved in cooking at home, but I wasn’t in control of what meals I ate every day. I planned to pick a few recipes, make a batch of each of them, and freeze them so that I didn’t have to cook from scratch every evening.

My friends were mostly ‘not too worried’ about cooking, expecting to either make ‘fairly straightforward’ meals or, like me, ‘expected to make meals in bulk and freeze them’. One friend was slightly less confident, saying that ‘before finishing school, I don’t think I’d cooked anything more complicated than an oven pizza’, but ‘didn’t think it would be that hard’. Some people were worried about having limited space in the kitchen because all of us had 12 people sharing it.

I did tend to cook in batches and freeze it, which I found worked well for me. I enjoyed having some time off of my uni work to cook (or bake) and liked being in control of what meals I was eating, and when.

One of my friends pointed out that ‘it can actually take up quite a substantial amount of your day’, and another said that it ‘required a bit more planning than I expected’. They tended to ‘cook food that you can eat for more than one night in a row’ and had ‘some meals frozen for days that become unexpectedly busier’. The others said that they found cooking ‘fairly straightforward’, and that ‘cooking the simple food that appeals to me was nowhere near as complicated as I anticipated’.

Anything else you would have liked to have known?

One friend said that they ‘should have tried to stick to 120 CATS (credits) more rigidly, as it would have helped me stay a bit more on top of things’.

The others were quite prophetic in their advice:

‘A frying pan is more useful than a wok’.