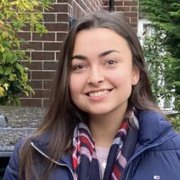 As we’ve (sort of) come to the end of the academic year, I want to share with you my reflections on my modules in First Year. I have enjoyed all of the modules I took this year, so I’d like to give you an idea of what they were like.

The Making of the Modern World

This is compulsory for every First Year taking single or join-honours History. I loved this module because we covered so much material, which I think provides us with a really good foundational understanding of the modern era. We started with the French Revolution, and every week covered a new theme, ideology, or event. Its breadth could make it challenging when writing essays or doing projects, because you have so much to think about, but it also kept it very interesting. If you aren’t particularly invested in a particular topic, you know you’ll be moving on to another in the next lecture, and you won’t have to write about it in any assessment if you don’t want to. You have a lot of autonomy in this kind of module. Equally, if there’s something you find especially interesting, you are given a lot of reading material to delve into it with. In Term 2 we had to do a group project in which we could present on a week of our choice, so picking something that interested me and being able to research it properly and talk about it was really enjoyable. The assessment methods are pretty nice too – we have an essay a few weeks into Term 1, which felt daunting at the time, but you’re all in the same boat and there’s support if you need it. We also had to create a podcast individually and entirely from scratch on a film or book that represents history, which was quite fun! You have so much choice in MMW, so it really is what you make of it.

As an English and History student, you will have to choose a core English module – either Medieval and Renaissance Literature, or Epic Into Novel. These are both quite challenging, so go with the one you think you will enjoy the most. Also give the assessment methods some thought – there’s an exam for Epic, but not for MedRen, but you have more essays with MedRen. Epic is tough – there is a lot of independent reading to do, and the texts themselves are tough. We read The Iliad, The Aeneid, Paradise Lost, The Mahabharata, Tom Jones, and Middlemarch. These are all very long, so I found the volume of reading to be quite heavy at times. Having said that, I still enjoyed this module. It really helps you to think of literature developing over time, which is why I think this is such an important module to take in First Year to help you to grasp where newer literature has stemmed from. The lectures always helped to animate the texts, which was so important to me. As tough as the texts were, they’re still enjoyable reads and always interesting to discuss in seminars.

This is the compulsory crossover module for English and History. We studied 4 core texts: A Tale of Two Cities, Frankenstein, Fun Home, and The Rings of Saturn. You then look at historical methods and the overlaps in History and literature in relation to these core texts. I probably found this module the most challenging in terms of content because there are a lot of tricky  concepts to get your head around before you put them into context, and it’s almost philosophical sometimes. It was so interesting, in spite of its difficulty, and I feel like it has made me a much better historian. It’s a module that pushes you, but is still really enjoyable. The tutors are fantastic, and it’s nice to have a module with just the few people who took English and History. I’ve taken a lot away from this module which will be so valuable throughout my degree.

This is a free choice module – you can choose from English or History. The Enlightenment was not my first choice, but surprisingly the one I ended up enjoying the most! I knew nothing about it at the beginning of the year, but found it incredibly interesting. I’m interested in the philosophical parts of History, so this was a perfect fit for me. It wasn’t everyone’s cup of tea for the exact same reason, so it’s very personal. We covered everything from European trade relations with the East, to the Slave Trade, to law and punishment, to the thinkers. There is plenty of freedom in this module; similarly to MMW, we had to do a presentation on an essay topic of our choice. The essay titles are really broad too, so you can focus this module as you please. I have found The Enlightenment to be useful in other modules, because it is such an important era across academia. I have chosen the follow-up module for next year because I enjoyed it so much.

I hope this has been helpful!