Earthquakes, exams and lots and lots of empanadas – OurWarwick

Earthquakes, exams and lots and lots of empanadas

So from horse-riding, glacier seeking and exploring igloos in the mountains a few weeks ago, last week we headed to the coast. That’s the amazing thing about Chile- geographically it is so unique. It’s a great feeling knowing that where I am here in Santiago, I am under two hours from both the mountains and the sea.

So to Valparaíso we went… 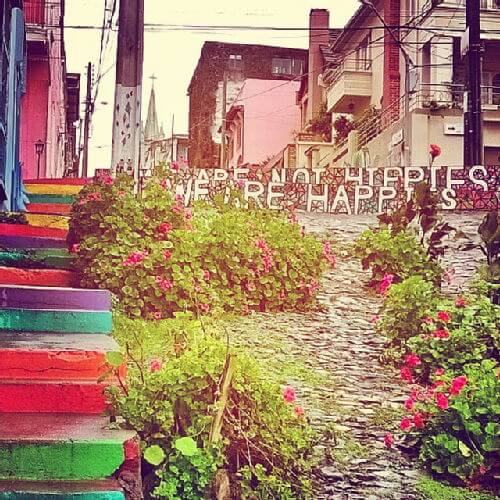 Built upon dozens of steep hillsides overlooking the Pacific Ocean, Valparaíso is made up of a labyrinth of entwining cobbled streets, coloured houses, a mix-match of different architectural styles and most of all, is characterised by the vibrancy of the street art and graffiti which seemingly covers every wall of every building despite it apparently being strictly prohibited…hmm…

Oh and of course, it is also home to yet another of Pablo Neruda’s houses here in Chile (his other two being in Santiago and Isla Negra)… 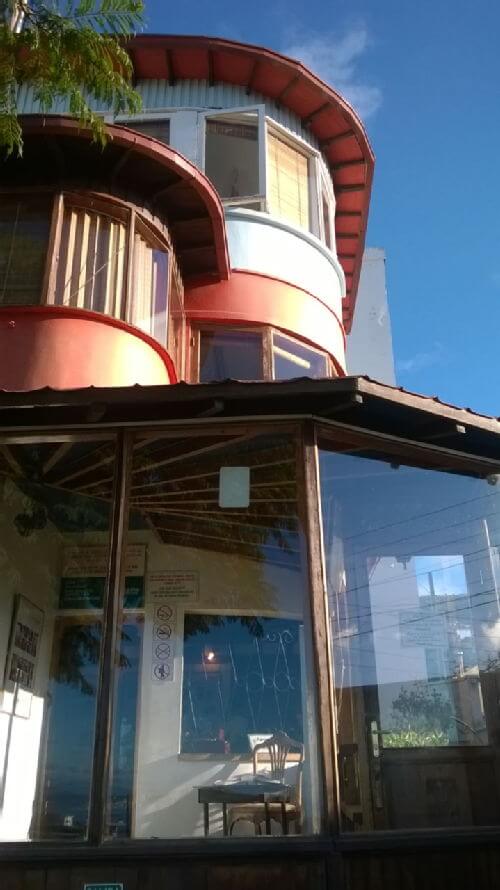 I know, what can I say, I am a little obsessed, but his poetry really is some of the best I have ever read. He even did an Ode to Valparaíso which seemed quite fitting and which you can read here.

Despite the heavy downpour for the first half of the day, as the clouds began to clear, we were left with some spectacular views… 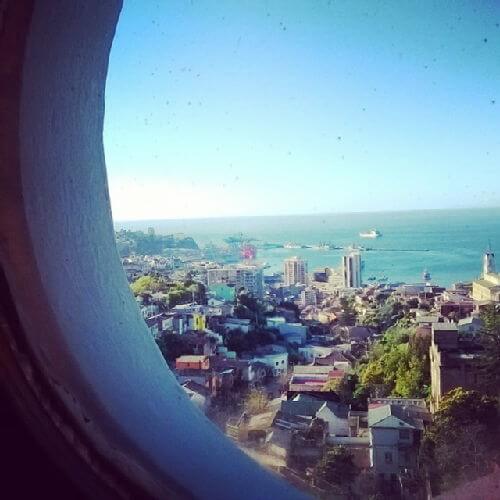 From inside his house…not bad views Neruda, I’m quite jealous!

Last weekend, despite not venturing out of Santiago (with numerous ‘pruebas’ (tests) coming up revision was calling), I decided to embrace the culture vulture within me instead. 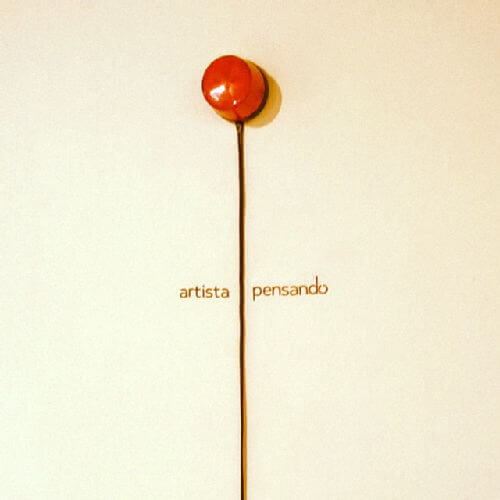 Spending the day losing myself amongst the craziness that is contemporary Chilean art, I was of course in my element.

On Sunday, in keeping with the cultural theme for the weekend, my friend and I attended a ‘Ruta de Comida Chileana’ put on by our university along with about 20 others. This involved not only a full on Chilean lunch consisting of typical dishes and drinks such as empanadas de pino, choripanes, mote con huesillo, ensalada chilena, pebrecito and terremotos, but also some cooking lessons (I did actually get around to do some revision that weekend too I promise, that was the whole idea after all right?)…

Cooking with a view 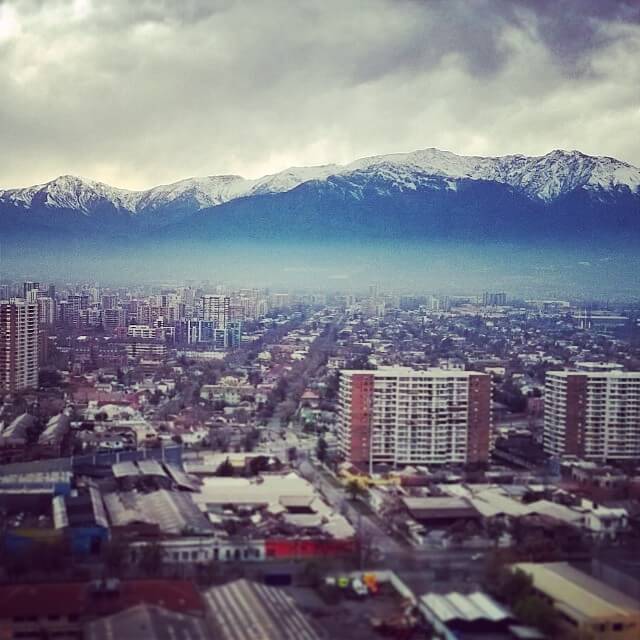 Look at the views!! 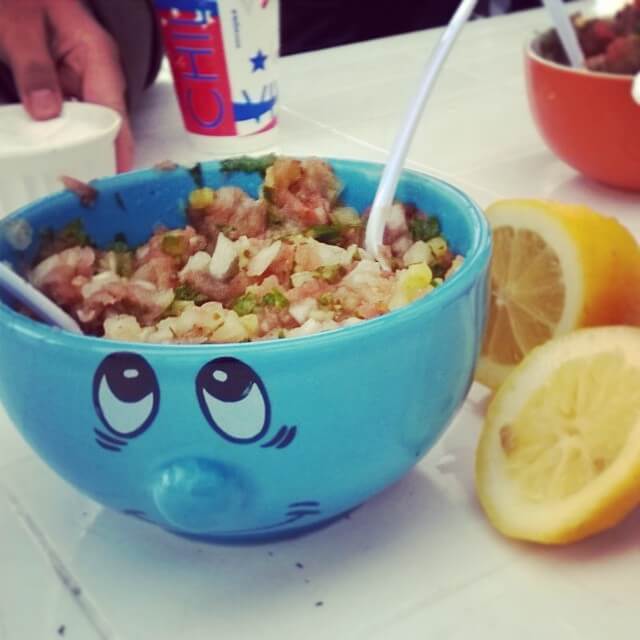 Homemade Pebre we learnt to make for our Choripán. Pebre is a Chilean condiment made of coriander, chopped onion, peppers, grated tomato and a pinch of salt ‘a gusto’.

A Terremoto by the way, is an iconic Chilean drink literally translated meaning ‘earthquake.’ I can assure you that anyone who has tried this drink certainly knows why…a combination of Pipeño (a type of sweet fermented wine) and a clump of pineapple ice-cream (the so-called ‘secret ingredient’) which when the wine is added, floats up to the top. Apparently the next round usually contains the same drink though smaller, which is called a ‘Replica’ or ‘aftershock.’

Oh yes talking of which, I almost completely forgot to mention that a little over a week ago I also experienced my first earthquake here in Chile!! Ok, so the Chileans claim that it wasn’t technically and ‘earthquake’ rather a ‘temblor.’ However, to me it was an earthquake and at 6.4 on the Richter scale quite a big one at that. I was actually cooking dinner when it started. At the time I honestly thought that I was having a dizzy moment and that my legs which were beginning to shake, was a sign that I must have been feeling faint with hunger or something. Nevertheless as it got stronger and the pans hanging from the cooker above me began to sway and clatter, I realised what was happening. It only lasted under a minute but was still pretty exciting and the talk of the following day amongst the foreign students at uni.

With two tests down, (I have one more next week and then that is it for a few weeks at least until my next period of ‘pruebas’- they’re not really exams exams like the title of this post suggests, I just needed the use of alliteration) I am definitely beginning to settle down to life here in Chile. I was even asked for directions the other day by a Peruvian women (I mean as if I look local) but I am pleased to say I actually knew the place she was looking for and was successfully able to direct her. Can’t deny feeling a little chuffed with myself. I have also finally figured out how to print at university. Wow what an absolute nightmare, after about an hour of trying to print off some reading I needed, I think I finally figured it out. The system is insane I’m sorry, but it goes a little like this. So first you have to go to these special printing rooms which are scattered around campus and are essentially rooms full of computers. Once logged on, you print your documents BUT depending on how many sheets you are printing, you have to send the documents to be printed at different computers. Oh and before doing any of this you have to buy packs of paper from a separate place. So one you have sent your documents to be printed, if you have sent them to printer B (for more than 15 sheets) you have to take a ticket. You then wait for your number to come up (this takes a while so the thing to do is take a ticket before you go to a computer but this can also backfire as I found out the other day if you take longer than expected). Once your number comes up, you hand the man at the desk your paper and have to go to a separate computer, log-on and ‘release’ your documents from the system. You then wait for it to be printed. Crazy right? Oh and for some reason the ‘releasing’ stage doesn’t seem to work for international students so each time I have had to print, the man has had to log on to his computer, send my things to him and I don’t even know…all I know is that the printing man now knows me so well now, he basically just does it for me now. I also took out my first book from the library the other day (you see, I am actually doing work too) which thankfully was a lot less complicated!

Revision and work aside, I also booked flights the other day to visit my friend in Buenos Aires this Thursday until Sunday as well as plane tickets to San Pedro de Atacama the following week…all very exciting! 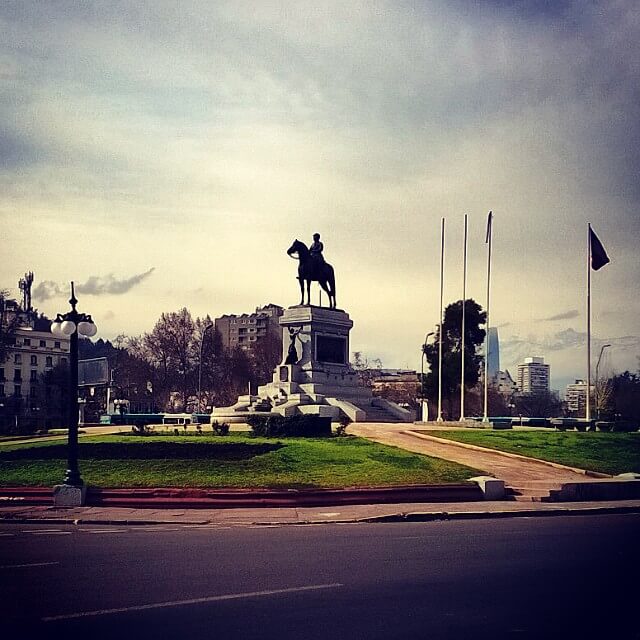 Plaza Italia in all its glory, taken on my way home from university the other day.