I went down to campus today – we had a briefing for the upcoming open day. It was in the Zeeman Building, and outside, there was an abnormal number of geese about. Now, I’m pretty used to there being a few out there, but I don’t think I’ve ever seen this many at once – this is less than half of them! 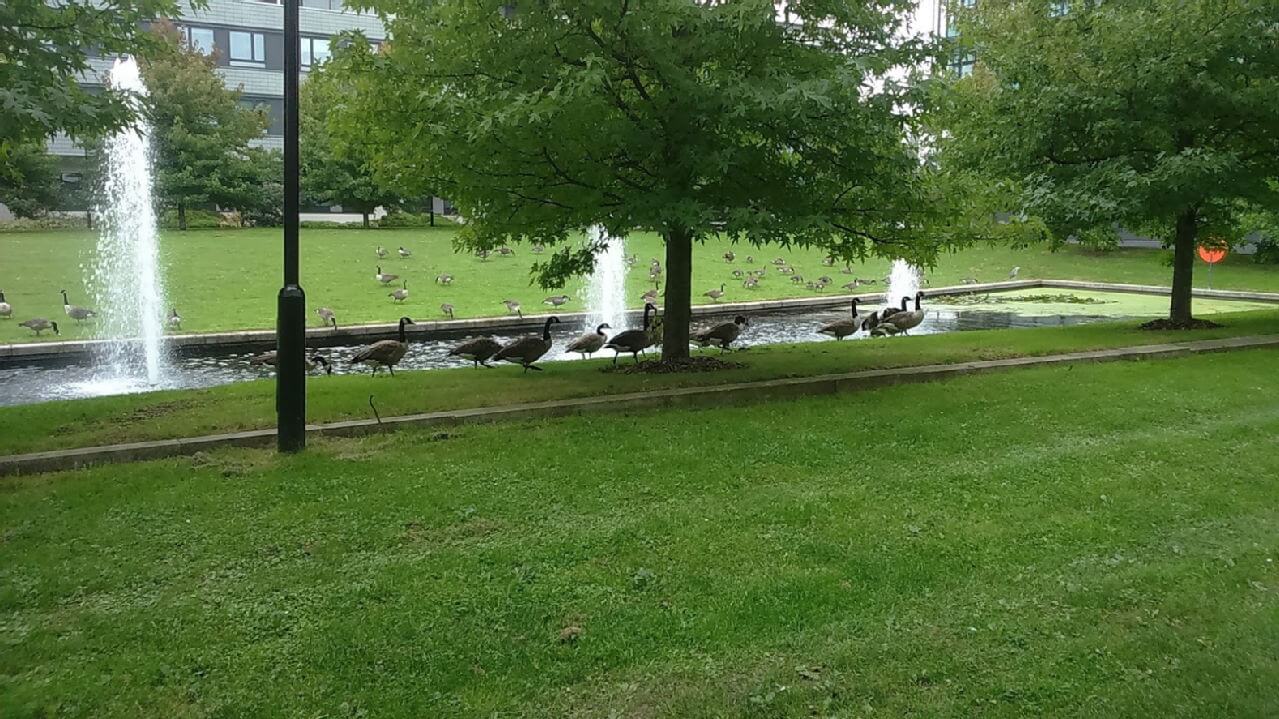 We’ve got quite a bit of open water on campus – some of it natural, some of it noticeably less so. It’s the perfect place to attract various kinds of waterfowl. There’s usually a lot of them down by the water behind Bluebell, too.

Actually, now that I’ve looked it up, Warwick has now broken into the top 5 universities nationally for the number of ducks (and other such waterfowl) per rood of open water.

I love being at a uni that has such a high population of ducks – I enjoyed watching them from my window in first year, and I’m glad that I’m on a campus rural enough to keep them happy. They can get quite territorial sometimes though – especially when they feel threatened or they’ve got young with them. I’ve also been followed by a few dozen of them down near Bluebell before – they assumed I was going to feed them, and all came towards me at once. One of the braver ones even sat on my foot!