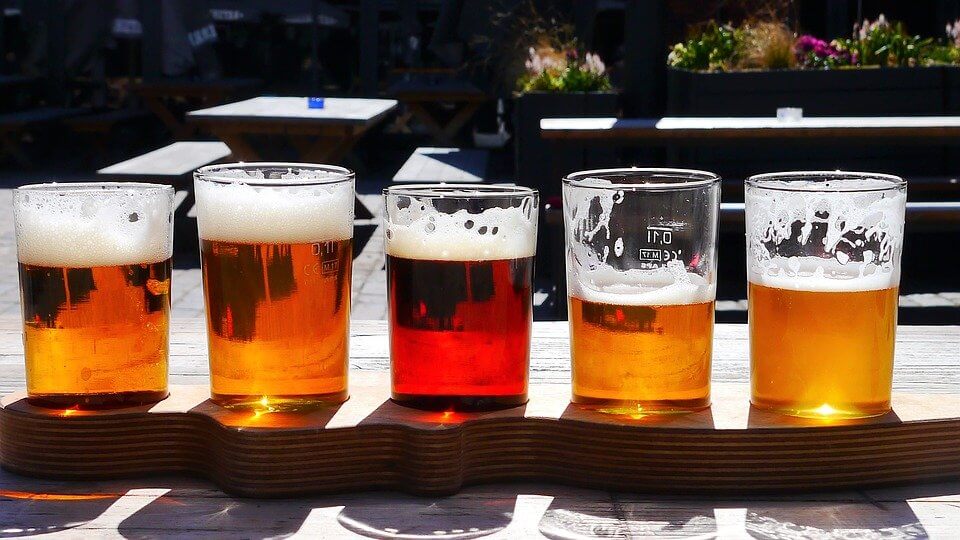 Being in my final year, there are a few blogs I think I can’t leave you without, despite it us being in lockdown. As Dry January has come to a close, I wanted to write a two-parter about drinking. Use this blog when things go back to ‘normal’ and the virus is a goner, because I am not prepared to stay at home for an extra two months just because you fancied getting bevved with your mates. As always, don’t go overboard, drink with caution and never feel pressured to drink if you don’t want to. If you have any concerns, please fire me a message. Without further ado, I bring to you, Drinking Games!

This classic game is very easy to play. Set up 6 cups in a triangle formation (one, two behind, three behind) on one side of a table, then repeat on the other side so the single cup is closest to the centre of the table. The cups within each triangle must be touching. Fill the cups halfway with a drink of your choice. The aim of the game is to bounce a ping pong ball into each cup of a triangle. If you get it in, a player from the other team must drink the contents of the cup. The empty cup must now be removed, and the cups rearranged so they’re all touching, still in formation. Whoever runs out of drinks first (as they have been downed), loses.

Now you have a load of empty cups, you can play Flip Cup! Simply turn a cup over so it’s rim-down and place it on the edge of a table. The goal is to flick your hand upwards, touching the rim of the cup so it turns face-up. Every time you don’t succeed, have a sip of your drink and let the next person have a go. The winner is the only person who doesn’t have to down their drink at the end.

There’s always one person who knows the rules to this game. I’m that person.

Pop an empty cup in the middle of the table then spread a deck of cards, face-down, around the cup, in a circle. Take turns drawing a card and following its instructions. To help you remember what to do, most numbers rhyme. And yes, I chose to write ‘girls’ and ‘boys’ instead.

4 = Girls. All the ladies in the room must have a sip.

5 = Thumb master. At some point, put your thumb on the edge of the table. Everyone has to copy. The last person to do so has to have a sip.

7 = Heaven. Raise your hand and point to Heaven! Everyone must do the same; the last person has to have a sip of their drink.

8 = Mate. Select someone to have a sip every time you do. This one is sneaky as you can build quite the train!

9 = Rhyme. Say any word you want, and you have to go around the circle calling out words which rhyme with it. The first person who is unable to think of a rhyme within 3 seconds has to have a sip.

10 = Categories. Similar to 9 Rhyme, but instead of a word, come up with a category and everyone has to name something within it.

Jack = Rule. Make a rule to be followed for the rest of the game, such as every time a club is drawn, have an extra sip.

Queen = Question Master. The QM can ask as many questions as they like to whoever they want, but if you answer, you have to have a sip! Drawing another queen means the previous QM is replaced.

King = King Cup! For the first three kings, pour a little bit of your drink into the cup in the centre. Whoever draws the final king must down it!

Ace = Waterfall. Drink, drink, drink until you can’t anymore. The person who draws this card has to begin drinking. The person next to them must join in immediately and this continues around the circle until the original player finishes their drink. So the player who drew the card drinks the most, the person next to them drinks slightly less etc and the final person drinks the least as probably by that point the card picker has nearly finished their drink.

This is a speed game and good for any number of people. The rules are simple. Start with a starting card. Let’s say it’s 5 (suits don’t matter). Player 1 must predict whether the next card drawn will be greater than or less than 5. If they predict correctly, they’re safe. Get it wrong, they take a sip. Player 2 must do the same for the card Player 1 drew and so on. For example, P1 said the next card will be greater than 5 and turns over the card at the top of the deck. It is a 4, so they take a sip. P2 then says the next card will be higher than 4, turns over the next card and the game continues on. This is useful when you need to head out soon but still have a bit of drink left.

I won’t explain the actual rules of Uno on here, but I shall tell you when to drink. If you get a draw n card, drink as many sips as cards you must draw (e.g., +4 cards = have 4 sips). If a Wild Card is played, sip. If you misuse Uno, sip. If you do not finish first, finish your drink.

Simple. Carry out a dare or have a sip. Can include truths if you want.

Never Have I Ever

Haven’t tried this one, it sounds like death. I don’t recommend it, no-one does. But hey. The rules are as follows. Every minute, drink a shot of beer. Do this for 100 minutes. Try not to die.

This one is a board game which I don’t actually own, but I have played my friend’s. It basically consists of a board with drink-related dares instead of properties to land on, depending on the number you roll. We all really enjoyed it!