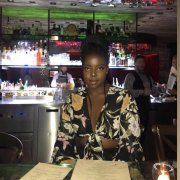 As a Student Ambassador for the Liberal Arts department I have worked the last 2 open days for prospective students and found that there were some common questions across the board. So, I’m writing this in the hopes that I can help out anyone that may not have been able to make it to one of the open days but might still have some questions!

What is Liberal Arts?

The dreaded question. At first I found it really hard to explain what Liberal Arts is in a concise way that didn’t confuse people. Often when people hear ‘Liberal’ and ‘Arts’ they ask me questions like “Oh do you sit around painting and being liberal”. Ha, really funny mate- I’ve never heard that one before! In fact, we even have a module in first year called ‘Principles and Praxis’ which aims to teach us the history of Liberal Arts so that we have a better chance of explaining all of its intricacies. I learnt things that really surprised me in this module- like how Liberal Arts is one of the oldest education forms ever and the origins of Problem Based Learning and what benefits it can have on education. To be honest, most of the time I just sus out whether the person I’m talking to is actually that interested in learning about the subject or whether they were just making small talk to be polite. When its the latter I often just lie and say that I study something really boring like Law (no offence to any Law students lol).

when applying to Liberal Arts at Warwick the course structure is something that really appealed to me. I just felt like it had the right balance of core modules and optional modules so that I didn’t feel trapped in anything that I didn’t want to do and after having dropped out of a different uni for precisely that reason that was something that was very important to me. So the way the course works is pretty simple (well kinda)…

In first year the course is 75% core modules, 25% optional modules.

The reason I say kinda simple is because with some much choice comes a lot of responsibility. Throughout your degree you can either decide to go down a ‘Disciplinary Pathway’ which basically means that you do all of your optional modules in a particular department, i.e English. Or you can decide to go down an ‘Open Pathway’ which means that you curate the modules that you take over the years to follow a specific theme or interest (past examples include Fashion and Sustainability  ect).The latter is the more common option and is the one that I have chosen to take as it gives me more freedom and allows me to really tailor my education to my needs and interests. There is also an option for an intercalated work or study abroad year between years 2 and 3. I have heard so many great things about people’s years abroad so it is something that I really hope to get the chance to do! The Liberal Arts department has a number of partnerships with universities all over the globe including countries such as Canada, Germany and Australia just to name a few. And the department is so dedicated to the students that if a student has a specific university that they really want in a country that our department does not yet have a relationship with(which has happened in the past), they will fight to the death in order to make one (maybe a tad dramatic, but you get the idea).

Why should I study Liberal Arts at Warwick and not any other university?

I know this will probably sound very bias but I genuinely think that Warwick has the best Liberal Arts Program in the UK. One thing that really makes it standout is its emphasis on Problem Based Learning. Now, before coming here I thought to myself what is PBL and why does everyone keep banging on about it? In a nutshell it means that we don’t learn in the traditional university manner. There aren’t huge lecture theatres with hundreds of students that you don’t know, there tends to be really small classroom sizes with up to 15 people. This means that the learning environment is much more inviting and you actually get spoken to rather than spoken at. So this is where PBL comes in. Rather than looking at learning the same as everyone else, we are encouraged to look at situations from a variety of perspectives. For example, in year 1 we had a module called ‘Art and Revolution’. Now during this we learnt about a variety of revolutions such as the Hatian, Iranian ect. But, rather than being restricted to just learning the 2D facts such as dates and places, we looked at the larger context of the revolutions by looking at the art being produced at that time and what it said about the conditions of the time. This module was one of my favourites last year because it really challenged me to turn my back on the way i’d been learning in past. At times I’d get frightened at not knowing the nitty gritty of every revolution such as the dates of every event ect, but I was reassured that those fact were the least important  aspect of the module. Instead my concentration was guided to looking at the bigger picture of the processes that were being used and the plethora of theorists that we were learning about, and how I could further engage with their material. And honestly, I haven’t looked back since.