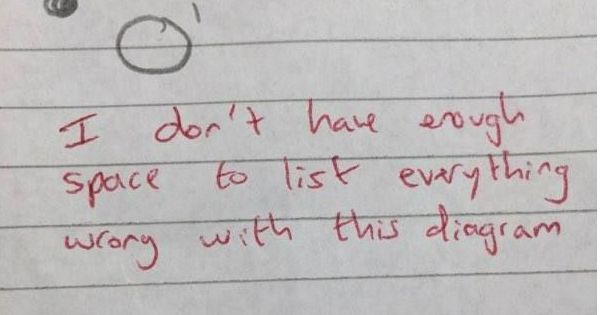 Feedback…the sound of it make it seem rather impersonal and cold. Think of feedback as a piece of advice received form a friend. You put on a nice shirt, you receive positive feedback. You tell your friend you made up with your partner after a sixth breakup, you receive negative feedback. Feedback is there in all forms and types, yet the one you get for your essays may sometimes be one of the hardest to digest.

In a more serious note, dealing with essay feedback, especially in the first year, can be a process that requires time and willingness for accepting the gaps in your work approach. The natural tendency is that of defending your work and blaming a potential negative outcome on external sources such as the marker’s misunderstanding of your vision, lack of time for completing the task and so on. It’s normal, we’ve all been there. However, in time, that feedback may be the best method of assessing your progress at your course, so the more you take it seriously, the more benefited you’ll be.

When you like your grade, it’s easy. If you see a first, you may not even bother reading the half page feedback attached to it because the essay was amazing so you should just keep doing what you did. In reality, a first doesn’t imply a flawless piece of writing. There were many times when the mark I got was satisfactory, yet in the feedback, I realized there would have been room for so much better. For instance, one essay I did well in had a point made by the marker regarding lack of in-depth critical thinking, which I totally did not expect, giving the mark. Having another read on my essay form a more objective perspective, I realized that indeed, some of the arguments could have been tackled in more depth.

However, when the mark is satisfactory, the feedback is easy to digest, regardless of potential critic. The situation gets complicated when both the mark and the feedback are negative. That’s the moment when you start liking your lecturer a little less, I know, I know. After that inevitable initial phase of “he doesn’t know what he’s talking about”, take a time to read it again. So many times, what makes the difference between good and great is not what you did wrong, but what you actually lacked. It can be that you were so focused on one side of the essay that you didn’t allocate enough attention to another. Don’t feel embarrassed to drop your lecturers an email and ask for further explanation. After all, it’s in your benefit.

Do you know what else is in your benefit? The formative essay. Yes, that essay that doesn’t count towards your final mark, hence a lot of us tend to give it less attention. Even if it sounds like I got paid by my lecturers to stress the importance of a formative here (which I wasn’t), I can’t emphasize enough how valuable your formative feedback becomes. It’s a perfect guideline for “keep this direction” or “change the direction” and it can be just the piece of advice needed to give you a ‘light bulb’ moment.

There is also the issue of the type of feedback you receive. Do you like a direct or indirect person? Explicit? Implicit? If you and your marker are not on the same line, this created discomfort. You can find yourself thinking: “why are they saying how good my essay is but then just give me this mark?”; on the other side, you can find a rather straight-forward person, that’s going to systematically point out the pros and cons. Either way, in this case, what you can do it to think that your colleagues are going to receive the exact same feedback format, following the same style pattern and that your anonymity is assured by your student ID, hence the style of your feedback is only affected by the marker’s personality and not by the quality of your work.

Moral of the story: dealing with negative feedback is not pleasant. It never was, it will never be. We all get it at some point and neither of us are happy about it. However, dealing with those gaps in the future can prove to be even more uncomfortable. On long term, the now-negative feedback can become a tracker of your progress and, if taken into account, it can spare you of additional effort in your future work.