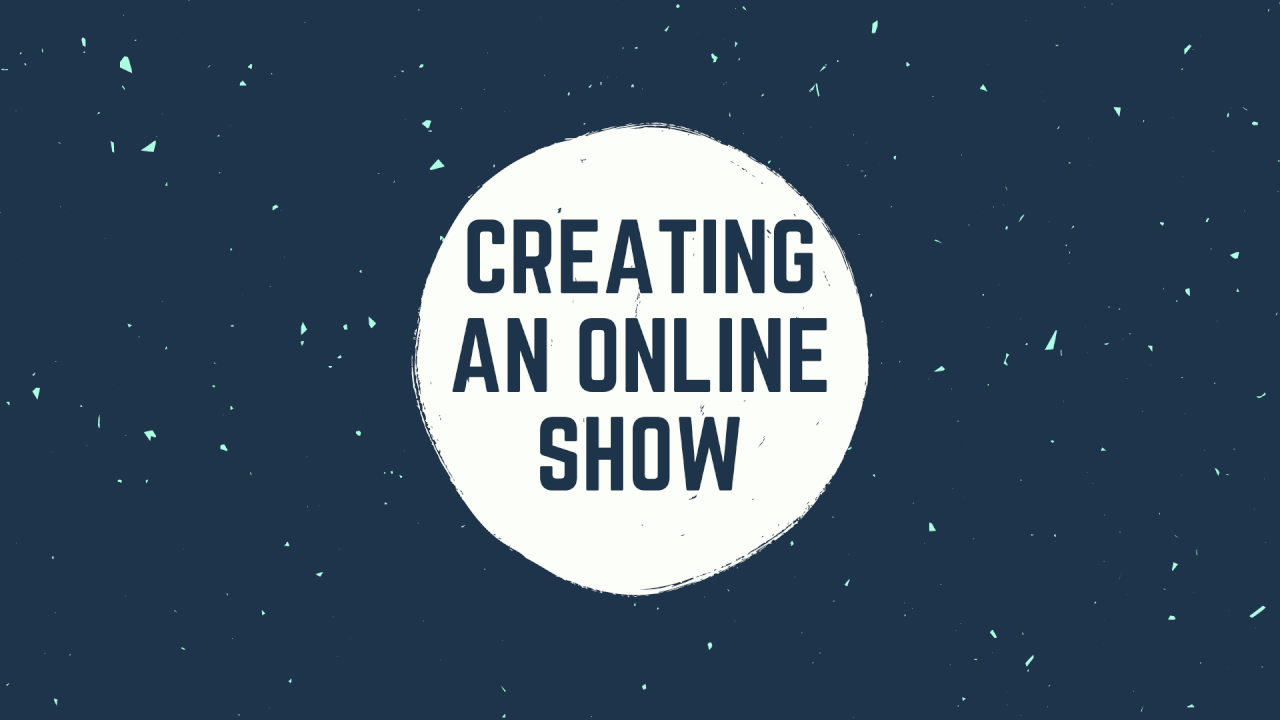 Theatre societies at Warwick have played a huge role in my University experience, allowing me to meet new people and express myself creatively, and I have been involved in shows at Warwick since my first term here. Over the first lockdown I really missed taking part in the society productions, and while the online workshops were good they didn’t quite live up to making a show. Therefore, last term I decided to make an online show with one of the drama societies at Warwick, which was a really fun project to work on over the second lockdown. From this, I thought I would talk a little about my experience making an online show and about some of the things I learnt creating virtually.

The show I created last term was an online interactive murder mystery adventure called #WhereIsRed? The production was put on through Codpiece Theatre Society, which specialises in devising and adaptations, who provided us with money and support throughout the process. Our show was based around the story of Little Red Riding Hood, bringing the characters to a modern day setting and using a variety of media including Facebook, Twitter, email and blogs. The audience completed the show in groups, working with each other over Zoom to search through the internet to find Red.

Before we could start making the show, we had to submit our idea to the Codpiece exec for their approval. This involved gathering a team and creating a document with all the information about our show on it. Unlike other shows I had been involved in, our team was quite small consisting only of myself as the director, a producer, an assistant producer and a marketing manager. This was due to the online form, as other roles such as set design or lighting were not necessary. The document was quite easy to fill in, and a few days after we submitted it we received an email from the Codpiece exec letting us know that we had got the slot!

One thing that was very different in the online world was our audition process, especially since we were looking for people to help create the show as opposed to just acting in it. We ended up creating an application form where people could put their interests, which we then used to inform our interviews. In these, we asked our applicants to complete a creative task, such as creating a story from objects in their rooms, designing a poster for a character in the show or writing a tweet to suggest a story. While some of the tasks worked better than others, as a whole this was a useful way of running auditions for our show, and the online format didn’t seem to hinder this part at all.

In the creation process, however, the virtual nature of the show threw up a few problems. There were a few dodgy wifi connections that made creating the show a bit of a challenge, including one rehearsal where one of the team had to join on speaker phone as they couldn’t get Zoom to work! Despite these interruptions we persevered on, having meetings to decide the plot of the adventure, the characters, what needed to be created, and to rehearse a few performed parts. My personal favourite part of the process were the character workshops. These felt the most like creating a show on a normal year, following the same processes and getting to do more ‘traditional’ directing. The virtual format actually gave us a few benefits as well, as the actors could use things around them to help build their characters such as designing an outfit for them, which they wouldn’t have been able to do usually. I also enjoyed coming up with the plot as a group, and bringing everyone’s ideas together to develop the story. The team were all incredible at suggesting ideas and working with each other, even with all the technical difficulties Zoom brought along.

Our tech and dress rehearsals were also a little different in the online world. As each of our team members were running the Zoom on different nights, we ran one-on-one tech rehearsals with them to explain how the show should run and what they should do when it (almost inevitably) went wrong. These also brought up several issues with the show, mostly around an international audience, as we realised that a few aspects, such as a phone call element, wouldn’t work overseas. Being able to test it ahead of time, however, meant that we had time to fix these problems, and although it was a slightly manic few days of tech runs, it made the show better in the end!

The biggest thing I have learnt from creating this online show is to be flexible and adaptable. Working in a new format and with new technology will always raise problems, whether those are people being unable to access their Zoom, international audiences struggling to log into email accounts or people having to run the show on dodgy hotel wifi when isolating. Being able to solve these problems, with the help of an amazing team, is an incredibly useful skill, and one that is used even outside of the online world. I have also learnt that even though it is hard to beat the experience that is making a show in-person, online shows are a good alternative, and many of the features that make in-person shows so much fun are present online. Our crew and creatives still managed to meet new people, express themselves creatively and make a show that their friends and family can watch – we even managed to have a cast romance!

All in all, I would definitely recommend getting involved in an online show. These are great ways to keep on creating even in this strange online time, and being able to take a break from my course work and focus on something creative was a real blessing, as well as providing something to do over the lockdown! In-person shows will eventually return, but that shouldn’t stop us creating and experimenting in the meantime!