Of course clubbing and going out isn’t for everyone, and there’s no pressure to go clubbing if you’re not a fan of it – but for anyone who is interested in the night life at Warwick, I will introduce you to something amazing which is The Uni Express.

Coventry is actually highly rated as one of the best student cities out there, so don’t listen to anyone who tells you that there is no night life at Warwick! There are clubs within Leamington Spa and Coventry, and Birmingham isn’t too far either so all are accessible by cab. Although The Uni Express is a saviour when it comes to clubbing. You access it via http://www.theuniexpress.com and by selecting your uni, it shows all the upcoming events and prices. 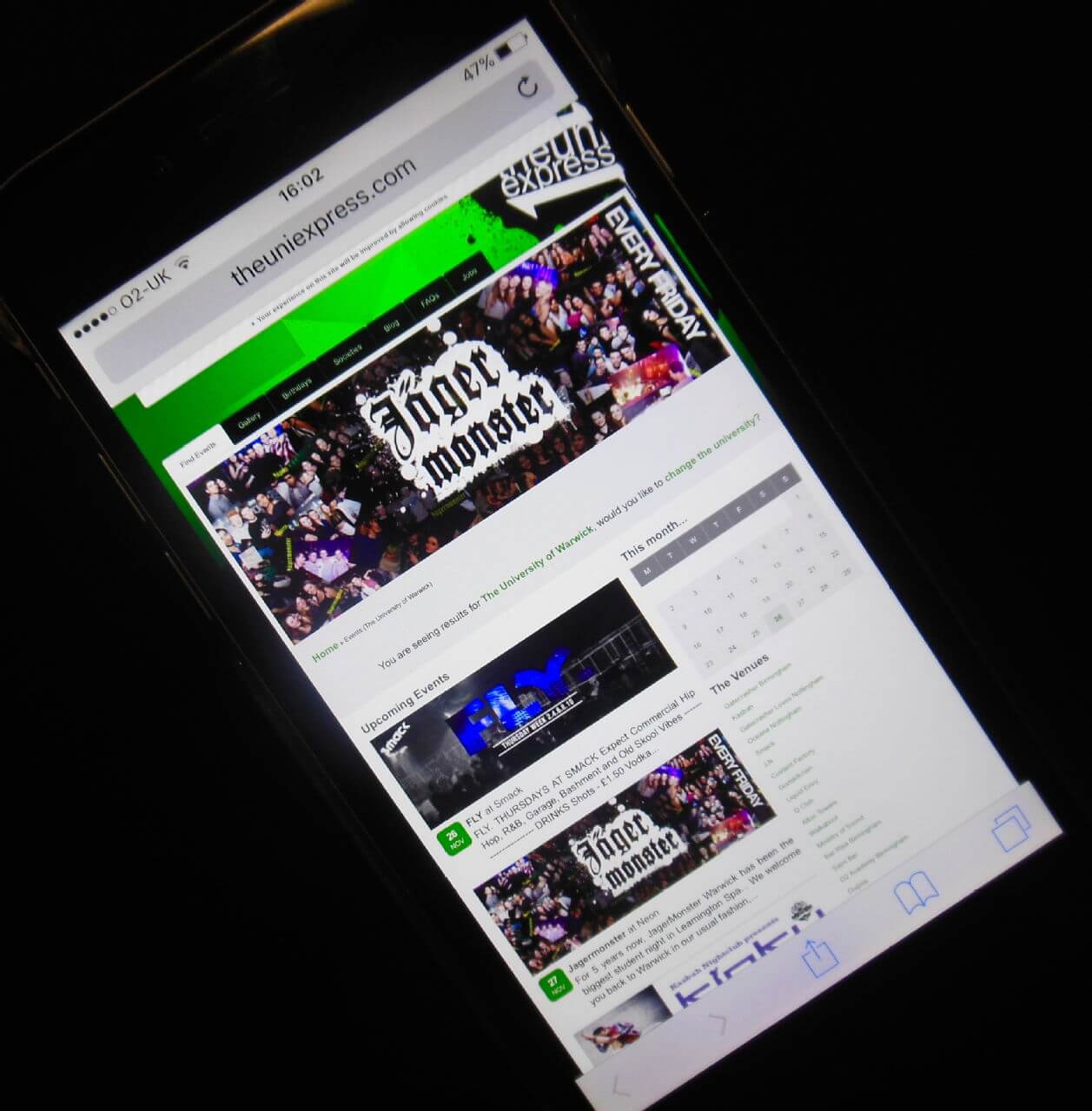 I normally search up The Uni Express on my phone, but there are regular events every week like Smack on Thursdays, Neon on Fridays and loads more. It’s super easy to use – you simply select your event and then buy a ticket online. You’ll receive a ticket receipt by email but don’t worry about printing it, they’ll have a list of names who have purchased tickets on the bus. People who don’t go to the Uni of Warwick can also purchase tickets, which is great when you have friends staying over! All prices include your travel to and from the venue as well as your ticket entry to the club. This way it works out as the same price if you were to cab it (or sometimes cheaper), but with The Uni Express you are guaranteed travel there and back. Societies also host events via The Uni Express, which makes it really easy to do nights out to exclusive one-off places from Warwick – I recently went to a club in Birmingham which was hosted by a society for £15 altogether, a great price!

The bus picks up and drops you to campus at the bus interchange, which is next to the arts centre and opposite the Piazza. When you initially arrive at your pick-up time, you won’t miss sight of the bus because it says Uni Express on the front. 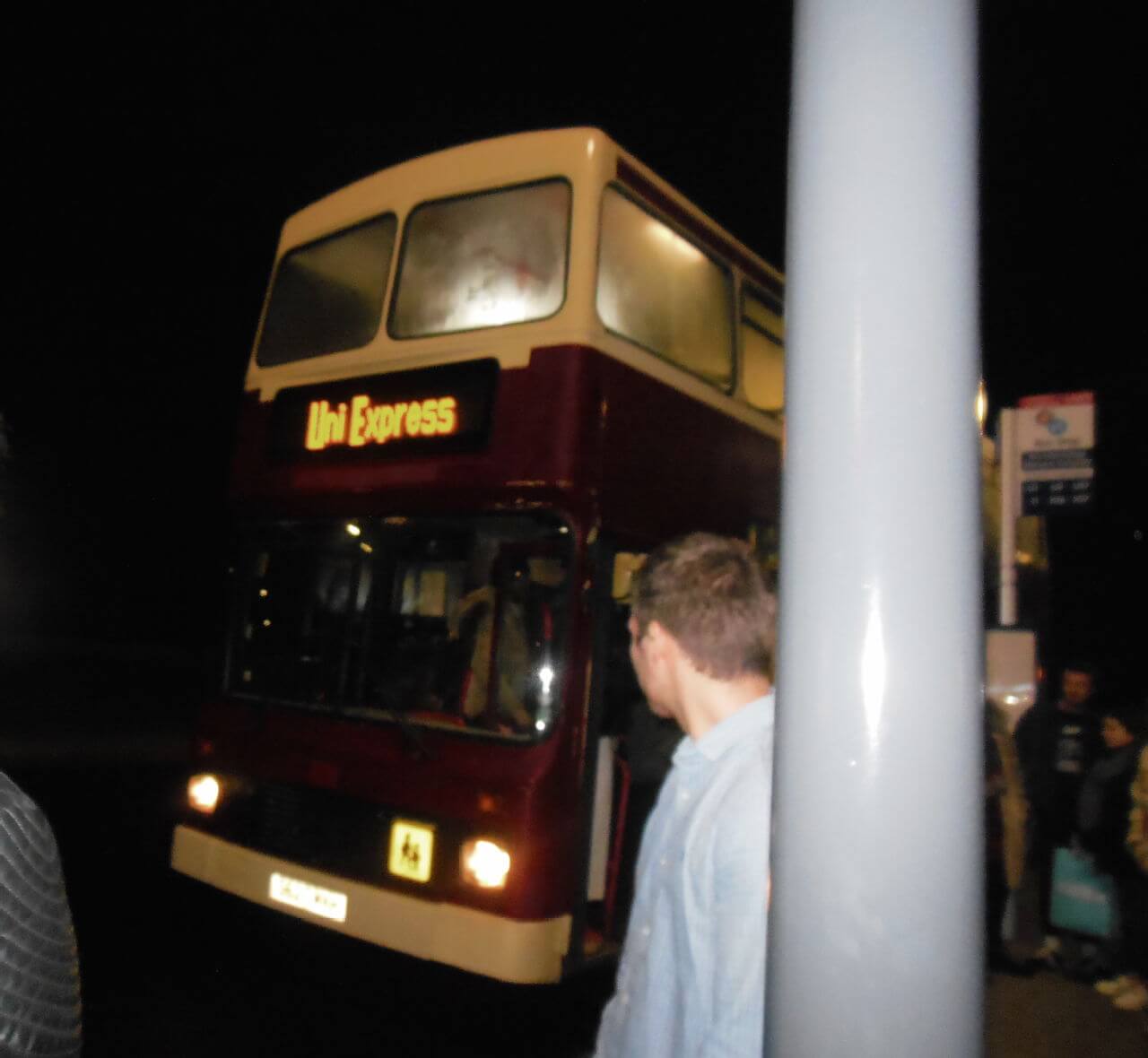 When you hop on the bus, they’ll ask to see your ID card (either student ID or license is fine) just to see your name and then check it on the list. They’ll then give you your ticket entry to get into the club, which may be in the form of a paper ticket or a wristband depending on the event. In addition to this, they’ll give you a return ticket to get back on the bus in order to get back to Warwick campus, so make sure you look after these two things! When you book tickets for an event it will say the pick up and return time for the event, which for a normal event is around 22.30pm pick-up and 03.00am return. 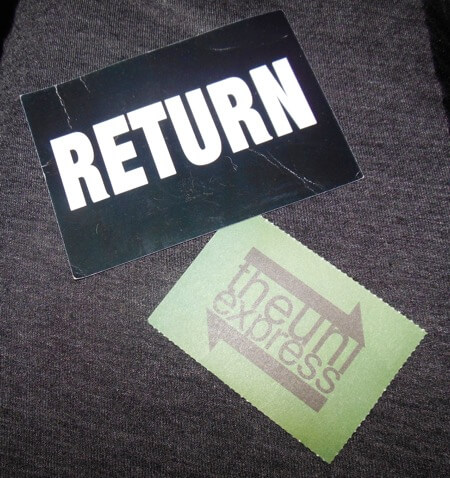 Hopefully this post was helpful, but if anyone has any other questions about The Uni Express or nightlife in general, feel free to leave them in the comments!