Clearing, Pigs, and a really stressful September- how I got into Warwick – OurWarwick

Clearing, Pigs, and a really stressful September- how I got into Warwick

Even though results day seems like a horrific nightmare that is over half a year away, I know that now is the time that you (prospective students) are hopefully firming/ insuring your dream university place. Therefore, I thought I would share my experience of firming/ insuring my own university options… and then arriving at Warwick through clearing.

Around this time last year, I was certain that Edinburgh was the perfect university for me; I had researched the course and campus online and had been there on holiday, and it seemed ideal. Having received offers from St Andrews, Edinburgh, Nottingham, Warwick and Durham, I thought it was an easy choice. I wanted to study Spanish and Russian, which (to varying extents) was offered at all of my choices.

I had been to Warwick on an open day and had fallen in love with the security of the campus atmosphere, as well as the Hispanic Studies department. BUT, they didn’t offer the perfect course that I thought Edinburgh offered (they didn’t offer an option to study a Russian culture module, only the language)- so I remember awkwardly thinking that maybe Warwick wasn’t the right place for me, despite how much I had wanted to go there after the open day. My brother had studied at St Andrews, so I was keen to follow my own path and go somewhere different and having only put Nottingham on my list of five choices to finalise it, it seemed I was left with Edinburgh as my firm and Durham as my insurance.

Until I actually visited Edinburgh on an open day.

My brother and father will tell you I read too much into it, but something just didn’t feel right when I was walking around the campus, and I definitely did not experience the love at first sight feeling with the department like I had at Warwick. I feel like now I should point out I never visited Durham on an open day (I had researched it online and been to the town). So of course, I made the seemingly genius decision to just switch my options: putting Durham as my firm and Edinburgh as my insurance, because of course I’ll get my grades and I will not end up attending a university I don’t really want to go to.

This resulted in me experiencing one of the most stressful and confusing periods, which admittedly wasn’t helped by the fact I went on a two week holiday to the Bahamas the day after results day, which left me with horrific wifi, and distractions like this: 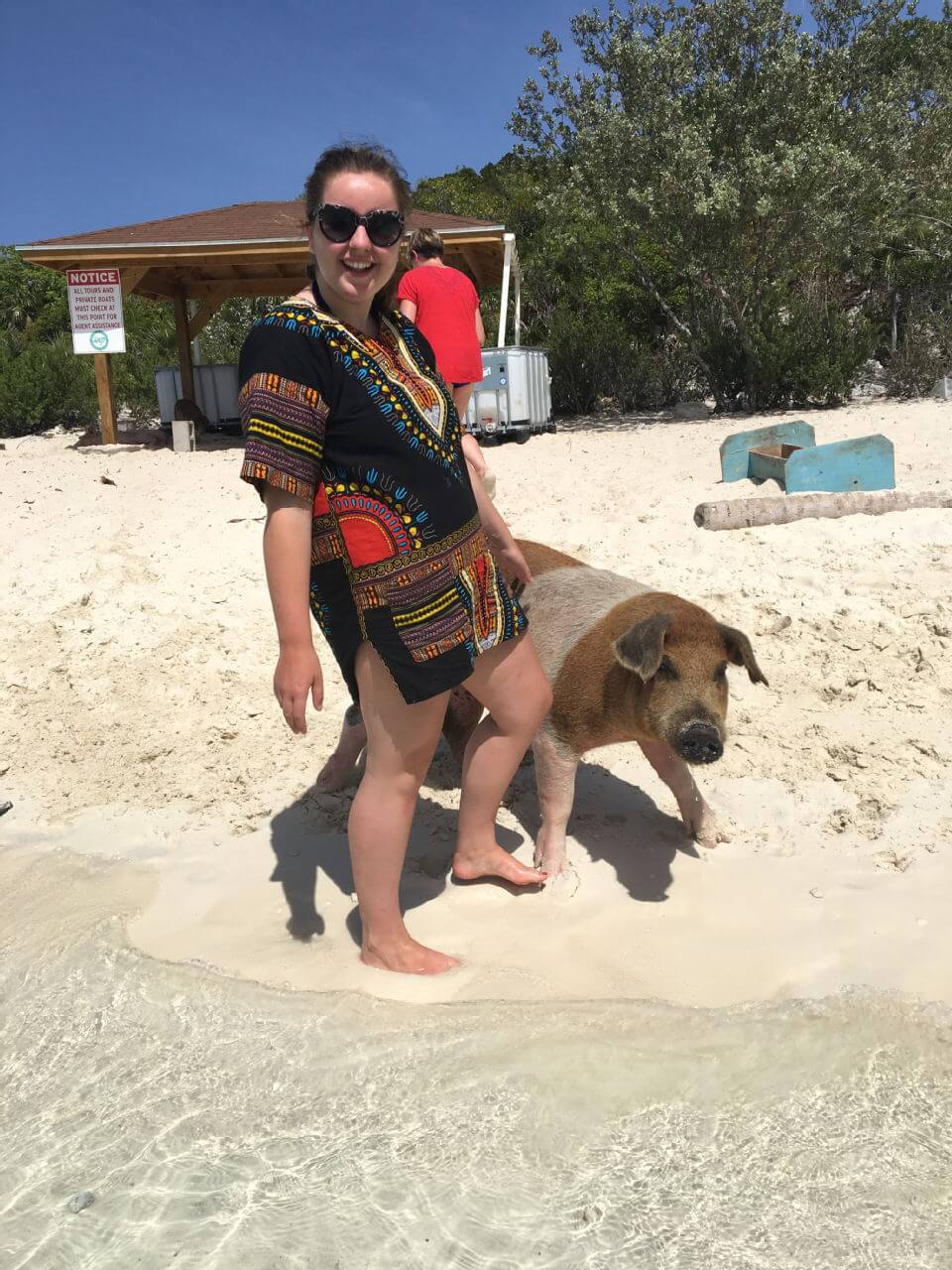 The famous Bahamian pigs that live on the beach: legend has it, if you feed the pigs lettuce they tell you to apply to Warwick through clearing to sort out your life problems.

When I finally returned from my holiday, which had been full of wifi-less soul searching, it was September 4th, and I had decided to drop out of Edinburgh and take a gap year….

By September 9th, I had decided that a gap year was something that personally, I didn’t want to do- I wanted to go to university. So I returned to my college, and saw my head of sixth form. After expressing her confusion at my decision to drop out of Edinburgh before even attending the first day, she asked me to just rewind, and talk about my entire journey of choosing a university. And what was the first thing I said? That I really wanted to go to Warwick. And then I decided that I would change my course slightly, and go to the university that I had always, I guess, wanted to go to. I changed from Hispanic Studies with Russianto Modern Languages (where I swapped a Spanish culture module for Italian language).

Even though at this point it was September 10th, and many Universities had closed their applications for clearing and were nearly starting, I was saved by the "lack of enthusiasm" people have for learning Russian because Warwick still had a place for me. After a mountain of paperwork, emails, applications, by September 21st, I had finally dropped out of Edinburgh, had accepted a place at Warwick, and had received an offer of accommodation!! 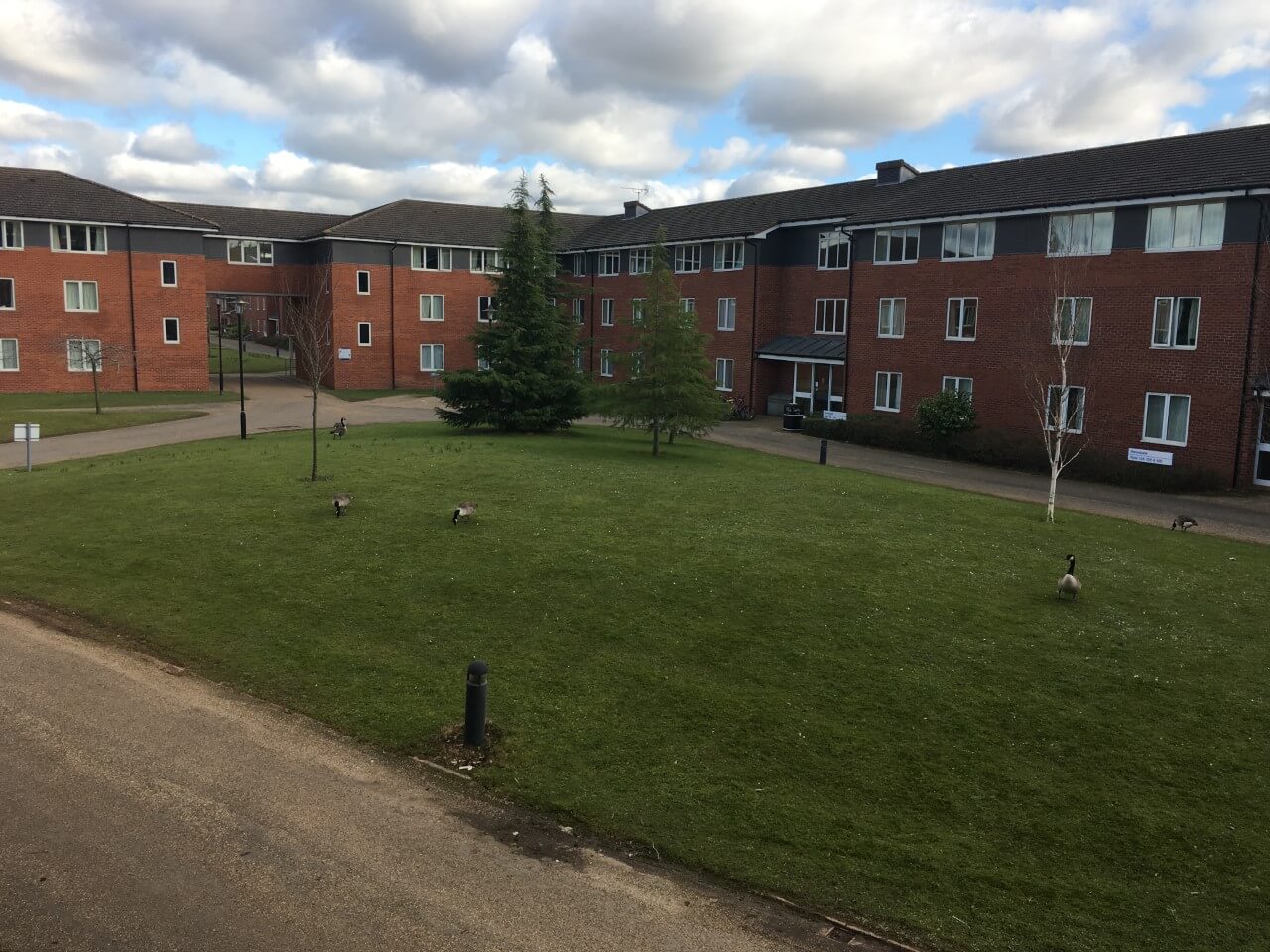 The views from my room in Heronbank ft my pals, the Geese.

I suppose the point of this incredibly long post, is that I should have thought way more about my choices before I firmed and insured on UCAS. Obviously, I will never know what my life would be like if I had got 1 more mark and got into Durham, but I am so glad I ended up at Warwick. I have gained confidence, fallen in love with my course and met some incredible people…

Circling with Warwick Tap Society with the theme of famous families- the Incredibles!

My final piece of advice would be to firm and insure wherever you want to go, and where you think you will be happy, because you will be there studying for the next three/ four years of your life. Oh, and of course, make sure you actually like/ would be happy to go to your insurance choice, as sometimes life doesn’t go to plan, that is after all, why you have an insurance option!