Bonding through food with my hall-mates in 1st year – OurWarwick

Bonding through food with my hall-mates in 1st year

I started University adamant that I would not waste my money on take outs and junk food. Despite being a great cook, I was certain that I would succumb to my laziness and neglect eating healthily.

Much to my surprise, I was cooking every single meal. I was incredibly proud – my food was rainbow with its assortment of vegetables and legumes.  I stopped stocking up on sweets and sugary stuff and ate smaller portions. Without realising, I was losing a lot of weight.

When I noticed my weight loss, I decided to become a vegetarian – meat has way too much fat on it and I did not want to gain my weight back.  Soon enough, I was cut out bread, rice, pasta, couscous, cheeses and full-fat food from my diet. Anything with a lot of calories had to go! Initially, this gave me some comfort. I had self-control even if it meant that I was losing weight rapidly and investing so much thought and emotion into food. By the end of the academic year, trying to eat healthily had become so draining and exhausting. I decided to confide in my GP and unsurprisingly, I was diagnosed with an eating disorder.

Initially, my eating disorder did not hamper my social life. Luckily, my flat-mates did not care for drinking or clubbing, similarly to me. Additionally, we had similar interests, for instance, board games. Therefore, my flat-mates and I quickly bonded. However, a key aspect of these relationships was food.

Fortunately, within the accommodation, there were plenty of fantastic chefs who were more than willing to share their food. Even better, my floor was diverse meaning we got to explore the food of different cultures without ever having to leave campus. It became common for us to sit around a table and share a meal or cook together. We started off quite small with pizza parties. At the time, this was well within our comfort zones; putting a frozen pizza in the oven and waiting fifteen minutes. Soon enough, one flat-mate was making pizza from scratch. By term two, my flat-mates and I were becoming more confident in our culinary skills. I was making my Nigerian jollof rice and chicken. I had one flat-mate who would cook amazing stir-fry noodles and fried rice and another who would bake bread from scratch because bread in the UK was not appealing.

Additionally, we made sure to mark occasions. By Christmas, we were confident enough to throw a formal dinner party. It was quite funny thinking back on it. We dressed up as if we were going to a ball. Most of my male flat-mates put on their nice suits and my female flat-mates wore their fancy dresses. Then we walked less than a minute to our kitchen and ate together. For Pancake Day two flat-mates and I stayed up to make pancakes. We drenched them with honey and Nutella and feasted in the middle of the night. On birthdays, other flat-mates would bake cakes.

Also, food was a comfort for the sad times. One night my flatmates and I ended up staying up due to an unfortunate situation. Most of us were too distressed and worried about sleep. The atmosphere was quite volatile at the time and everyone stood around the kitchen waiting. To calm our nerves, we ended up making a banana bread in the middle of the night. The next day, we had a spontaneous meal together. Despite the tense atmosphere, we were all able to talk and laugh. Even though it was a painful time, I still remember the happiness that came out of it.

I had the best of times bonding over food. Of course, I struggled a lot due to my issues with food. However, I thoroughly enjoyed the opportunities to spend time with my flat-mates. 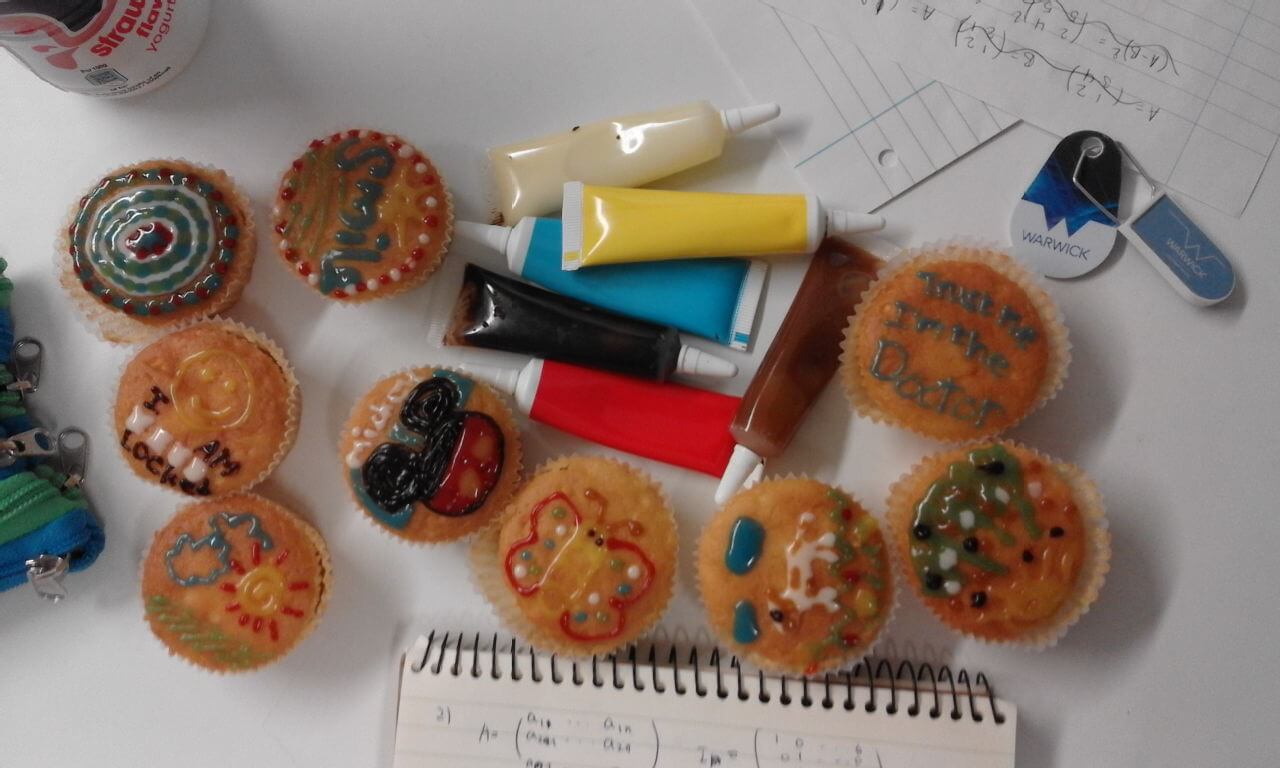