Boiled eggs, macchiatos, and the confessions of a twenty something year old nonna – OurWarwick

Boiled eggs, macchiatos, and the confessions of a twenty something year old nonna

Word of the day: Nonna. Noun: Italian word for grandmother. Use: Sono diventata una nonna quest’anno (I have become a grandma this year)

As we roll into the final week of term, it seems unbelievable to think that another term has come and gone, and soon the paradoxically much needed, yet much dreaded, five week essay-induced and revision-packed Easter holiday will be upon us.

What can I say, life can be tough. Too much work, and not enough time to sleep.

Yes, that time has come again. Whilst it is gradually becoming harder to find a seat amongst the library’s infinite warren of books; the waterlogged cardboard remanences of last week’s SU candidate elections beginning to sorrowfully peel their way down from the face of the library; it is becoming increasingly more probable that the person you chose to perch yourself next to in your seminar will be coughing and sniffling between slides; causing yourself to edge your chair further away towards the harrowing Warwickshire winds whistling through the windows; in doing so, mistakenly letting that supressed yawn escape from below those two protruding bags of sleepless nights channelling their way down that somewhat ashen face.

Ok, so you can probably tell from my senseless ramblings already that I am in much need of the Easter break, despite being simultaneously terrified at the enormity of work it is sure to entail. Therefore, not wanting to subject you to any more of my nonsensical streams of disordered thoughts which are seemingly manifesting themselves in the form of this post as we speak, I will try to keep it simple.

Well then, in short, the last few weeks have generally involved a lot of this… 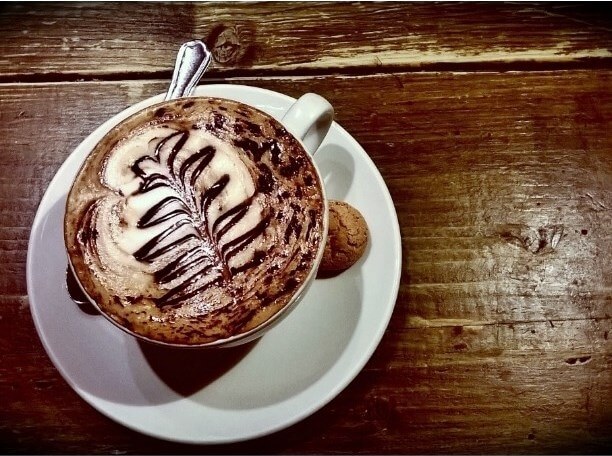 Well what did you expect? Can we also all just take a moment to appreciate the artiness of this photo. Being of Italian heritage, and having spent approximately half of last year embracing a staple diet of daily €1.10 macchiatos amongst the rolling hills of Tuscany, a hearty cappuccino (albeit considerably overly priced and milky to any returning Erasmus students’ standards) has become my saviour more than ever this year. Especially when sipped alongside the odd amoretti biscuit and this one…

Currently tackling a number of personal difficulties, and consequently going through a bit of a rocky year to put it mildly, I have found myself popping home more than ever recently. And do you know what? It’s the best.

Despite having only returned home once in the entirety of the 12 months I spent gallivanting around the globe last year; alpacas, aperitivos and all, I am actually incredibly close to my family. Therefore, perhaps having spent so much time away from them last year, I am now relishing any time spent amongst the sheer chaos and dysfunctionality that is my family more than ever. Meaning a lot of this… 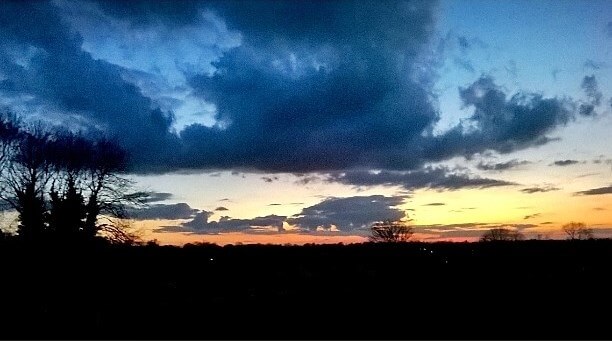 A good spot of fresh air and exercise can do wonders.

…and of course this…

Could be worse I guess

Don’t ask why I am reading Virginia Woolf as an Italian and Hispanic Studies student. Maybe it has had some effect on my current state of sleep deprived delusion…Actually, it is for my Comparative English and Italian short story module I am currently taking. See? Studying languages is far from the common misconception of tedious hours spent pondering over the use of the imperfect subjective…although it does naturally involve a little of this.

However, my point is that if you too find yourself in regular need of that bit of home R&R every now and then, or if like me, you find it only really possible to get down to any hard-core essay writing and important revision at home (away from the operatic drones of that Andrea Bocelli wannabe I am currently wincing at as I push my earplugs in further) then if it is possible, pop back as much as you can. There is absolutely no shame in that at all. In fact, having spent nearly 6 months 11,910 km away from my family last year, I can tell you that there will be many jealous students out there who would do anything to be able to pop back home every now and then. Believe me, I was one of them. After all, there is nothing like your own bed, or… 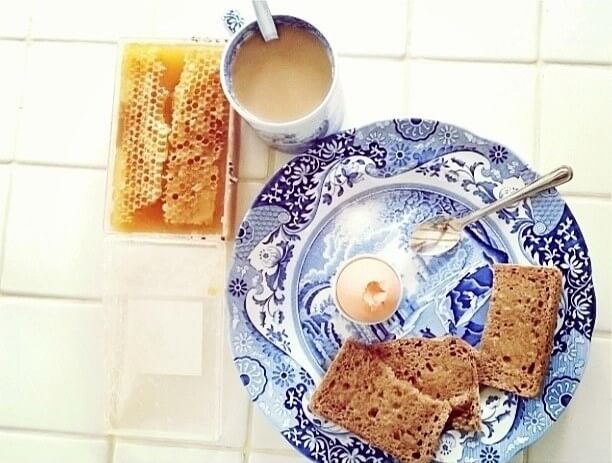 I say breakfast, I think I actually ate this at around midday last weekend. Not lazy, no. Most definitely not I tell you. The truth is that I am just someone who prefers to get up late and then work late through the day (normally resulting in me eating dinner at an Italianised hour of 9pm when at home, followed by some much needed relaxation time, causing me to eventually crawl into bed at around 2:30am). Again, it is all about doing what is right for you. Although I must admit, this has meant that the pesky 9ams which, as you can tell, are finally taking their toll, have repeatedly induced my nocturnal body clock into a state of shock over the course of the year.

Nevertheless, do what is right for you. Don’t worry about what people think. Look after yourself. It may sound blunt, but as all my fellow twenty-something-year-old grandmas will tell you, you certainly learn these things over time.

She says, talking about life as if she has already lived through it… hair scraped back and contacts out from the moment she stepped home, herbal tea in hand, looking for a cardigan to take off that Midlands evening chill, after having just got far too much satisfaction out of hoovering and thus completing today’s to-do list. #nonnaforlife