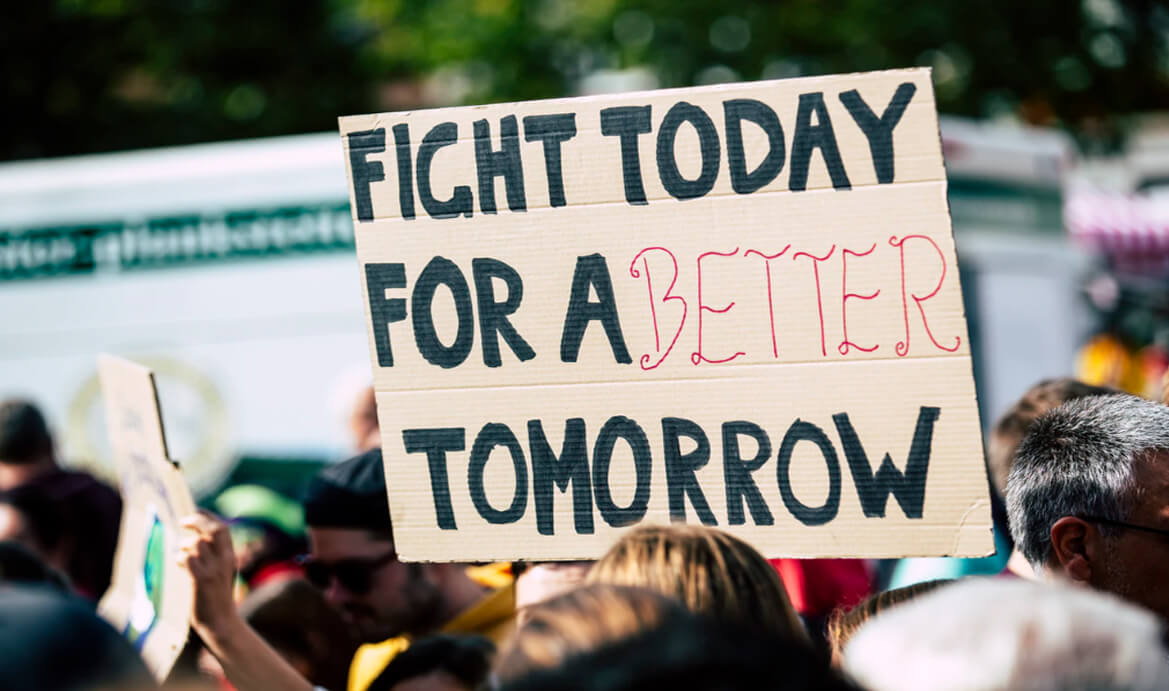 Black Lives Matter: Learning about colonialism and imperialism in PAIS

With the Black Lives Matter movement and protests occurring across the world, and (hopefully) remaining at the forefront of our minds and discussion, it felt imperative to not leave this unaddressed within these blog posts. Thus, I strongly urge you to;

Read – Me and White Supremacy by Layla Saad, and Why I’m No Longer Talking To White People About Race by Renni Eddo-Lodge (more readings included throughout)

Listen to – About Race with Reni Eddo-Lodge, Intersectionality Matters! hosted by Kimberle Crenshaw, the LaidBare podcast – “The isn’t a trend” hosted by @Oloni, @ScottyUnfamous and @ShaniJamilah & (more generally) The Receipts Podcast is also great

Watch – When they see us (on Netflix – could not recommend giving this a watch more), 13th (on Netflix), The Hate U Give

Protest – if you can

Don’t forget – to extend your activism beyond social media

Something that I would particularly like to address in more detail, for it seems so relevant to the studying of Politics and International Studies (PAIS), is the discussion surrounding the education of colonialism, imperialism and racism within the curriculum of schools and education facilities, particularly in regard to the erasure of Britain’s history of these atrocities and hatred. You have probably seen many petitions circulating looking to reform this erasure and biased agenda-driven teaching.

Personally, as someone who studied history up to AS level, I do not recall ever being taught of the British empire within my secondary nor primary education, nor the pain, murder, conflict and hatred that Britain has recurrently inflicted, and continues to inflict, within it’s colonial so-called “legacy”. Most history seems to consist of, either, the glorification of Britain’s empire and our exceptional and impressive past of “ruling most of the world”, or the exploration and critique of the role of the United States as the epitome of racial division and inequality, particularly in regard to slavery and racial segregation, taught to us as if Britain was exempt. Undoubtedly, 80% of the curriculum was most probably centred around World War Two and Nazi Germany – though I had the pleasure of learning about the ever-captivating and enticing history of Britain’s industrial revolution also (I can’t say that learning of farming and transport in great detail was ever one of my priorities).

It seems that no matter what was being taught, Britain’s abhorrent and villainous past was effectively erased, and thus effectively kept out of the minds of many, shaping the knowledge perpetuated and disposed through education to sustain the glorification of Britain and the erasure of its colonial past (though by no means limited to the past). This feeds into and reproduces the nationalistic rhetoric. The skewed perspective of historical figures such as Winston Churchill is therefore, perhaps, unsurprising when we live in a society that teaches and celebrates the glorification of his existence as a victorious war hero without acknowledging, educating of or caring for his indisputable racism and blatant disregard for non-white and non-western lives. It will only take you one Google search of the 1943 Bengal Famine and Churchill’s role within this to come to this conclusion, and to realise the murder of millions was not of his concern if they were not western millions. Additionally, his adamant, and commonly expressed, belief in a superior, western “aryan” race and rule exemplified beyond doubt his inherent racism and colonial attitude, for he regarded non-western peoples to be barbaric savages of whom could be dominated and controlled. It seems, to me, that Churchill stood for and asserted the very same discrimination, imperialism and belief in a superior race of those that he opposed and wished to defeat within the war. Yet, these beliefs and motives are overlooked and not subject to the same interrogation and disgust, for they were not to be inflicted upon the white western identity. The favouring of a narrative of Churchill’s war victory rather than the deaths and destruction he caused elsewhere, sets a precedent for how he view Western and non-Western lives. Take a read of:

It is undeniable that, until knowledge of Britain’s true history and colonial past is taught with neutrality (or even taught at all), it is impossible to begin to reform and correct the skewed perspectives that many people grow up to hold, and the ignorance towards Britain’s past, due to the identifiably whitewashed school curriculum. Hence, there has recently been emergence of petitions which propose the altering of the education system and curriculum for this to be taught, of which you can find on Change.org or Gov.uk.

This area has been particularly of interest to me due to the lack of education I received upon the topics and histories of colonialism and imperialism prior to attending University. Before studying PAIS, I was indisputably naive and ignorant to Britain’s history and the continued role and impact of racism, colonialism and imperialism within the contemporary world and international realm. I honestly was just ignorant to the extent by which the world is ruled by racial divisions and Western supremacy. Having just finished my final year of University, this is now all at the absolute forefront of my mind, and has shaped pretty much all of my essays (and my dissertation) over the last few years. When I say that studying PAIS has completely altered my worldview, this is what I mean – it’s now impossible to go back to looking at the world in the same way having studied postcolonial theories of International Relations and other critical theories. They undoubtedly aid you in applying a critical lens to everything you see occurring across the globe, with it clear the extent to which this is ruled by race, colonial attitudes and the idea of Western supremacy. Because of my white, and western, privilege, I was regrettably not aware of this previously.

Throughout studying International Relations, I have, each year, taken a module that draws in closely upon postcolonial critical theory; this was World Politics (core module) in 1st Year, Theories of International Relations (optional module) in 2nd Year and Critical Security Studies (optional module) in 3rd year. All of which, I would certainly recommend taking, particularly if you have an interest in this area. The modules allow you to study colonialism, and the perspectives of those such as Frantz Fanon (have a read of ‘Black Skin, White Masks’ and ‘The Wretched of the Earth’), Edward Said (have a read of ‘Orientalism’ – would strongly recommend this one) and Gayatri Chakravorty Spivak (have a read of ‘Can the Subaltern speak?), amongst many others. Their works and postcolonial theory allow the exploration of the international realm through critically looking at race and the impact of colonialism and imperialism both in the past and present. The application of such theory to contemporary political events and wars such as the Iraq War, Afghanistan, the use of drone warfare and other humanitarian and militaristic interventions (particularly by western to non-western states), exemplifies the modern-day presence of colonialism and the continued asserted dominance and entitlement the West believes it has – of which comes at the expense of the lives of the non-West.

Through studying Postcolonial theory and other critical theories of IR, such as Critical Constructivism and Poststructuralism, you begin to see how one identity, or the “self” is always constructed, secured and legitimated at the expense of an inferior and subordinate “other”, particularly in regard to state interactions. As such, in having a liberal Western democracy as the “self”, such as in Britain, this subsequently implies a non-Western “other” which is antithetical to this identity and is characterised by chaos and barbarity. It is this rhetoric and construction of identity which appears to rule the international realm, and is the basis and justification of most conflict and behaviour of international actors, particularly in regard to Western states which deem their presumed pre-determined superiority to justify the domination and control of “lesser” states and identities. This is also, usually, turned a blind eye to for it has been so extensively normalised through dominant Western narratives. As such, political figures such as Obama have been recurrently praised (and he was awarded a Nobel Peace Prize), yet, if Obama “apologised for 1 civilian drone victim every day, it would take him 3 years” , echoing and reasserting the rhetoric that non-Western lives simply do not matter. Studying “counter”- terrorism measures through a Postcolonial lens is particularly interesting for it uncovers how the narrative of it being “counter”- terrorism justifies countless non-Western civilian deaths in order to so-called ‘protect’ Western lives. This identifiably implies the value of one life above an other. Have a read of:

It is this construction and assertion of superior and inferior identities, with an antithetical “other” to the “self” which also dominates most debate and approaches towards borders and immigration control. This was central to the topic of my dissertation which used poststructural and postcolonial discourse analysis of the Brexit migration debate as presented within the Daily Mail and The Sun. Within these publications, migrants were constantly represented to be barbaric “others” to the liberal and ideal “self” of Britain, framed animalistically as savages by those such as Katie Hopkins (writing for The Sun) through comparing them to “cockroaches” and the dominant frames dictating them to be rapists and criminals. This discourse and rhetoric which is deeply entrenched within border debate, migration control and Brexit, is identifiably rooted within racism and attitudes of colonialism and imperialism. This again reiterates the prominence of this within the contemporary world, and there are countless other exemplifications of this.

Perhaps, the education of such topics throughout the school curriculum ,rather than the blatant white-washing to further nationalistic motive and attitudes, could begin to tackle the issues of ignorance and erasure. Luckily, many of the modules within PAIS tackle such topics, and have been highly informative. So, if you’re thinking of studying PAIS, or you already are, I would definitely recommend taking modules such as these, and utilising this opportunity to educate yourself and advance your own critical lens and world-view in a way that does not erase the history and presence of colonialism and imperialism, nor furthers Western-centrism and supremacy.

I hope you all have a good rest of your week – stay safe, stay healthy, keep educating yourselves & keep your activism alive.