Beyond Clinical Psych and Freud… – OurWarwick 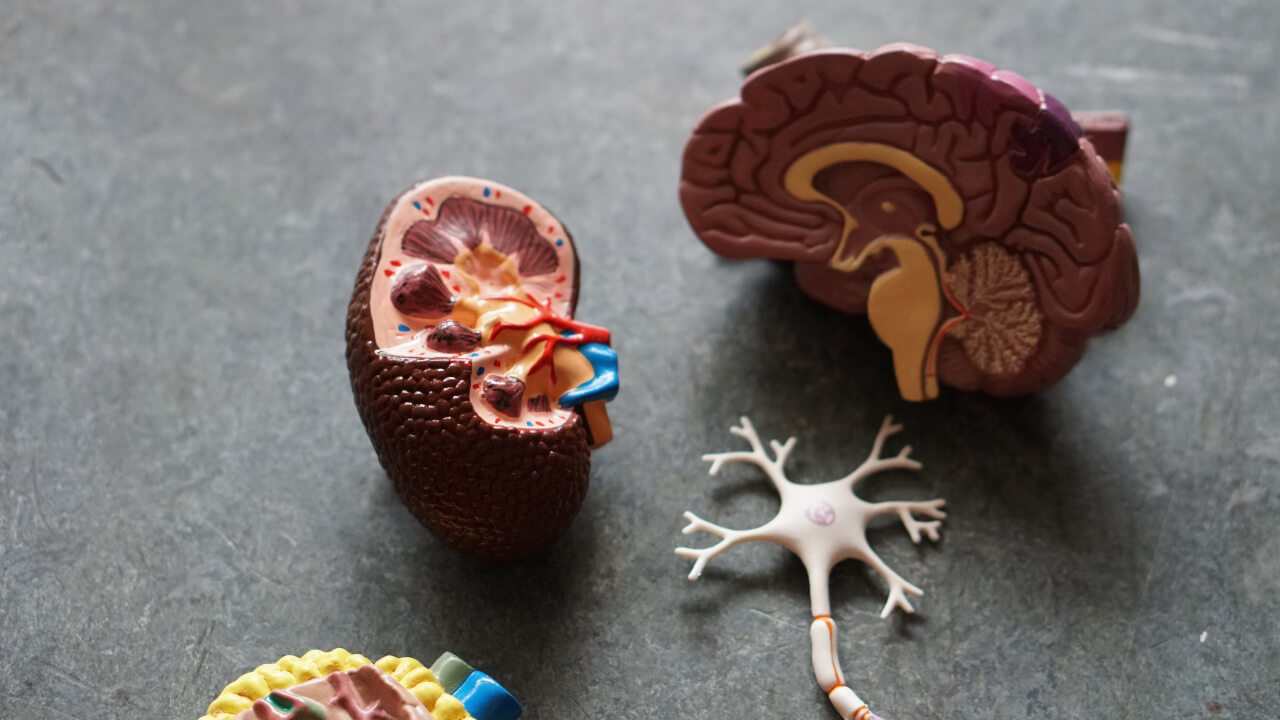 Beyond Clinical Psych and Freud…

Contrary to what many may think, not every Psychology student wants to be a therapist or counsellor. It’s not just about the minute area of learning how to communicate with people in a clinical setting and we certainly don’t sit and talk about Freud all day. For extra measure, no we don’t know how to read your mind and neither do we sit and analyse your every speech and movement (although a lot of us overthinkers do that without the help of Psychology).

People tend to not think about the, the research skills, statistics and data analysis, other fields of Psychology such as the biological aspects, child development, and even learning about animal behaviours like birdsong and the sexual behaviours of rats (yes, we’ve covered that!), and it’s inter-disciplinary nature.

So, today I want to bring to you an area of Psychology that people are often surprised to find out is even Psychology, but a core BPS requirement: Psychobiology (aka: Behavioural Neuropsychology if you want to sound fancy, but I’m going to stick with Psychobiology because it sounds way less intimidating).

Hopefully, this give you some insight into some of the interesting content you may cover in this area of psychology as well as give your mind something else to boggle over during this time.

TW (because it’s Psychology after all): point 1 will talk about sexual development and point 3 will include discussions surrounding eating behaviours, so if either of those make you feel uncomfortable, please skip ahead.

Here we go! I’ll try and explain things as simple as possible, so this will be a pretty long post.

In this section we were encouraged to consider gender as a continuum, comparative to the dichotomy we are usually presented with. We’re told that XX = female and XY = male, but is it really that clear-cut? (Nope!)

HOWEVER, not everyone with a Y-chromosome will have the SRY to trigger this ‘male development’. Therefore, the female system is not suppressed, and the male system is not activated.  So, there can be XY females (chromosomally male, but physically female). This occurs when the Y-chromosome gets ‘split’ during meiosis (cell division). When this happens the SRY may get translocated into another cell, so it’s missing! Therefore, there can also be XX males is the SRY gets translocated and ‘mixed in’ with the XX chromosomes, leading to the development of the male reproduction system being triggered!

HOWEVER (of course it’s not that simple), just because the TDF gene is activated, the cells produced following this are not guaranteed to be functional. Conditions like Persistent Müllerian duct syndrome means that the male system develops, but the female system may not be suppressed (due to dysfunction of the cells that produce hormones to suppress the female system), leading to the development of both male and female internal reproductive organs (intersex).

We need energy to function, even if that means resting and doing nothing. Funnily enough, this activity uses the most energy followed by the brain (uses up 20% of our energy!).

As well as for our basal metabolism, energy is also used for active behaviours, even digestion, and for reserves (storing energy as fat).

Let’s pretend we’re wild creatures. Some sort of extreme change in the environment leaves us with very limited food source. Luckily, we had been eating like usual beforehand, so we have reserves to rely on. But what would happen if our reserves run out and we still haven’t managed to find any food? We need energy for active behaviours (to search for food) and we also need energy for digestion (for when we find food to eat). Therefore, there’s no other choice but for our basal metabolism to decrease the use of energy. What would happen if we suddenly came over a great abundance of food source after searching and not being able to eat for a very long time (kind of like that scene in the Lion King when Simba has been walking through the destructed wilderness forever and meets Pumba and Tim)? Unlike what you may think, our basal metabolism won’t increase again. Instead our reserves increase. Our body prepares us in case another extreme event happens again. That way we have more reserves to rely on to keep us going the next time we run out of food sources!

3.    The HEMISPHERIC LATERISATION of LANGUAGE

You may already know that the left part of our brains controls the right side of our body and vice versa and that one half may be more dominant (but not solely responsible for) in certain abilities than the other. Nevertheless, they still communicate with one another.

Language (at least for most people) is a dominant feature of the left hemisphere.

When someone has had split brain surgery (this is where the corpus callosum is cut, usually to limit epilepsy. This is essentially a bundle of nerves that connects our two hemispheres together) sensory signals cannot cross from the right side of our body onto the left hemisphere. Therefore, when these patients are presented with an image/ object in the left visual field (so this info. goes into the right hemisphere and can’t cross over the left) they cannot name this object our loud. The same happens if they are holding an object in their left hand. Conversely, they can if it’s presented in the right visual field/ hand.

Obviously, this is not okay to do on humans who don’t need split-brain surgeries, but evidence for the left hemisphere being specialised in language is also present through an experiment called the Dichotic Listening Task. Here, participants wearing headphone hear 2 words simultaneously being played – one in each ear. Result: the word presented in the right ear is reported much quicker than the one presented in the left. What’s more is that this difference in less apparent in females (females’ language functions are less lateralised).

Would males or females regain language functions quicker after a stroke? Can you explain why this would be? (Message me if you want to check your answer!)

4.    CIRCADIAN RHYTHEMS and the SLEEP-WAKE CYCLE

A circadian rhythm is an internally regulated process which occurs daily, like our sleep-wake cycle. Three mini-points from this lecture because I couldn’t pick between them!

a)     Eating sugar before bed can disrupt your sleep cycle.

Cortisol is a hormone that causes arousal and leads to increased alertness. Cortisol decreases throughout the day, and gradually increase throughout the night (so should be high when we wake up). Having a sugary snack increases your blood glucose levels. To manage these levels, insulin is released to help store this glucose. The problem is that this leads to an increase in cortisol. Therefore, rather than a gradual increase throughout the night, we’re faced with a great surge of cortisol release in the evening/ middle of the night. Luckily, our body has an internal process to re-regulate this and decrease cortisol levels, but repeatedly eating a sugary snack before bed can lead our sleep-wake cycle to dysregulate from what it should be. Moral of the story: don’t eat sugar close to bedtime! 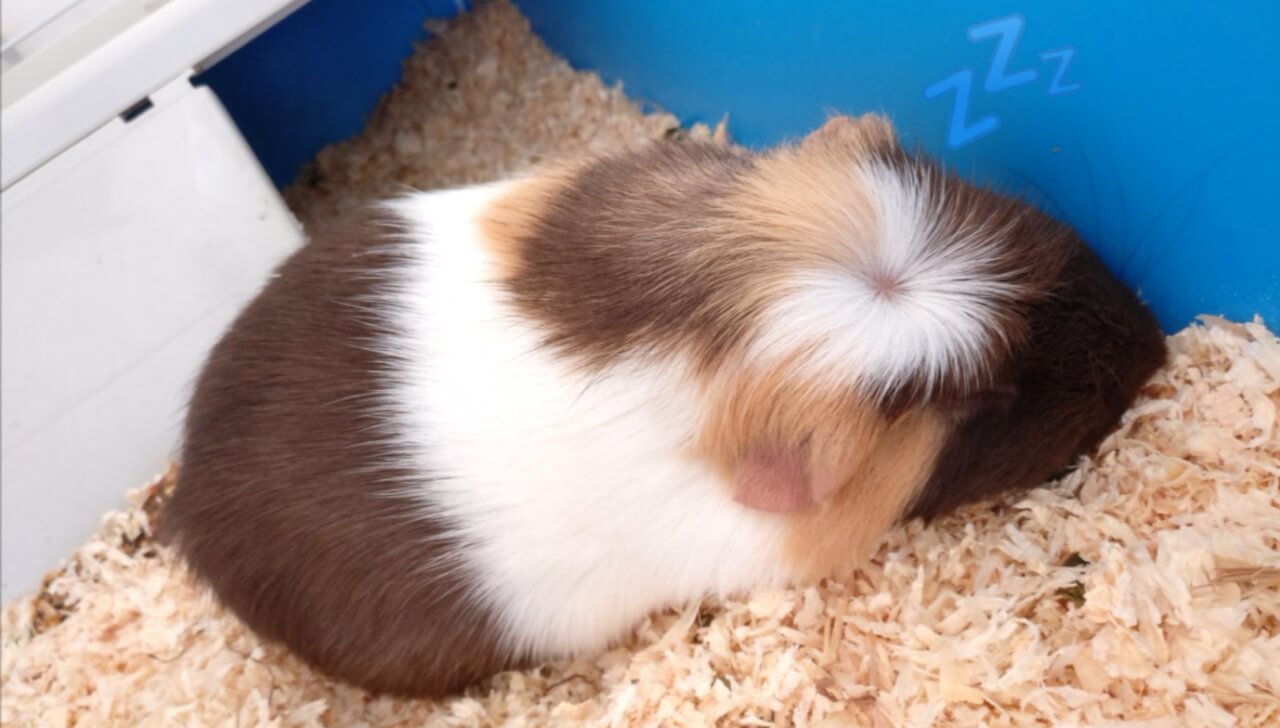 b)     The Suprachiasmatic Nucleus (SCN) is situated just above what is called the optic chiasm (where info from each visual field crosses over to the opposite side of the brain). The SCN is sensitive to light, which in turn activate the pineal gland to release melatonin (a hormone that promotes sleep). Even in the absence of zeitgebers (external cues from the environment such as light) the SCN will fire in a circadian (daily) rhythm. It just means that this rhythm may not match the external cues of when night vs. day is.

What’s interesting is that if someone is blind (in both eyes) as a result of cortical blindness (damage to the occipital lobe/ brain mass involved in visual processing), they will still have this circadian rhythm, because they are still light sensitive. This is opposed to someone who is blind (again, in both eyes) as a result of retinae damage, who are light insensitive and will therefore have a circadian rhythm that is not synchronised with zeitgebers. Recall that melatonin promotes sleep? Regular melatonin treatment can re-regulate sleep-wake cycles of light-insensitive people!

c)     This is a theoretical point that was made in the lecture and I thought that this was really interesting. During REM sleep (stage of sleep when the brain is as active as when we’re in waking state and the stage when we have vivid dreams), PET scans shows that our prefrontal cortex is not very active. A function of this part of the cortex is involved in tasks like logical reasoning. The interesting point is that there is also a lack of activity displayed in this area with people who have schizophrenia. Could there be a link between all the mad illogical dreams we have and delusions, hallucinations, and disorganised thoughts which may be experienced during an episode of schizophrenia?

I think that’s enough for the time being! I hope this has been able to take your mind and focus on something else, even if it’s just for a short while, and show you a side of Psychology you may have not been familiar with.

Please do feel free to pop me a message if you want to know more (or for those of you who don’t have an account on here but want to get in contact, I’ll link my university Instagram account here), or check out the module outlines on the departmental course page.

Usually, this is where I would list some references, but in this case thank you to: Dr Friederike Schlaghecken (for putting all the module material together and for the wonderful handouts which have been an absolute blessing for helping us to keep on track!); Dr Melina Kunar and Dr Adriano Lameira (for the delivery of this material), and Professor Thomas Hills (for the Evolution section).

If this is something you are interested in here are some textbooks (tips for buyinf textbooks: always get them second hand and browse around on different websites besides Amazon.):

If you end joining us at Warwick (?) these will be really handy for 1 and 2 year Brain & Behaviour/ Psychobiology modules, especially if you struggle with biology and need some extra material to help consolidate your learning. Of course, check reading lists first as content is constantly being reviewed and revised. Don’t freak out – you won’t cover everything in the textbook(s), and it all seems really overwhelming, but it will make sense once you get going and uncover the basics in class.

Bye for now and take care ?.