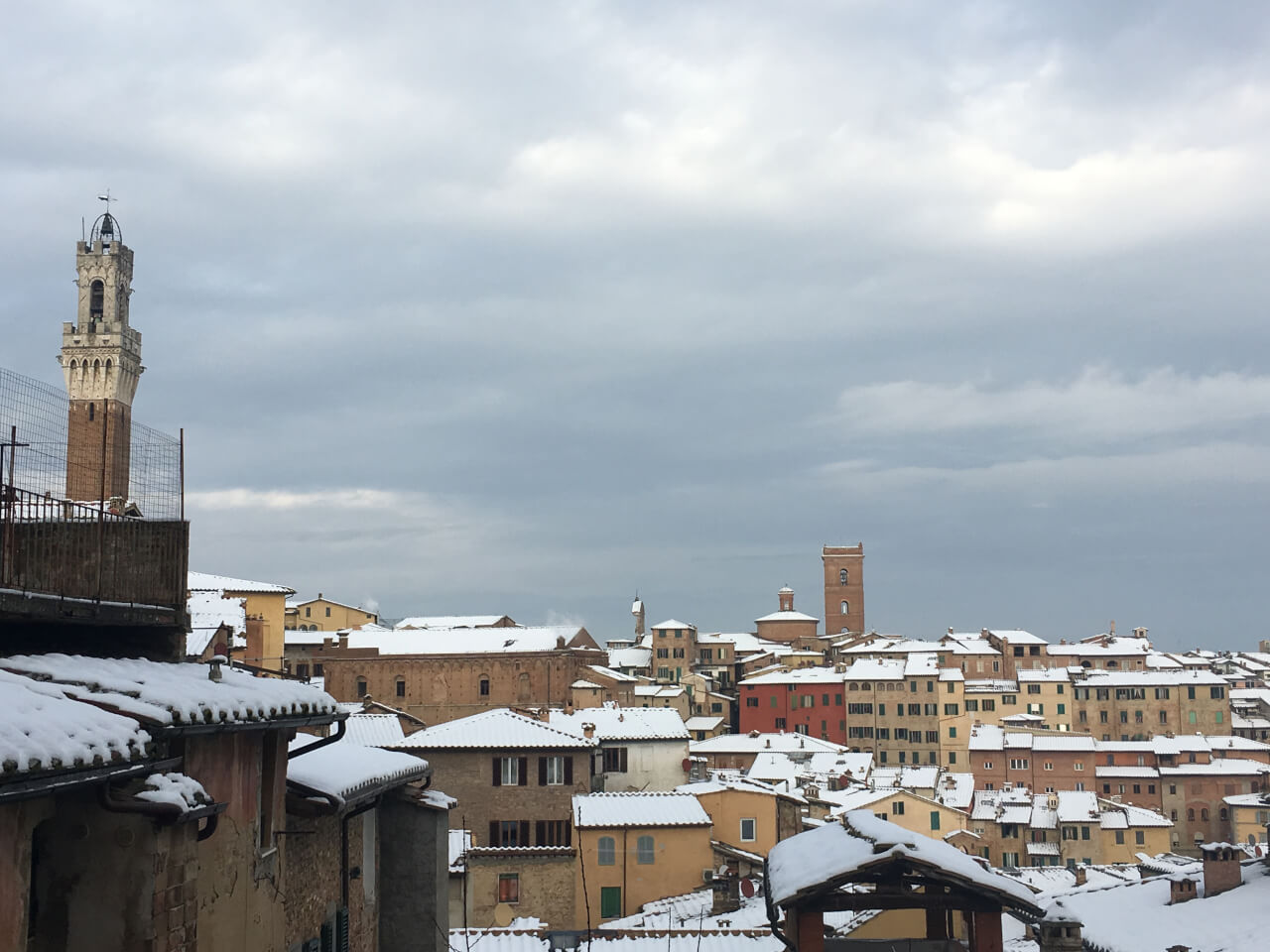 Ciao a tutti! Year abroad round two, and I am in Siena, Italy. I am already one week down, and let me tell you, despite staying in the same continent (meaning only a 2 hour flight this time!) it has been far from straightforward. Yes, last Wednesday, after saying for months that “I am so excited to see Italy when its cold, as I’ve only been in Summer” I was greeted with a Tuscan snowfall on the day I moved in…

The roofs of Siena, and also, the view from my balcony! Italy is already providing la dolce vita

I won’t lie, snow is great and very pretty, but when you are carrying two 23kg suitcases (yes, I know, I could have packed lighter) through the medieval streets of Florence and Siena, it is also the worst thing in the world. In fact, it was quite a stressful trip and made my 20 hour Heathrow – Toronto – Bogotá seem like a gentle stroll in the park…

It all started with packing when about 17 hours before my flight, my suitcases remained empty and my bed resembled the inside of my wardrobe… 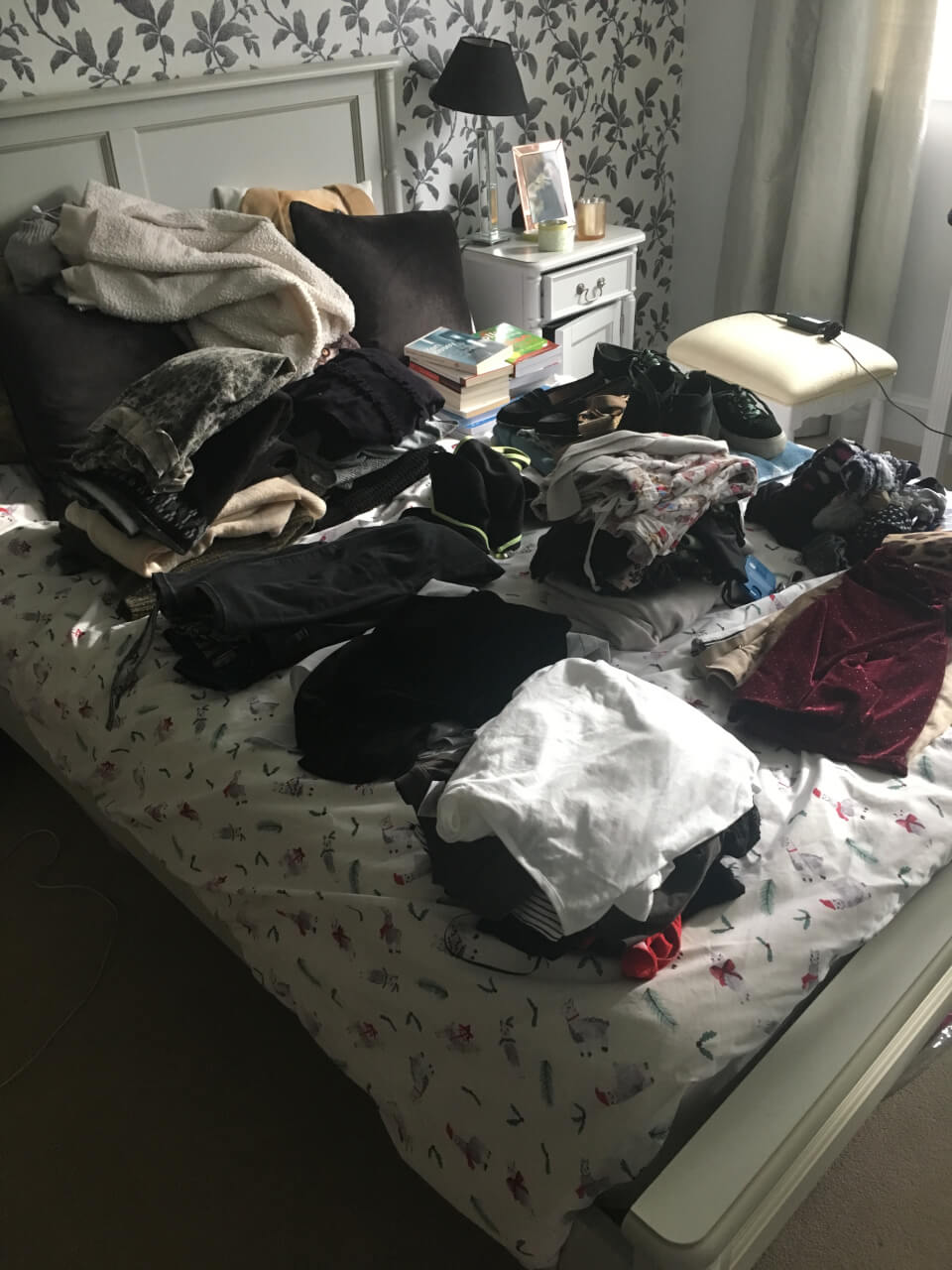 Eventually, my Mum and best friend did it for me, but don’t worry, the journey gets even more fun

As Siena only has 50,000 people (quite the contrast from Bogotá’s 8 million) it does not have an international airport, so Florence was my first stop. However, I was flying from London City, which although efficient, is in one of the least accessible locations of London, meaning I have to now thank my Father, who took the morning off work to help me fight my way through the Jubilee line and the DLR, in order to make my flight. And on to Florence, I went… 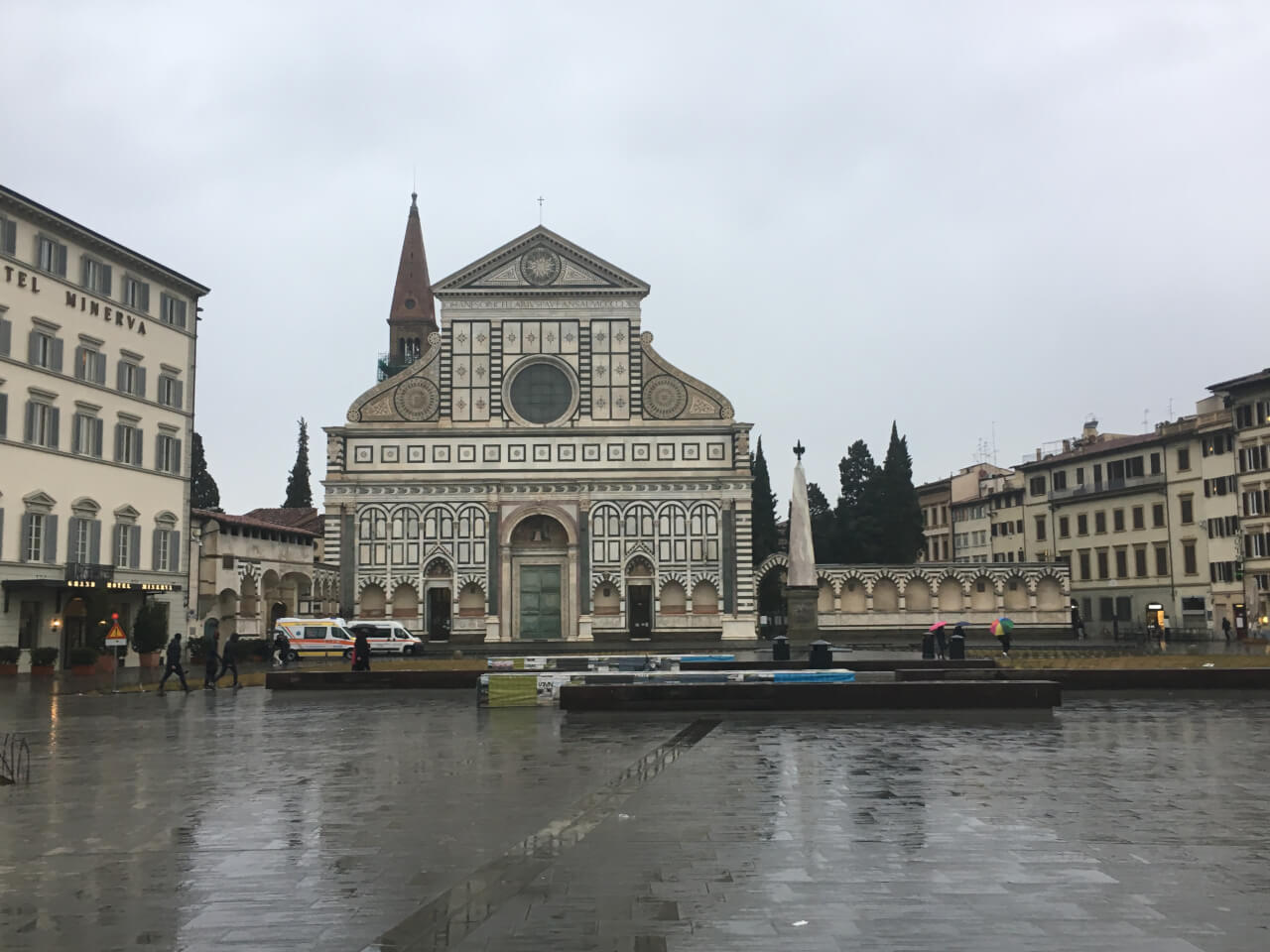 Despite it raining for my 24 hours there, it was still as incredible as ever, and perhaps even better without the armies of tourists that crowd there in the summertime. 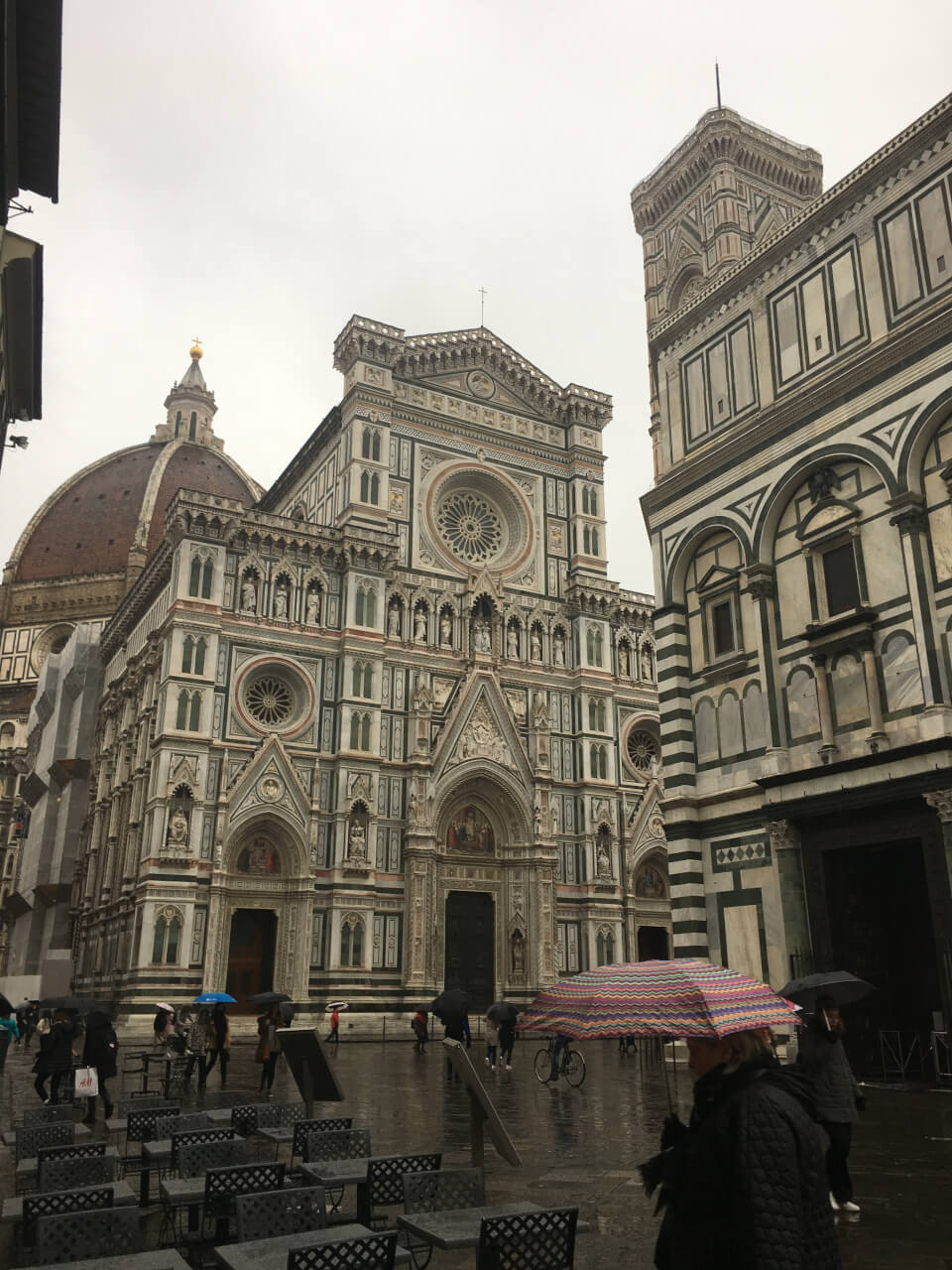 The beautiful Duomo di Firenze- it’s so big that it is impossible to get it all in one picture!

Nevertheless, the following day came, and a bus journey and two treks through Florence and Siena in the snow later, I finally made it to my new home in Siena, with frozen feet, wet boots and a serious need for a cup of tea. But of course, my flat did not have a kettle! Boiling water on the hob it was then. (Don’t worry everyone, I can confirm that I have since gifted my flat a kettle, which was actually the first time my Spanish flatmate had ever seen one!) 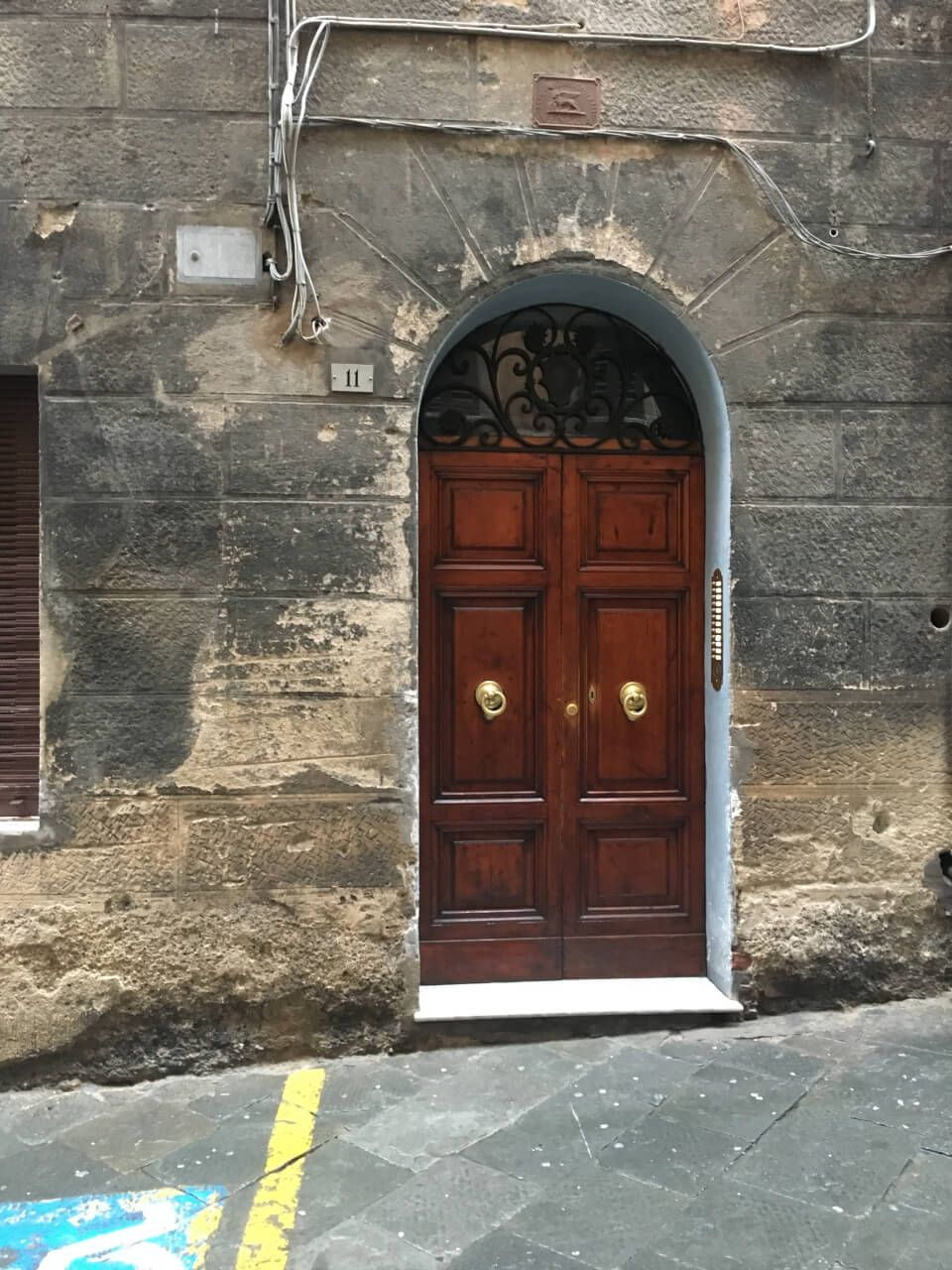 Who wouldn’t love this as a front door?!

About 5 minutes away from everything (except my daily Italian lessons, which are a half an hour walk each way, but more on that another time…) and with the loveliest housemates, my new home is in the Onda Contrada. Siena is made up of 17 different areas, or contrade, and each has their own name, symbol, colours and church, something that is very important for Siena’s infamous annual horserace, Il Palio. My contrada’s name means wave, and our symbol is a dolphin. 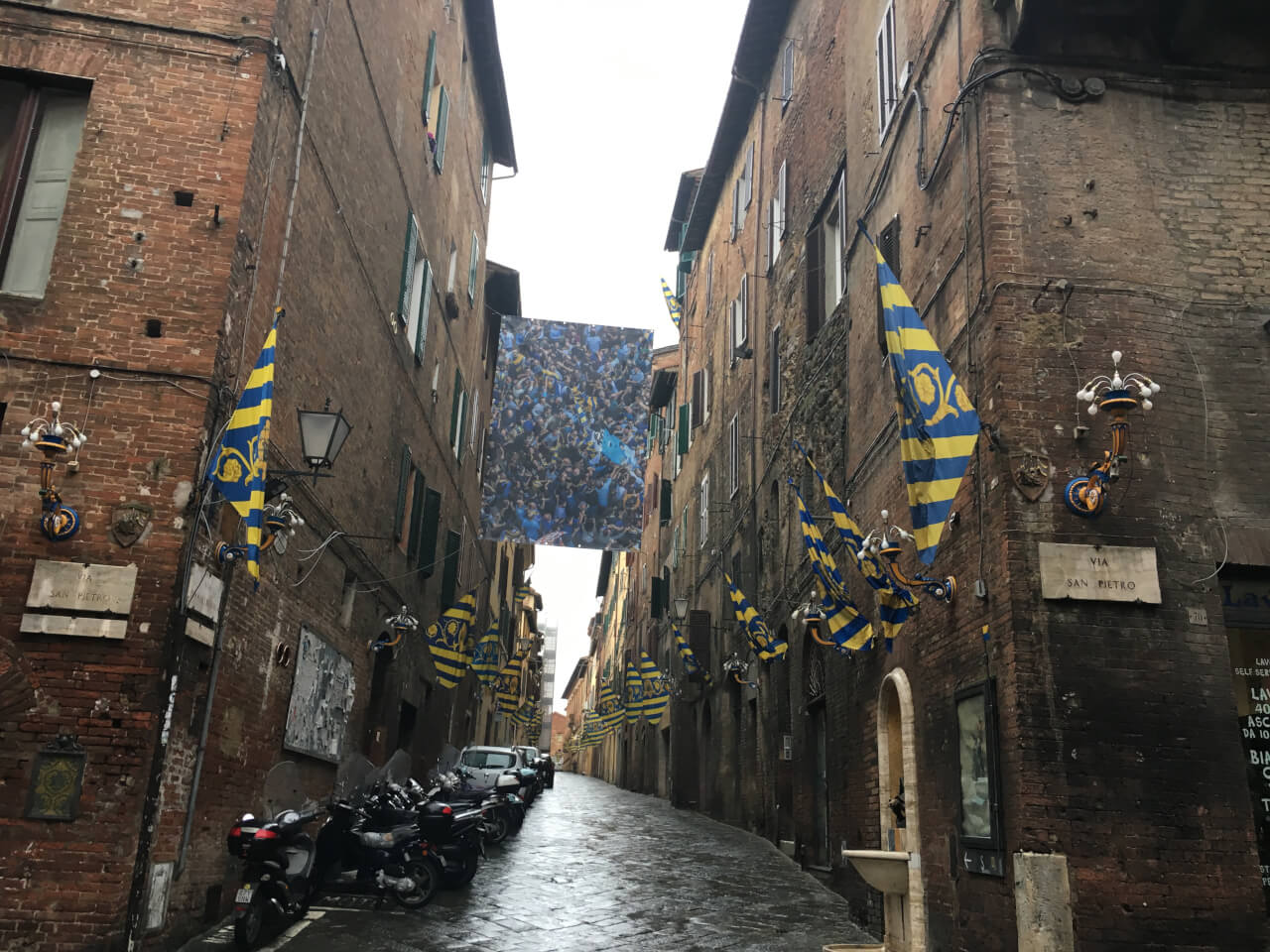 If you win the Palio, you can decorate your contrada for the remaining months, as demonstrated by Tartuca (tortoise)

But away from historic residential rivalries, I think Siena is one of the most beautiful cities in Italy, and day by day, I am slowly getting better at navigating its cobbled streets and speaking Italian. My university semester doesn’t actually start until the end of February, when I have my official welcome week, however, seeing as I only started Italian in first year, I decided to do the free “intensive Italian course” offered by the university for the whole of February. Yes, it is intensive, as it is 5 hours of pauseless Italian, but I think it is working. I mean, given my module choices, it has to work, as they are all in Italian, and feature an oral exam at the end instead of a written one. 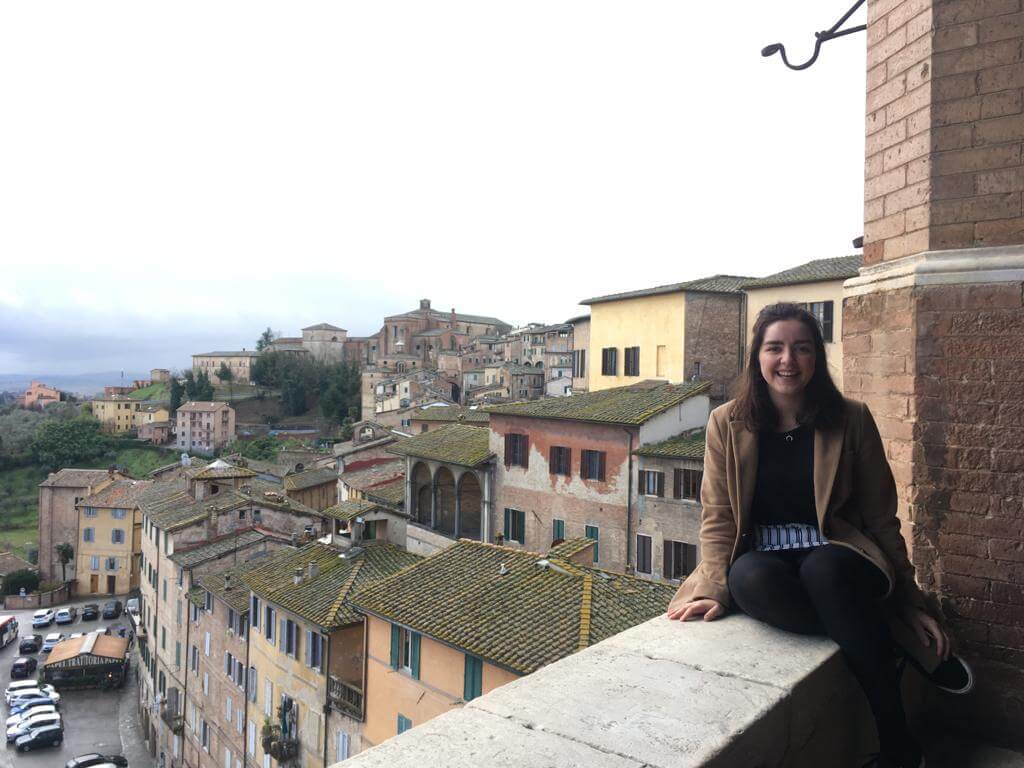 Now that I have succeeded with most of the initial Italian bureaucratic nightmares, such as getting a codice fiscale, the equivalent of a national insurance number, and booking my appointment at the local police station to get my residence permit, things are looking easier. Although, I don’t think many things could be more complex than trying to obtain said appointment, as I had to…

– go the post office to get a pack of forms

– fill in 37 of them, including about 10 pages explaining why I don’t want asylum, but not certain sections about why I am not a refugee

-return to the post office and  get passport photos taken

– find out that I don’t, in fact, need the passport photos

– and finally get an appointment time, which is in March, at 10:13 in the morning!

But bureaucracy aside, until University starts, I am merely enjoying the slow pace of life here, where I practically know every passage and street after 1 week, whilst trying to improve my Italian and visit every museum the city has to offer. In fact, The museum of torture is next on my list as its about 1 minute from my house! Look at the endless oppurtunities studying abroad gives you… 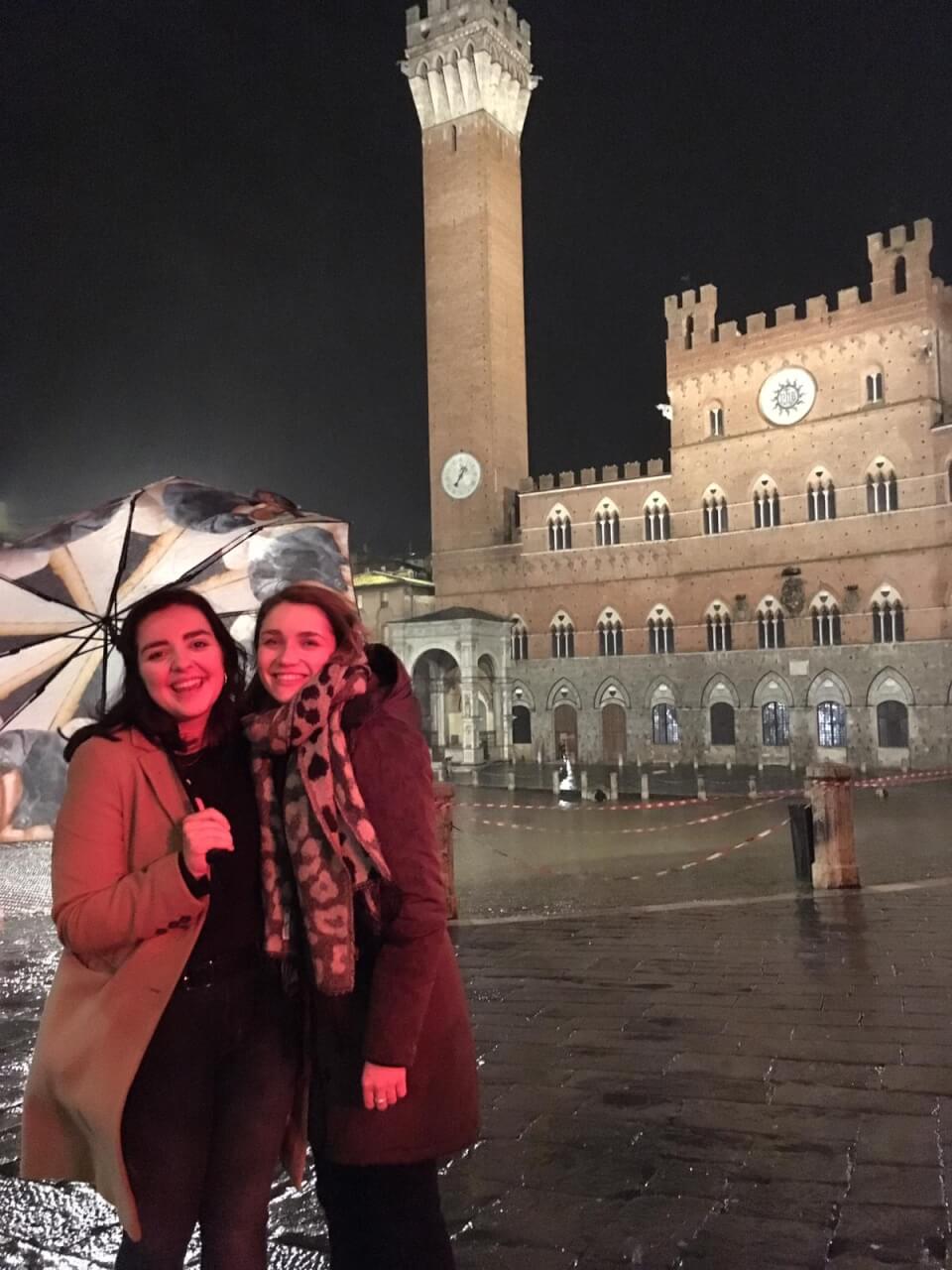