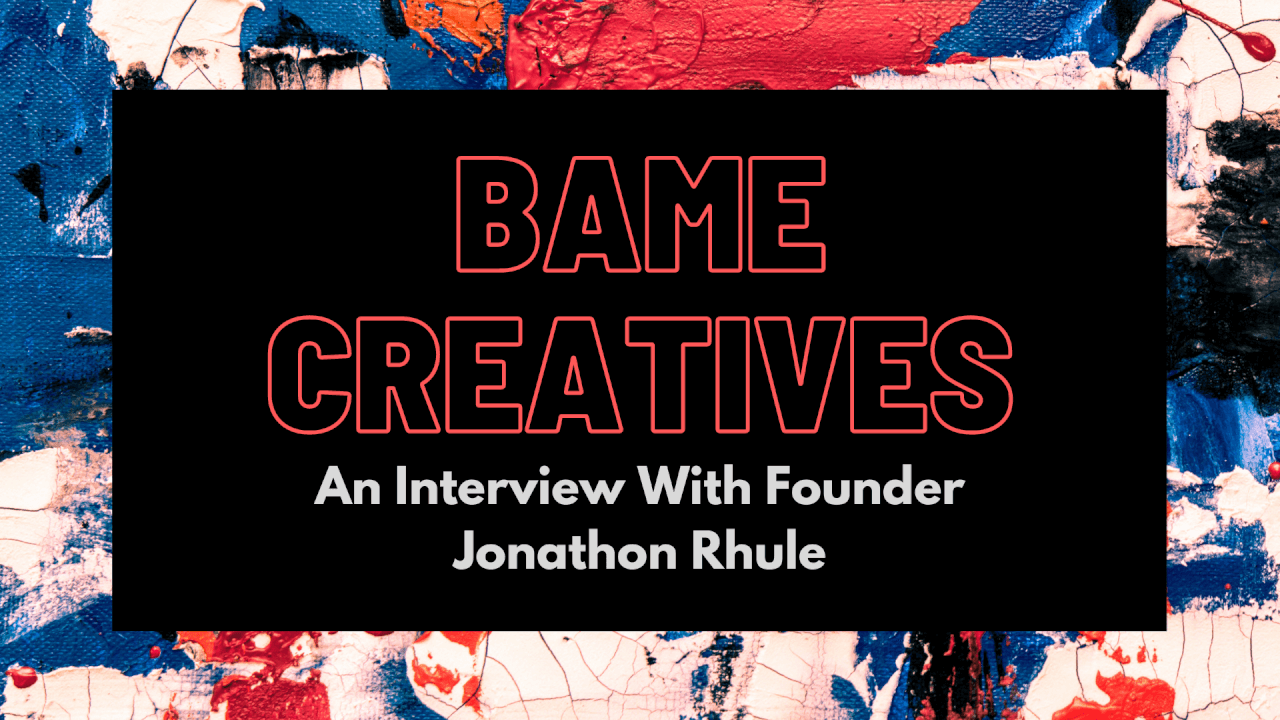 One of my highlights of second year was being on the exec of BAME Creatives, a new society created this year to improve and celebrate diversity in the creative arts. The society has already achieved an incredible amount in just a year, including a show called ‘Profoundly Affectionate’ at the Warwick Arts Centre and a performance showcase, and has recently won the SU Union Award for Best New Society! I decided to chat with the founder (and all round lovely person) Jonathon Rhule about why he started the society and what he hopes it can achieve in the future.

Hannah: Hi! So, why did you start BAME Creatives in the first place?

Jonathan: So I’ve been in Warwick Drama for three years. I joined as a Fresher, literally the first day of freshers, and the societies were so undiverse. And over the end of my first year, I was thinking about doing something, but I was kind of like I don’t want to make a fuss. But then in second year, little – I guess you could say microaggressive stuff started coming up. People would say certain things or phrase things in a certain way.

Then I was at Edinburgh Fringe performing with Improv Musical. And about halfway through, it was a show that was set in a bakery and I had been transformed from an egg into a cake, and the style was reggae. And everyone else felt a bit uncomfortable doing reggae, so I stepped up to do it. And this woman on the front row had been heckling most of the show, and I just heard this onslaught of “oh, I think that boy’s a brownie, is he meant to be a brownie because he’s brown. Oh, brownie, brownie look over here brownie,” all this stuff. And my heart in that moment just dropped because my mum, my dad, my grandma, my sister’s were all there, and I was so excited for them to see it. And we had basically a sell out show, so like two hundred and thirty people. And no one said anything to this woman. I literally couldn’t sing, I couldn’t act, I couldn’t do anything. I felt completely paralysed. And I had to withdraw from two or three shows after that, I was very reluctant to do any more shows because I was just so scared that something would happen again. And I was speaking to Ethan (another performer) about it and he said that he had been racially abused while he was on The Mile as well, someone called him “monkey” or something. After that I was like, okay I really need to do something because this is getting ridiculous. If I want to enjoy being in the theatre scene then I actually need to make a difference. And then it pretty much just went from there, like things snowballed.

H: That’s such an awful experience to have.

J: Yeah. It is not fun in the slightest.

H: Going on from that, why do you think BAME Creatives is so important in Warwick Drama specifically?

J: BAME Creatives allows people of colour to get involved. Just this year, we’ve seen so many more people get involved, which is just real progress. Almost more importantly, it’s made everyone else check their privilege. Having people come into the societies and say, this is my perspective and it’s very different from yours, but that doesn’t mean that we have to be against each other, I think that’s the biggest impact. And everyone’s kind of thought, okay, what have I done in the past, what have I done wrong, and where can I go from here. I think that awareness is so much better than it was in my years before.

H: Yeah, there’s definitely been a change this year. Carrying on with that, what do you hope BAME Creatives will achieve in the long run?

J: Well, I’m not a very good planner, I must admit, I’m very set on things in the short term. I’d love for us to become more of our own independent institution, to do more of our own shows, if we manage to get funding, do more events, more socials and really help those two worlds collide, that previously have been so far apart. Like this year has been crazy considering it’s a society which was only officially recognised in December. So the fact we won the Best New Society award is incredible. I want it to keep on growing and growing and maybe expand beyond just the theatre scene, because being a creative is so much more than just, you know, acting and performing. It’s like writing, it’s like all these different other things that I think could be great to step into.

H: I agree with all of that. What would you say that your personal proudest moment of the year has been with the society?

J: I have two in my mind, and they’re really hard to split. And they’re both for such different reasons. The showcase and the actual show, Profoundly Affectionate, that was just amazing, like the audience was so much more diverse than it has been before. We had our final night, we had to literally add extra seats on the day, I was like running around trying to sort out getting extra seats. And even then, people didn’t get in because we couldn’t increase it any further. And that went down so, so well and the showcase was amazing as well. But- is it sadistic of me to say this? There was a show put on this year that, in my personal opinion, was quite offensive. And it was the first time that I really had to step up as a president, and I had to take all these meetings and deal with quite a lot of bureaucracy I hadn’t had to deal with before. So kind of doing that and helping people understand why what they did was wrong but why we weren’t angry was really great. And as a result of that process I think the people involved have made so many steps to really, like, change things. That was a moment for me where I never thought I’d be a president of anything, y’know? That’s not really who I’ve ever been. I thought that was quite a big step in my growth.

H: That’s so interesting to hear.

J: I know, it’s one of those things that I never would’ve thought would be one of the things I’m proudest of. But as you said that, it was the first thing I thought of.

H: Fair enough. In terms of BAME Creatives in the bigger theatre world outside of Warwick, what sort of impact do you hope that the society might have?

J: I mean, when we first started the society we got an email from Birmingham saying they wanted to set up a similar society, and that to me was crazy. I never thought that anyone would want to do the same thing, and now I’ve heard whispers of similar societies being set up. So I think if that can be emulated across other universities, that would be fantastic, because then it’s like a new bunch of people that are going into the theatre scene a lot better equipped to deal with like racial issues onstage and racial tensions, like dealing with issues of appropriation and that kind of thing.

H: That would be so cool. In terms of the society again, what would you say has been the crowning moment this year?

J: Definitely Profoundly Affectionate because that was the first time when I think people outside of the theatre sphere took notice and came to see the show. I think having people come to the theatre and really enjoy it was great. And literally on the closing night I dropped my parents by their car and these two girls turned to me and they were like, “are you part of the BAME Creatives Society that did that show?” And I was like, yeah, I’m the President, and they were like “that was the best thing I’ve ever seen, can I get your Instagram, your Facebook, I really want to get involved”. I just felt so taken aback because it’s all well and good when it’s people we know. But when people you have never met in your life are like “you guys are amazing”, that’s when I was like, wow. That’s amazing.

H: I know I heard similar after the show, there were so many people saying I’d love to get involved, like I haven’t acted since GCSE and I want to do it again.

J: That’s literally what I dreamt of when we first did auditions. We were struggling for sign ups at first, and then through friends of friends passing information, we basically got a cast of people I had never met. Like out of the five of them, four of them had never been involved in Warwick Drama before. And they came in, they integrated pretty much seamlessly and they loved it. Like Nahid, he hadn’t done any acting since GCSE drama and this helped him get back in, and he’ll become part of the society in a big way. And that’s just insane.

H: Final question – what’s next for you? What are your plans for the future?

J: So I received an offer from BPP in London to do a law conversion in January, which is super exciting. So I’m starting that in the New Year. I don’t know how much I’m going to be involved in the theatre world, but BAME Creatives is always gonna be my baby. I’m always going to check back and catch up with whoever’s in charge. I think my personal future will always involve the society in some way. Like, I think I can never just say, fly. I would always have to be, like, peeping over the shoulder like, how’s it going? What you guys doing? And if someone’s like back off, like. Yeah. Cool. Cool. I’ll back away. But you know, BAME will always be my in my future.

H: That’s so cool. Thank you so much for talking to me, and good luck with everything!