Awkward mathematicians, pretty Christmas things and a bus to Coventry

It’s starting to get a little bit Christmas-y, and it’s not even December yet!

On Wednesday, I ventured into Coventry for the first time, to see the Christmas lights being switched on. At about half past 4, I met up with my friend Clare and her flatmates outside the Arts Centre, and we caught the bus. Back home, I spend a lot of time on buses – I live in the middle of nowhere, and my sixth form was about 20 miles away from my house, so my bus pass was my link to the world. While it’s lovely that Warwick has more or less everything within walking distance, it’s quite weird to not need to travel, and after a while, it really does start to feel like a bubble. This was the first time I’d been on a bus since arriving, and I was pleasantly surprised how cheap a day ticket is – back home, it’s £7, but here it’s £3.90. 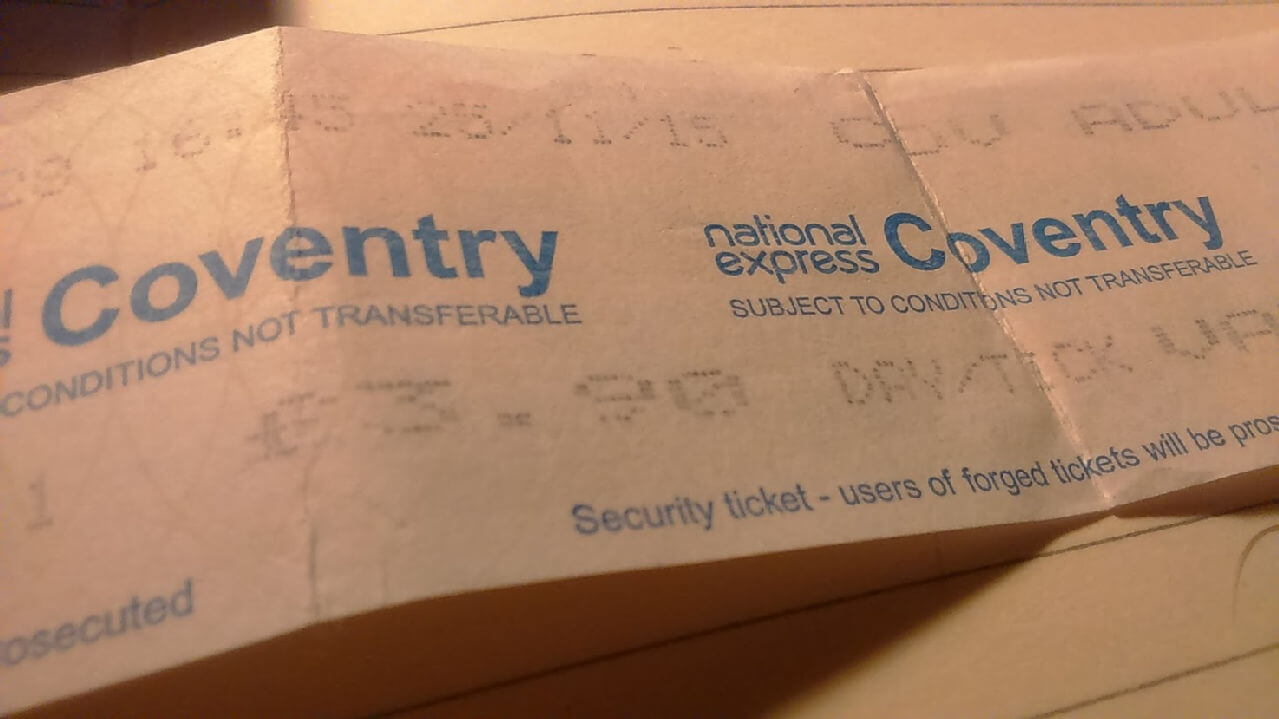 Unfortunately, there was a lot of traffic on the way into the city centre, so our bus took a lot longer than we expected. It did mean that we had a lot of time to chat, though – having not met before, we started with the awkward Fresher’s Week style “What A-levels did you do?” questions. It turned out that two of Clare’s flatmates do maths as well, so we quickly moved onto “Who’s your supervisor?”, which became even more awkward because neither party knew the other’s supervisor. The maths department is pretty big – over 300 people in first year alone – so it’s pretty understandable that we’ve not crossed paths. Coming from a sixth form with about 50 people in a year, where everyone knew everyone, it’s weird to think that my entire year group could fit into MS.02 seven times over and still have spare seats.

When we finally got off the bus, the show had already started – a music act was on stage, but I can’t tell you for the life of me who they were! Much to our disappointment, The Gruffalo had already been and gone before we got there. We decided to wander through the mall to waste some time before the big switch-on. West Orchards is absolutely huge, and was completely packed with the Christmas rush for late night shopping. Even the Christmas decorations were massive, and so elaborate – smoke machines and lasers as part of the decoration! Blows Castle Mall Norwich’s usual fare of twee little presents hanging from the ceiling out of the water. 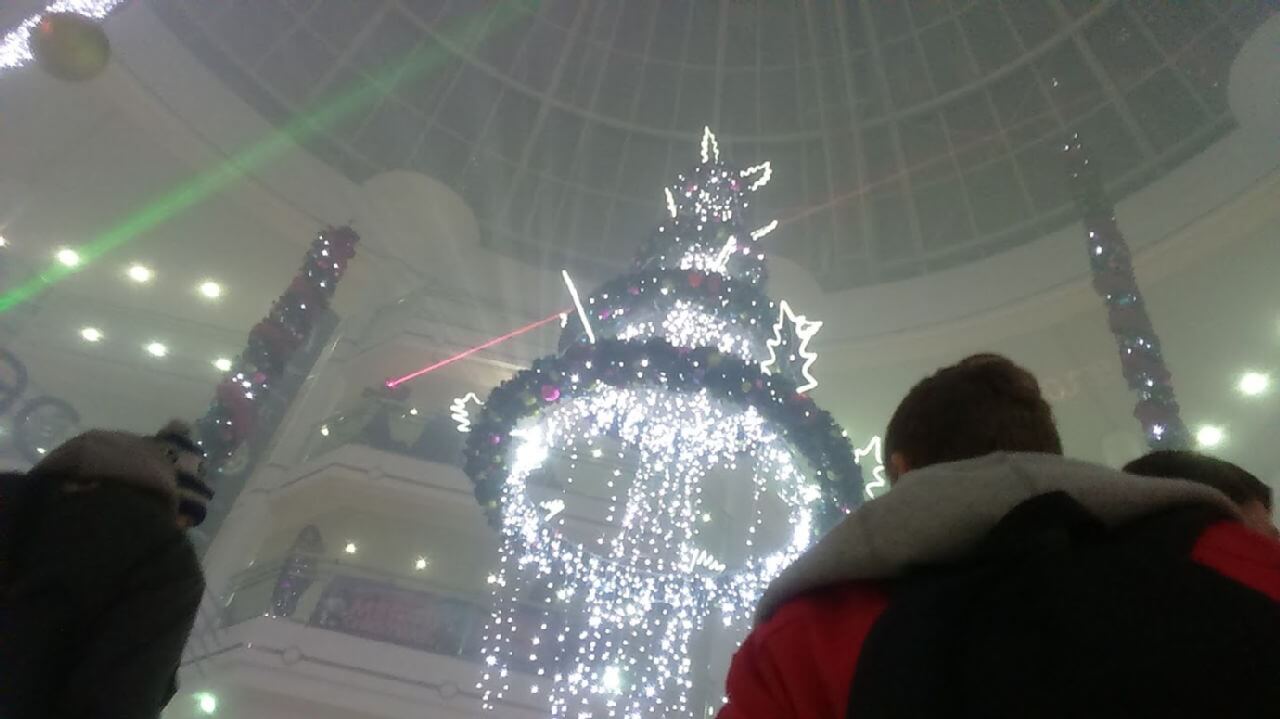 It was nearly time for the switch-on, so we went back outside to find a place to watch from. It just happened that we arrived on time to see Bruce Airhead – I won’t spoil the surprise at the end, but essentially, he danced his way into a small-car-sized green balloon, through the neck of the balloon. It was great – almost made up for missing The Gruffalo. We also listened to the mayor just before the lights went on. I think my phone camera was playing up sometime about now – I’ve got a few pictures, but they’re really blurry. 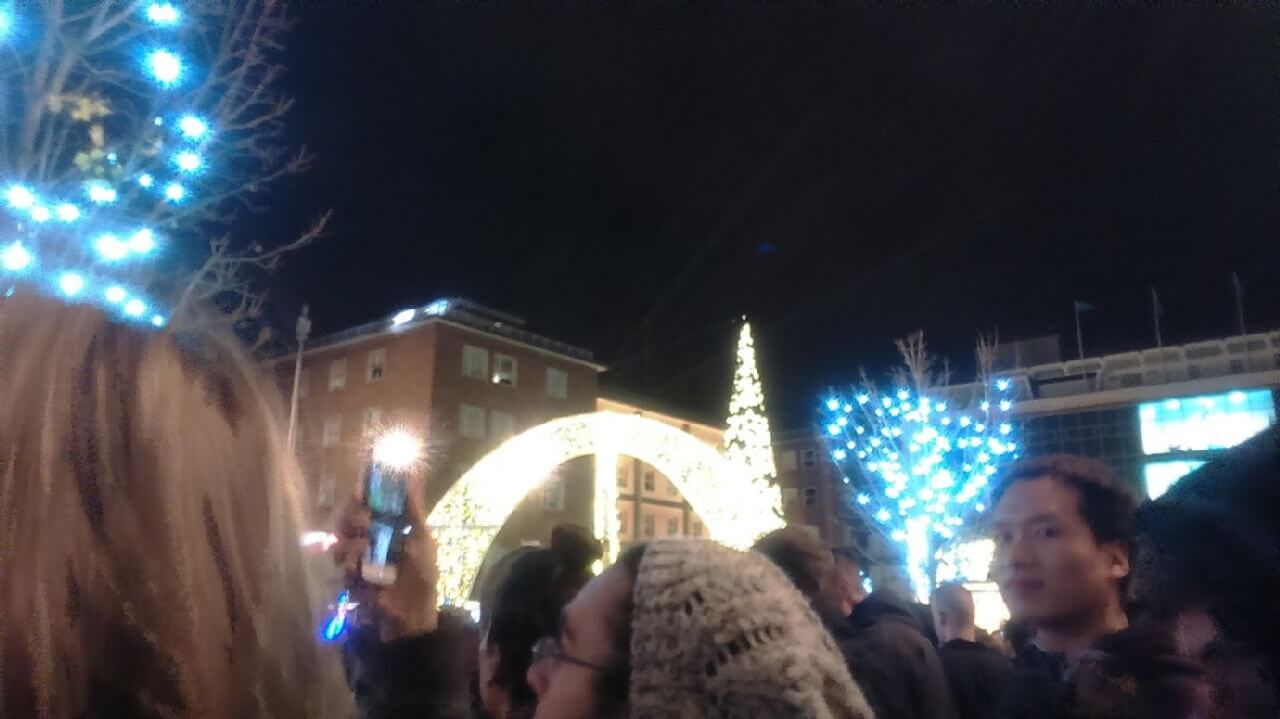 The bus ride back was much quicker than on the way there – we were home just after 9. I went back to my assignments, and was straight back into the bubble.

Inspired by the elaborate decorations in the city, I thought I’d try to bring a little bit of Christmas into my flat last night. So, armed with a little stack of printer paper and some scissors, I channelled my inner 5-year-old and made some snowflakes for our living room. It feels wrong starting Christmas in November, but as term ends less than two weeks into December, I feel obliged to stretch the festive spirit as far as possible, so I think I can forgive myself. 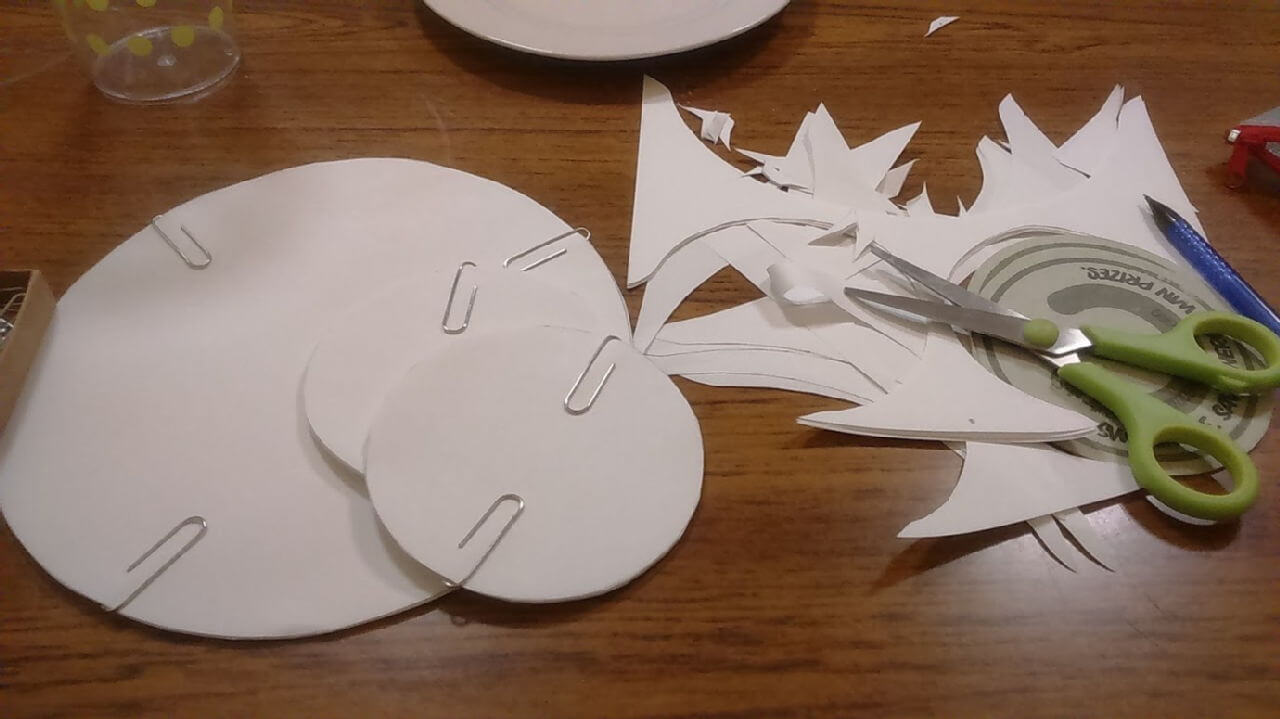 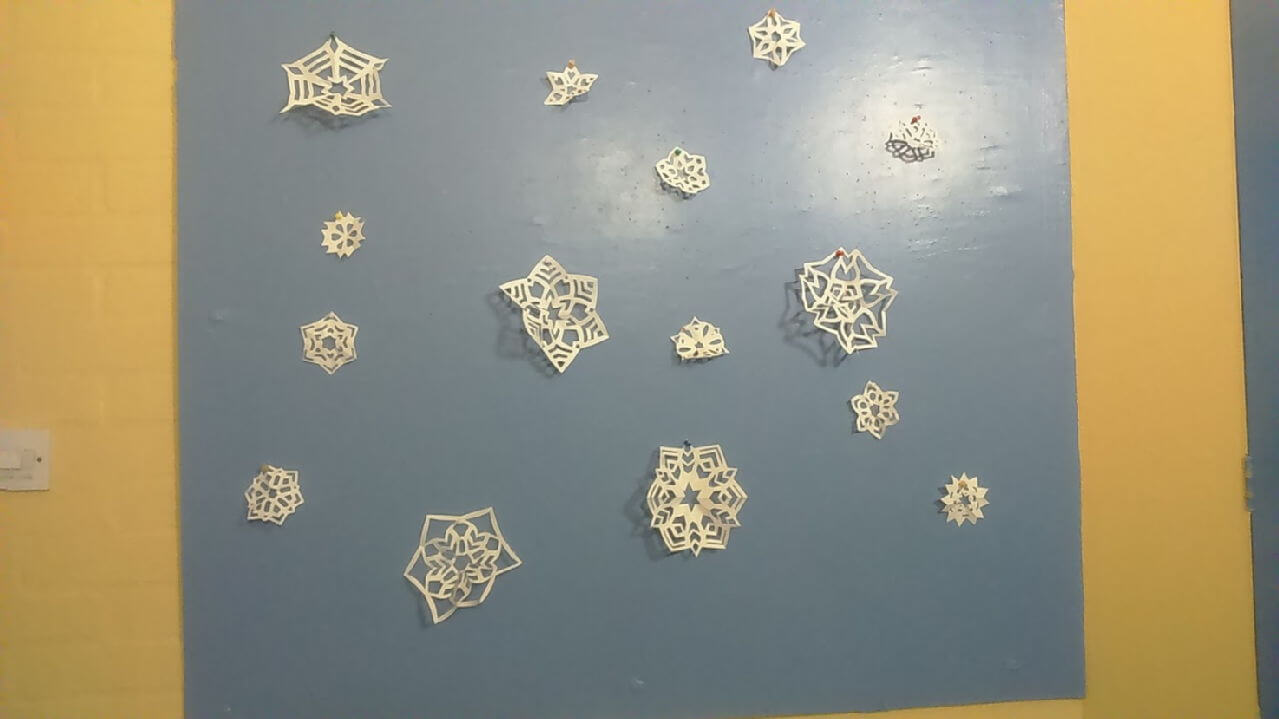 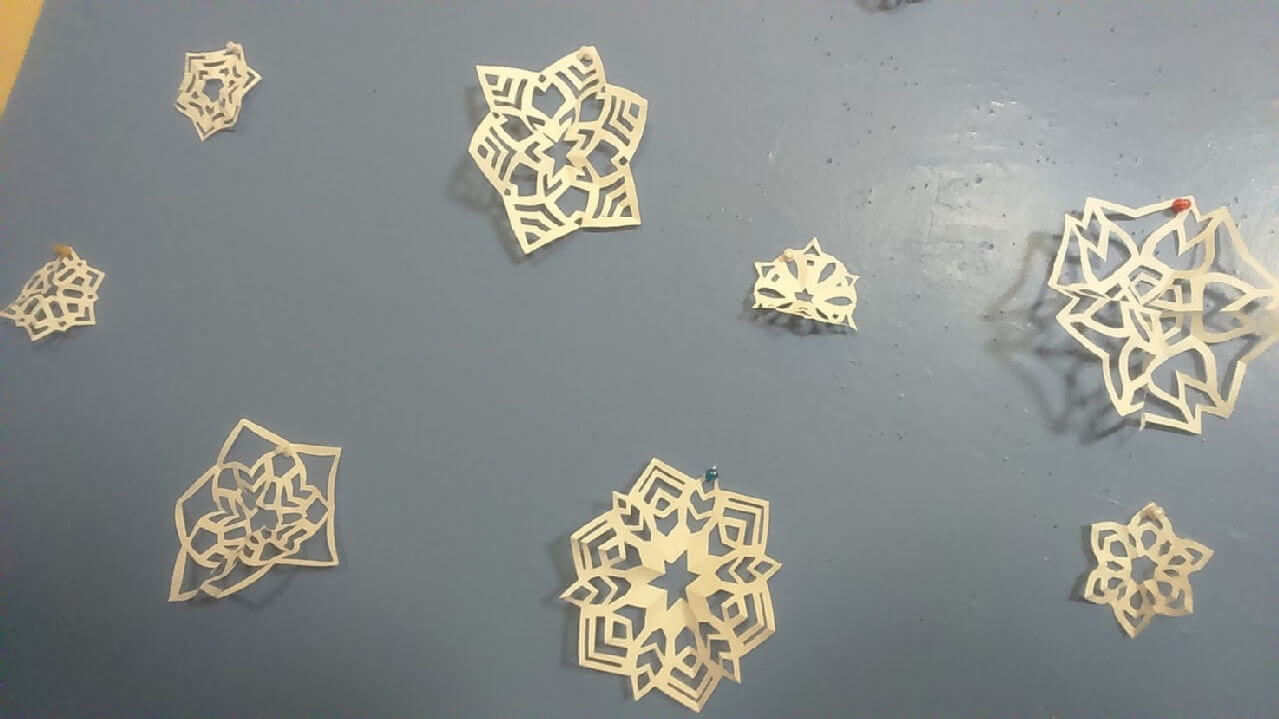