Aussie sport (and updates on my last week or so) – OurWarwick 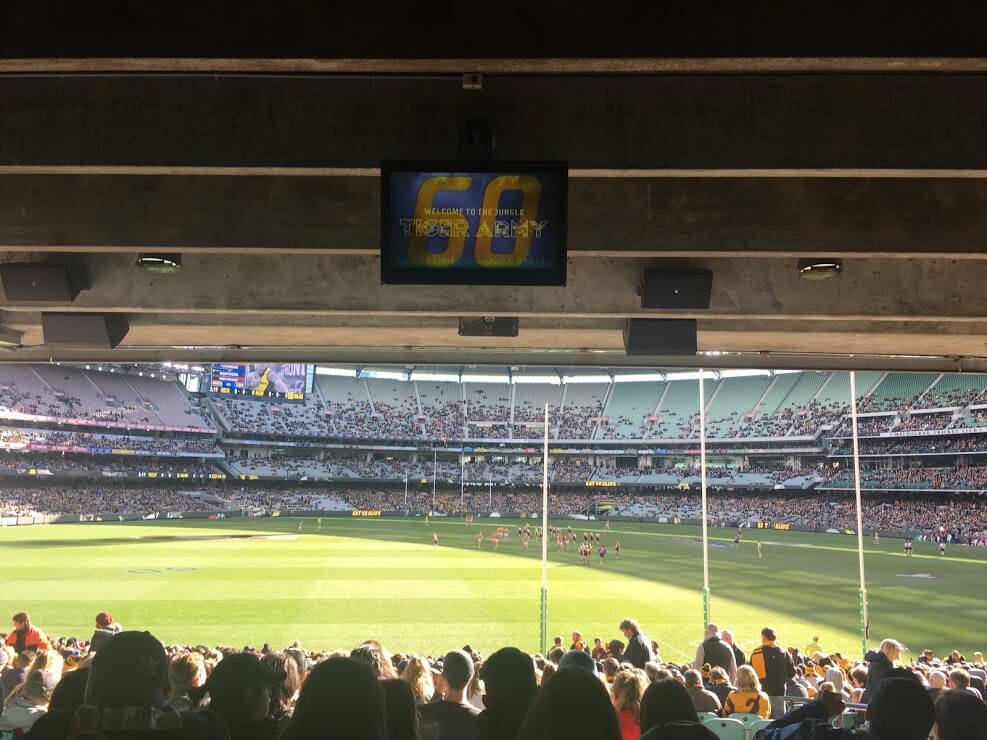 Aussie sport (and updates on my last week or so)

I hope you are doing well! It is so crazy to think that I am nearly done with my first semester and my Warwick friends haven’t even started yet!

Today is the day before the AFL Grand Final – which in the sports-orientated Victoria means a public holiday! This is great because it means that I can spend the weekend really immersing myself into Australian sport with locals who have also decided to keep the weekend free from studying.

So; what is the Australian Football League (AFL)?

It is basically an Australian Rules Football match held in Melbourne every year. Note: it is very different from British football! (Unfortunately, I am still in the process of learning the rules so I can’t provide much more information than this… yet!)

It is traditionally held on the final Saturday in September and Australians take it very very seriously.

Tomorrow at 2:30 PM (Aussie time) Adelaide and Richmond will be competing in the final in order to win the premiership cup. There is an expected crowd of around 100K people which shows just how central this is to Australian culture!

One of the modules that I study, Exploring Contemporary Australia, involved studying the importance of sport in Australia, and specifically in Melbourne which was really interesting. You hear a lot about Australia’s participation in cricket in the media but not so much the AFL, so it helped to gain a greater understanding of the sporting culture from a local perspective, and not just an outsider one.

You can take a tour of the Melbourne Cricket Ground (MCG), visit the National Sports Museum, take a stroll through the Yarra Park or just simply have some casual conversations with those around you.

Saying this, don’t worry if this isn’t something that you are interested in – whilst I definitely recommend you get involved slightly, this is by no means compulsory. Melbourne has so much to do and it is very likely that there is something to cater for your interests! 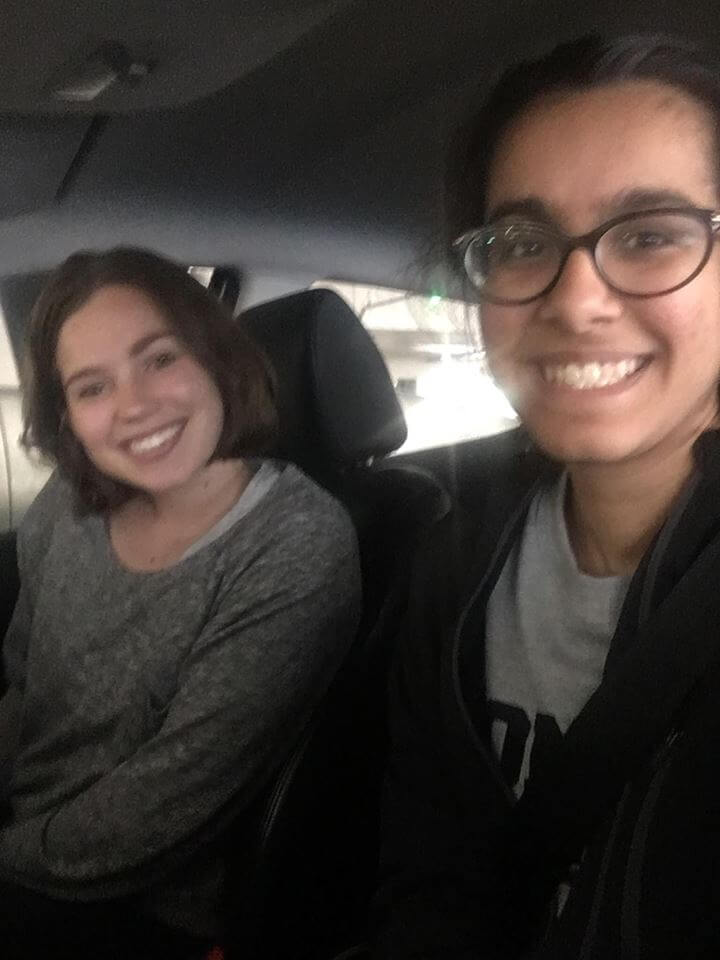 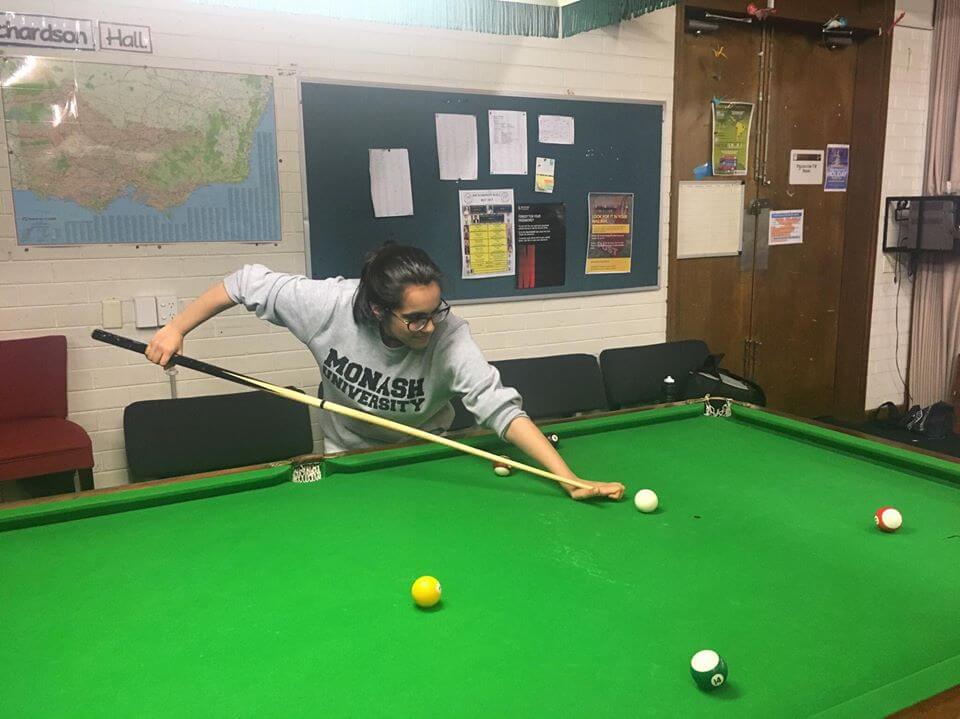 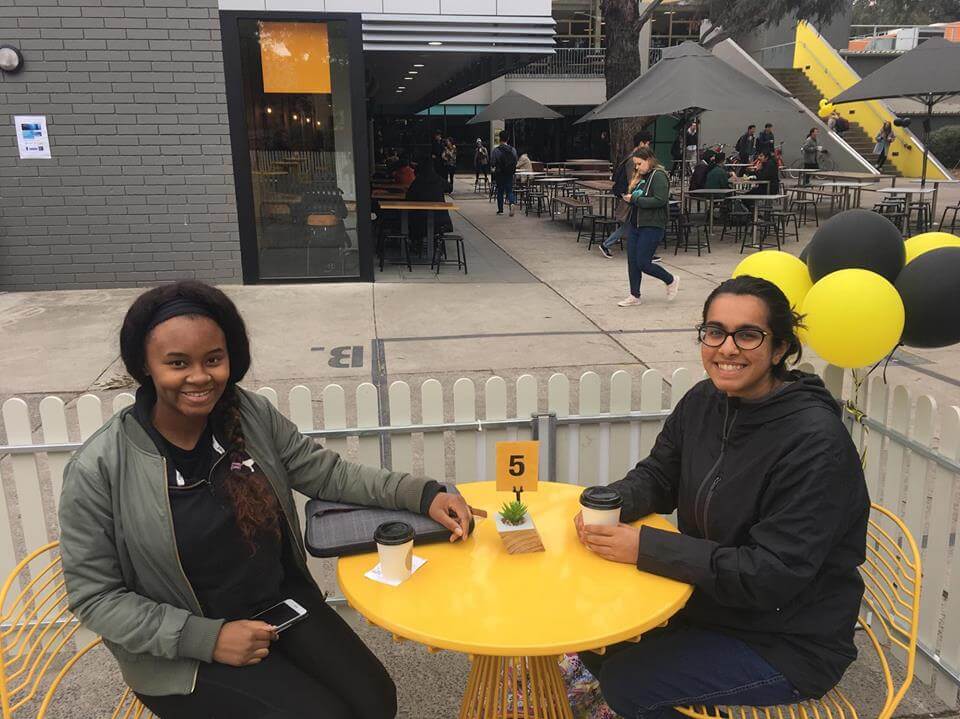 Fun chats at table 5 with Toni 😀