And then, there were dumplings – OurWarwick

And then, there were dumplings

This isn’t really going to be much of a “written” post – I think the pictures describe what happened better than I could!

I’ve mentioned before that we’re not a flat who goes out together. However, we do like cooking for each other and we’re a mostly international flat, so we’ve all ended up trying new food this term! I’ve been meaning to post this entry for a while, but better late than never, I guess.

I walked out of my room one Saturday, to find three of my flatmates (Wen Jing, Min and Kai Ye) rolling out dough to make dumplings. Min had made the dough on Friday night. Wen Jing was also making a pork and mushroom filling for the dumplings. 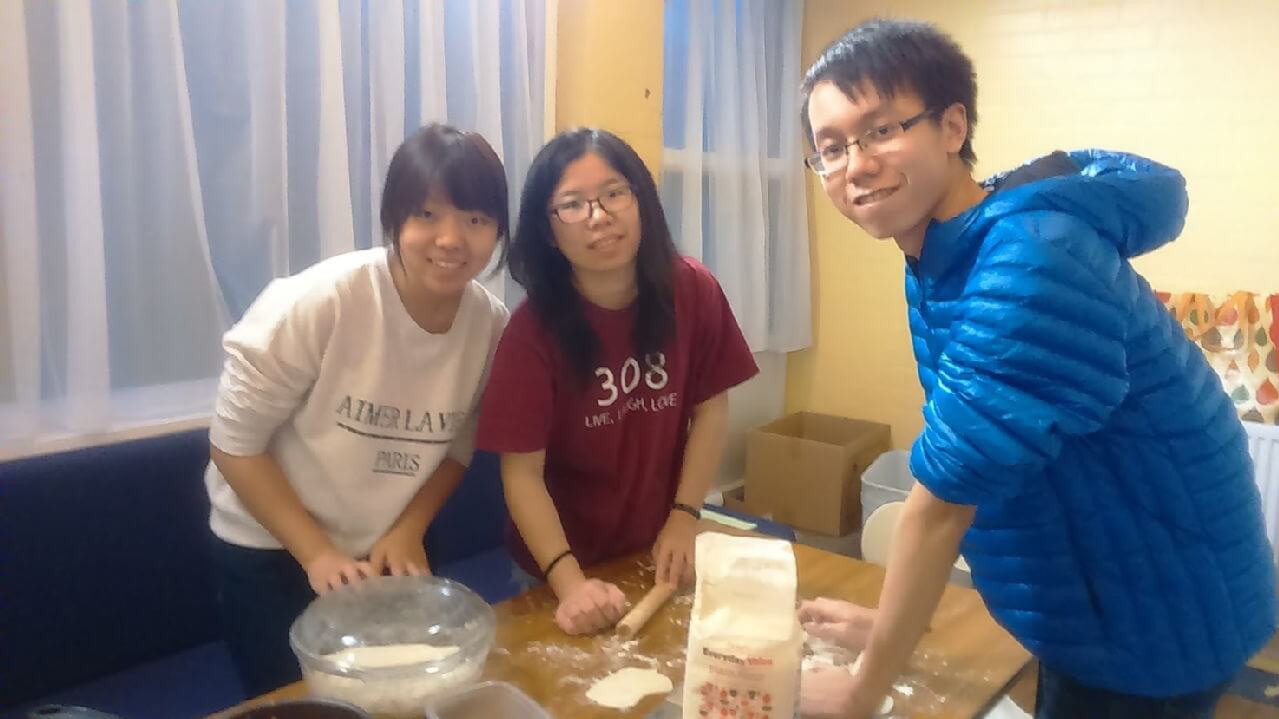 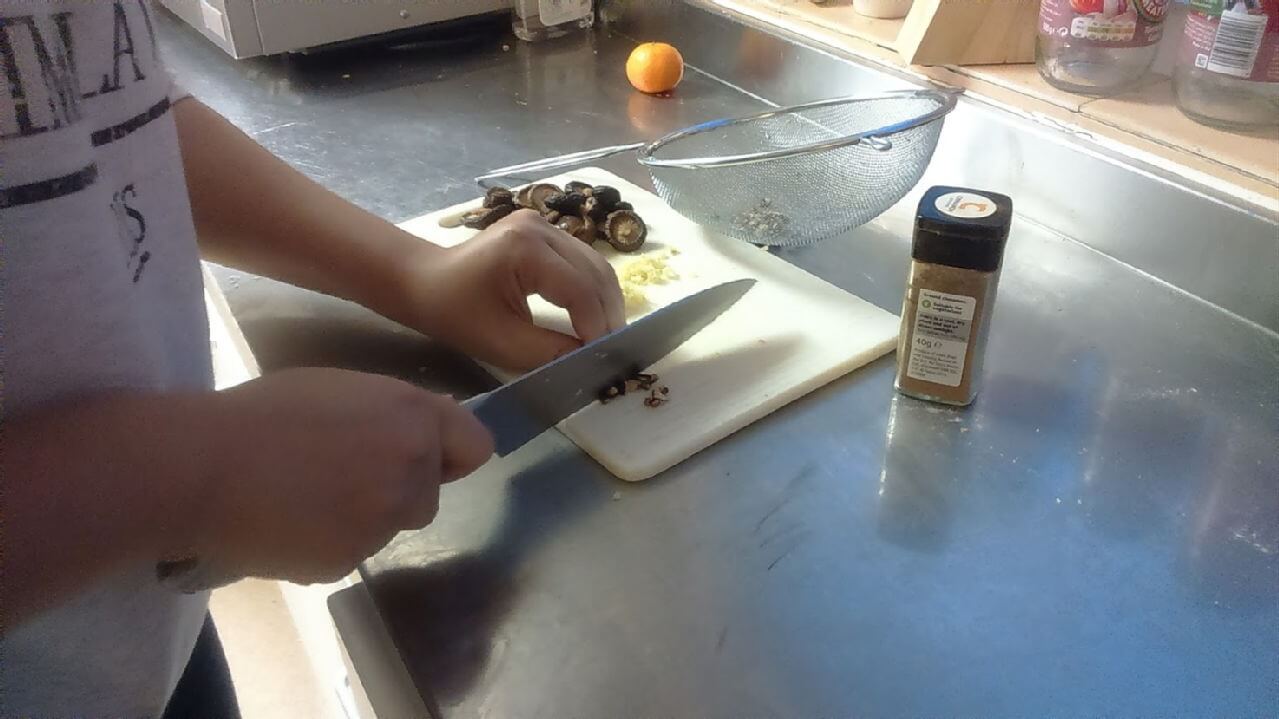 Here’s the first batch of dumplings, ready to go in the wok. 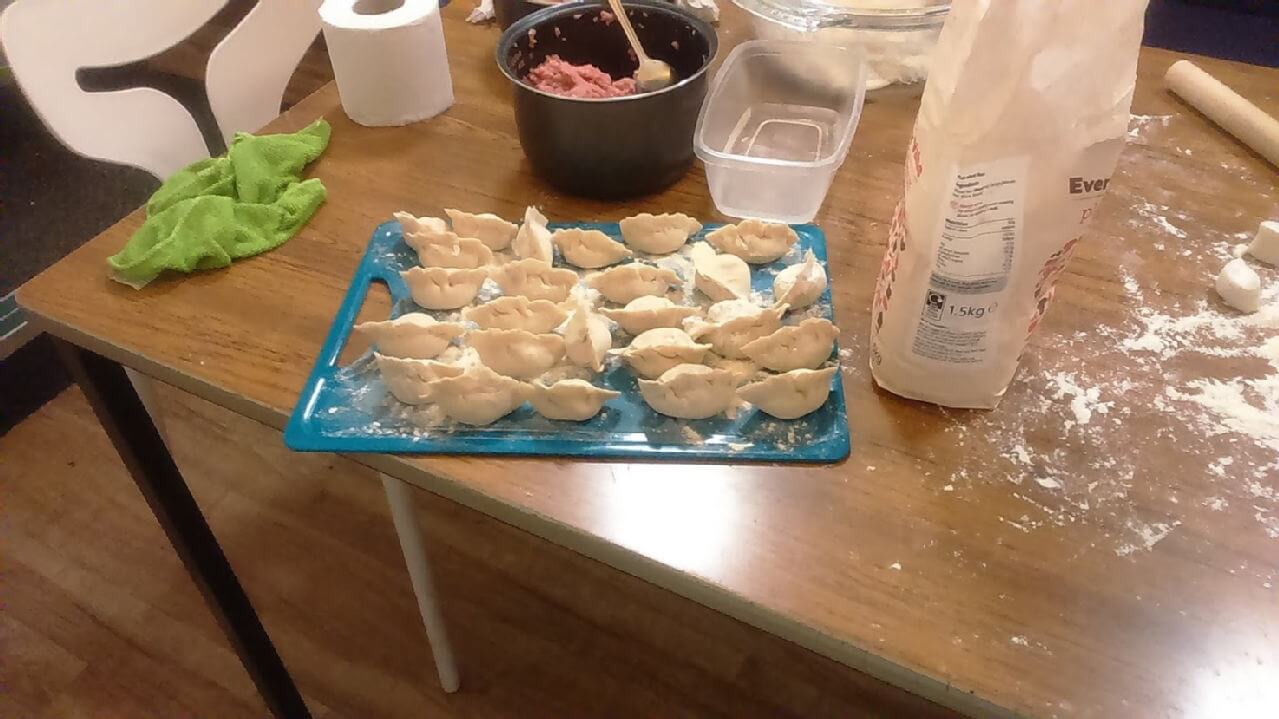 And here they are after boiling (plus another board full of ones waiting to be cooked!). 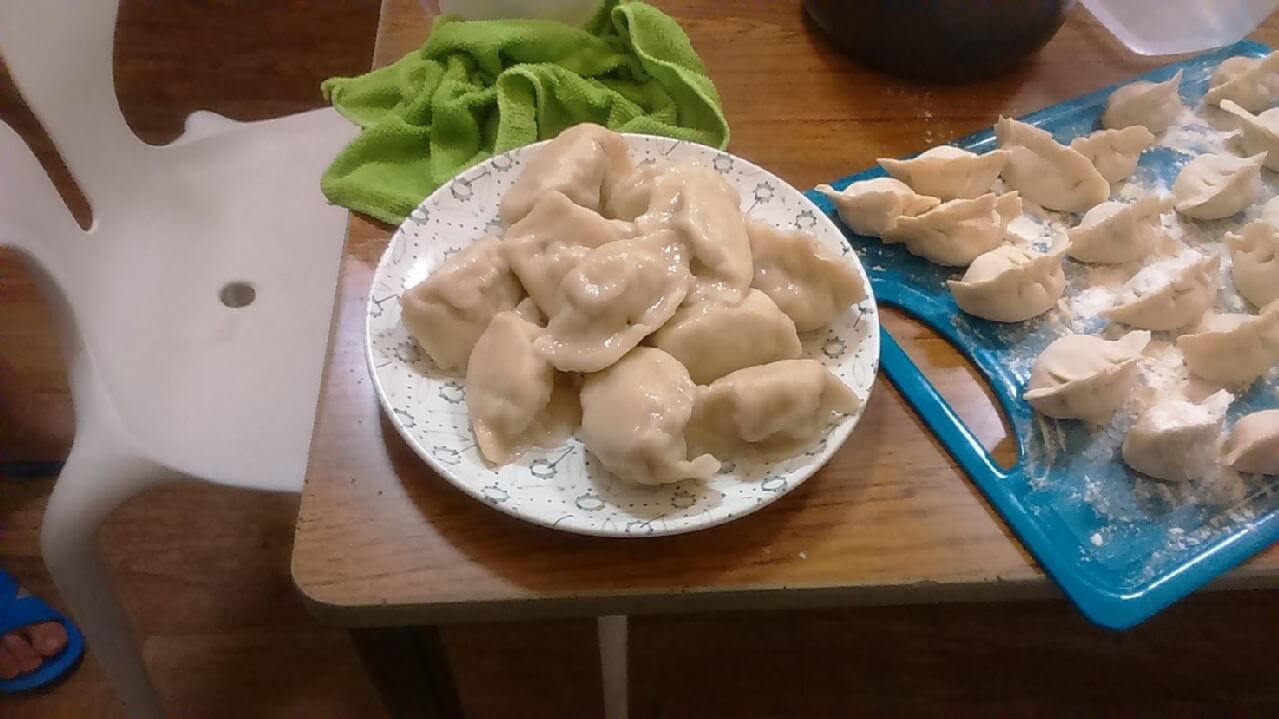 Even with such a big wok, it can be difficult to fit this many dumplings in! They managed it though. 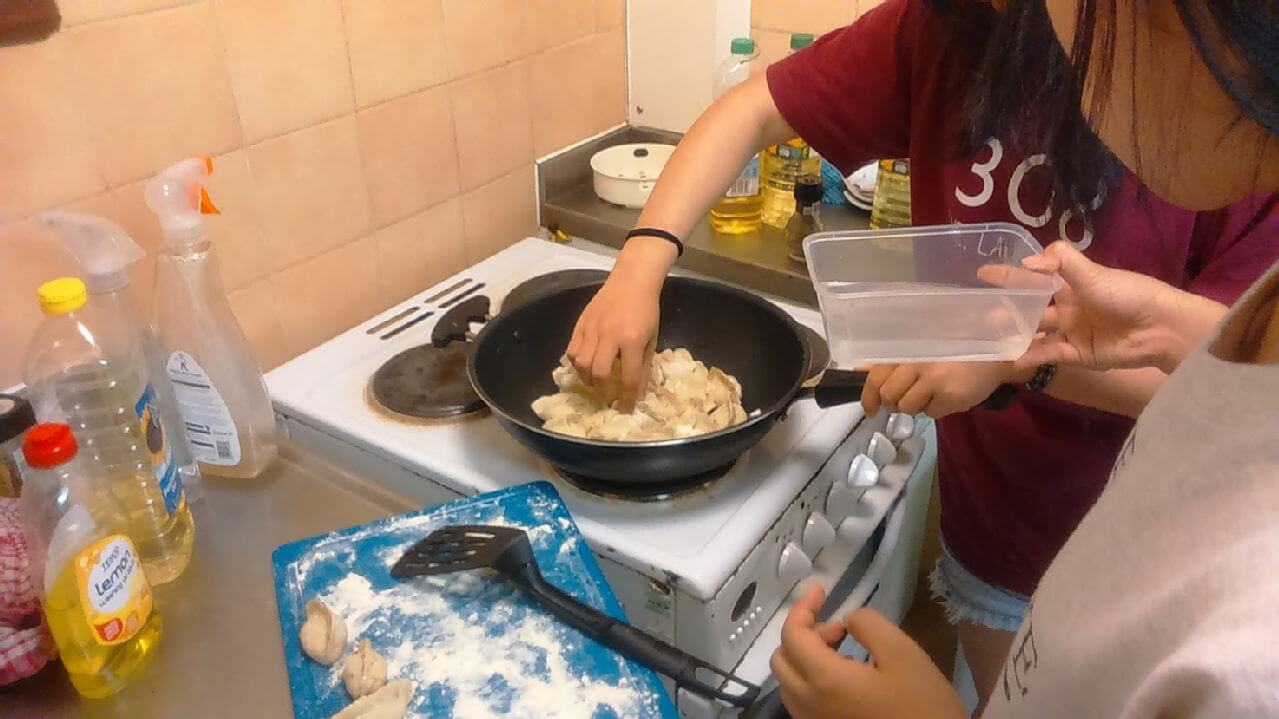 And here are some of those dumplings after cooking and with added vinegar. 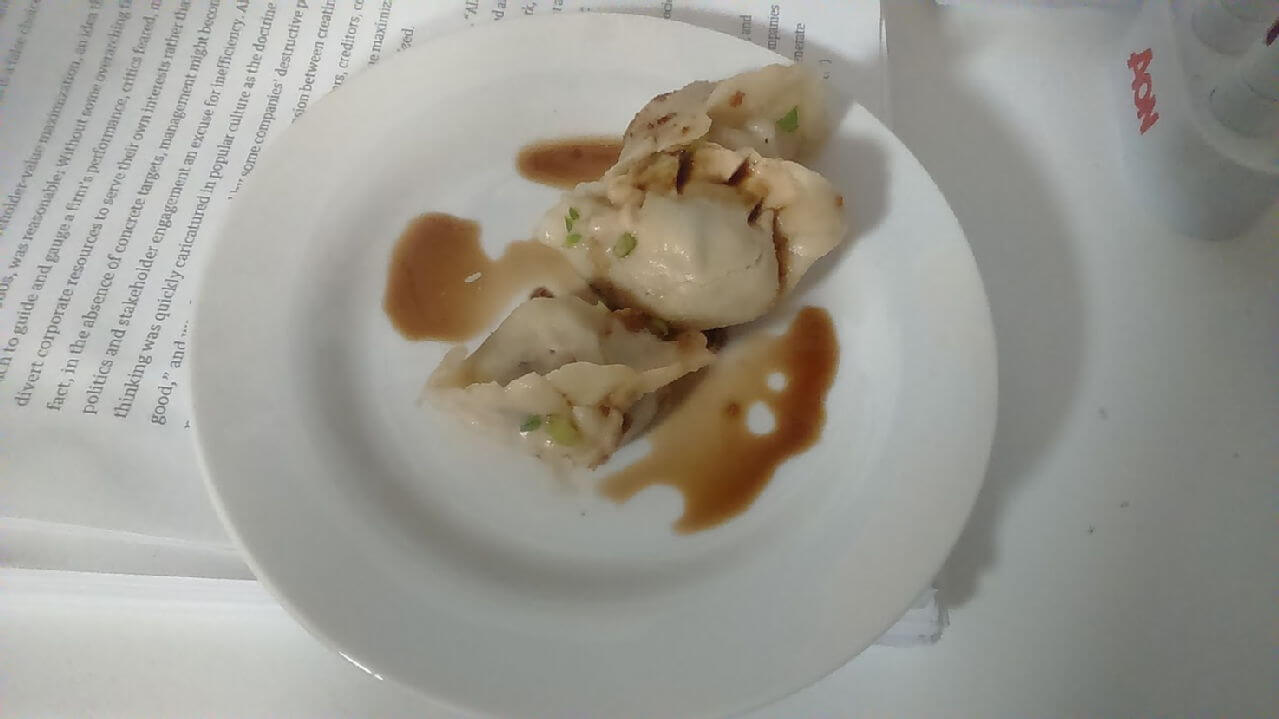 This was a meat pie, made from the same dough and filling. 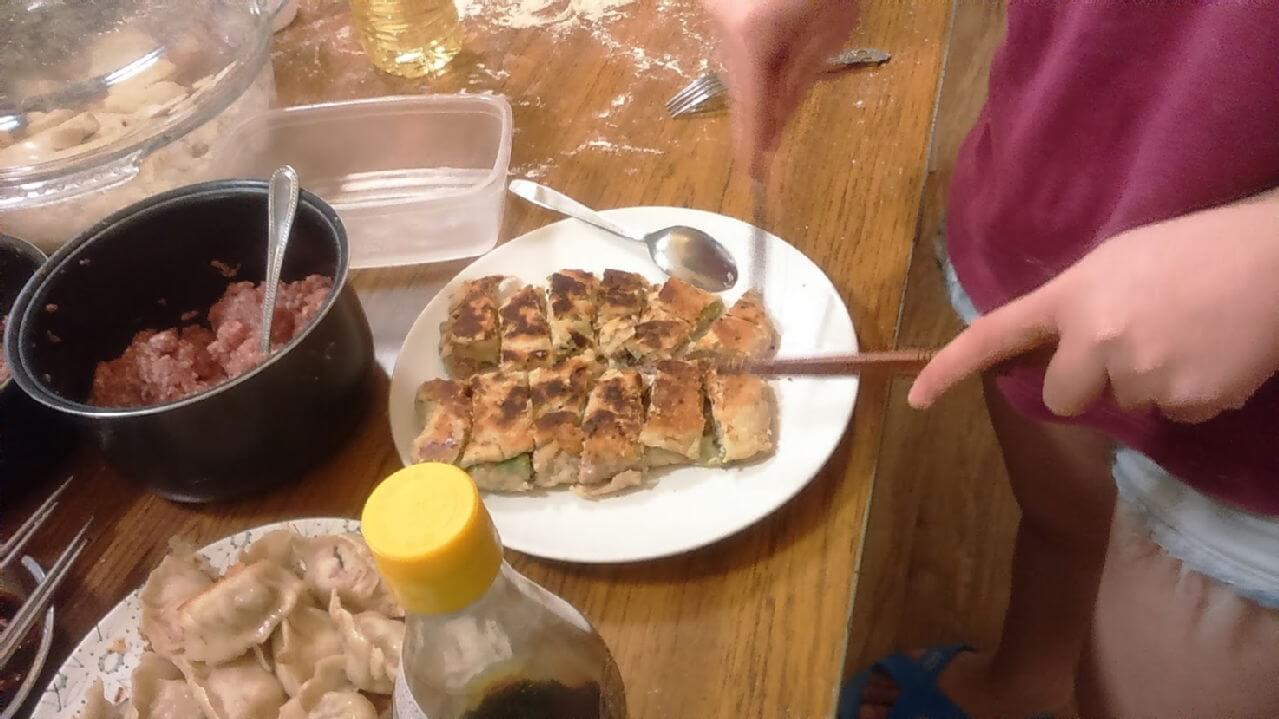 Some more of our feast, this time with sauces. I probably should have noticed that the orange one is peri peri before dipping a dumpling in it. 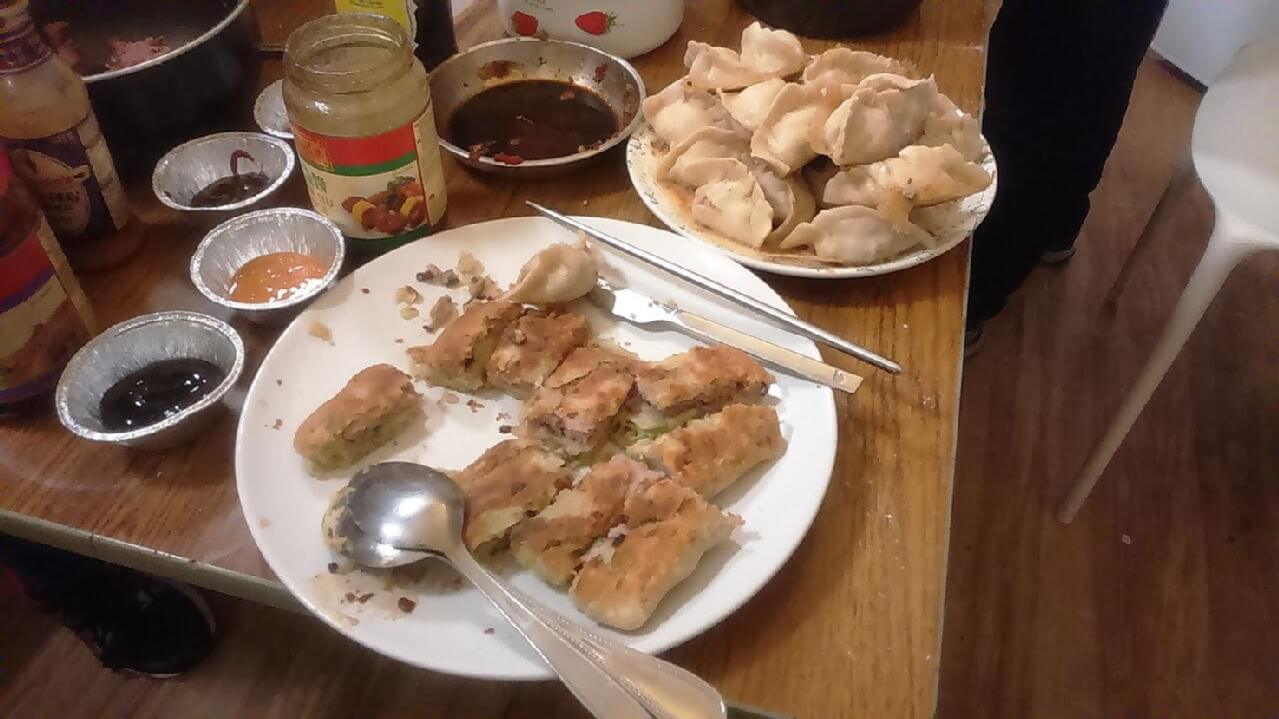 Kai Ye and Stepan still had more dough and filling to use up! 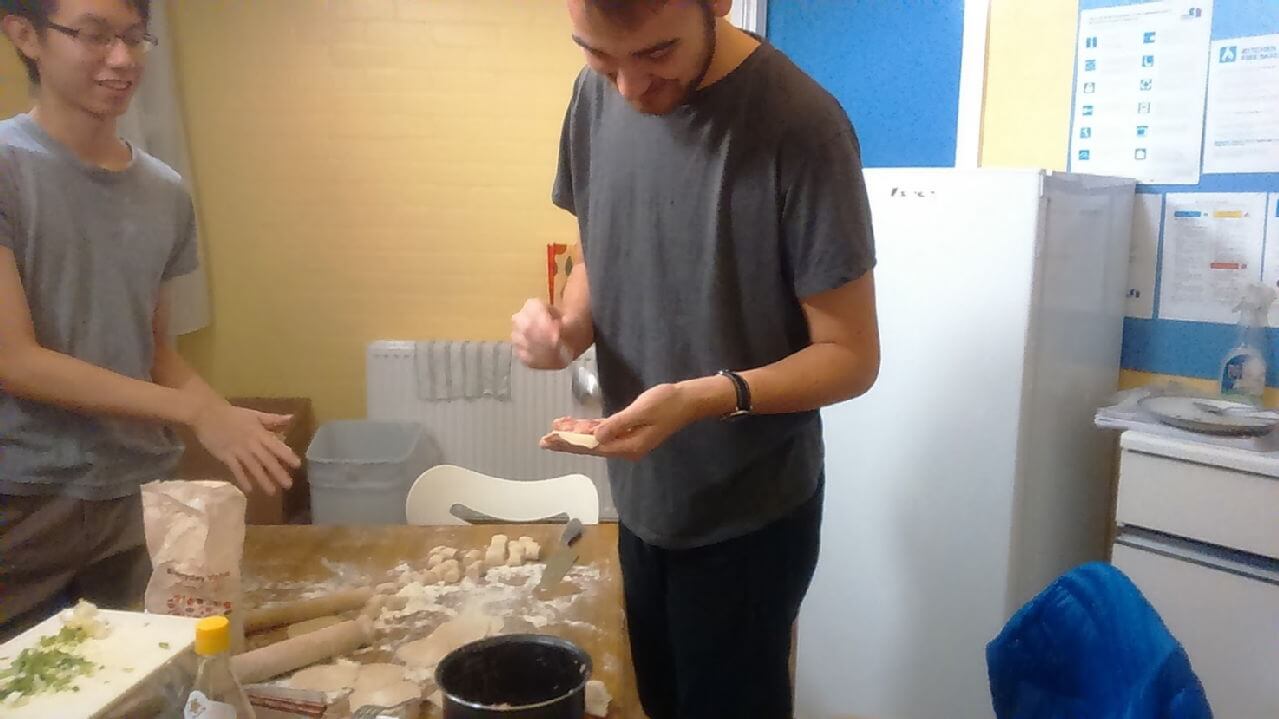 Our common room table was getting rather crowded by this point. 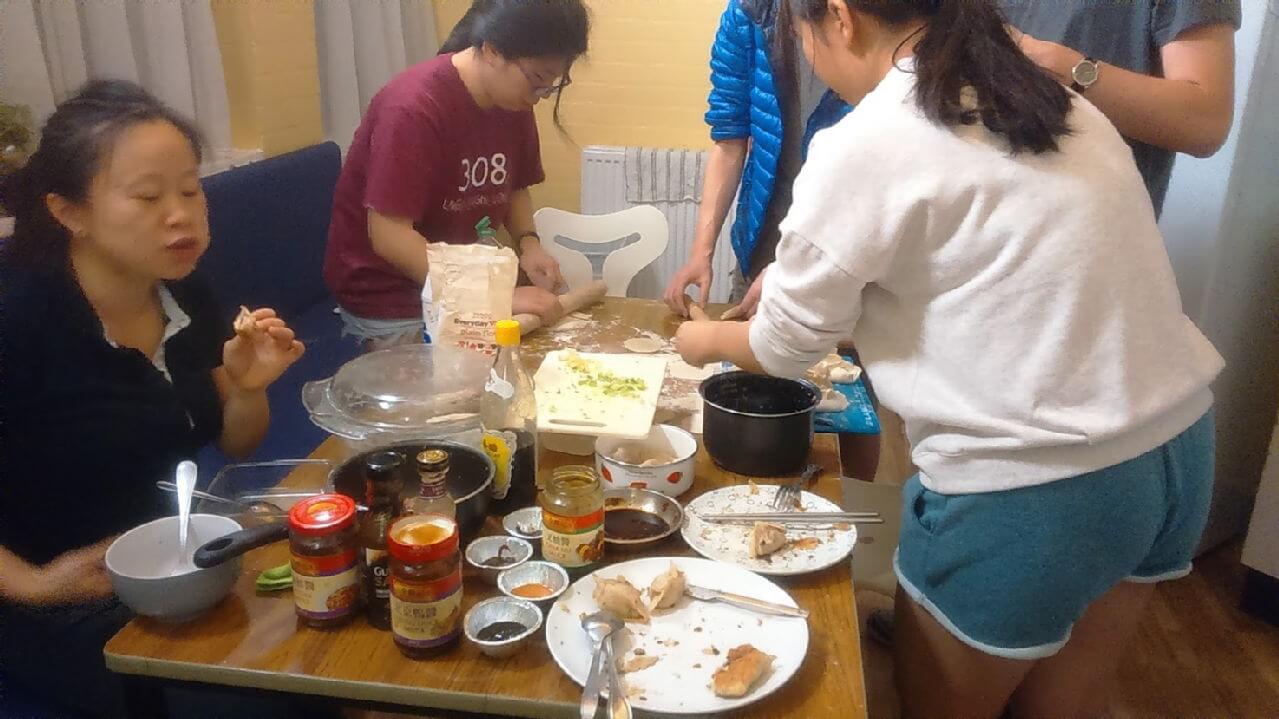