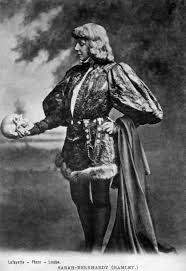 I wanted to write a little something about my experiences on the third-year module Acting in Character. I was so excited to enrol onto this module because it is one of the first of its kind as it is practically driven and equips students with vocational acting skills. Since being at Warwick, I have noticed an ongoing desire within the theatre student community for the department to facilitate an acting module. I know from personal experience that for so many prospective theatre undergraduates, the choice after completing A-levels can sometimes feel like it is between drama school and university. It is a really difficult choice, as both options cater to different skillsets, and both have its supposed specific benefits and drawbacks. Speaking to a lot of my friends on the course, I realised I was not the only one who was faced with this binary decision coming out of my A-levels. Of course, I can only speak from my own experience, but I am so grateful for my time here at Warwick and would not have changed anything about my application process if I had the opportunity to go through it all again.

What I would have loved to have known at the time of application, however, is that Warwick now offers such a hands-on practical module: which delves into methodologies surrounding creating and presenting characters to an audience. So for this main reason, I am writing to shed some light on how this module has reformed my acting technique and also reinvigorated my passion for performance. I think it is so important for me, as a current student, to emphasise that: theatre modules vary in form, some can be more practical, others more theoretical. Still, with the addition of this new module on the syllabus, students can work exclusively on their acting craft, learn about internationally recognised acting techniques, and gain confidence in interpreting dramatic texts. In my opinion, this module is a unique opportunity which blends the benefit of university teaching with the practicality of vocational training you find in drama schools.

So, in relation to what I got to study, we began with looking at more westernised performance practices, drawing upon Stanislavski. We were then set the task of choosing contemporary and classical monologues to perform as part of our assessment at the end of term. With these texts in mind, we investigated the text in exploring units, actions, objectives and the ‘given circumstances’ of our characters which helped add another dimensionality to our performances. For example: fine details about our characters were either mined from the text or imagined helping us to fully step into the character’s psyche. We often used forum theatre as a means of deepening our understanding of the character. In character you could asked questions like:

‘Who is the prime-minister/ president currently in your country?’

‘Tell me a funny story from your childhood.’

In addition to this, we would prepare improvisations of scenes that were mentioned in the play/film/tv programme from which our character exists within. This would push us as actors to develop a rich inner landscape of our character, filled with memories and biographies that we had carved out ourselves.

Half way through the term, we had a showcase of monologues, where everybody in the class performed. After receiving individualised feedback from module leaders we would go away and fine tune our performances in our free time, as in class sessions would often explore different modes of rehearsal such as: using animal studies, non-naturalism, and Kadogo Mojo’s Global crossings in the theatre. Specifically I loved the animal studies session as I found researching an animal that emulated an aspect of your character really opened up my artistic intuition. For instance I researched a hyena, and I found that after embodying the animal I transferred elements of power, cheekiness and arrogance to my monologue which really revitalised the speech.

In later weeks, we would also look at audition technique, namely, how to introduce yourself in an audition setting with confidence. As well as this, how to take notes from a director mid-audition, and not let it throw you off, but instead take it in your stride in showcasing how playful and flexible you are as a performer. This was something that was particularly useful for me, as often in auditions when I was given a note, I assume the director thought I had misinterpreted the role completely. In actual fact it is often an opportunity for you to show the director that you are adaptable and open-minded. This may be common knowledge, but for me was an invaluable lesson about auditioning that I will no doubt be drawing upon in the future.

I hope this blog gives you a flavour of what the module is like!

Please let me know if there is anything else of interest that you would like me to cover.