A Year of Shows… Part 3 – OurWarwick 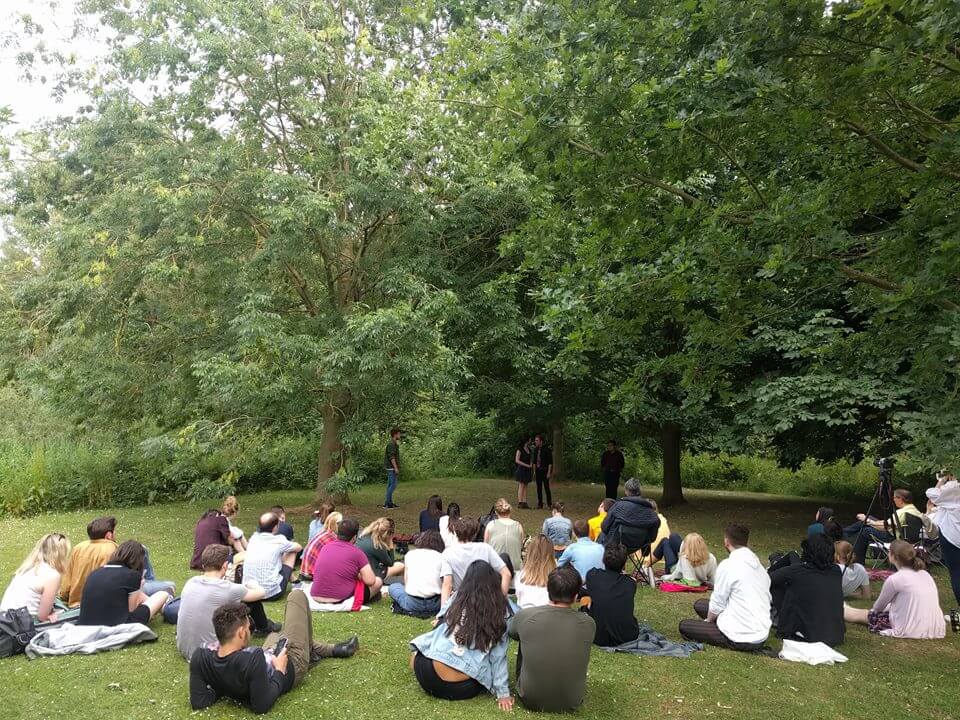 Hello everyone! It has been a few (hectic) weeks since I was able to post. I’m now all moved into my 2nd year house ahead of Welcome Week and things are already non-stop, but I am determined to complete the short trilogy of posts documenting my experiences getting involved with productions last year. If you’re a new Fresher or prospective student, I hope this inspires you to keep busy with societies and audition for as much as you can!

Having had a crazy busy term 2, I entered my final term of last year planning not to take too much on, what with assessments closing in thick and fast. However, when it came to it, I really couldn’t resist auditioning for some of the fabulous shows on offer…

My first proper foray into the world of opera! This was a good bit of summery fun, as I joined the ladies chorus of this Gilbert & Sullivan classic, encouraged by my singing teacher. The Opera society at Warwick is one of the friendliest and most welcoming I have encountered; as a newcomer at the end of the academic year I felt really included and made lots of new friends whilst rehearsing.

This was my first (and last!) time performing in the ‘Goose Nest’. Whilst the Arts Centre theatre was refurbished last year this served as a temporary venue. All the performance societies embraced this as an opportunity to transform the space and make full use of its versatility. The set was cleverly designed and constructed to resemble a ship, with a platform running along the top and rigging along the back – a simple yet hugely effective touch.

This show was pure and simple good fun – catchy sea-shanty esque tunes, lots of over-the-top melodrama and comedic moments. Everything was quite tongue-in-cheek; and as the show was scheduled right at the end of exam season, it was the perfect way for people to come in, relax and enjoy themselves! I may have been full of a cold during the actual shows but it didn’t stop me getting onstage and having fun.

I must have been saving the best till last, because this was by far my favourite experience of 1st year; no exaggeration to say it was fantastic in every way & I will honestly never forget it (deservedly so, this merits a much longer piece!) Every year, Warwick University Drama Society (WUDS) programmes an outdoor production of a Shakespeare play- this slot is known as ‘WUDS In The Woods.’ This time round, 2 plays were chosen for a change (Much Ado About Nothing  and Measure for Measure – this one was a collaboration with ShakeSoc) & I was over the moon to be cast in my dream role of Isabella in ‘Measure.’

This was a challenging piece, not least because of the themes it dealt with – delving at times very forthrightly into explorations of consent, hypocrisy, power & gender and faith, and my character was at the heart of these topics. In light of the Me Too movement, this play seemed scarily relevant for modern times, and we hoped to raise important questions through our portrayal of the moral conflicts in the drama.

The rehearsal process was a joy; I think mainly because the cast were so lovely; we all worked really well together and had so much fun, which is one of the most important things when you’re putting a show together, especially in such a short time! Early on, it was decided that some of the scenes were rather long and coming across as quite static and unmoving, so to help everyone relax and loosen up we embarked on an intense physical movement class, led by one of our fellow cast members. This also helped us to get to know each other better and form trust ahead of some emotionally draining rehearsals to come.

Taking on a leading role was simultaneously thrilling and rather terrifying; quite apart from the sheer volume of lines I had to learn, over the 4-5 week rehearsal process I went on such a journey exploring my character. Thanks to some seriously excellent work from Zoe, our director, I ended up changing the way I saw Isabella completely, and gradually grew into the part. It was a privilege to be able to convey the struggles and triumphs of such a brave, quietly resolute and fierce young woman & this experience has without a doubt shaped me as an actress for the future. At times I was unsure I could actually do it, but in the end did & I learned so so much along the way!

We’re fortunate to have lots of green spaces on campus so there are plenty of areas to choose as a stage and this time we used a clearing underneath some trees, by the side of Bluebell Lake – incredibly scenic and perfect for the audience to sit with their drinks and picnics whilst watching! I had never been in an outdoors production so this was quite literally new territory for me, and fortunately the weather was on our side.

There’s so much more I could write about this show, but I’d be going on for far too long, so it’s enough to say that the shows really couldn’t have gone better and it was the loveliest way to close out my first year at Warwick. Plus, the following week we received a great review from the university newspaper, which was a delightful bonus. It’s always a happy moment for a cast to hear that all their hard work has paid off… Here’s the link if you’d like to find out an audience perspective on our show: https://theboar.org/2018/06/measure-for-measure-review/

What a fabulous year I had! I hope that through my last few posts, you have enjoyed reading a more in-depth account of all the varied productions I had the pleasure to be a part of throughout my 1st year at Warwick, and that this has given you a great insight into all the possibilities on offer here if you enjoy performing! Let me know if you have any questions at all…