A weekend of sunsets, sandcastles and snoring – OurWarwick

A weekend of sunsets, sandcastles and snoring

So despite being stuck in Santiago this weekend once again due to fast approaching essay deadlines and final exams (only two more weeks of university left- how crazy is that) we did at least manage to get away last weekend. Yes, despite it being a weekend full of disasters from the very moment we left, it was lovely to swap the humid smog of the city, in favour of some fresh pacific sea air.

La Serena (once we eventually got there)

So I had better start from the beginning…we arrive at the bus terminal at approximately 12:30, well within time for our night bus to the coastal region of La Serena at 12:45. Chuffed with ourselves for getting somewhere early for once, we search the terminal for a cash point and queue for a while. Returning to our bus bang on time, we were surprised to see the last few people getting on and the doors closing in our face. At this point I should highlight the fact that time is definitely not of the essence in Chile, with almost nothing running or arriving on time. Nevertheless, we show the chauffeur our tickets only for him to shove them back to us, mumbling something about this not being our bus. Despite a few minute of trying in exasperation to reason with him, we finally had to accept that he was not going to let us on and watch our bus drive away into the night as we stood there still clutching our bags and tickets. Cut a very long story short, it was our bus after all. After the company reluctantly accepted responsibility and refunded the majority of our tickets, we were told despite there being no more busses that night to La Serena, there might be some at Estación Central. With the metro closed, perhaps this was the point where we should have accepted defeat and returned home. Nevertheless, the three of us, undeterred make the unnerving walk at 1am to the next bus terminal, only to be told that all the busses leaving that night were full; our only option being to return the following morning.

So back home to bed we go for a few hours of sleep before back to the bus terminal we trudge the next morning. Let’s just say this was just the first disaster of many we encountered over the following few days.

Once on the bus, of course I get sat next to a Chilean woman whose snoring which I had to endure for the next 6 hours, I can only compare to the sound of a strangled vacuum cleaner. Nevertheless, we arrive in La Serena at around 4:30pm.

Caught it just in time! Having spent the remainder of the day exploring the town and locating our hostel, at least we were greeted with this as we finally made it to the sea.

After approximately 4 hours sleep due to yet MORE horrific Chilean snoring coming from a woman sharing our four bed hostel dorm, we set off for Punta de Choros where we would take our boat tour of the islands of Chañaral, Damas and Choros; islands which form a special natural complex known as the Humboldt Penguin National Reserve, offering stunning beaches of white sand and turquoise waters, and where we were hoping to see colonies of Humboldt penguins, bottle-nosed dolphins and sea lions. However, an hour into our journey, our tour guide gets a call informing him that access to the islands has been closed due to bad weather conditions. So around we turn.

Luckily we were able to switch our itinerary around and instead head off on a tour of El valle de Elqui, birthplace of the Nobel-Prize winning Chilean poet, Gabriela Mistral. Venturing further and further into the valley, we were greeted with an abundance of stunning landscapes, vineyards and the towns of Vicuña, Pisco Elqui (which naturally involed a stop for a little Pisco tasting) and Monte Grande. We certainly made the most out of what was seemingly going to be a disaster of a day.

The following day, still unable to go on the tour of Isla de Damas, we took the opportunity to do a bit more exploring of this quaint town whose Spanish influence was certainly noticeable in the stunning architecture lining its streets. Oh and of course, we did something which I think has become somewhat of an alien concept to us since coming out to Chile…yes we took a chance to just ‘relax’ and soak up the Chilean sun on the beach.

This of course involved building sandcastles for some…

And finally, for our third night in a row, enjoyed a delicious dinner on the beach, looking out to this… 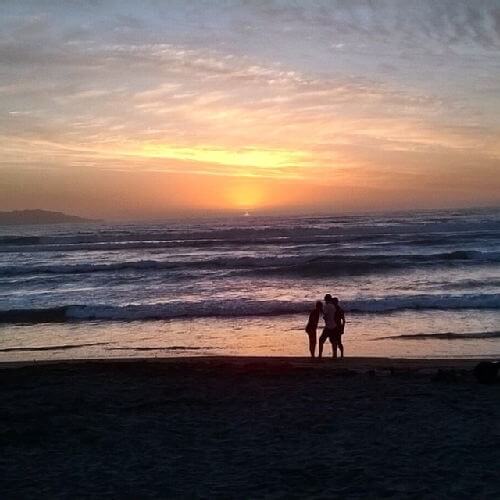 …And the aftermath #nofilter

Having decided to take a taxi to the bus terminal that night so as to ‘definitely make it there on time and in one piece’, at 12:30pm having waited half an hour outside our hostel, we accepted the fact that naturally the taxi wasn’t going to show. So what happens? The hostel guy (who is completely stoned might I add) after not being able to get through to any taxi companies, calls his friend to get out of bed and drive us to the bus. Well, the journey was certainly an experience. Squished into a car that I don’t even know how to begin to describe, whilst taking on the role of therapists to this guy distraught over the fact that apparently all his animals were dying, we got there with 5 minutes to spare.

After loading our bags onto the bus, we then proceeded to look for our seats. Unable to find them, we ask the chauffer to help us and show him our tickets…and what does he say?

-Ahh no, this isn’t your bus…it already left-

Cut another long story short, after getting out bags off the bus, it turned out that, he was mistaken and our bus hadn’t even arrived yet as it was running late…we did NOT need that.

Eventually, we surprisingly managed to make it back home, arriving at 7am Monday morning. Despite not managing to make it to my very first lesson, we all made it to university, vowing that next time, if we miss our bus, we just won’t go! 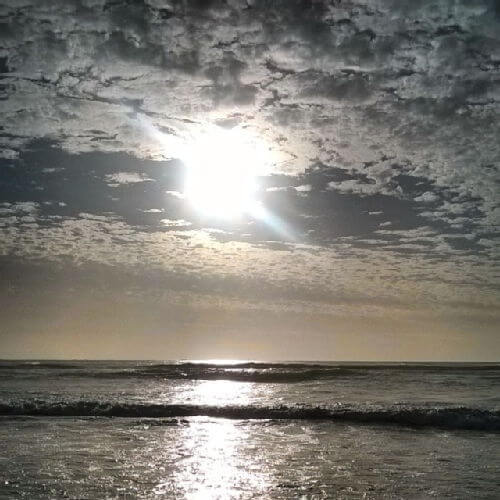