A weekend in Buenos Aires – OurWarwick

A weekend in Buenos Aires

Yes, as the title suggests, last weekend I made a rather spontaneous trip to Argentina. Having booked my flight just the week before, last Thursday I made my way across the Andes to be reunited with one of my best friends who is currently staying with her family for a month whilst undertaking research at the archives and National Library of Buenos Aires for her dissertation.

From St. George’s to South America

Staying with her Aunt and Uncle whilst I was there, it is fair to say that for the first time in a month and a half, the luxuries and home comforts I was showered with including a truly amazing home cooked meal upon arrival and most importantly, heating, were gladly welcomed.

What a welcome from my temporary ‘familia substituta’

On the subject of food, I think now looking back it was probably best that I came to Chile for the semester rather than Argentina as let’s just say if I had, I would definitely be struggling to fit into my jeans when I came home. Yes, the food is amazing, especially the meat of course. In fact, after a traditional and very generous portion of ‘Milanese a la Napolitana’ for dinner on day two, and a feast of Argentinian Facturas (pastries) including their infamous medialunas (Argentinian croissants) for breakfast, on the last night of my stay, we were invited to a friend’s ‘Asado’ which the Argentinians certainly know how to do in style…

The ‘Picada’ (to pick), yes this was just the starter! 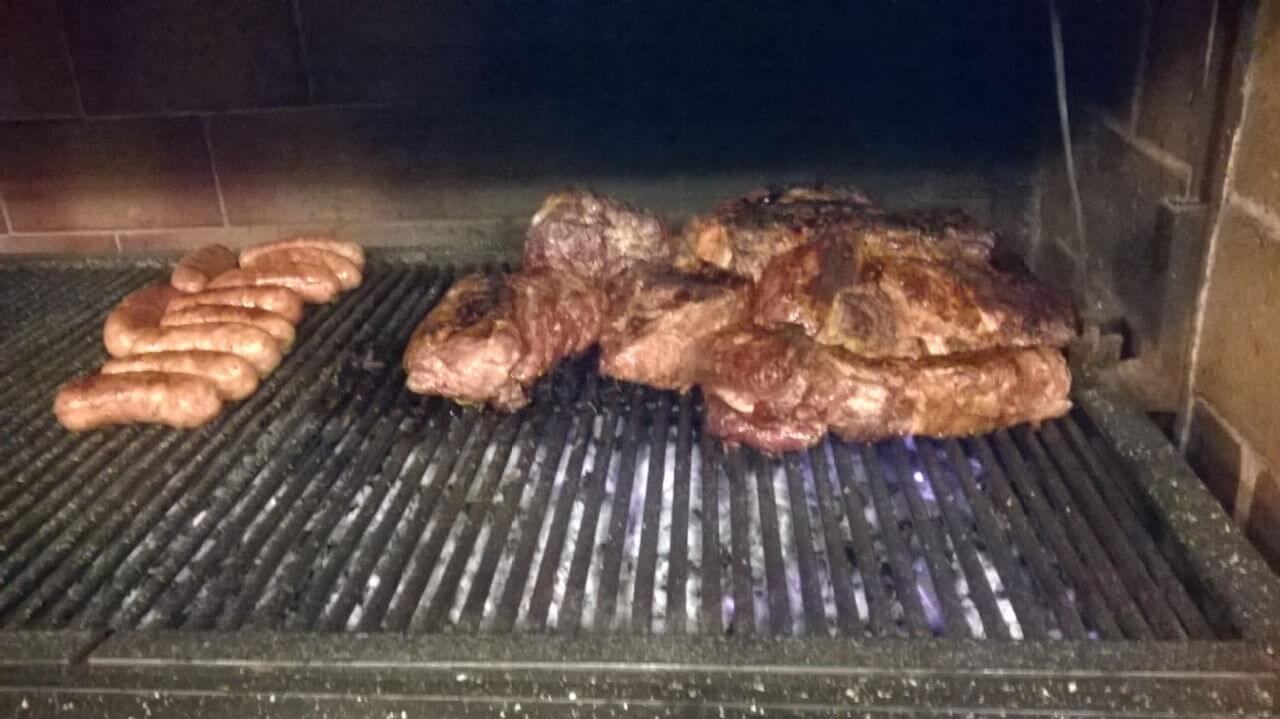 When it came to dessert, I opted for the Argentinian Flan, which served cold with dulce de leche (of course) was a type of crème caramel. However, as I discovered on my first night, Argentinian ice cream is also something to rave about. Being half Italian, I think it is fair to say that when it comes to gelato, my standards are pretty high. However, on this occasion I have to admit the ice cream over there is something else, yes in fact, it is probably some of the best ice cream I have ever tasted. There, I said it.

Amongst all this eating, I did in fact get to see quite a lot of Buenos Aires in the two full days of sightseeing, despite the downfall on the first day which actually gave way to the most beautiful blue skies and sunshine the following day… 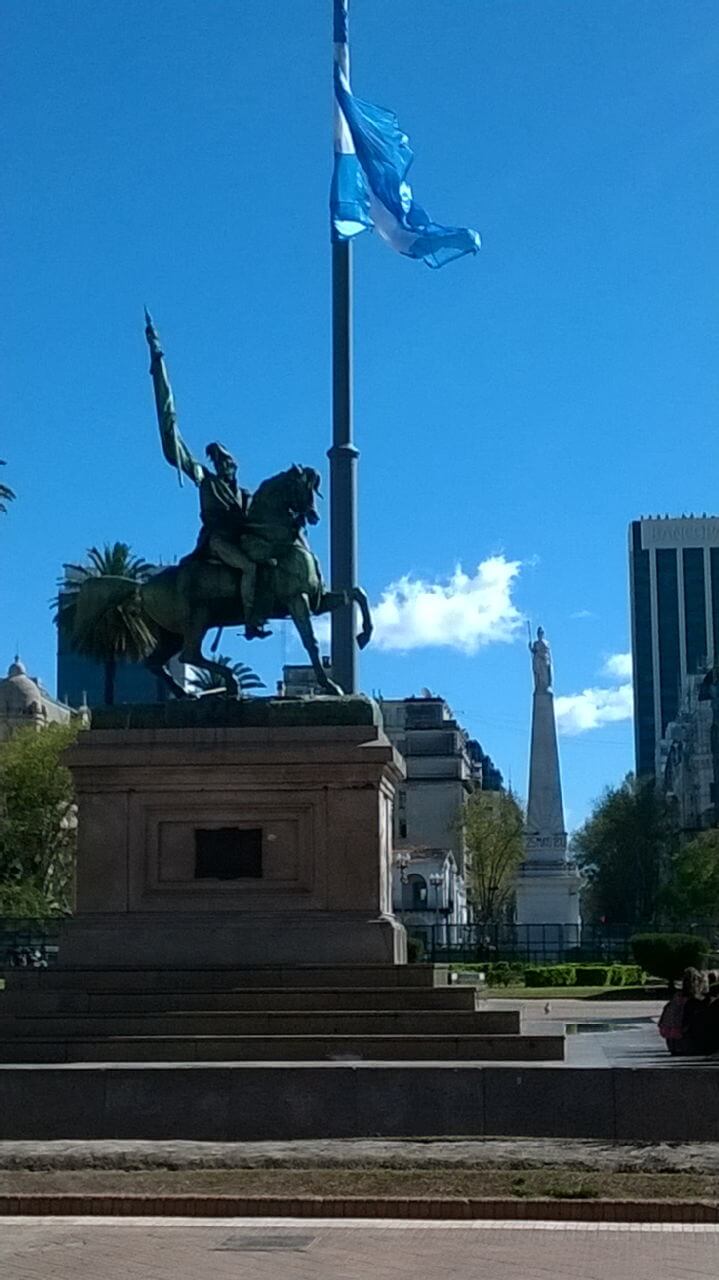 The Museo de Bellas Artes, Buenos Aires Metropolitan Cathedral, el Cabildo de Buenos Aires along with The Café Tortoni were also amongst some of the other famous landmarks visited. 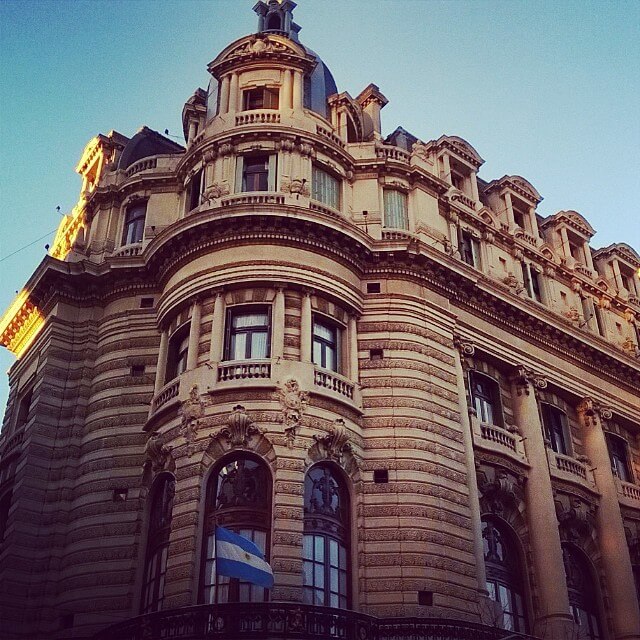 With such beautiful architecture scattered around the city, and the very European vibe I began to sense whilst walking around (it really made a nice change to no longer been the only blonde in the city) it soon became clear why this city has been described at the ‘Paris of Latin America.’

Upon making a much needed stop for lunch, I was also introduced to the most simplistic yet pure deliciousness that is Argentinian Tostadas… 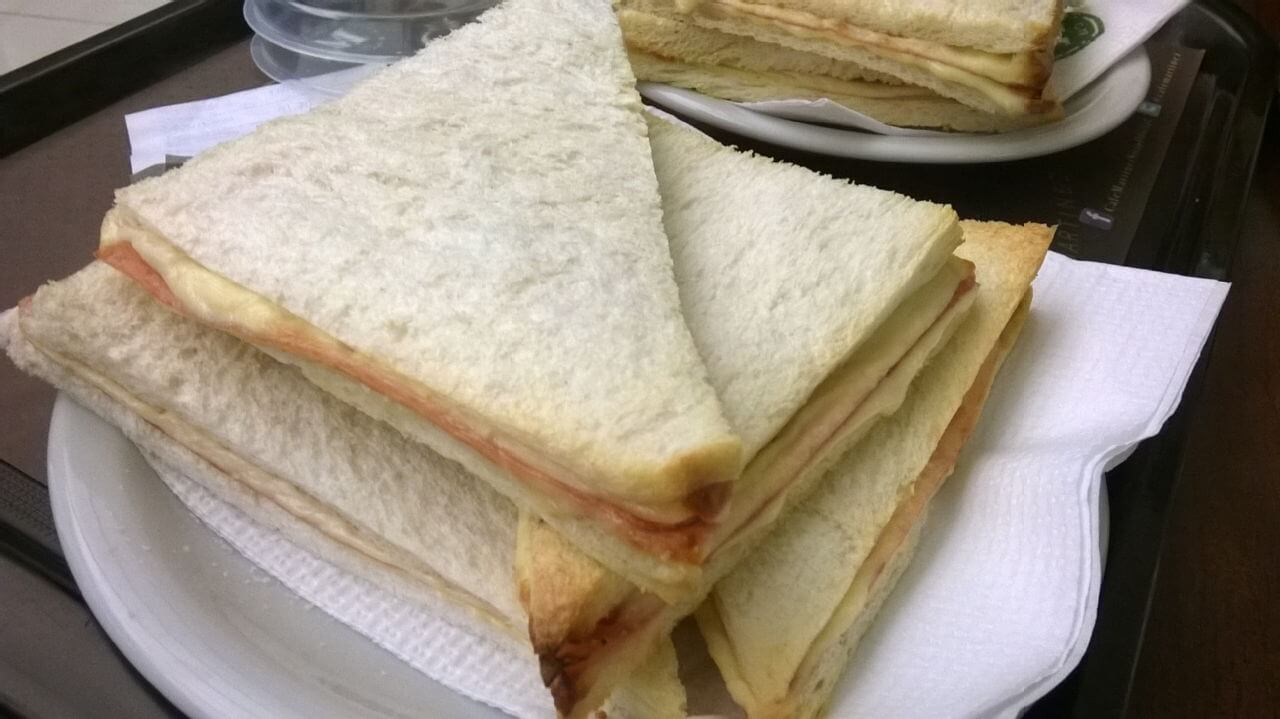 …as well as ‘alfajores’ and ‘havanettes’, traditional confections courtesy of Havanna which are considered amongst the best in Argentina and which I am already craving now. 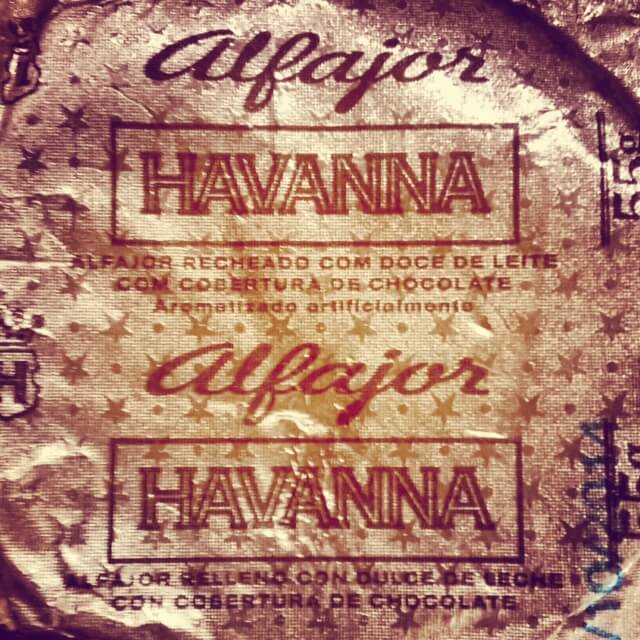 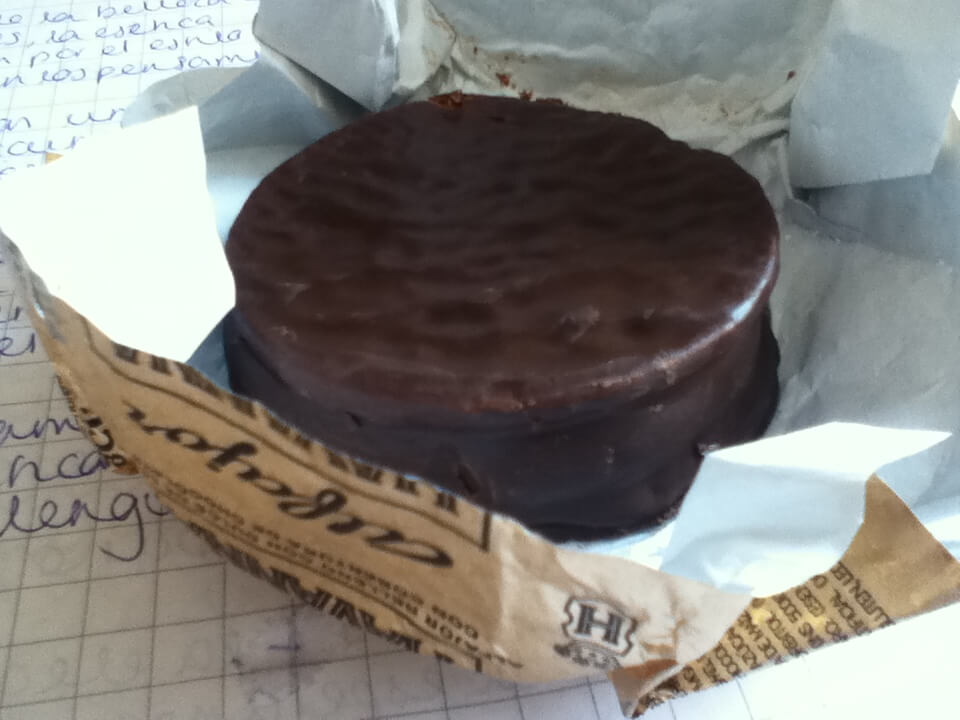 I’m not sure how I managed to get back onto the subject of food! But yes of course back to sightseeing… 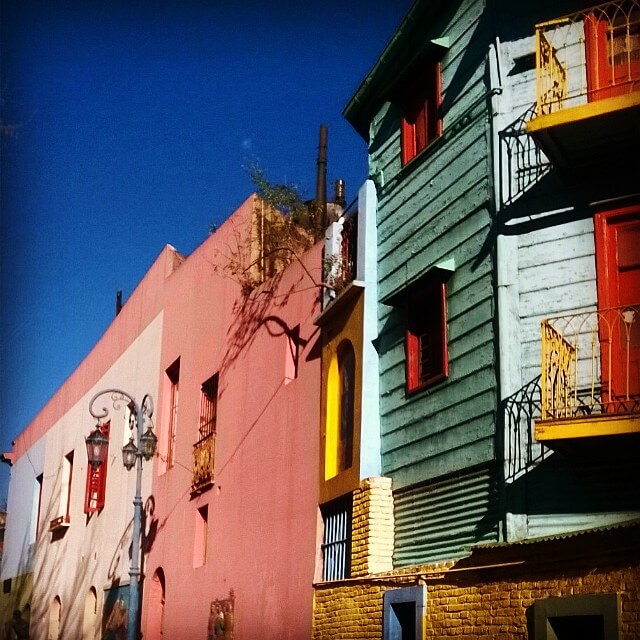 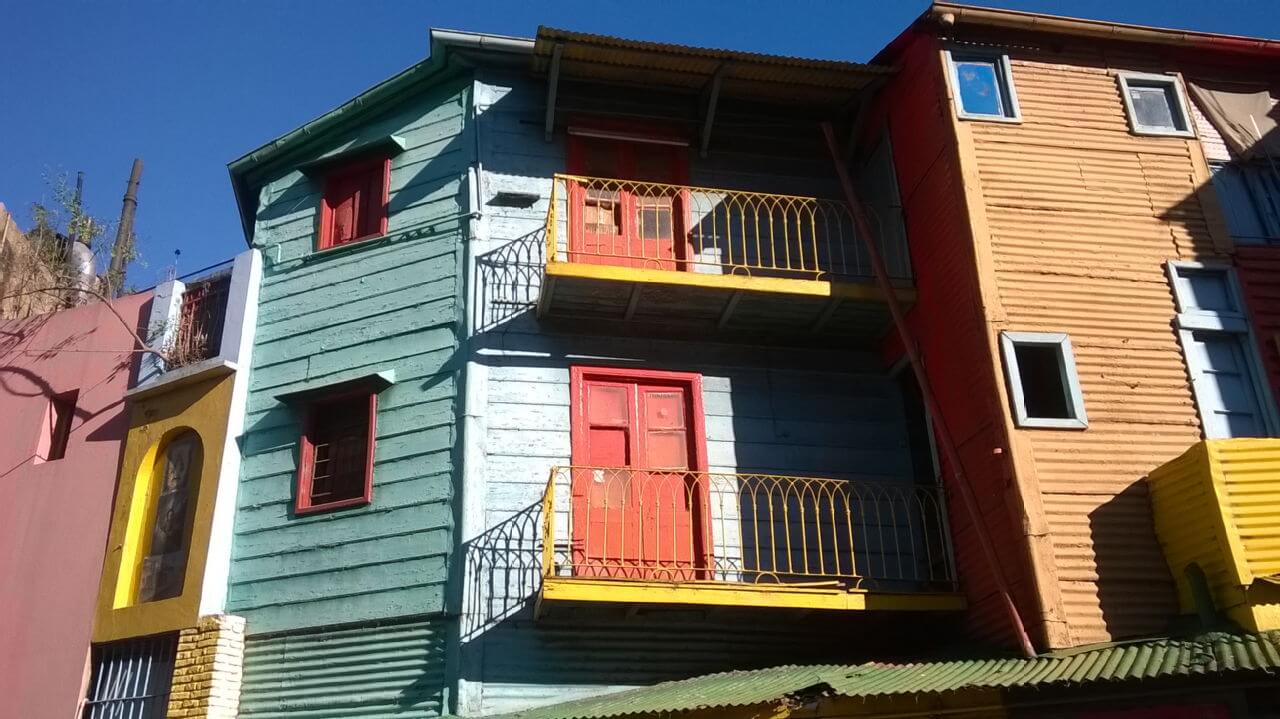 The barrio of La Boca was one of my favourite parts of the city. With many of its early settlers being from the Italian city of Genoa, the brightly coloured houses and pedestrian street, the Caminito, are reminiscent of the Genoese neighborhood of Boccadasse. I was even able to witness a bit of authentic Argentine Tango as we walked through the small streets and Italian style taverns.

Phewf, I didn’t realise how much I actually managed to pack into the few days I was there. I even managed to just about get my head around their accent (‘ll’ is pronounced ‘ch’), their use of ‘vos’ rather than ‘tu’, as well as some of their lingo…

Words: Che! Listo listooo listo liistoooo…Ojo, ojo, ojito… Boludo (can both be an insult like calling someone an idiot and I think a term of endearment used among friends), chabón (guy), mina (woman, originated as an offensive term but now apparently ok?) Oh and they also seem to always use the word ‘pedo’ (fart) eg. ‘Estar en pedo’ to be drunk, ‘estar al pedo’ to be doing nothing, ‘ni en pedo’ no way! #gringoinbuenosaires

I mean as if I had enough to deal with keeping up with Chilean (the longer I am here, the more it is becoming apparent that it is almost like an entirely different language) 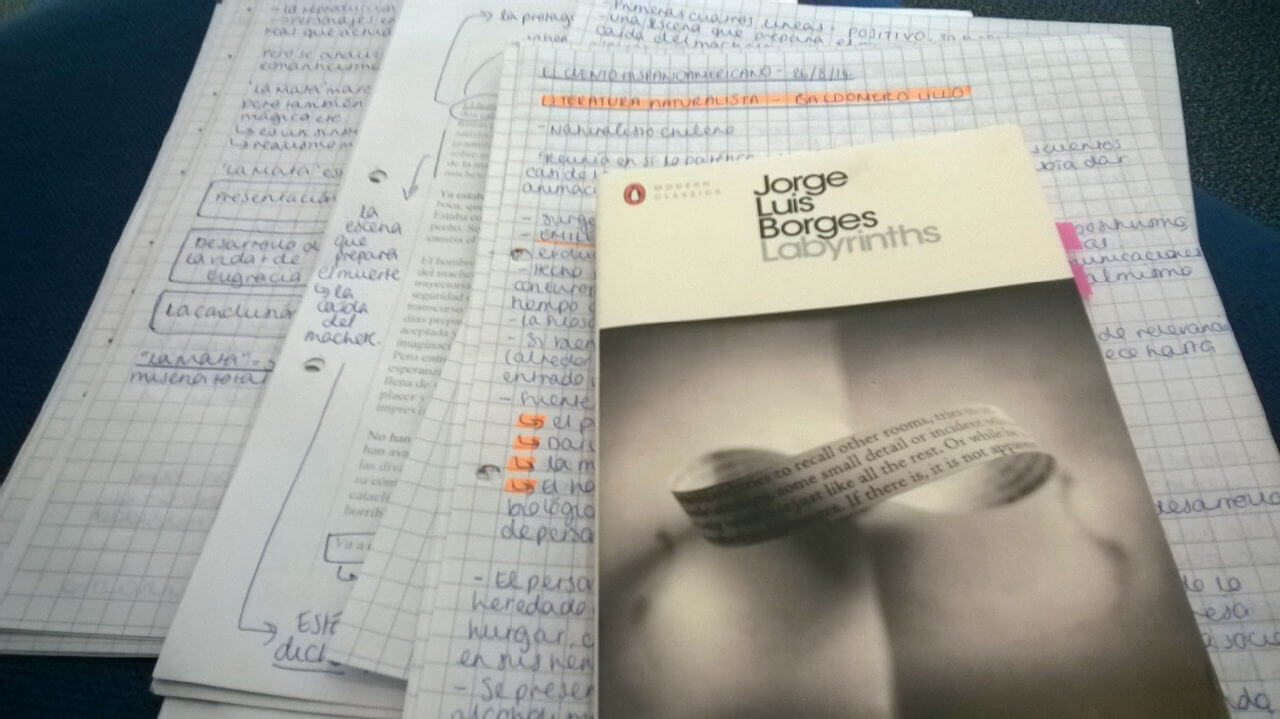 Revision in the airport, proof that some work is getting done!! (The Borges however was me just embracing all things Argentinian)

I think it is fair to say, despite not wanting to leave, the views from the plane crossing the Andes back over to Chile were truly spectacular… 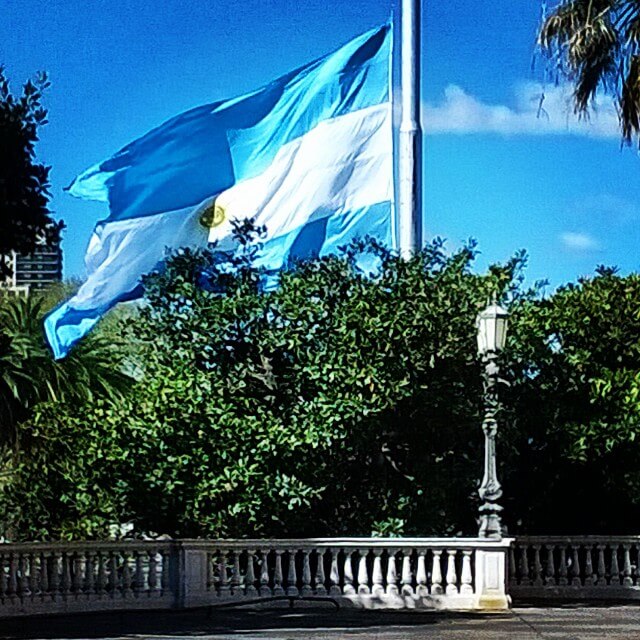