A week of anoraks, anti-bac and communication problems, PART 3: Vienna

The following morning, after having said our goodbyes to Millie, we duly made our way to Prague’s central station where I am pleased to say, we not only managed to track down our train without any further calamities, but were even able to sit down for the entirety of the five hour journey to Austria.

Arriving in Vienna early that evening, we successfully found our last, and rather cosy art-filled hostel situated just a few minutes from Wien Westbahnhof station. I think it is fair to say that upon spotting two Egon Schiele prints hanging above our beds the moment we walked into our room; I knew that this city would certainly not disappoint the art-enthusiast inside me.

In much need of something to contend our rumbling stomachs,and having been informed about The Music Film Festival running daily throughout the summer period at the we soon found ourselves wondering into the heart of Vienna just as the night closed in.

In doing so, wondering around Museums Quartier, and past the impressively lit Natural History and History of Art museums to the beautiful sound of a nearby busking clarinettist, it was not long before we had both fallen completely and helplessly in love with this gem of a city. Reaching the equally impressively lit Town Hall Square, we were immediately confronted with a hive of activity. Enticed by the perfect combination of culture and food, the square was a vibrant scene of hungry tourists and Viennese alike making their way around the wealth of food markets from all over the world. After joining the bandwagon and supressing the hole in our stomachs with some truly delicious and economical cuisine, a little past 9pm we took a seat in front of the giant open-air screen to watch a screening of a Viennese symphony orchestra, wine glass in hand.

The following day, armed with our own personalised interactive walking tour courtesy of my absolute godsend of an Austrian friend, we set off to see as much of the city as our bodies and rather temperamental weather would permit. 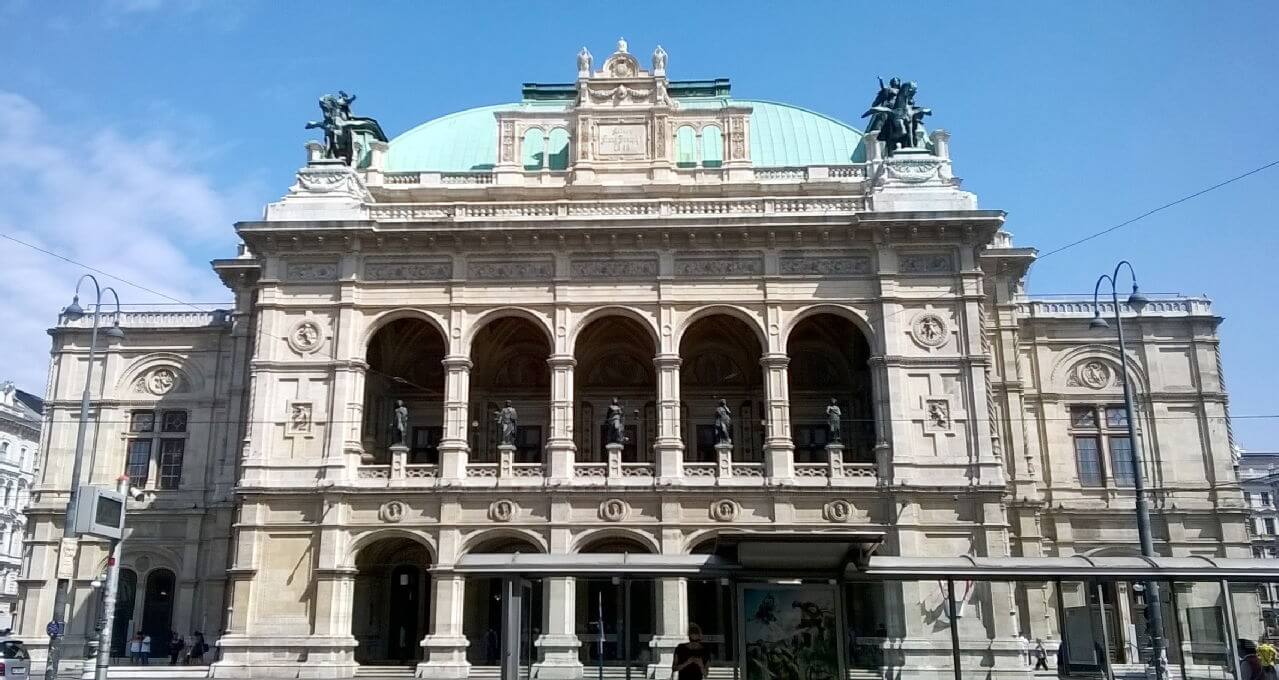 After a rather interesting lunch embracing the vegans within…

… at a quirky café situated in a tranquil and tourist-free spot near British sculptor Rachel Whiteread’s Holocaust memorial (I may have got a little too excited when stumbling across this piece; a work that has appeared on several occasions in my art a-level sketchbook) we made our way to the Leopold Museum. Aka. the Egon Schiele museum of the world. 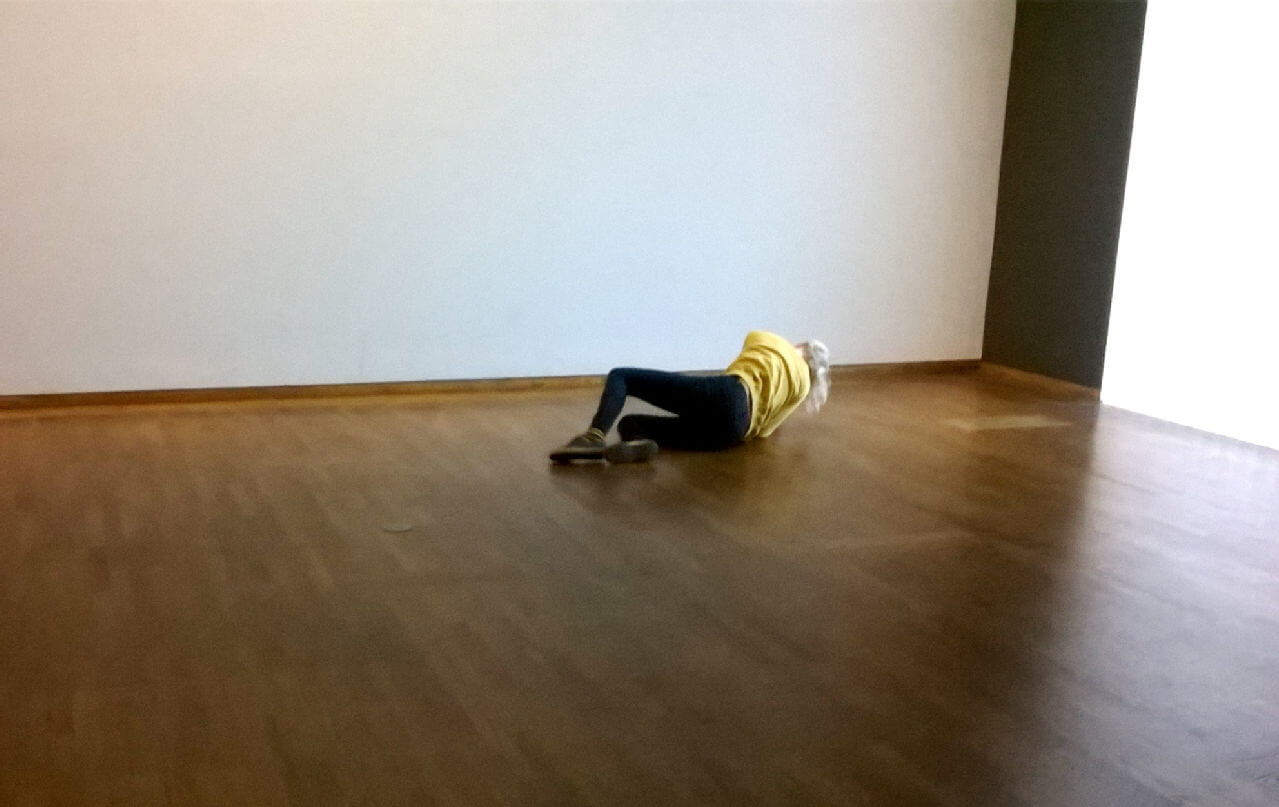 Despite both opting for ‘the tourist summer dress and trainer look’ before plastering on the factor 30 earlier that day due to the mid-thirty degrees Celsius temperatures, upon exiting the museum we were confronted with this… 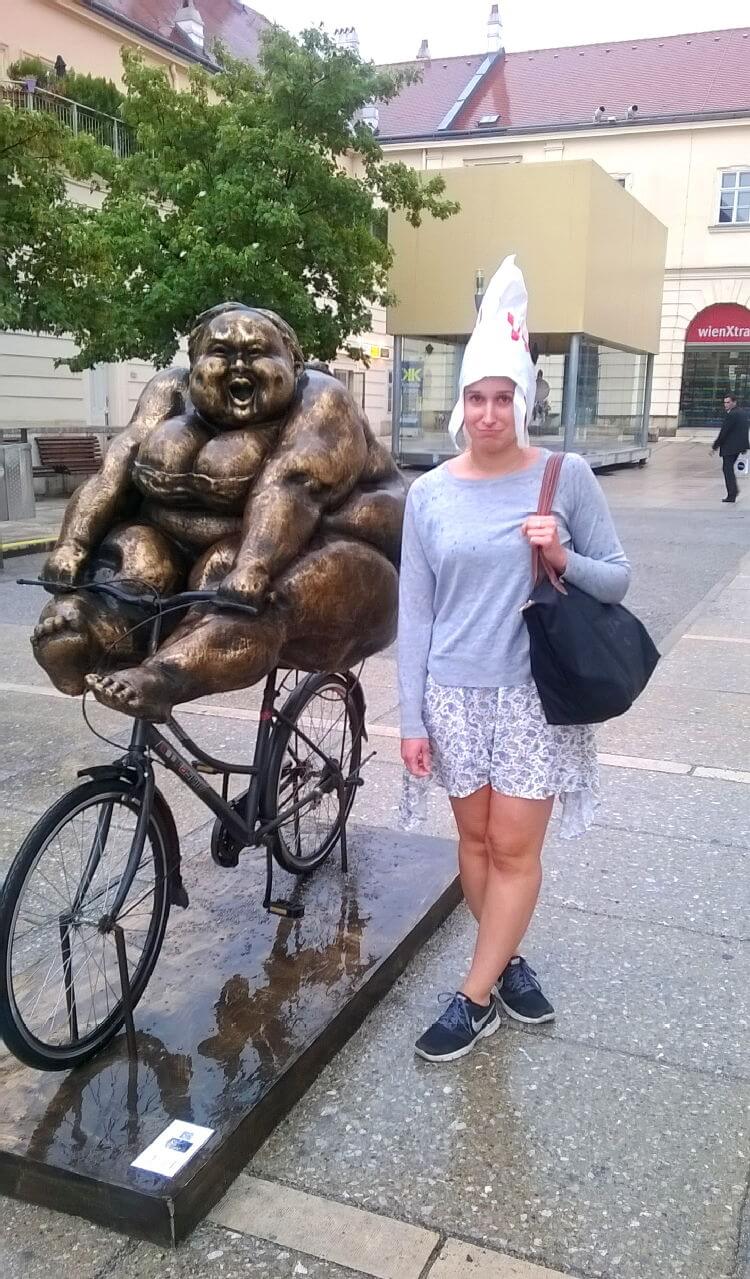 Determined not to let the rain dampen our spirits, yet after a rather quick wiz around Vienna’s most popular market, , due to the increasingly heavy downpour and now dripping from head to toe, there was nothing more we could do but admit defeat for the day and return to the hostel for an early night. Before doing so, however, we did make one last dash for it to a nearby Spa to stock up on the most random combination of supplies for that night’s dinner as rightly pointed out by a fellow Italian, who subsequently tried to begin plating us up some that he was seemingly cooking to feed the entire Italian population of Austria that night.

Having packed up our belongings for the last time the following morning, bags locked up and all checked-out, it may have been our last day stumbling around Europe, but we were by no means stopping there. First stop of the day, The Secession. 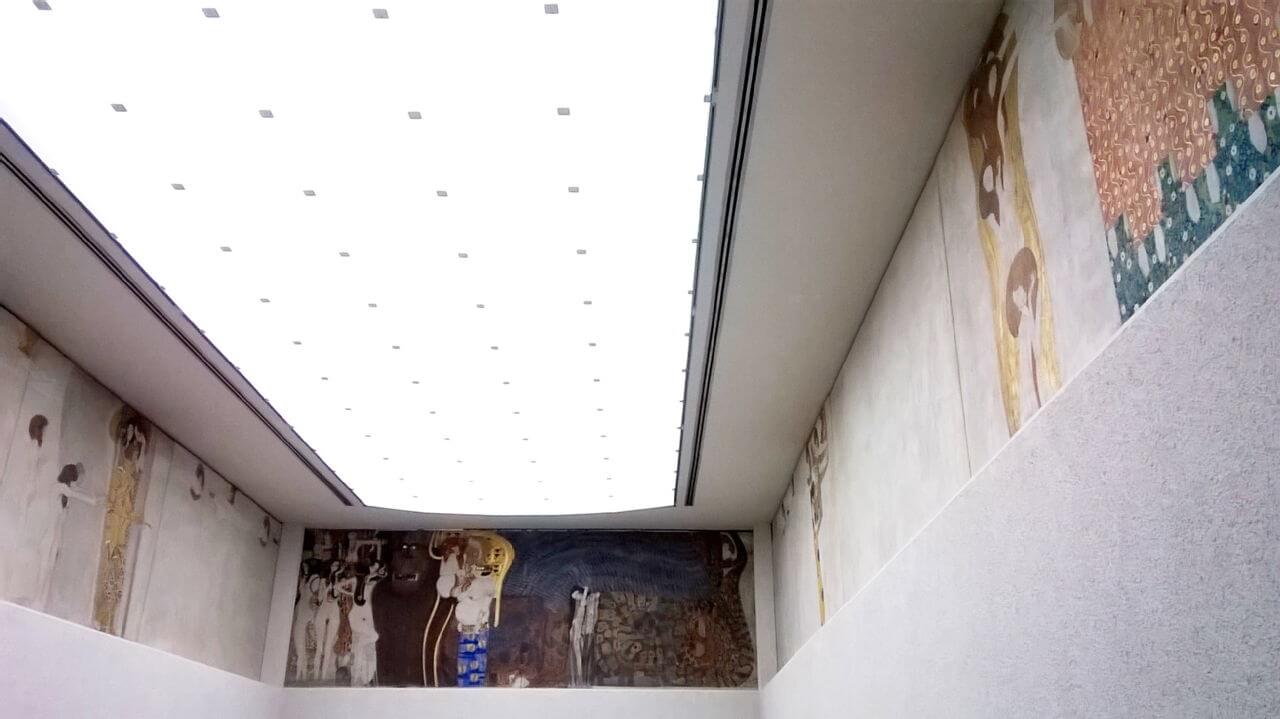 As one of the most avid Klimt lovers known to man, once again, the artist within me was in her absolute element. The Vienna Secession was founded in 1897 by a group of artists led by Gustav Klimt and committed itself to the Modernism of the moment. Conceived as an art temple of early modernism, one of the most famous exhibitions of the Secession dedicated explicitly to contemporary art was Klimt’s a muralmeasuring over 34 meters in length.

Successfully still on track for the day, with a strong tradition of coffee houses, we couldn’t possibly leave Vienna, or supposedly, ‘the coffeehouse of the world,’ without tasting one of the most famous Viennese culinary specialities;

And where better to splash out on a cappuccino and Sacher torte than Café Sacher itself. Not one for sweets, after just one mouthful of this apricot jam and chocolate speciality, Vicky gracefully took one for the team in finishing off this truly Instagram-worthy slice in record speed.

With the clock ticking before our flight, there was just about time to squeeze in a very fleeting visit to the former summer residence of the imperial family and one of Europe’s most impressive Baroque palace complexes…

…after a speedy tour around part of the palace itself, it was back to the hostel to pick up our luggage before making our way to Vienna International Airport. Making sure to stock up on a plentiful supply of Manner Neapolitan wafers before boarding our plane, I think it is safe to say we squeezed in as much as humanly possible into our spontaneous trip of perfecting our hand gestures, fostering our OCD tendencies with copious amounts of anti-bac, and improvising our way around Europe.