A week of anoraks, anti-bac and communication problems, PART 2: Prague

[Continuation of A week of anoraks, anti–bac, and communication problems, PART 1: BERLIN]

And so over-priced train tickets in hand, the time had come to say goodbye to Berlin and board our first train to Prague. Or so we thought as we scoured the departures boards looking for our train but to no avail. Perhaps this was the first indication that the journey ahead of us was going to be anything but hassle free. Yes, we were indeed at the wrong station. Immediately plagued with flashbacks of racing through Rome’s underground and multiple train stations with fellow Hispanic-Studier Danielle last year due to an only too similar mishap, thankfully we were able to make it to the correct station in time to make our train. With our first calamity averted, having spilt nearly the entirety of my much needed caffeine fix down me, and with a pounding head, I think it was fair to say that a good rest en route was now needed more than ever.

Nevertheless, upon boarding our train and finding a seat (which we were soon to be booted out of), it wasn’t long before we realised that every seat had been reserved. Indeed, we had paid 60 odd euros and thanks to our encounter with the not-so-informative woman at the ticket office the previous day, we hadn’t even got a seat for the four and a half hour journey ahead of us. With each carriage brimming with similarly puzzled passengers and accumulating luggage lining the aisles, and after the 20 minutes it took us to finally come to terms with the situation at hand, there was nothing to it but find ourselves a space upon the floor and put the pillow-like qualities of our bags to good use.

Luckily for us, despite sitting like paupers next to a booth full of middle-aged German women nattering away whilst occasionally sparing us the odd sympathetic glance, we soon noticed that according to their reservation label, their final destination was Dresden after which their seats would be unoccupied. After quickly reaffirming our suspicions when asked, the women assured us that it must have been our lucky day as in two and a half hours their seats would indeed be free for us to sit in. Having by this point drafted up over half of my last blog post sandwiched between two suitcase whilst periodically dosing against Vicky’s bag, to finally have seats was (and still is) a new-found luxury.

I still can’t quite put into words the rather unsettling and uncomfortable feeling which overcomes you, particularly as a modern language student, when in a foreign country and unable to understand a single word. After all, during my travels throughout South America and Italy, despite the various dialects encountered, I was always able to communicate one way or another. Nevertheless, upon arrival in Prague, once again I found myself wincing at the shame of having to ask people if they spoke any English.

We made it though

Having navigated our way successfully to our hostel situated a little out of the Old Town whereby as dusk approached, it seemed that street lamps were non-existent, we soon found ourselves walking in circles in search of somewhere still open to eat asides from the infamous . It was then that we happened to stumble upon a true gem if ever I saw one…Tesco Express. Still bewildered at our discovery and retreating with pockets ladened with food, for one night at least we were able to avoid the infamous potato-based Czech cuisine and likes of

The following day, after a quick exploration of the stunning Old Town of Prague (during which we discovered the second most unexpected gem of the trip…Marks & Spencers…to which we shamefully made three visits to all in the space of one day) we found this one waiting in the lobby of our hostel…

Having decided to join us for this short leg of our journey for which she seemed to have travelled all day to do so (getting to Prague from England apparently isn’t as simple as you may think) we didn’t give Millie long to settle in before venturing up to Prague’s beautifully situated castle. Currently holding the title of the largest ancient castle in the world (occupying an area of around 18 acres and three great courtyards) it was no wonder we were left a little confused as we wondered around the extensive Castle complex whilst reminiscing about school days; consequently beginning to feel far too old.

Feeling exhausted and hungry as we found ourselves once again wondering into the Old Town of Prague characterised by its medieval and stunning architecture, it isn’t hard to guess where we ended up grabbing that night’s dinner… 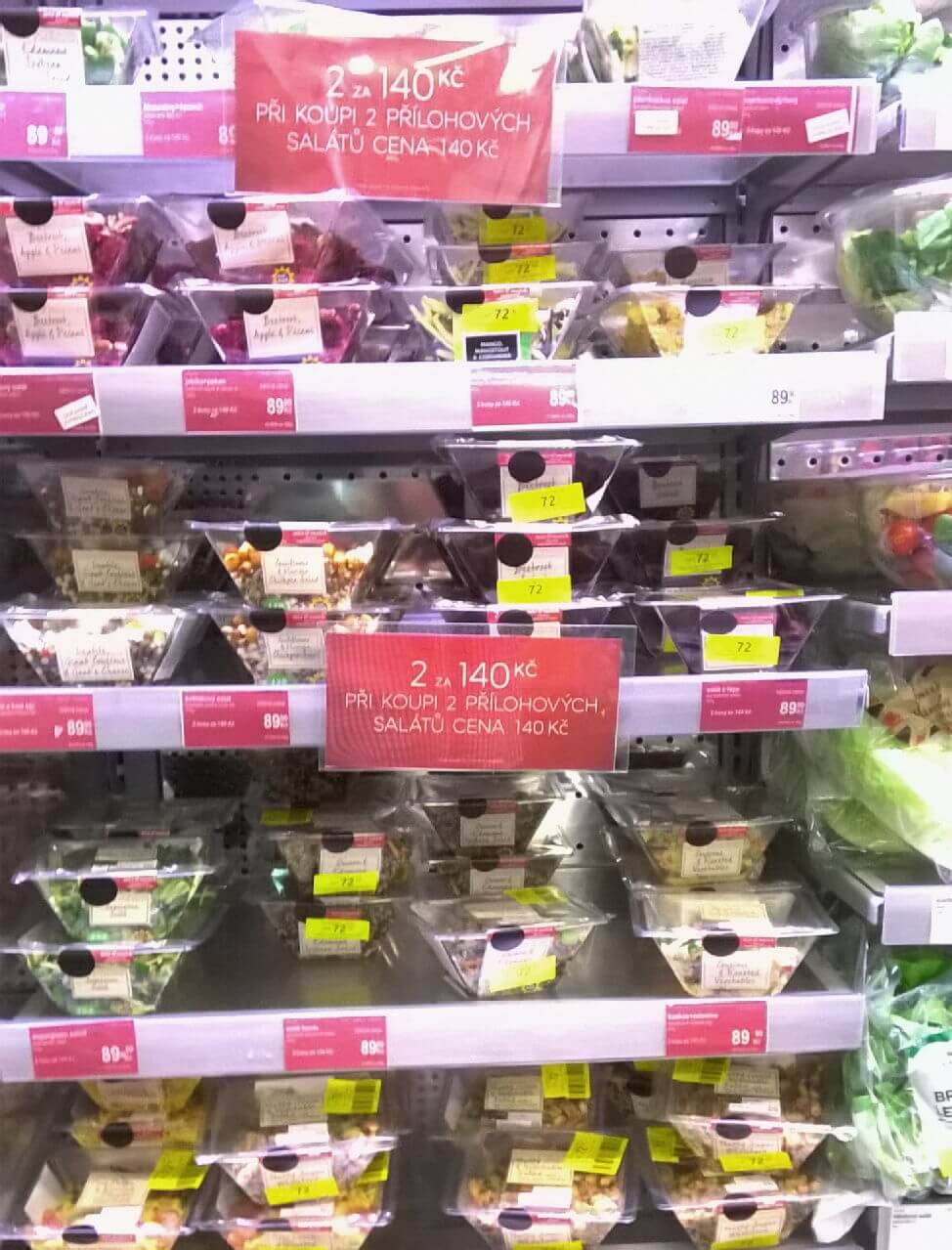 In true grandma style, after another tame night, the following day we embarked upon yet another free walking tour of the city.

Having again walked ourselves to a frazzle, what better way to finish off the day in style than by sipping some Czech Cocktails…

Rather coincidently and bizarrely enough, after having discovered that Millie’s family friends were also holidaying in Prague and were just around the corner, we not only found ourselves being picked up and taken to their hotel, but also very generously treated to drinks with them amongst their rather plush hotel surroundings.

A rather fabulous evening and end to our stay.The Charles Bridge.

The night, however, was far from over yet. Surprisingly enough after numerous drinks, and having by this point left Millie’s friends and the luxury hotel with what I can only imagine to be their equally deluxe facilities, it was decided that we all quite needed the toilet. Realising our stupidity at not going before and, I suppose, having just been indulged with a bit of luxury along with the assurance of somebody’s mum that ‘you can always just walk into a nice hotel and use their toilets without anyone noticing’ resounding in our ears, we somehow found ourselves striding into the Four Seasons heads held high. Perhaps had the hotel not been the site of a ghost town we may have got away with it. Yet despite our rather bold entrance, we were immediately questioned by the door man as to whether we were guests at the Four Seasons. Assuring him that we weren’t guests, just looking for the bar, we were subsequently ushered into the equally empty bar wherw we were asked whether we wanting to eat or just a drink. Despite replying in a state of panic that we wanted a drink (yet knowingly aware that even a glass of water would burn a huge hole in our pockets) when handed a menu we hurriedly asked whether it would be possible to use to toilets beforehand.

Directed to the toilets yet now drawing a huge deal of attention to ourselves, consequently prompting the overtly suspicious door man to follow us and wait outside the toilets ready to escort us out, we decided upon exiting the loos that our only option would be to speedily stride out making no eye contact whatsoever. It worked. Leaving the hotel before anyone had the opportunity to stop us, whilst politely nodding good evening at the newly appointed doorman, we successfully made our exit. It was only then that the unimaginable happened. Frantically looking for her phone, Millie realised that in all the commotion she had left it in the toilets. Possibly the only place in Prague we couldn’t return to. After much debate, and a rather tentative phone call to the the Four Seasons by Vicky claiming to have been dining there earlier that day during which she must have misplaced her phone in the downstairs toilets, it wasn’t long before the hotel called us back to confirm that they had found the missing phone. Unable to face the shame of all three of us marching back in there, and having bought ourselves some time whilst wondering around Prague, Vicky braved up to the task of putting her drama A-Level once again into action by returning to the infamous hotel to collect Millie’s phone which had even been put on charge.

By this point, having once again missed dinner time as all nearby restaurants duly turned us away, there was nothing left for it but to pay our life-saver of a Tesco express one final visit; thus culminating a rather surreal stay in the Czech Republic in style.