A week of anoraks, anti-bac, and communication problems, PART 1: BERLIN

It seems strange to think that in a state of revision induced delirium all those weeks ago, the spontaneous suggestion posed by my friend to do a spot of interrailing through Europe actually became a reality. In fact, despite only pondering over the idea for approximately 10 minutes before replying to my friend’s suggestion, it only really became real when we booked our flights approximately two weeks ago. Ok so not exactly ‘interrailing’ as such, however I do feel as though the inclusion of two lengthy train journeys (one of which was spent mostly upon a rather less than desirable train floor) just about justifies me calling it so.

And so at the beginning of this month our journey began. Armed with far too many stashes of 100ml bottled liquids, our hostel reservations made the night before, and very little, or rather, next to nothing in the way of itineraries or concrete plans, my friend and I once again set off to escape (or so we thought) the drizzle that was Britain’s summer.

I say once again as having found ourselves in Barcelona this time last year, and then in Buenos Aires whilst I was studying in Chile the year before that, it seems that whilst becoming somewhat of a familiar face to my blog, my friend and I just can’t help but find ourselves exploring the most random corners of the globe together.

Anyway, back to the matter in hand. Having decided to dedicate our week to exploring the cities of Berlin, Prague and Vienna during our week away, it seemed rather unfortunate that despite the four languages spoken between the two of us, German (nor Czech for that matter), was not one of them. In fact, despite my numerous attempts of expanding my German vocabulary beyond the realms of (butterfly) and (hospital), I can officially confirm that all attempts have been, and still are futile. It simply will not remain in my mind.

What’s more, who said that all German’s speak English? I think you’ll find they don’t. This was something we immediately discovered upon arrival at Berlin’s airport, whereby any progress we had made in communicating with the woman at the travel information desk in English was immediately shattered the moment Vicky apologetically took out a €100 note in order to pay for our tickets; an act which seemingly provoked some sort of mental breakdown within this woman, subsequently resulting in a German fuelled explosion involving lots of derogatory eye rolling and finger waving. In fact, it was something that gradually became apparent throughout the entirety of our stay, perhaps most shockingly of all whilst trying to buy our train tickets to Prague at Berlin’s central station…

Nevertheless, despite the rather wobbly start, we managed to fathom out Berlin’s rather complex and colourful transport system arriving at our hostel just a little after dark and in much need of a good sleep. Unfortunately for us, as there always seems to be with any Lussana involvement, the drama did not stop there. For some reason (I still cannot fathom out why) after numerous ‘whiffs’ of some unusual smell, the ocd germophobe within me decided to smell our pillows. As you do. Sure enough, the source of the smell was discovered. It was indeed the pillows, letting off the far from aromatic odour of urine. Fabulous. Having long missed check-in, with midnight approaching, and after much debate, it was concluded that there was nothing to it but to cover our pillows in our towels and hope that we got to sleep quickly.

Needless to say we didn’t.

Nonetheless, after a somewhat muddled and long winded explanation and apology on behalf of the hostel owner the following morning, to our relief the pillowcases were changed to ones that thankfully smelt fresh and urine free. Well, so we thought. In fact returning to our rooms again late that night, we quickly discovered that the smell was back, and with a vengeance. Fabulous. Another two nights of sleeping on our towels. I suppose remembering the horrors of Bolivian bathrooms, Chilean snorers, and the infamous bed bugs that inhabited Patricia’s crazy hostel in Puerto Montt, it could be worse.

Having successfully crammed in all the must-see sites of this fascinating city (even more so for two Cold War enthusiasts like ourselves) that evening I found myself on Frankfurter Allee, one of the oldest roads in Berlin, ringing the bell to the apartment of a long-time Italian friend.

After having caught up on the last five years of our lives over the first authentic I have had in a long time, it was time to ‘feel the true Berlin’ as Marco so vivaciously put it.

This of course naturally involved immediately taking an elevator up to the top floor of a rather average looking shopping centre where we were confronted with what I can only describe as a truly hidden gem of a bar, with the most spectacular panoramic view over the city… 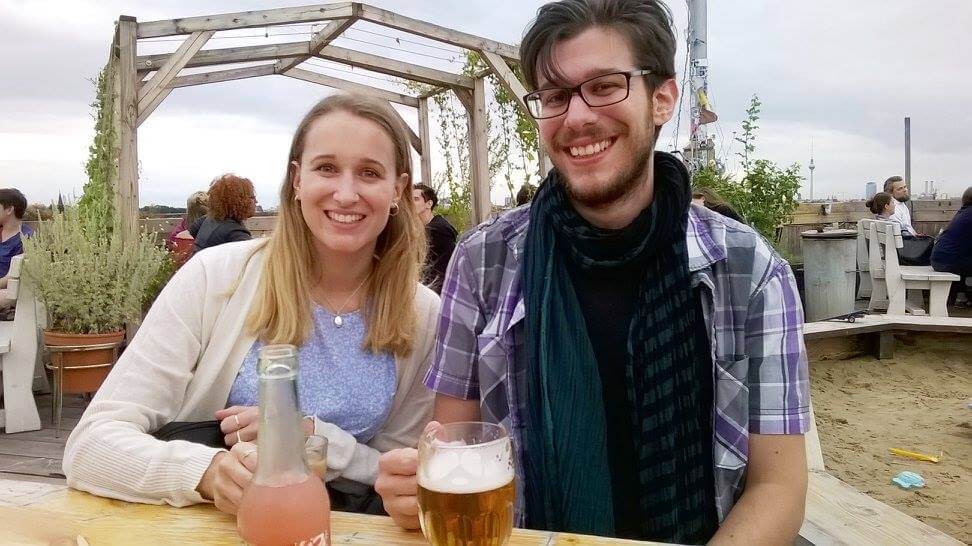 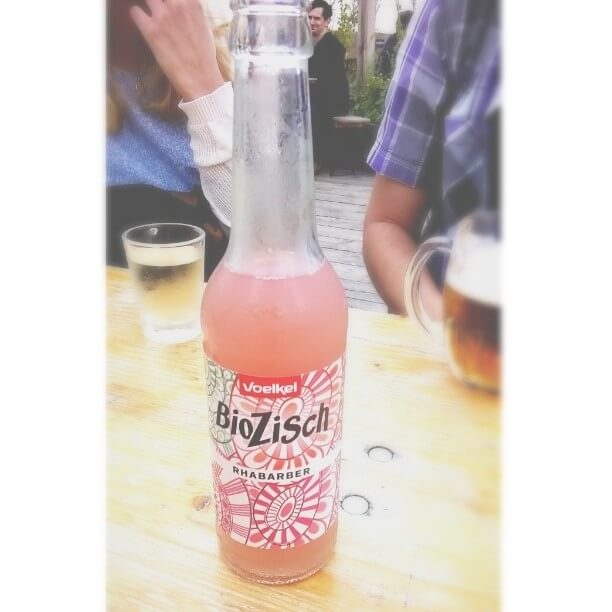 The following day, under strict instructions to avoid all things touristy and to continue this process of experiencing life as a Berliner, despite the downpour my friend and I seemed continuously cursed with during our stay, we made a visit to the rather idyllic Viktoriapark before having a nose at some of the boutiques and vintage shops that line the streets of the neighbouring area. After a leisurely afternoon of soaking up the vibrant atmosphere, our next stop was to the East Side Gallery, and to the 1.3 km long section of the Berlin Wall which remains to this day an international memorial for freedom. 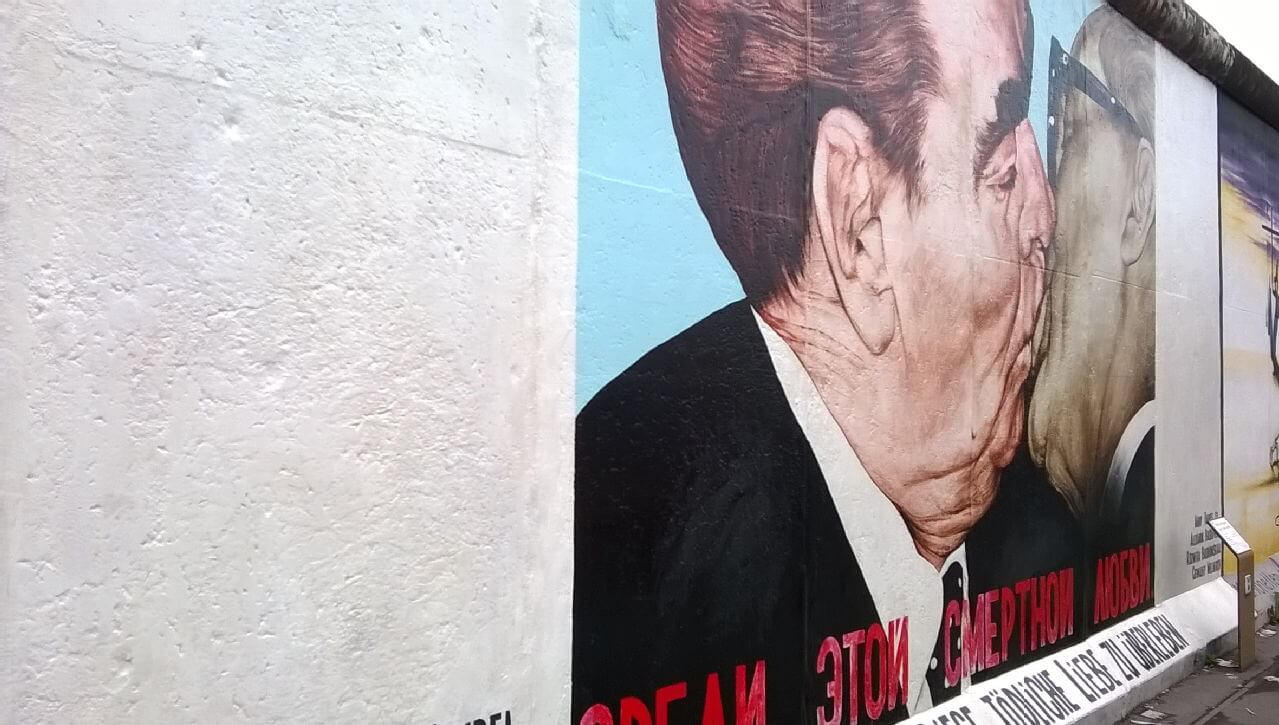 As the day was drawing to a close, this was soon followed by a rather surreal metro experience whereby after witnessing some sort of collaborative mass drug deal whilst swiftly escaping yet another station I simply cannot neither pronounce nor remember, we found ourselves at Street Food Thursday; the mother of all street food events in Berlin. Despite narrowly avoiding death by hungry Berliners due to the 5000 people that pass through the in to get their street food fix from a wide assortment of vendors selling food from all over the world every Thursday, we manage to survive in one piece. 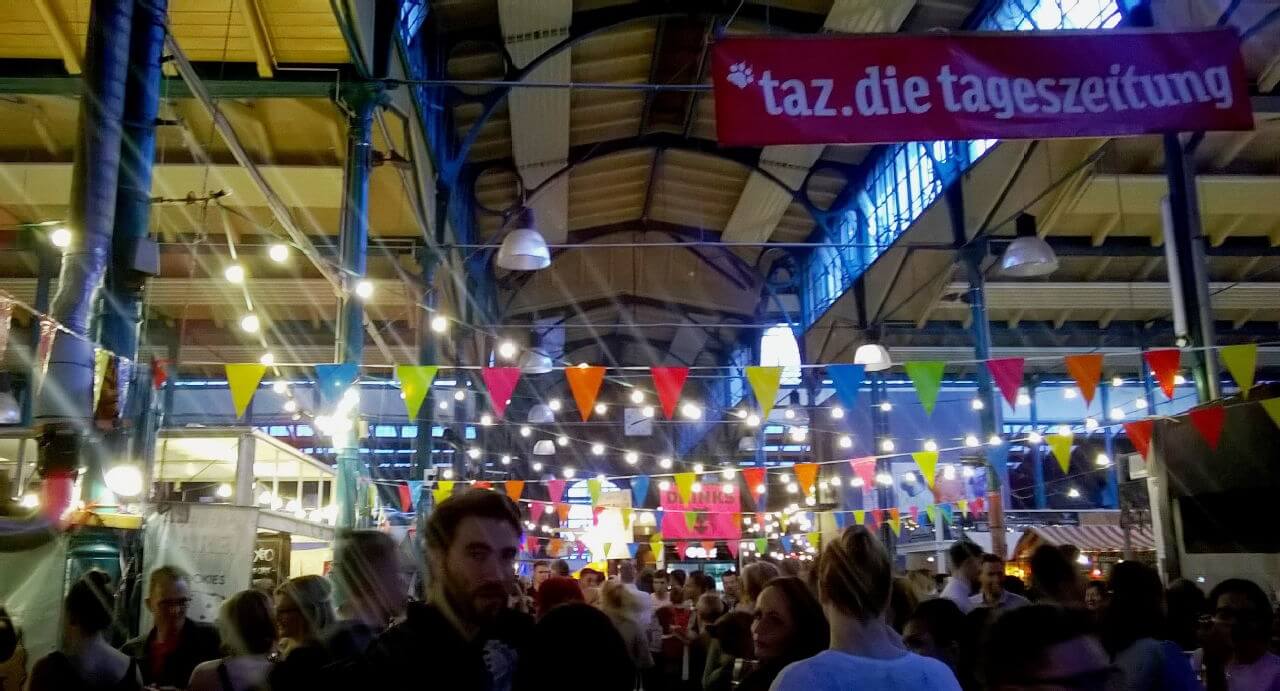 Having miraculously managed to both find something to satisfy our rumbling stomachs, we made our way once again to to meet with my friend and a few others for one last birthday celebratory drink. Nevertheless in doing so, we seemed to find ourselves passing through yet another rather shady suburb whereby all I can say is that people were being let in one by one to some sort of caravan shelter come dumping site entitled ‘Freak show’…

The following day, after a wonder around Berlin’s , it was time to leave this unique city behind us and for the first time during our trip, rest our tiresome feet and enjoy a peaceful dose during our journey to Prague; thinking of course at the back of our minds, that we had almost definitely already had our fair share of misfortunes and mishaps for one trip.

Oh how wrong we were…