A week in Peru: PART 1 – OurWarwick

Having just returned last night to Santiago after almost 3 weeks of travelling, I really don’t know where to start, so much has happened. I suppose I had better start from what at the end of November began to feel like the beginning of the end…if that makes any sense?

Why are we just so attractive?!

Having officially finished my semester in South America, what better way to finish off what I can only describe as the most surreal four/five months of my life, than with a trip to one of the seven wonders of the world…Machu Picchu.

Yes, if someone had told me that I would be in Peru this time last year, I would have laughed at such a ludicrous proposal, however alarm set at 4am on the 26th November, my friend and I in a slightly delirious state, managed to flag down a taxi and get ourselves to Santiago airport, still a little in denial as to the journey we were about to embark on.

I must admit this trip did require a considerable amount of planning beforehand, unlike all out previous travelling during which we would normally turn up at our destination, map in hand, in search of a hostel. However, when I say planning, what I really mean was us booking our first two hostels, train to and from Aguas Calientes, and of course our tickets to Machu Picchu… the night before. As a friend from home reminded me, most people who visit Machu Picchu plan months and maybe even years in advance, however let’s not forget this is Claudia we are talking about…I mean this time last year I was house hunting in Leamington, let alone planning my travels for a semester abroad in South America.

Anyway, once again, I digress. That morning we arrived in Cusco; the site of the historic capital of the Inca Empire, and a city in southeastern Peru with an elevation of around 3,400m. After a connecting flight from Lima, we couldn’t believe our eyes as we walked into our hostel. A private room…a private bathroom…hot water…(and lots of it)…a TV… free coca tea (perfect for tackling pesky altitude sickness)…and a cooked breakfast all included?! Was this a hostel or a hotel? Or maybe having been away from home for over 4 months now was really beginning to show. I think it is fair to say that it definitely exceeded our expectations upon arrival in Cusco, which despite being a stunning city, set against the spectacular backdrop of the nearby Urubamba Valley of the Andes mountain range, it is one that is sadly equally stricken with poverty.

Nevertheless, after a day exploring the city, the following day after another early start, we set off for the town of Aguas Calientes only accessible by foot and train. 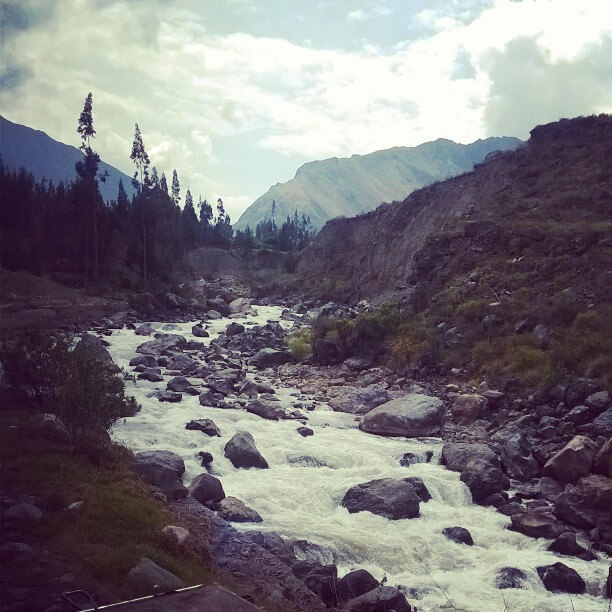 After the 3 hour train journey though the most spectacular scenery, we arrived in Aguas Calientes where we would be staying for the next two nights 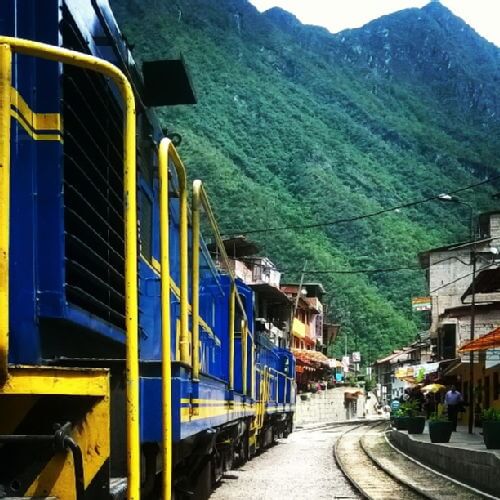 Aguas Calientes, a.k.a. Machupicchu Pueblo; the closest access point to the historical site of Machu Picchu 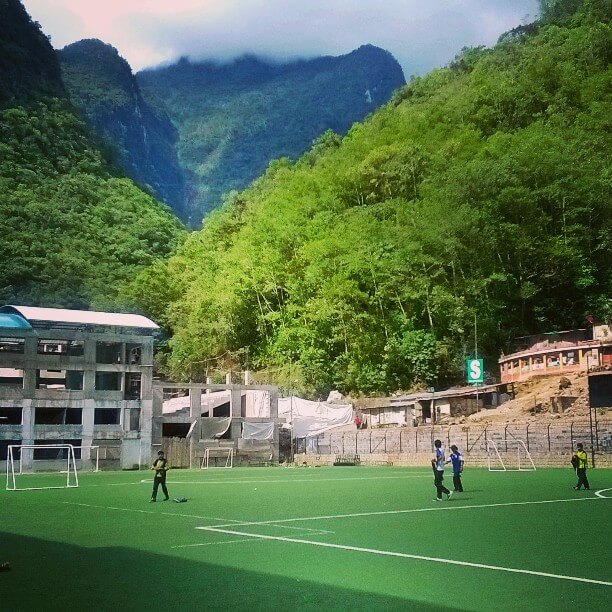 The day had come. Alarm set at 5am we made our way by bus to Machu Picchu. 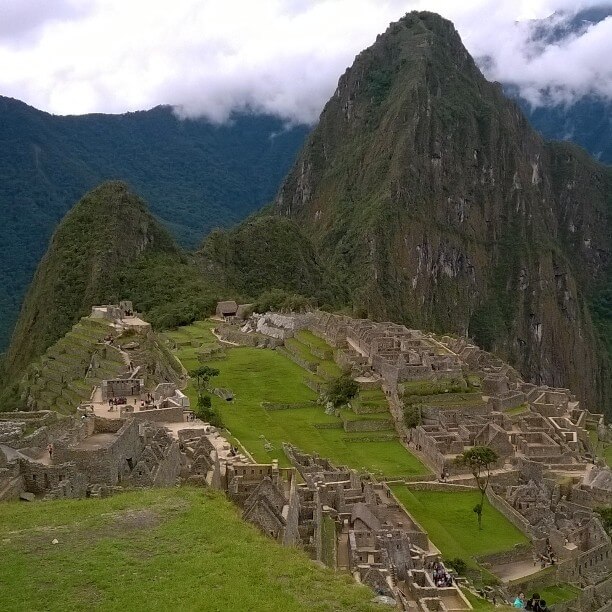 I think the photos speak for themselves… 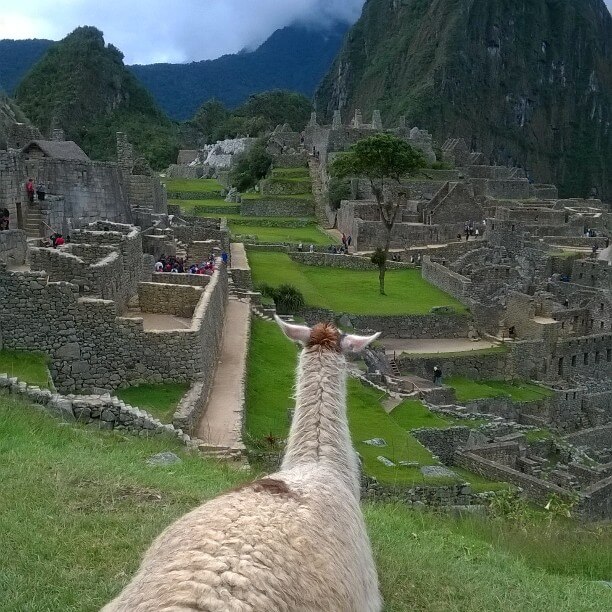 I now know why it is called rain season…

…and after all that, the mist had decided to completely conceal our view of Machu Picchu 3051m below.

At least we met some interesting characters on our decent…quote of the day from a randomer: "you look tired, do you want me to carry you?"

Machu Picchu itself however was possibly the most spectacular thing i have ever seen. My friend and I at one point quite literally had tears in our eyes. 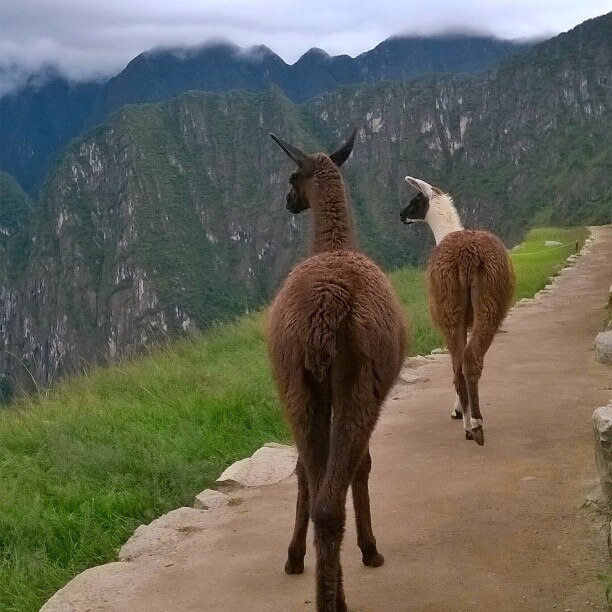 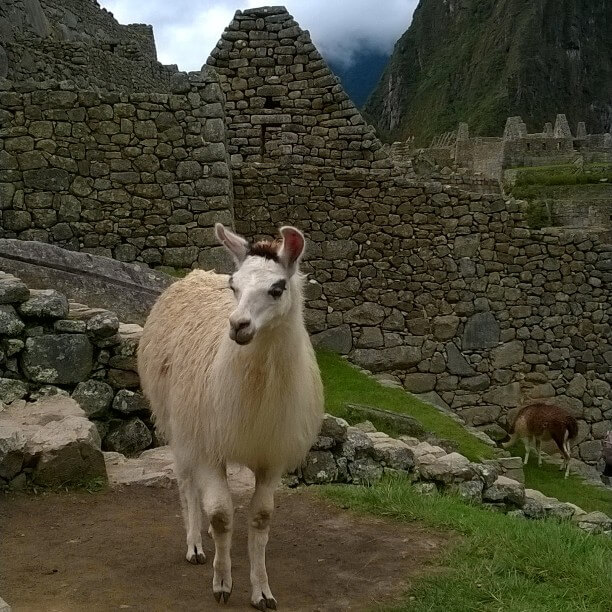 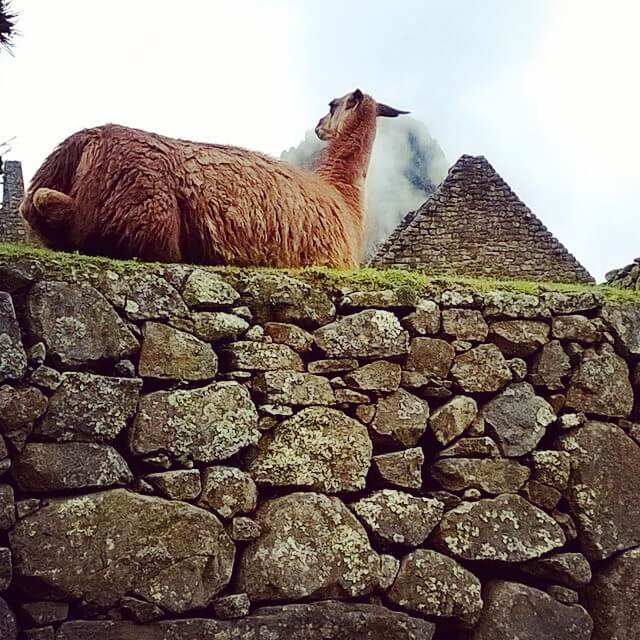 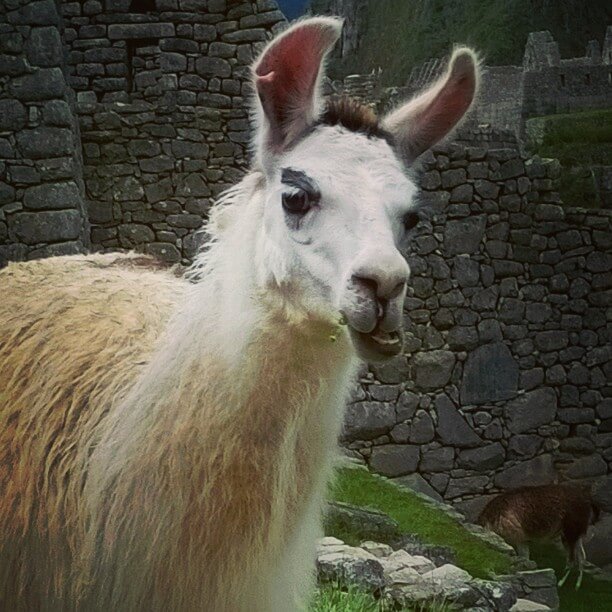 …but just look at them!

After spending just under 10 hours there, just because we hadn’t already done enough steps/climbing, we decided not to take the bus back to town but walk. But with views like those, who wouldn’t!

I almost forgot to mention that whilst at Machu Picchu, it seemed that for some, my friend and I were in fact the main attraction. I kid you not, I actually lost count how many times we were asked if people could have their photos taken with us.. At one point, a group of school children were actually forming a queue. Who knew that a Belgian and English girl, completely soaking wet from head to foot to the point that we could ring our hair out, could prove to be such attractive superstars…