I’ve been sitting by a window in the second floor extension of the library for the past few hours, getting ready for my Differentiation exam on Saturday morning (yes, Saturday morning exams are a thing! Bright and early, and all that…). A group of a couple of dozen kids who looked to be about 12 years old walked through the gardens between here and Senate House – I wouldn’t have looked up, but they were pretty loud.

And that’s when it hit me – I never realised just how silent campus can be until they walked through, no doubt chatting about whatever this year’s equivalent to Gangnam Style or Pokémon Go is. Campus is especially quiet at this time of year – what with some people finishing their exams and going “home home”, and others, like me, camped out in the library for another couple of weeks yet. Being a campus university, Warwick does tend to feel a little bit like a ghost town when the students are away – albeit a rather nice one. There’s a certain stillness about it (even as viewed from behind the window of the library), what with the abundance of greenery and long, drawn-out sunsets. 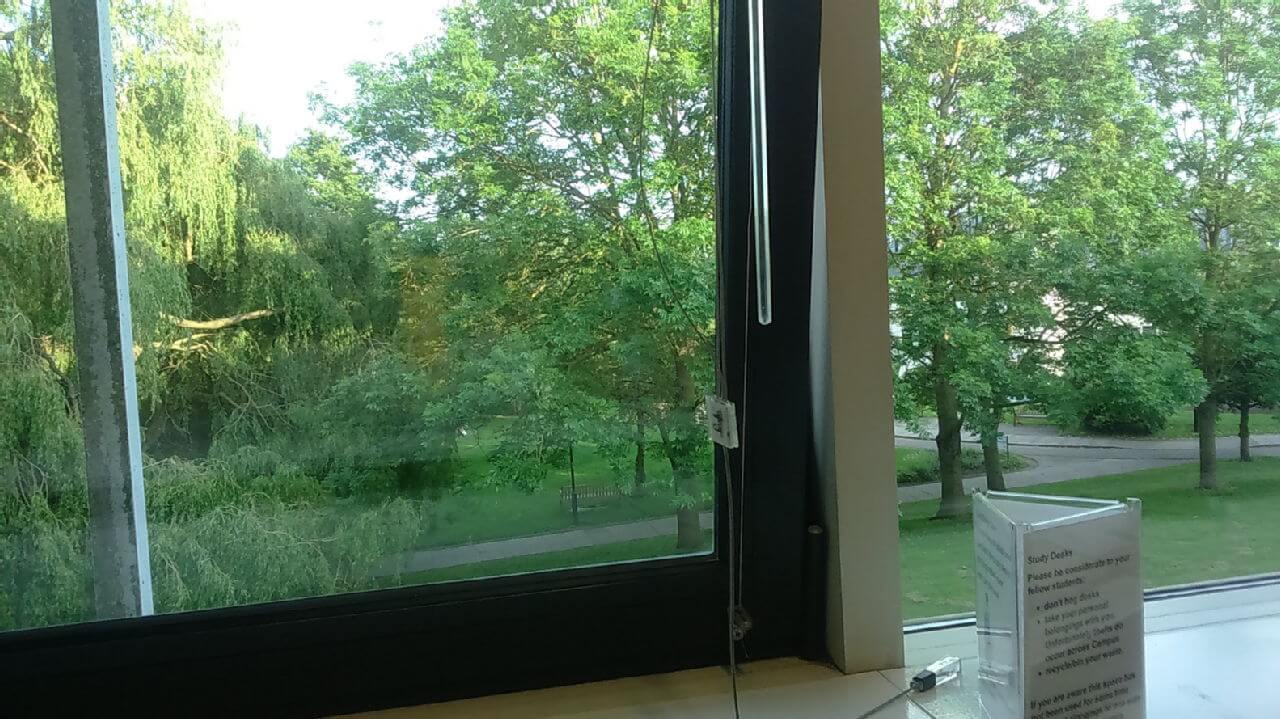 I knew when I applied to uni that I didn’t want to be cooped up in a big city for three years – sure, people talk about the “Warwick bubble”, but to me, it felt like there were way fewer reasons to venture outside a “London bubble”, for example. Being a campus university definitely suits me in that way – you can absolutely spend your whole time living a quiet life within a mile or so’s radius from your department, but there are plenty of things going on outside should you want to explore, and there’s still somewhere quiet to come back to for sleeping and studying. I travel quite a lot – for days out, for society events at other unis, and to visit friends and family around the country.

I also liked that, at the time I applied, the cost of living at Warwick was relatively low compared to some of the city universities I had considered. This is in terms of having a few lower rent options and plenty of choice in terms of cheap shops – it’s not just a case of relying on overpriced convenience shops!

On campus itself, there are plenty of green spaces to explore, or even just to sit out in the sun and watch the world go by. There’s also a lot of wildlife on campus, too – it’s an old chestnut, but we’re currently fourth in the country in terms of our duck density, so there’s plenty to see especially for anatidaephiles!

That’s not to say that campus is always silent – far from it! They showed Eurovision on the big screen of the Piazza, and the turnout was huge. On market days, the Piazza comes alive again, filled with stalls selling just about every kind of street food imaginable. Even on days when nothing “big” is scheduled, you can generally find something exciting going on on campus – I’d definitely recommend adding the sabbs (or Students’ Union Sabbatical Officers, as they’re more formally known) via their work accounts on Facebook, as they’re always up to exciting campaign-related stuff and generally making life at Warwick that little bit sweeter.