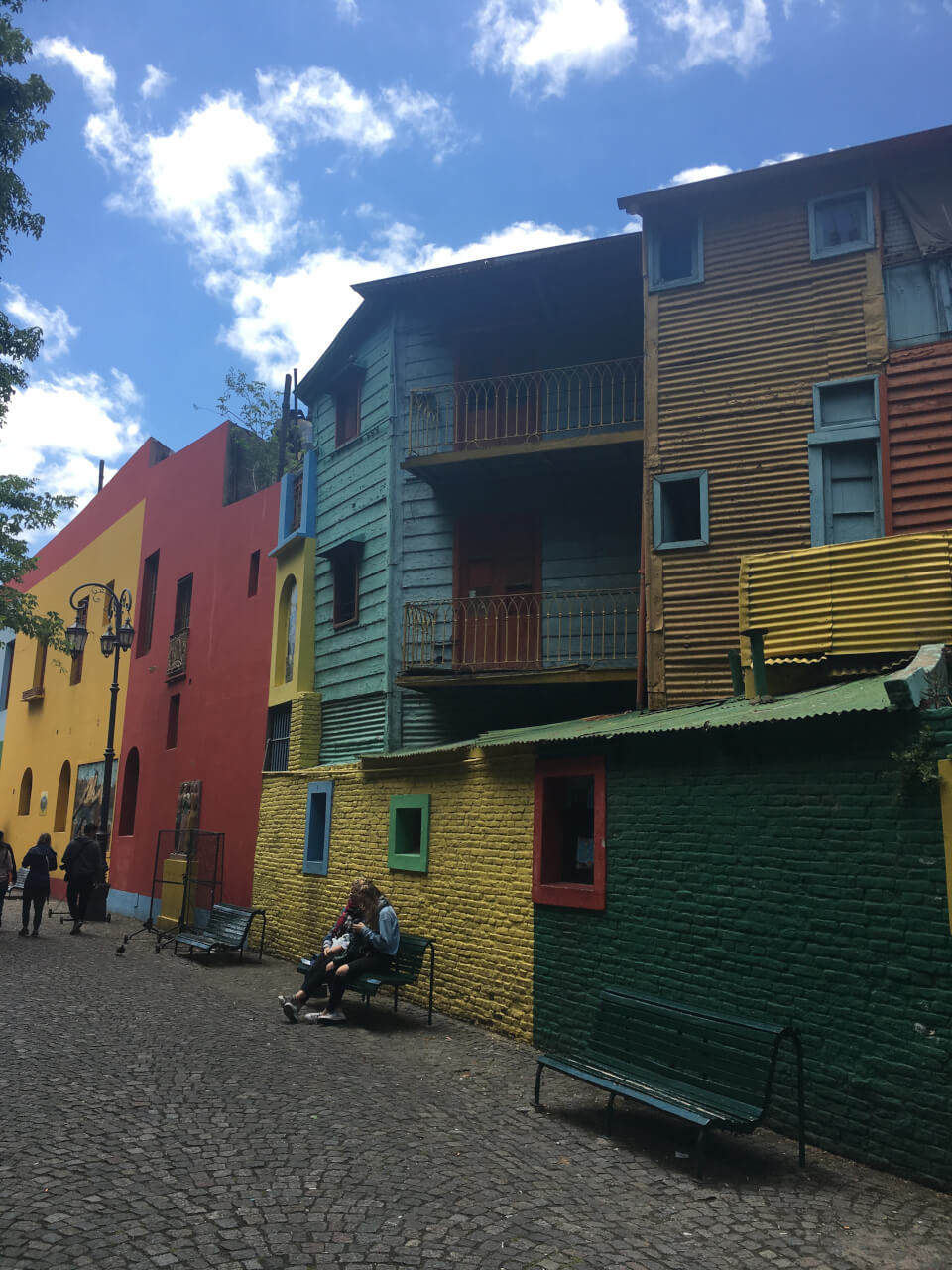 And here we go, only 1 week after landing in Heathrow’s terminal 2, I am finally getting round to writing about my final trip during my big Latin American adventure. I think it only goes to show how busy Christmas can get, with parties here, trips to London there, and before you know it, it’s basically Christmas Eve- where did the year go?!? But nevertheless, I was lucky enough to spend 10 days in Argentina, a country that I’ve always wanted to visit at the beginning of December.

I think it’s fair to say that before visiting, I knew a bit more about Argentina and its capital, Buenos Aires than I did about Colombia, but the majority of my knowledge revolved around the food it’s famous for steak, Malbec wine, gelato, and empanadas, and its beauty. I was not wrong. 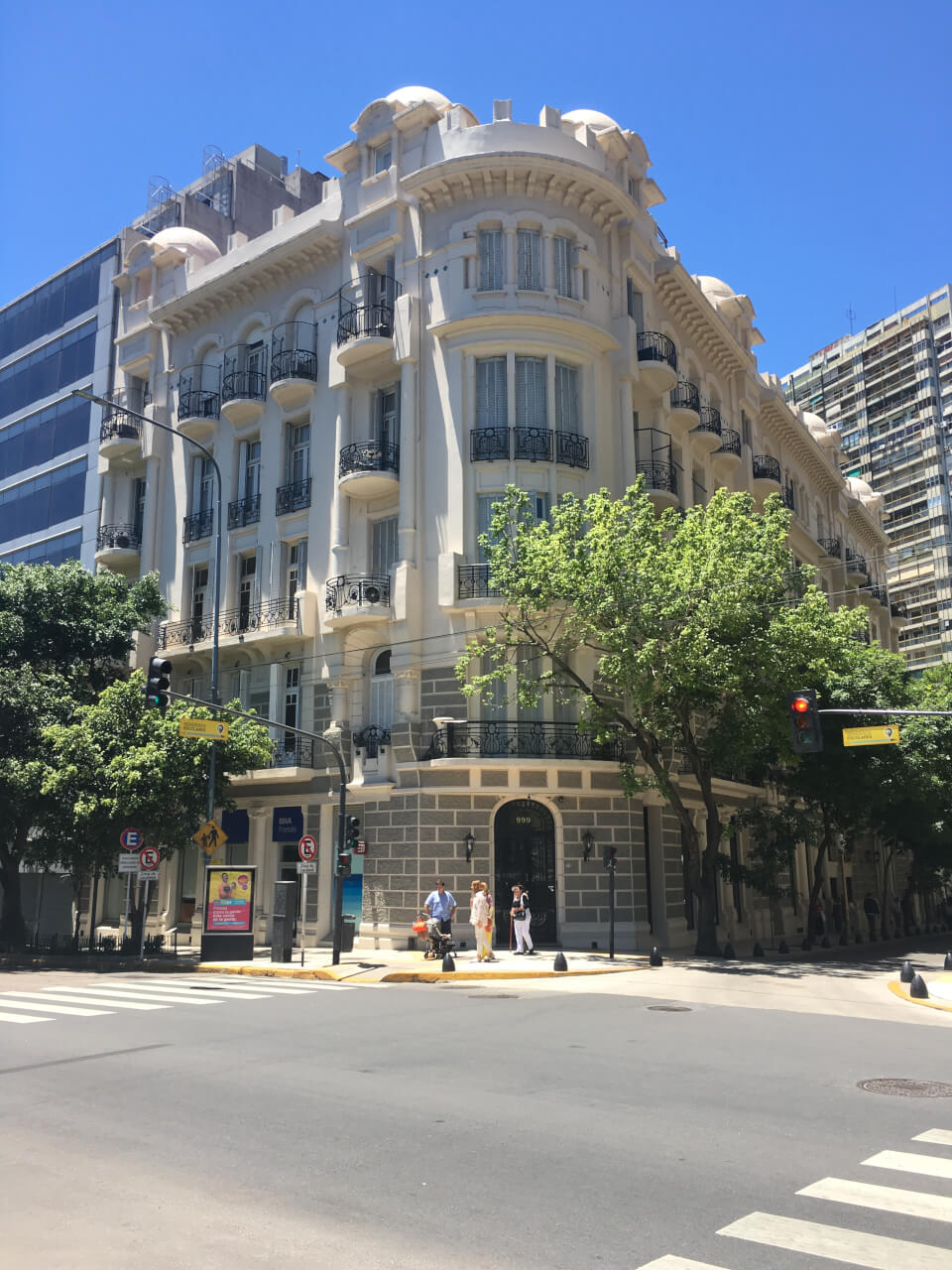 Famous for being “the Paris of South America,” the majority of the buildings are practically replicas of streets of Paris…

Day 1 came, and it was time to explore the city, and metro pass and a map in hand, we visited the Plaza de Mayo, famously home to the Casa Rosada (if you’ve seen Evita, the balcony building where Madonna sings Don’t Cry for me Argentina) and other spectacular buildings… 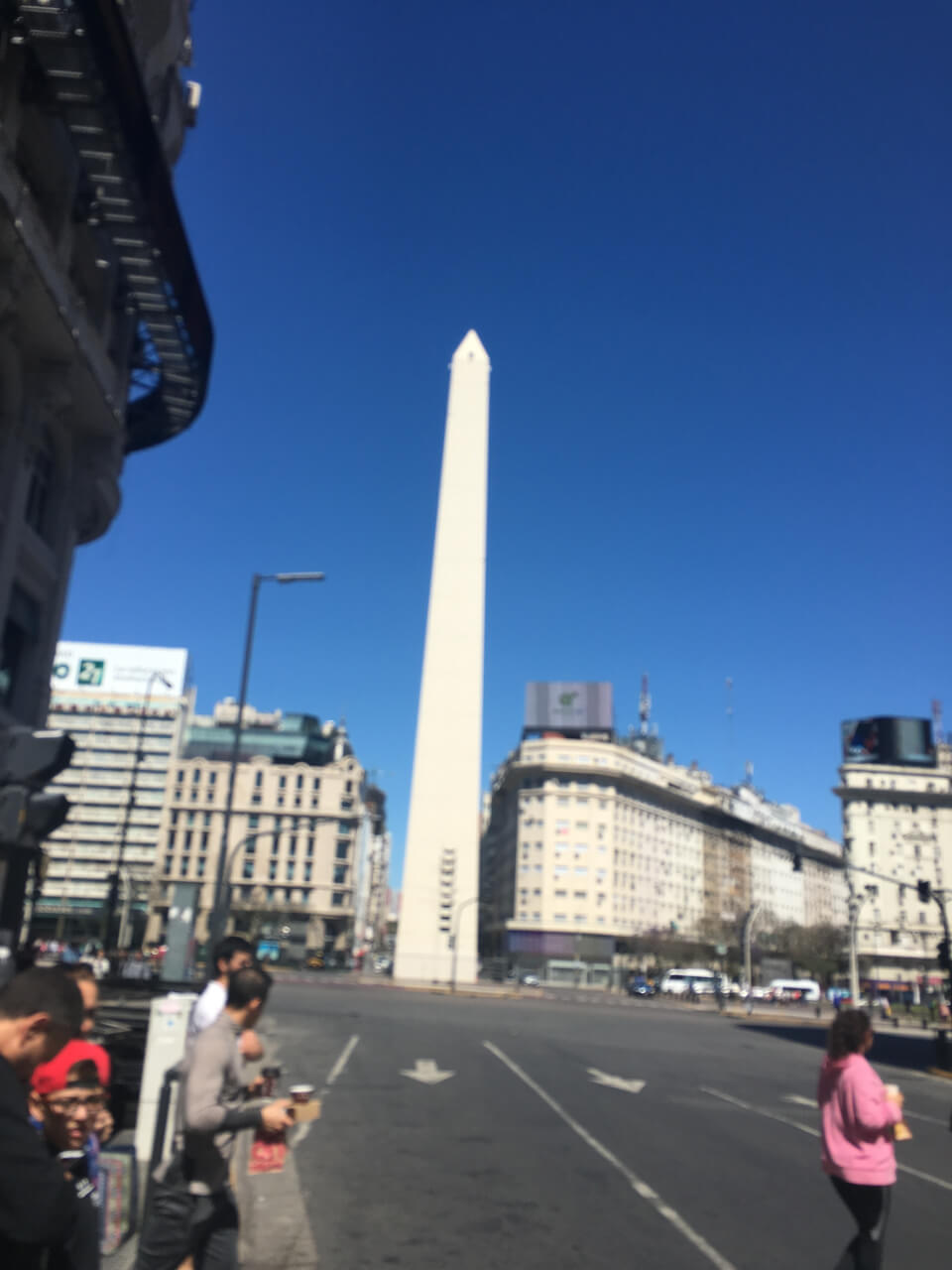 The big needle thing, also known as the Obelisco de Buenos Aires, built in the early 20th century to commemorate 400 years since the foundation of the city!

We also chose to explore the famous neighbourhood of La Boca, the birthplace of the Argentine tango. Having been the home to many settlers from the Italian city of Genoa, it has a famous European vibe, as well as many colourful buildings and streets.

I also became full tourist, forcing my way through hundreds of elderly coach trippers to get a photo in front of the famous Gaminito restaurant. Why is it famous? Absolutely no clue; but it is the quintessential “I went to Buenos Aires” photo, so why not?? 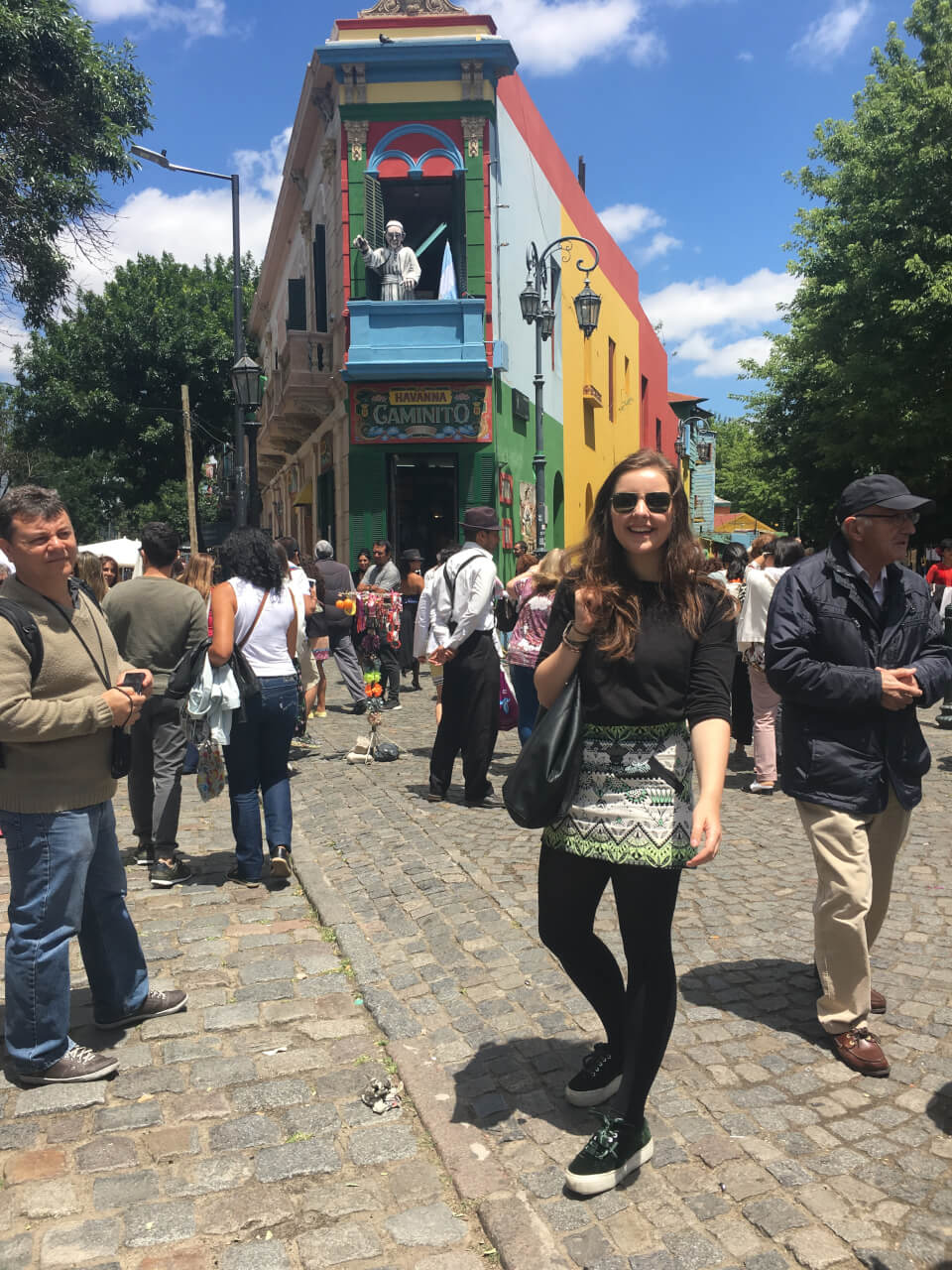 Even Pope Francis made an appearance! 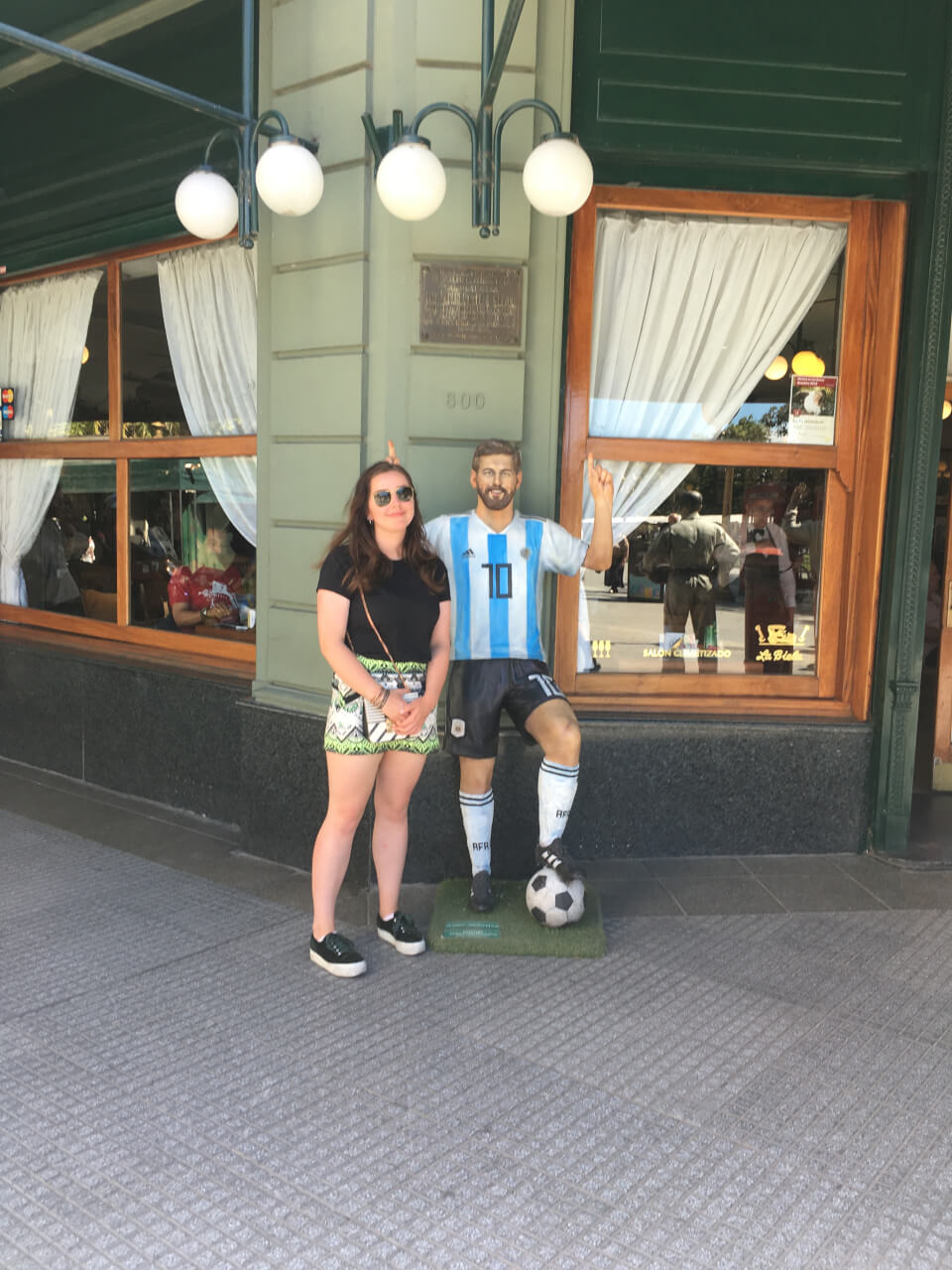 Not to brag even further, but I did get another photo with Argentina’s finest, Messi

Having explored most of the Barrios of Buenos Aires, my favourites being Palermo where we stayed, famous for excellent restaurants and bars, given that it traditionally is the artistic corner of the city, and Recoleta, home of the most ridiculously expensive and gorgeous palaces and houses, we also decided to escape the city to visit a nearby town called Tigre. 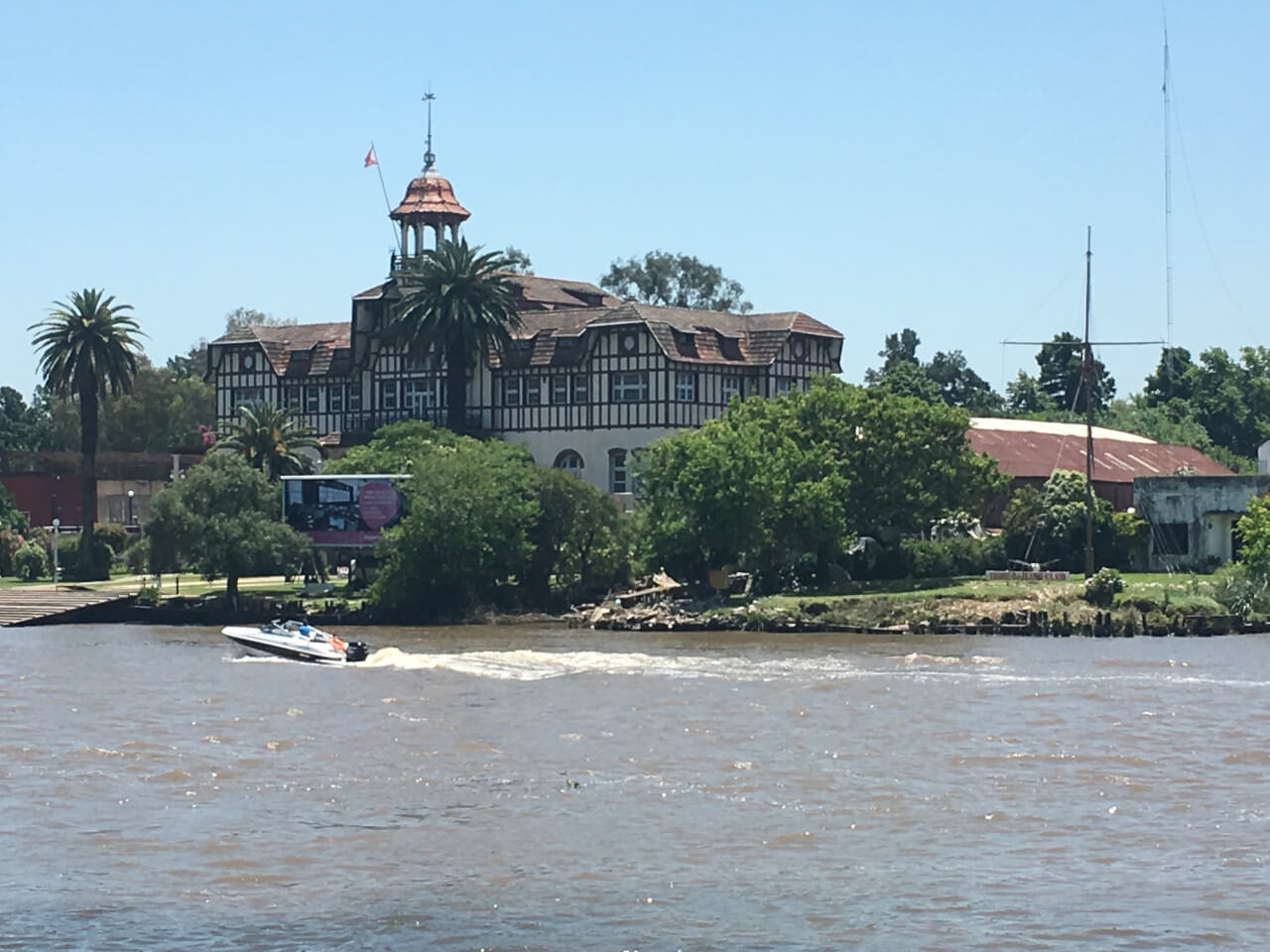 Situated on the Paraná Delta, Tigre is a dream location for retirement

Filled with old, colonial houses and riverside cottages, Tigre is a very small town with not much going on, aside from boat trips and restaurants. However, after enjoying the aforementioned tour, I took full advantage of the 30-degree heat and lay in the grass, tanning, and thinking about how it can’t possibly be December. Having never experienced a “hot” Christmas, being in Chile and Argentina during the advent period was rather strange. Whilst I was definitely nice to have a tan for my birthday, I can now definitively say that a cold Christmas will always be a winner for me! 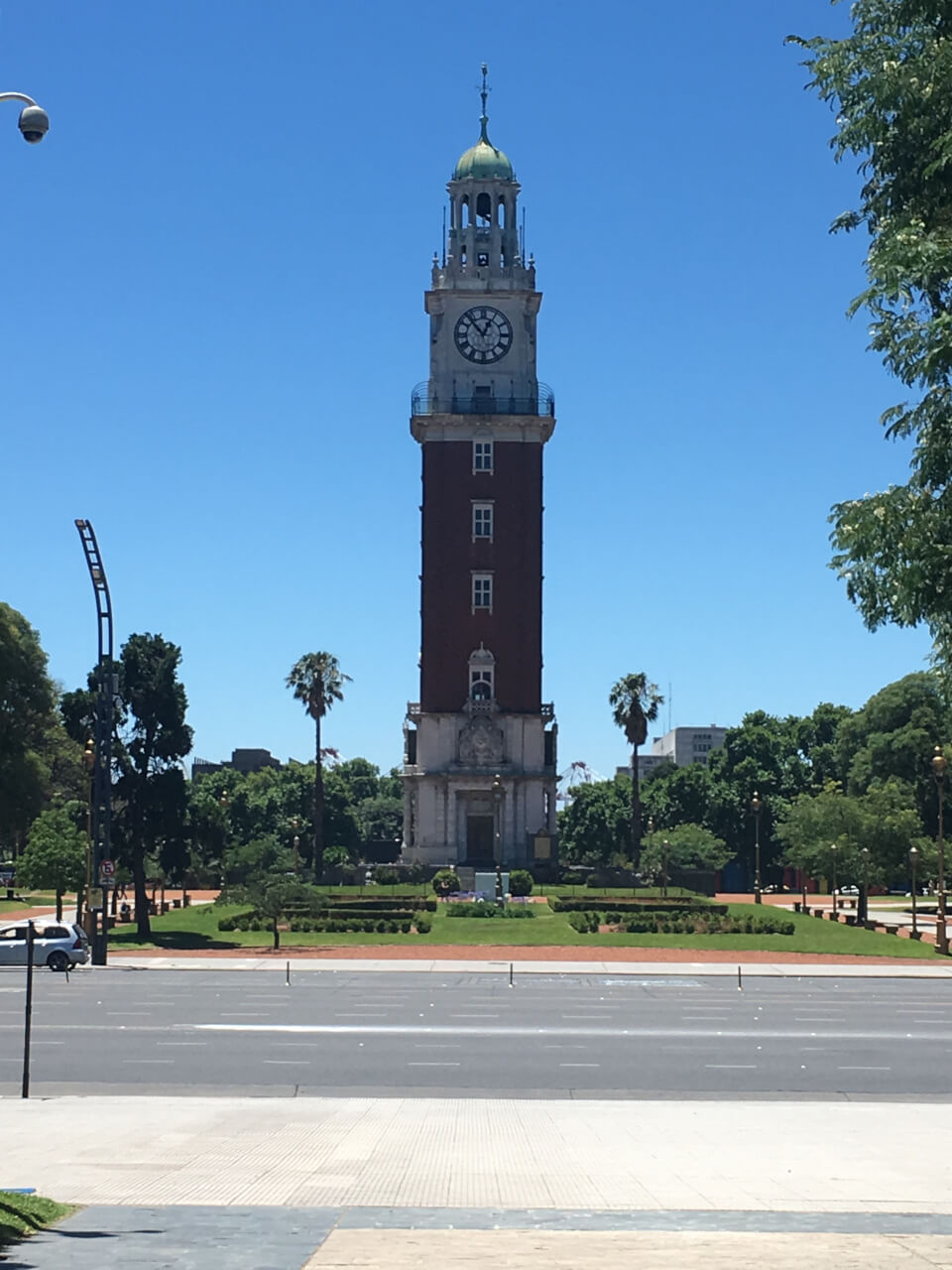 We also partook in a free 4-hour walking tour of Buenos Aires, which, little did we realise, would centre upon the impact and memorial buildings of the Falklands War, something that being a group of English girls, was a little sensitive. Above is the clock tower that the UK gave to Argentina to commemorate 100 years of independence in the early 1900s, a tower that colloquially came to be known as the “Argentine Big Ben.” However, after the Falklands war (or, if we are in Argentina, the war for the Malvinas) the memorial for the killed Argentine soldiers was constructed in front of the tower. Ouch. 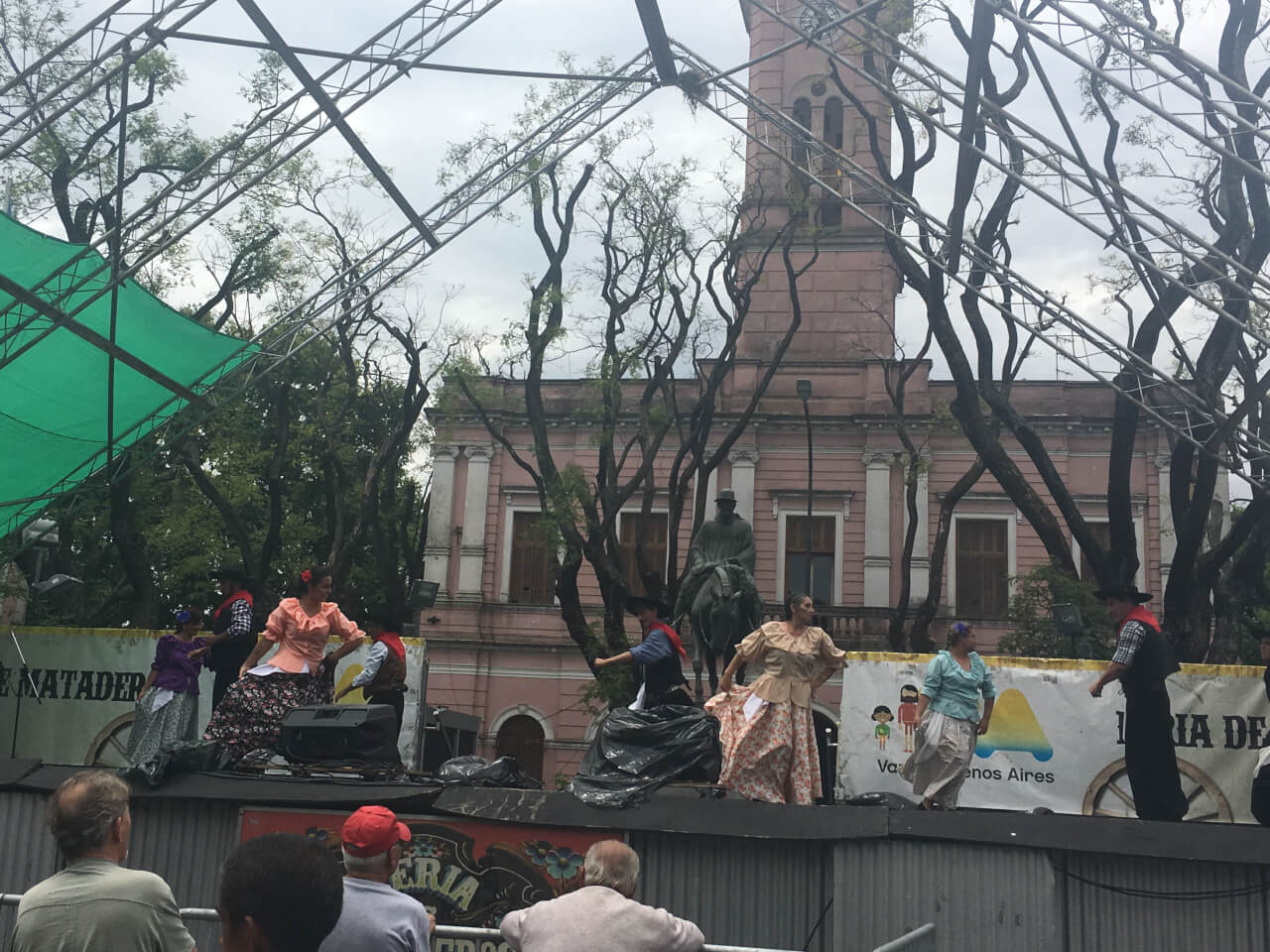 Despite having been to approximately 30 markets whilst in Latin America, on my last full day in Argentina, I wanted to go to the Feria de Mataderos, a huge market on the outskirts of the city that celebrates “cowboy” culture. So, after working out the bus system and consequently taking 2 buses to reach the market, we had a walk around the stalls and enjoyed the above show, which featured an old cowboy man shouting, and couples dancing to traditional music. A steak sandwich and a grapefruit juice later, and it was time to leave. But not without trouble, this is Latin America after all. After realising our bus card was out of cash (it works like an Oyster card) we searched for the kiosks that would allow us to recharge. But of course, as it was a Sunday, nowhere was open, and given that bus drivers can sometimes be a different level of cruel, we were not allowed to get on the bus and just pay for the ride with pesos. All I will say is, thank goodness for Uber.

And then it was time for me to return home, involving the following flights over 50 hours… 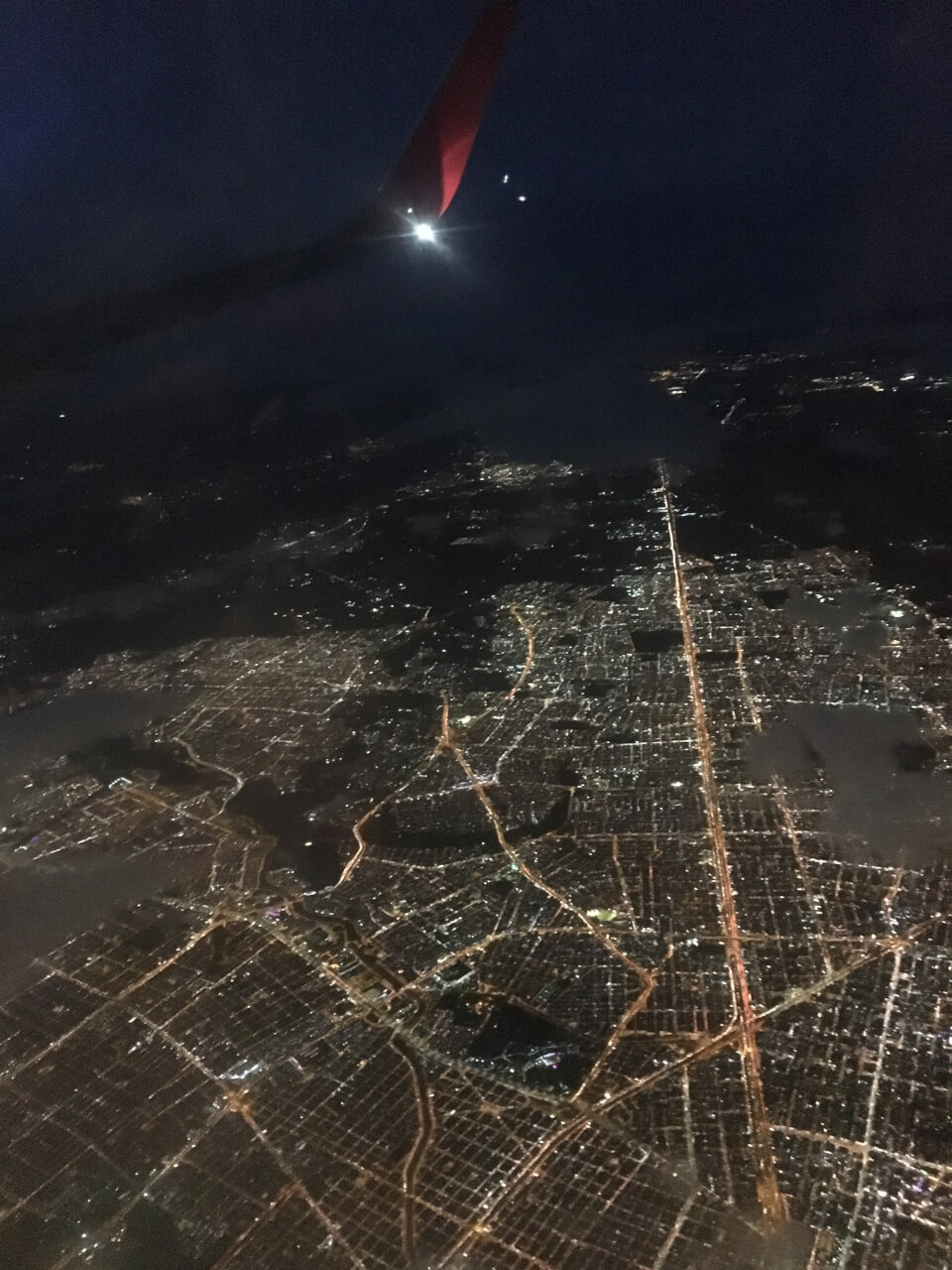 Returning back to Bogotá after 20 days away…

However, despite the killer journey ruining my energy levels, meaning it has taken a week for me to recover (dramatic), I really enjoyed my trip to Argentina. I do wish that I had spent more time out of the city, as I would have loved to have seen Patagonia, the southern part of the country, but I also feel so lucky to have seen the city itself. It truly is one of the most beautiful cities in the world, and the food, wine, sun and architecture made for a pretty fab 10 days.