A stay in San Pedro de Atacamathe driest desert in the world! – OurWarwick

A stay in San Pedro de Atacamathe driest desert in the world!

So it is probably about time I tell you about the second part of our grand voyage up north. Having returned from Bolivia the previous day and reunited with some more of our friends, whilst still a little sleep deprived to say the least, what better way to recover than by heading to one of the driest places on earth; el Vale de la Luna…by bike! 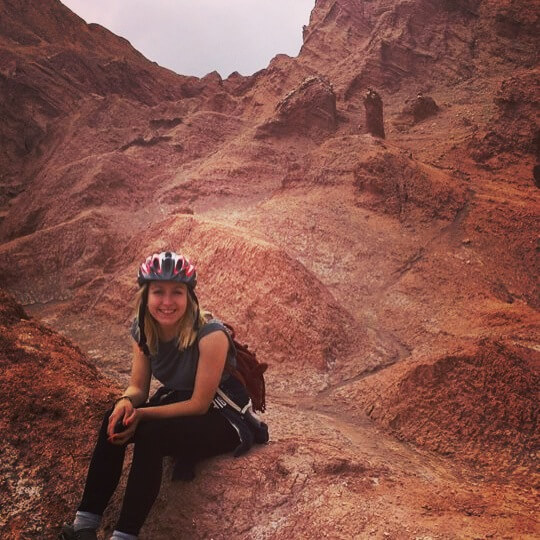 Despite the rather ‘challenging’ ride home by which time it had become completely pitch black dark (of course rather cleverly of us we had absolutely no source of light) and the majority of which was uphill (apart from the only downhill stretch leading back into San Pedro whereby in true Claudia style I managed to fall spectacularly after hitting a rock) the landscape was pretty spectacular. In case you were wondering, I managed to survive with no broken bones; only some grazed elbows, some very bruised legs and an incredibly swollen hip (which much to my friends’ amusement became known as ‘the fat hip’). 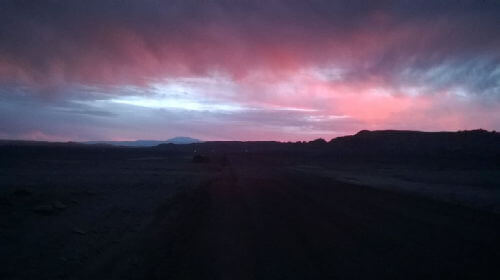 That view behind us on the way home definitely made it all worth it!

A ‘fat hip’ was certainly not going to stop me there though, as the following day sandboarding was on the agenda!

Sand boarders in the making

What a natural…(I think the bandaged arm makes me look even more so, right?)

In case you were wondering, it isn’t actually just snowboarding on sand, apparently it’s quite different. Nevertheless despite having to walk up the sand dune every to get to the top (walking uphill on sand is a lot harder than it sounds), it was an incredible experience with once again a spectacular backdrop… 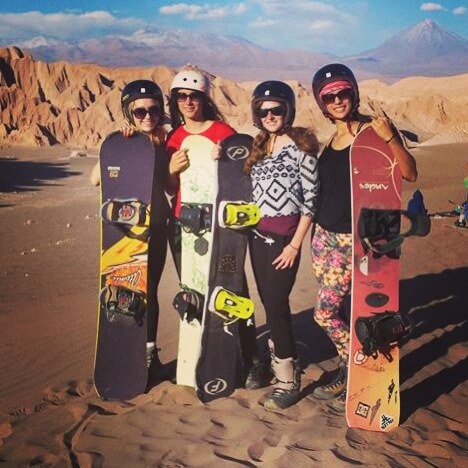 And how does one end a surreal day of sandboarding in the middle of the Atacama desert? Drinking Pisco Sour whilst watching the sun set over the cordillera de la Sal is how… 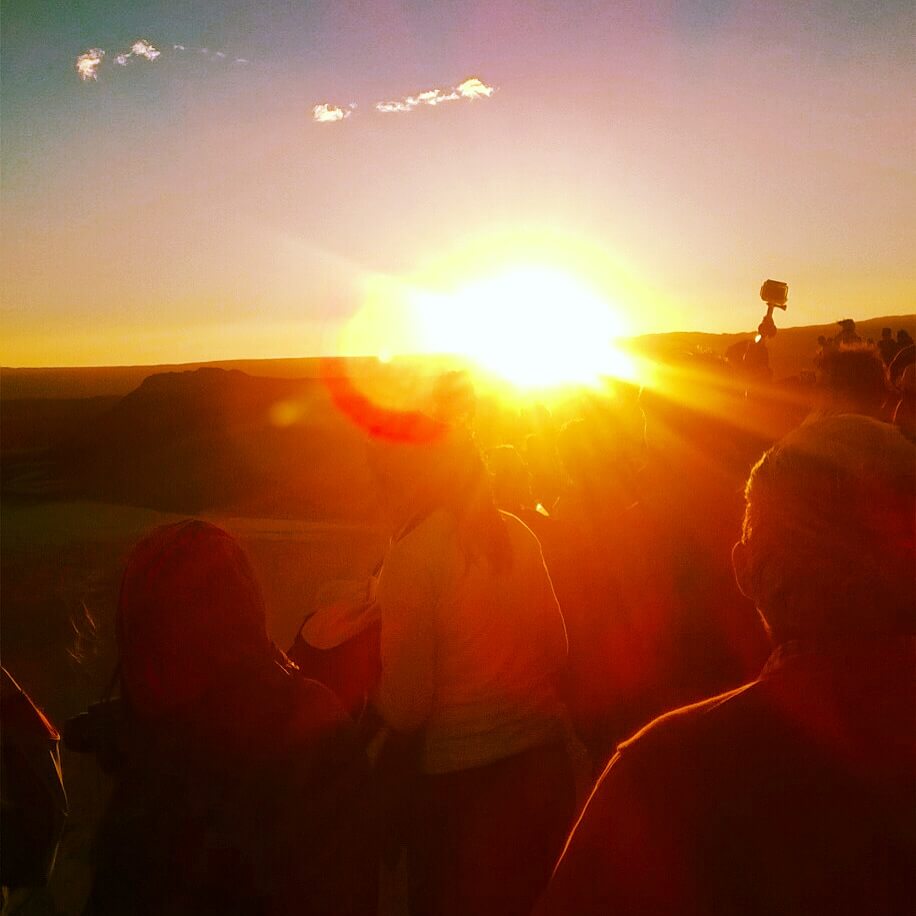 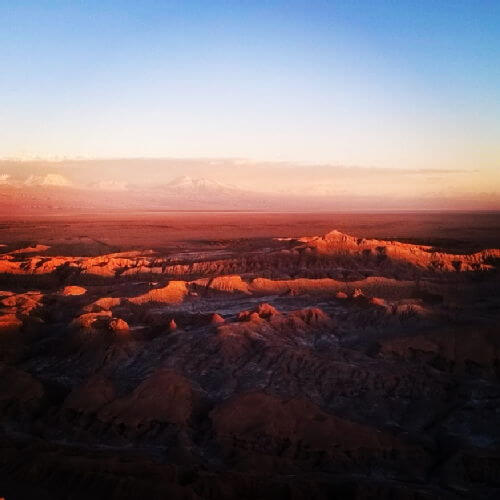 Sunset over the cordillera de la SalWith just one day left before we flew back to Santiago and the reality of university work and classes, we certainly made sure that we left the best until last. I genuinely think this was one of the best experiences of my life so far. Early Friday morning the five of us set off on a five hour horse-riding trek through the Atacama desert. 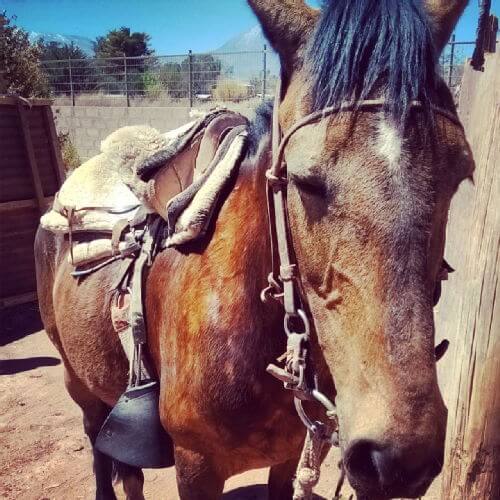 I think the pictures speak for themselves… 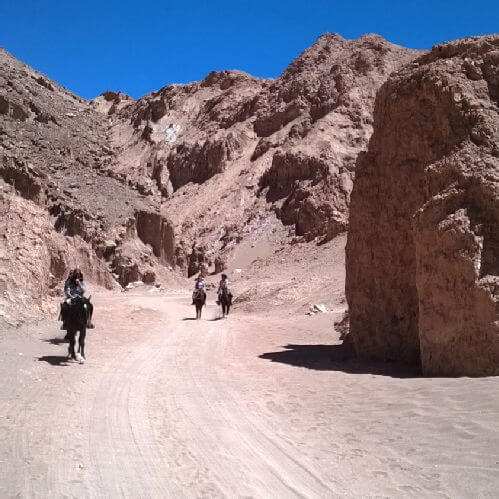 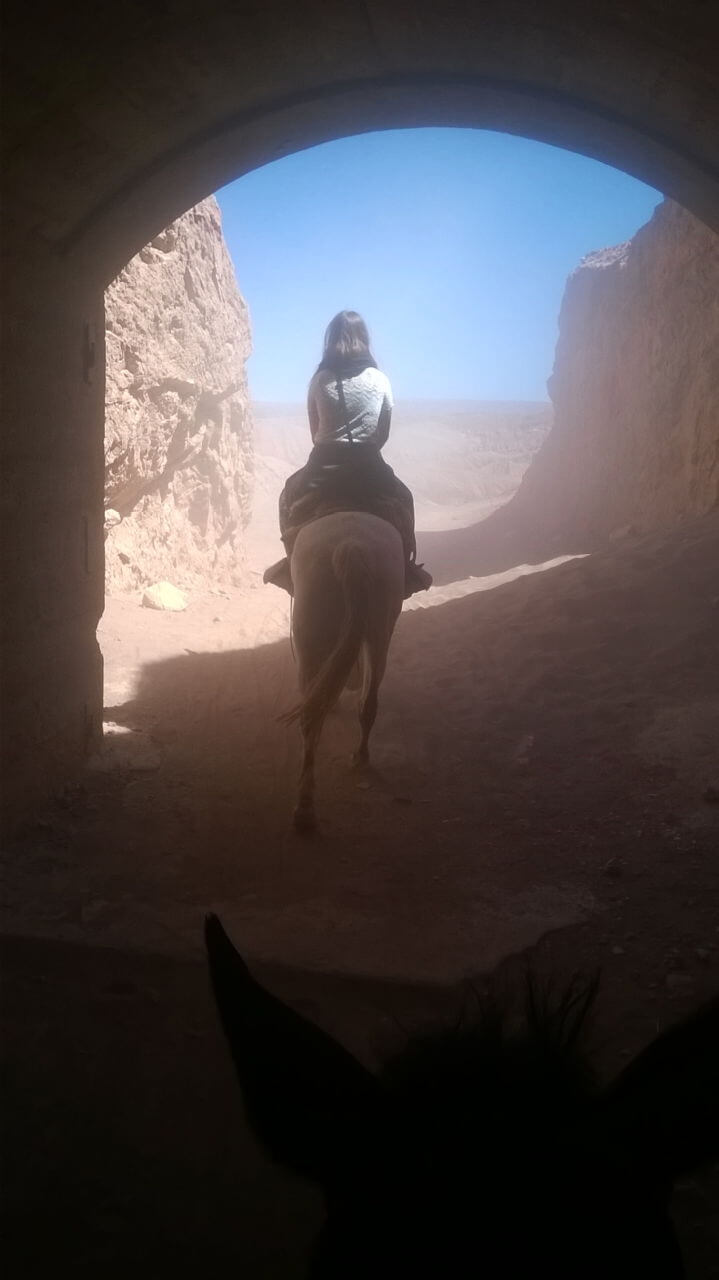 Riding up to the Corniza of the Salt mountain range 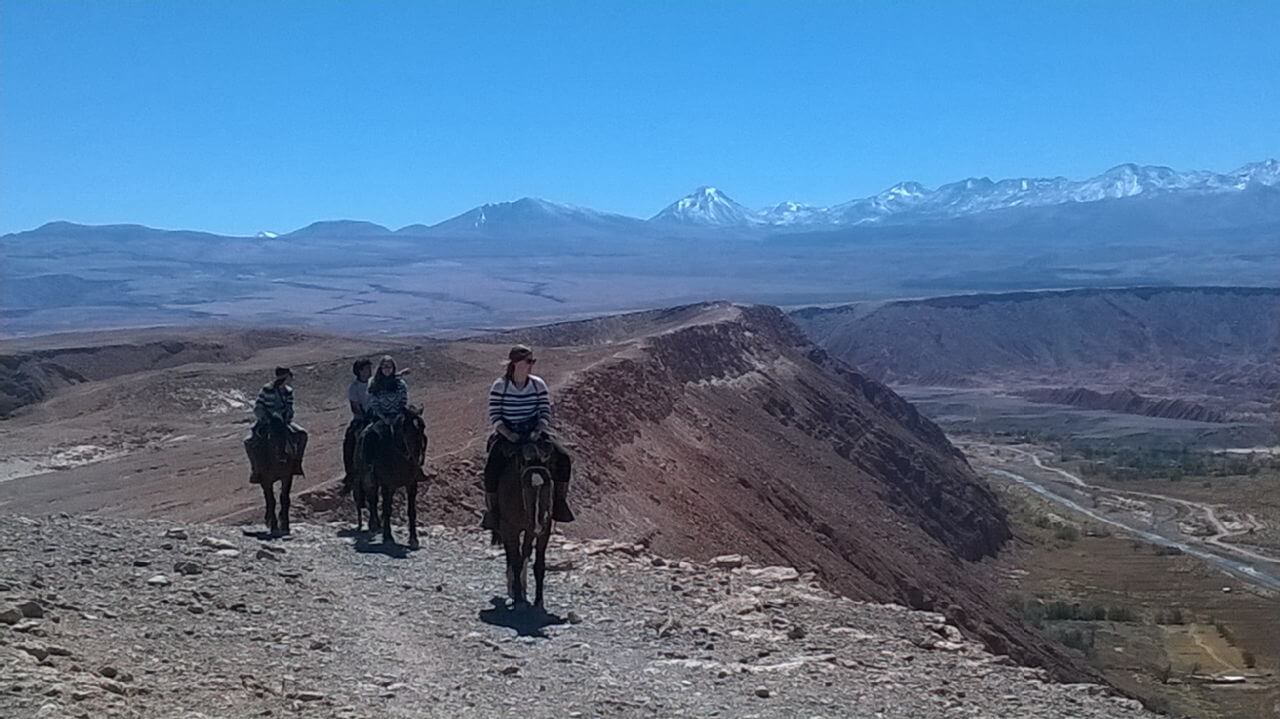 On top of the world with absolutely nobody in sight

Galloping through sand dunes…it doesn’t get much better than that; the sense of liberation and freedom was simply indescribable. 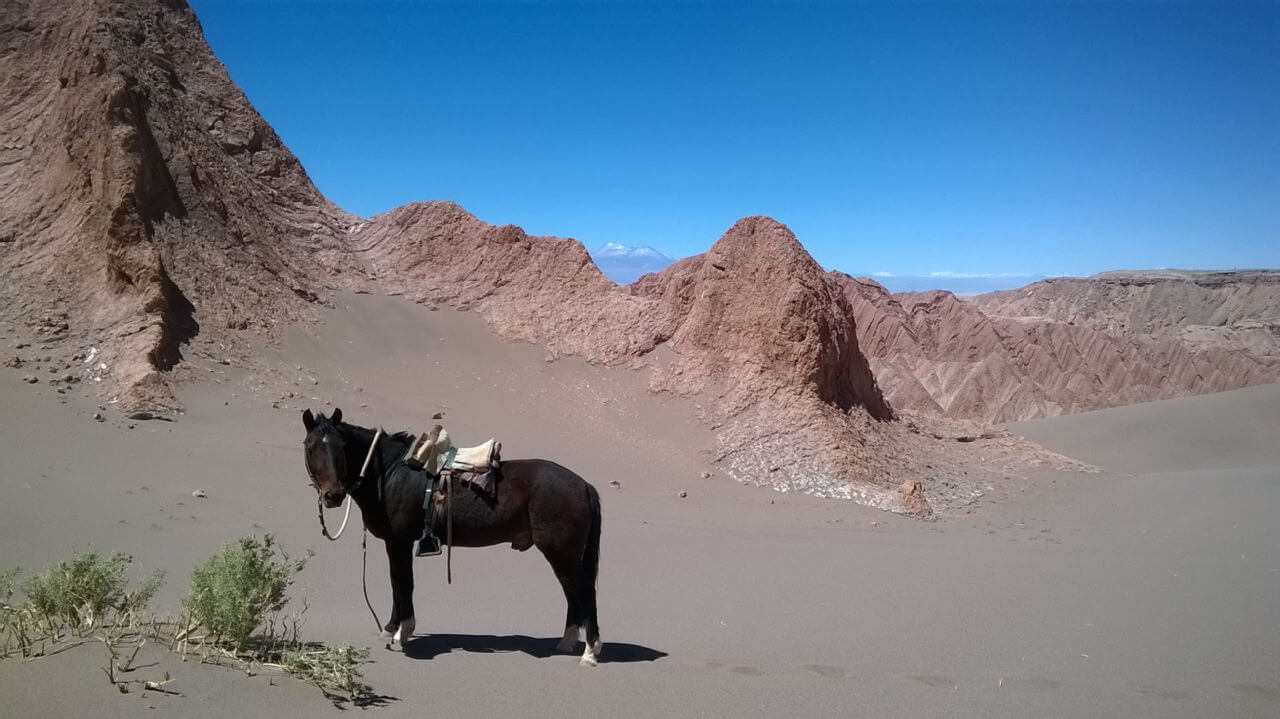 It seemed that one minute we were riding through arid landscapes, devoid of any life, just surrounded by spectacular mineral formations, canyons and caves in an array of rich terracotta shades, and then the next minute we were guiding our horses through the enchanting mist of el tunel, before climbing up the rocky ascent to the cliff tops of El Toro and bordering the Corniza of the Salt mountain range. From feeling as if you were quite literally on top of the world, looking out over the cordillera de la sol, to then meandering down the enormous soft sand dunes themselves, before finally galloping through the open plains of the desert, words cannot even begin to describe the experience…not even Chilean words… 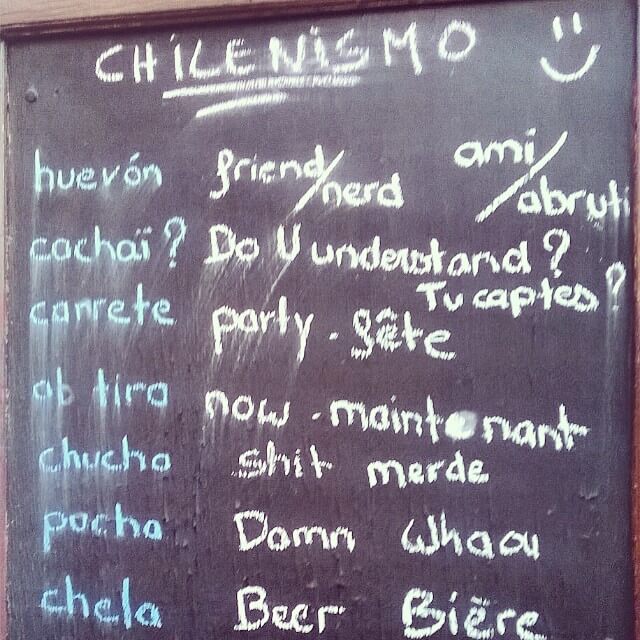 Exhausted, a little achy, but very content, after some delicious delicacies and drinks at our favourite café which we seemingly managed to visit religiously every day during the short space of time we were in San Pedro, that evening we made our way back to Calama Airport, and finally back to Santiago.