A short stay in Venice: Leopardi, le suore and some Enrique Iglesias – OurWarwick

A short stay in Venice: Leopardi, le suore and some Enrique Iglesias

Last weekend there may have been a regional train strike across the length and breadth of Italy, but that didn’t stop me battling the Italian public transport system in order to make the approximate 400km journey from Siena to Venice. 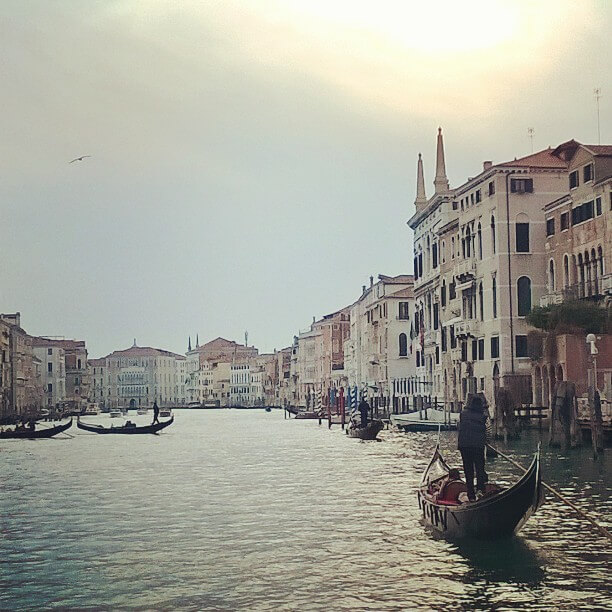 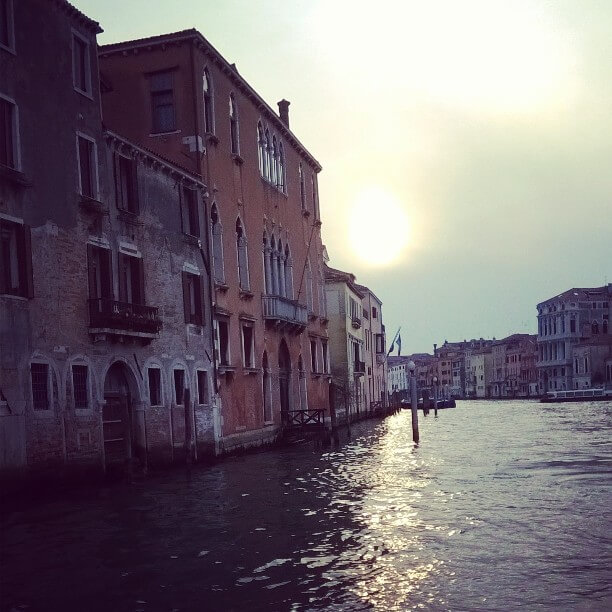 Yes, it just so happens that for over forty years, Warwick’s fifteenth century Palazzo Pesaro-Papafava situated in the heart of the historic city of Venice, and lying along the banks of the Canale della Misericordia with views of the Grand Canal, has provided a base for not only teaching premises, but for conferences, workshops and research purposes. Not bad eh? Therefore, in keeping with the long standing tradition of a Warwick reunion with both Italian year-abroaders and lecturers over the Easter period in Venice, last Sunday for a rather surreal few days (to put it mildly) we all found ourselves reunited amongst the canals of Venezia. Yes, from far and wide across Italy including the likes of Sardinia, Rome, Genoa, Turin, Bologna, Pisa and of course, Siena, there we were 1007.3 miles from Warwick drinking cappuccinos and catching up on the last 9 months of our lives. 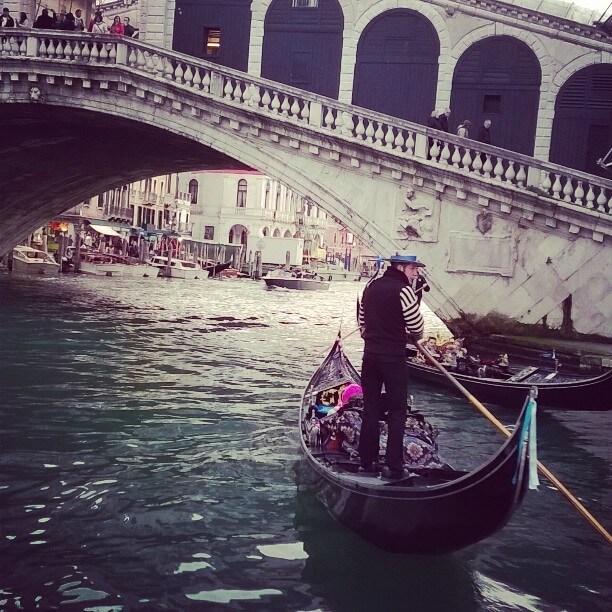 And where would we be staying? With the nuns it seemed! With two nights booked into the Istituto Canossiano S. Trovaso (a beautiful establishment I must admit, with hearty breakfast included) situated a few minutes from Accademia, the disapproving look and mutterings of “maaamma mia” under the breaths of the nuns as we all walked in slightly clueless the first day was priceless. It was certainly an experience at least, not to mention the strict 23:59 curfew; another source of much entertainment for the duration of our stay.

Talking of entertainment, it seemed that the Venetian nuns were not the only source of discussion that night, but we were too. Reunited once again and in need of some food, we made our way through the warren of Venetian streets to a restaurant we had booked for all of us a little earlier. Yet it seemed that we had barely found our places and sat down (in the admittedly slightly ‘posh’ restaurant as we later found out) before an obnoxious British tourist started clanking his glass, not to make a toast (as silence subsequently descended upon the restaurant) but rather to ‘try’ and tell us to ‘quiet down’…erm signore, you do realise we are in Italy?! For the continuation of the night, we therefore embraced the role we had seemingly taken on as the source of entertainment and debate amongst our fellow tourist diners as the prosecco continued to flow, and the pizzas soon devoured.

The next day, despite getting completely lost, soaking wet, and with the teachers following us like sheep (as they did continuously throughout the trip) through the maze of streets to Warwick’s Palazzo, we finally made it arriving to a feast of coffee and cake. It seemed some year abroad goers from Warwick Business school had also congregated in Venice for the week and so who did I happen to bump into? Only my friend and flatmate I had been living with for six months in Chile and who is still studying out in South America?! Bizarre I tell you… 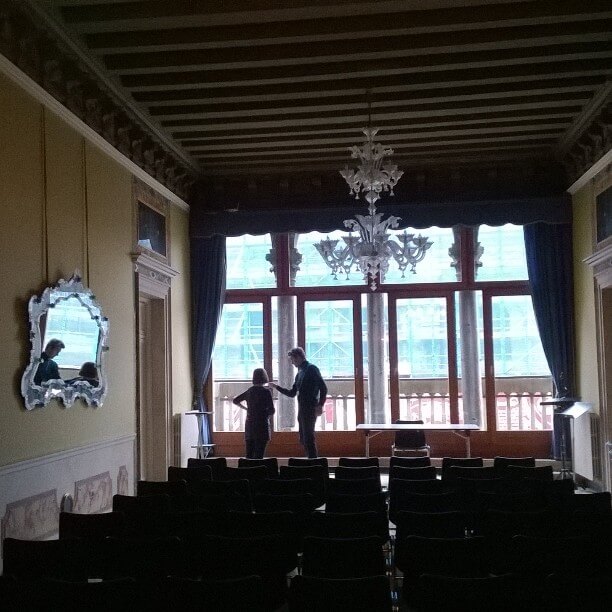 After spending the day discussing next year, module choices, our year abroad and doing a few practise exercises of the exams we will be greeted with as soon as we return to Warwick in October, the rest of day (a very rainy one I should add) was spent navigating our way to Piazza San Marco; the principal public square of Venice. With a visit to the spectacular St. Mark’s Basilica, with its impressive Italo-Byzantine architecture marking it as one of the most important churches in Italy, we soon made our way back through the treacherous Venetian rain, stopping only for a quick and much needed warm Sangria on the way. 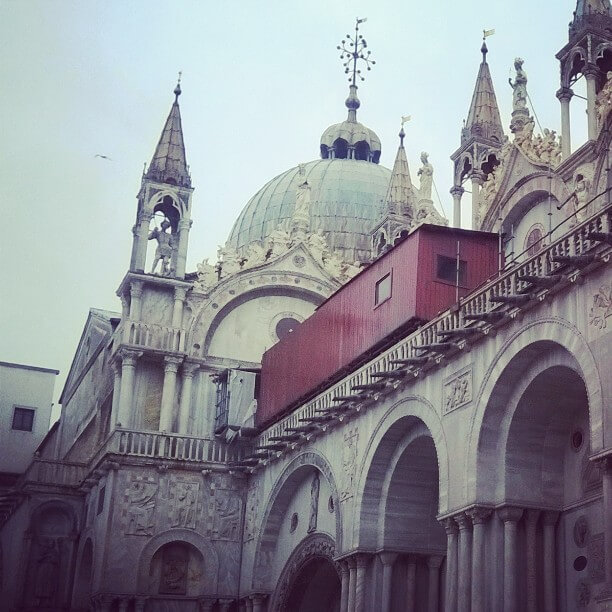 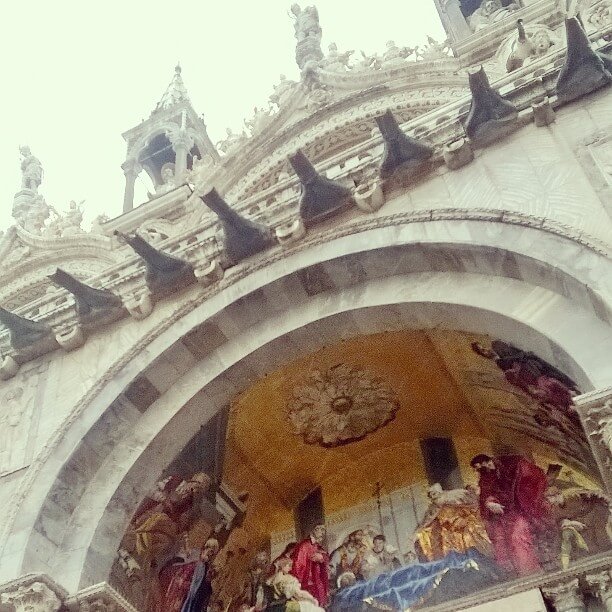 Still beautiful despite the rain 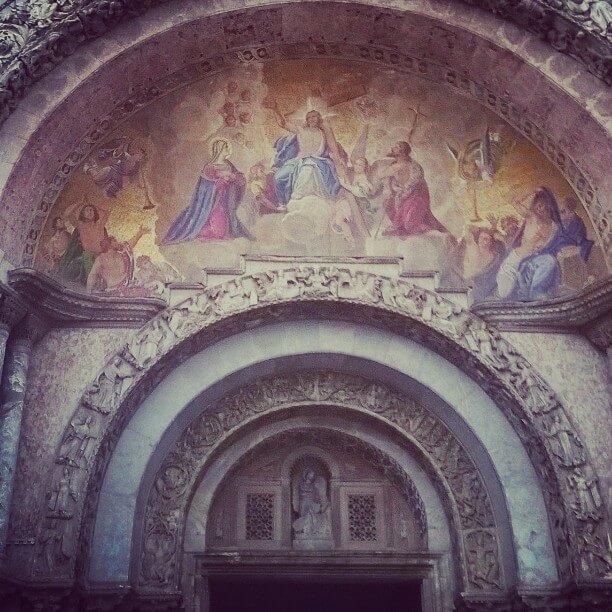 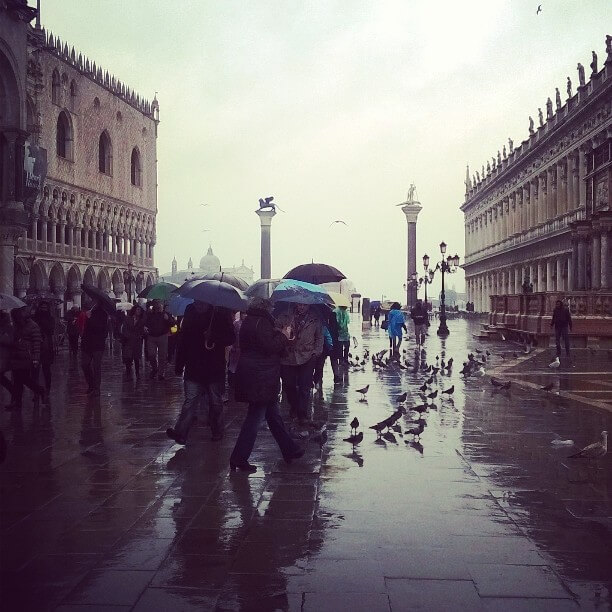 When it rains in Italy, it really rains!

After being invited to listen to a lecture by Warwick professor Giorgio Riello on ‘Luxury Capitalism: Places, Spaces and the Pervasiveness of Luxury’ as part of Warwick’s 50 anniversary celebrations (which of course included a prosecco fuelled aperitivo, lots of food and many glamorous Italian women in long fur coats) it was then time for a dinner treated to us by Warwick’s Italian department. Therefore, again after having got very lost in search of the restaurant, there we were looking once more slightly wet and dishevelled (a common look throughout our stay) vigorously tucking into our much needed second pizza of the trip whilst Warwick’s Business school walk into the same restaurant a little later and much more gracefully take their seats with just…I don’t know, so much more composure. #problemsofahumanitystudent

The next series of events, I can only describe as completely surreal. In fact, let’s just put it this way, the evening resulted in some rather exotic cocktails, shots and dancing to the likes of Enrique Iglesias with our lecturers, whilst individually taking it in turns to test Fabio on his knowledge of the poetry of Giacomo Leopardi…note to self: Never take Fabio on in a mastermind challenge concerning his specialist subject of the romantic lyrical poetry of Leopardi…you don’t stand a chance and will fail. Indeed the maestro himself whilst practically accusing us all of being the Italian version of ‘chavs’ (the word for which I forget) managed to faultlessly recite any demanded line of Leopardi poetry… yes, including from ‘A Silvia’, whilst the likes of the requested Daddy Yankee’s ‘Gasolina’ boomed from above, encouraging some very alternative dance moves.

"A Leopardi…alle sorelle…a Venezia…e… a Fabio!!" [I mean what else would you toast to after a rather surreal couple of days reunited 1007.3 miles from Warwick in the middle of Venice] 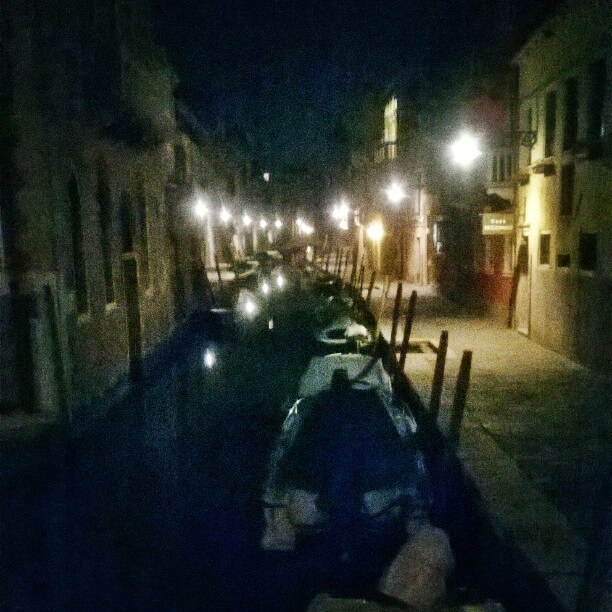 [After the realisation of what time it was] “Ahh abbiamo solo dieci minuti…correreeee!!”

You’ll be happy to know that we did in fact manage to make it back before we got locked out. The following day after deciding to take a so-called ‘shortcut’, but which actually turned out to be an hour’s detour trudging through the streets and canals of Venice with all our luggage to the Palazzo, we spent the day receiving individual feedback on our module reports, discussing modules and ideas for our extended essays, as well as admittedly stealing some of the Business School’s cake. 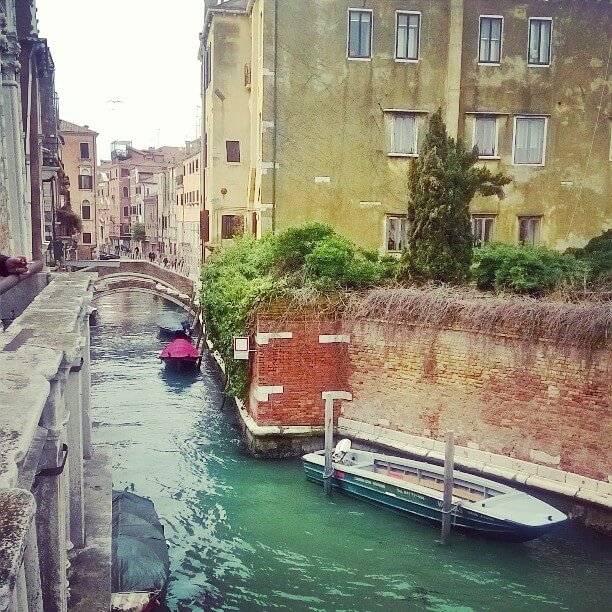 And that was it.

After a hearty lunch and most important selfie, goodbyes were said and we all went our separate ways back home to our respective lives in Italy.

Yes, selfie stick and all!

So don’t worry I can ensure you we did actually do some work, meaning that yes, it was a very necessary and erm essential part of our academic experience… Well let’s just put it this way, it was a brilliant if admittedly rather bizarre Warwick reunion in the middle of what has been an even more unreal and life changing year abroad experience. So thank you Warwick, not only for your rather fabulous Palazzo complete with mesmerising chandeliers, renaissance artwork, and naturally of course overlooking one of Venice’s many canals; but also to the Italian department for organising a truly authentic ‘italian’ reunion and for just being such great sports.