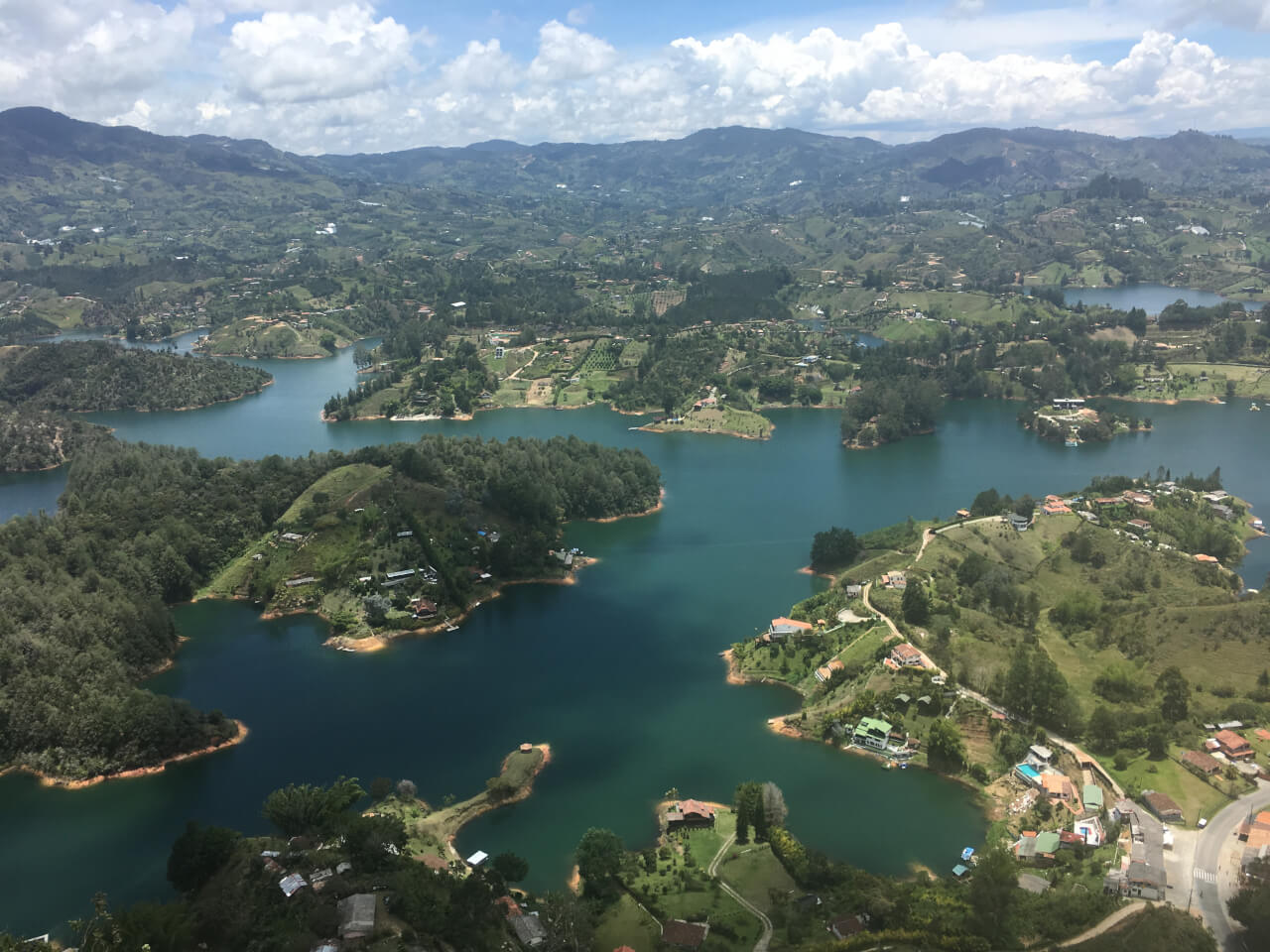 A Short Stay in Medellín: Part 2

Continuing the theme of nature and walking, the next day saw us book a tour to visit Guatapé, one of the biggest tourist attractions for Medellín. Despite having to get on the bus at 7 AM, we made our way, after a traditional hearty Colombian breakfast of scrambled eggs, an arepa* and some questionable cheese, we arrived at the towns of Peñol and Guatapé, which border Colombia’s largest natural reservoir, and some of the most spectacular views I have ever seen.

*Arepa- the fuel of Colombia, a type of maize bread, usually eaten where we would eat bread. The way I describe it: think of the difference between American/ Scotch/ thick pancakes, and crepes- an arepa is the American pancake to a tortilla wrap.

I believe this is about 1% of the total size of the reservoir, incredible!

Starting first with a boat trip through the reservoir, we could enjoy the sun and the tranquility of the area, something which lead my flatmate to declare that this is her “favourite place in the world.” Don’t worry Coventry- you will forever hold the keys to my heart <3. 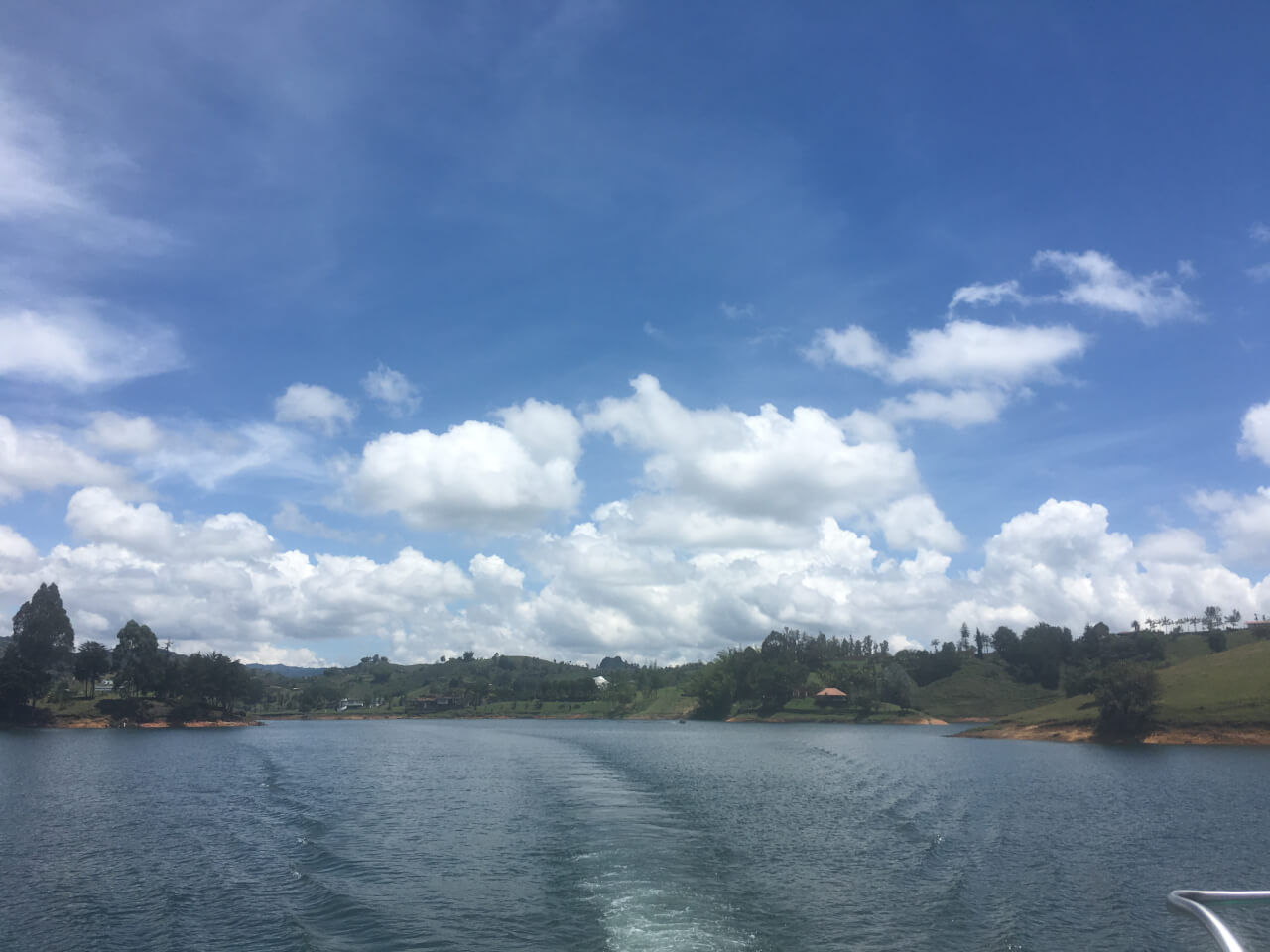 We even got to see the ruined mansion of Pablo Escobar, which despite its rather sad exterior now, used to boast a tennis court, swimming pool, and even a zoo… 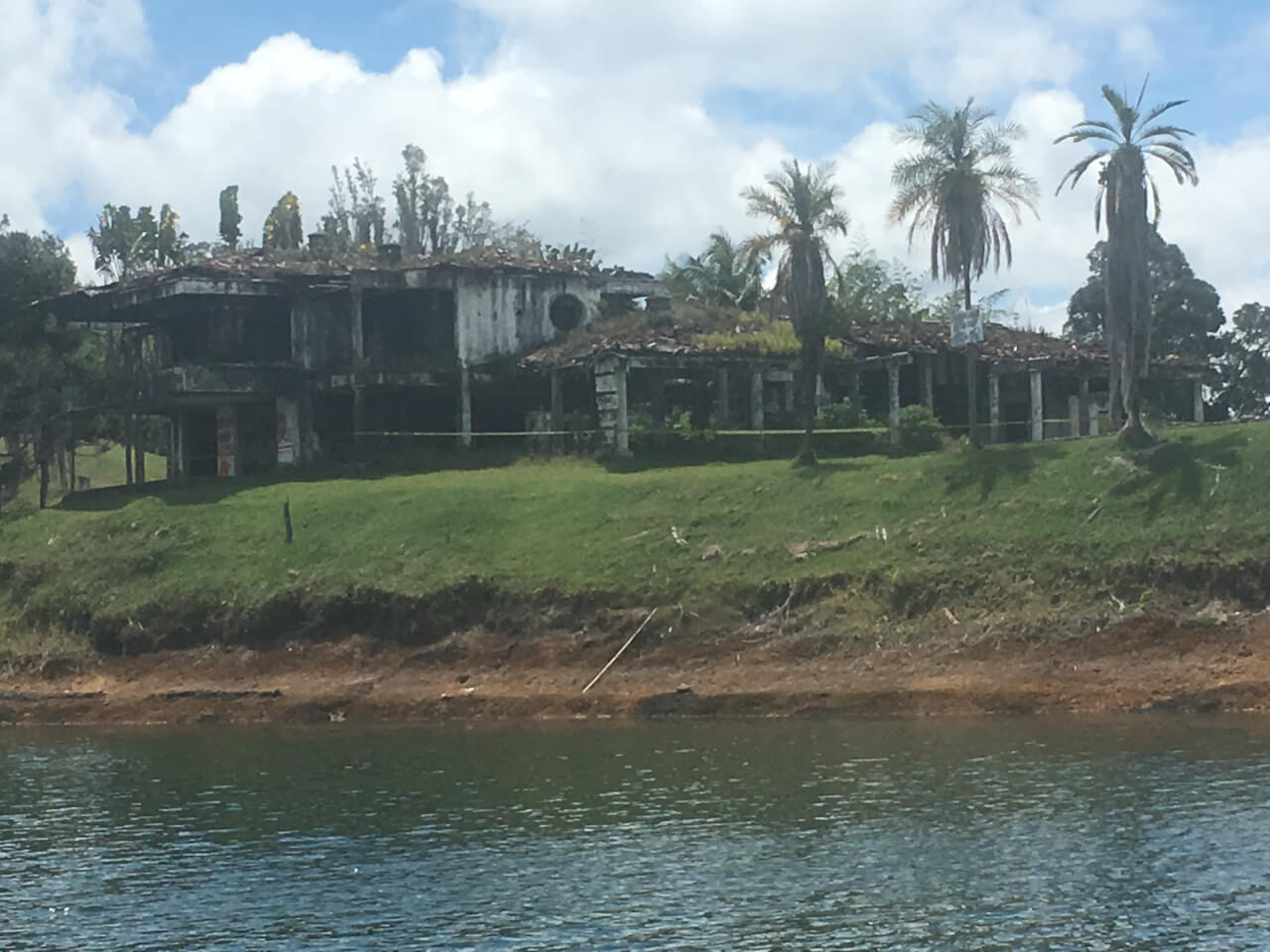 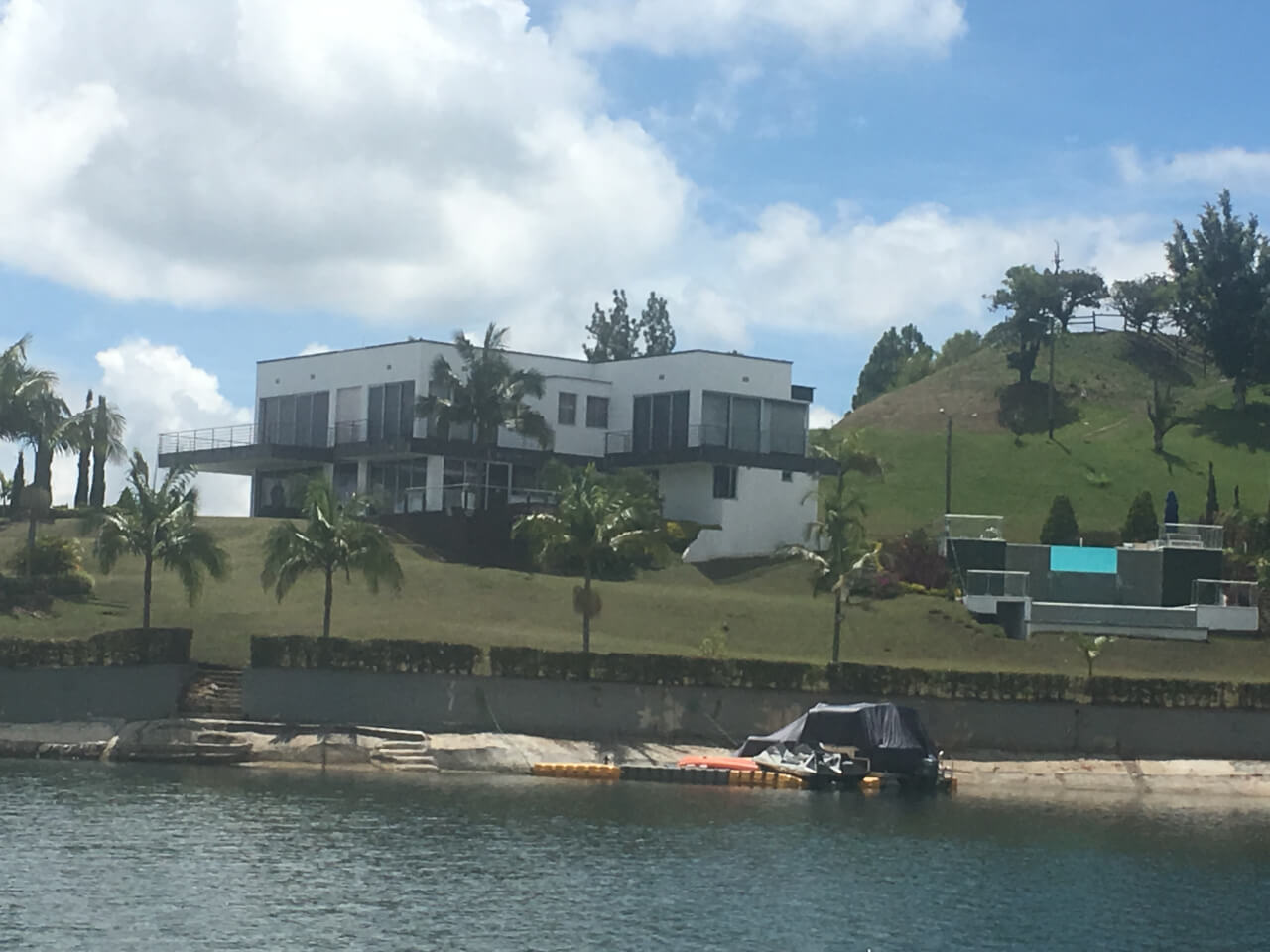 However, with the ending of the boat trip, came the main attraction of the day… climbing the rock of Peñol to access the spectacular views of the water. 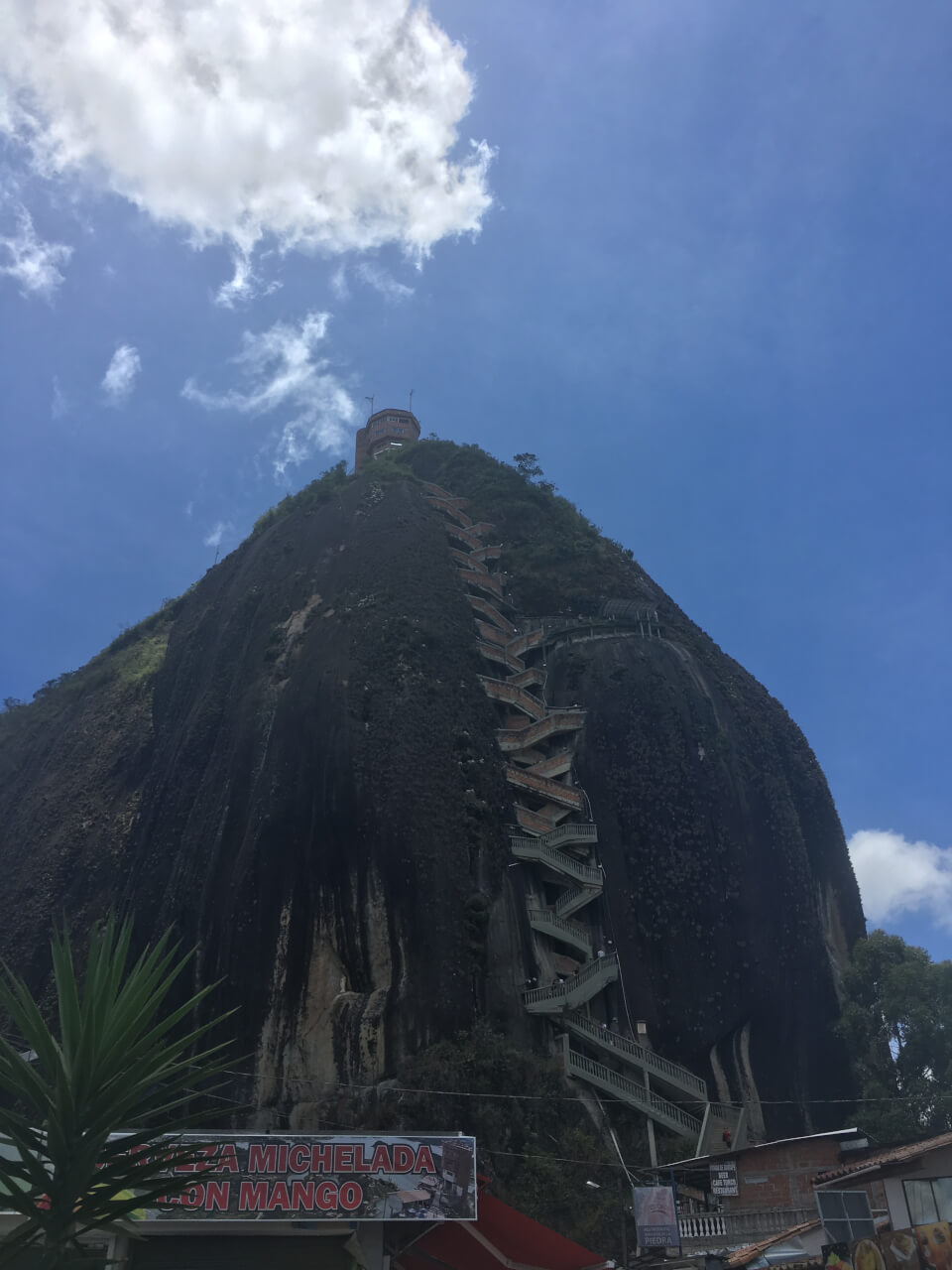 Even though the heat was fairly punishing, the views at the top were amazing, and it was quite difficult to drag myself from the top to go back to Medellín. Either that, or my thighs were just so tired they couldn’t face more steps. 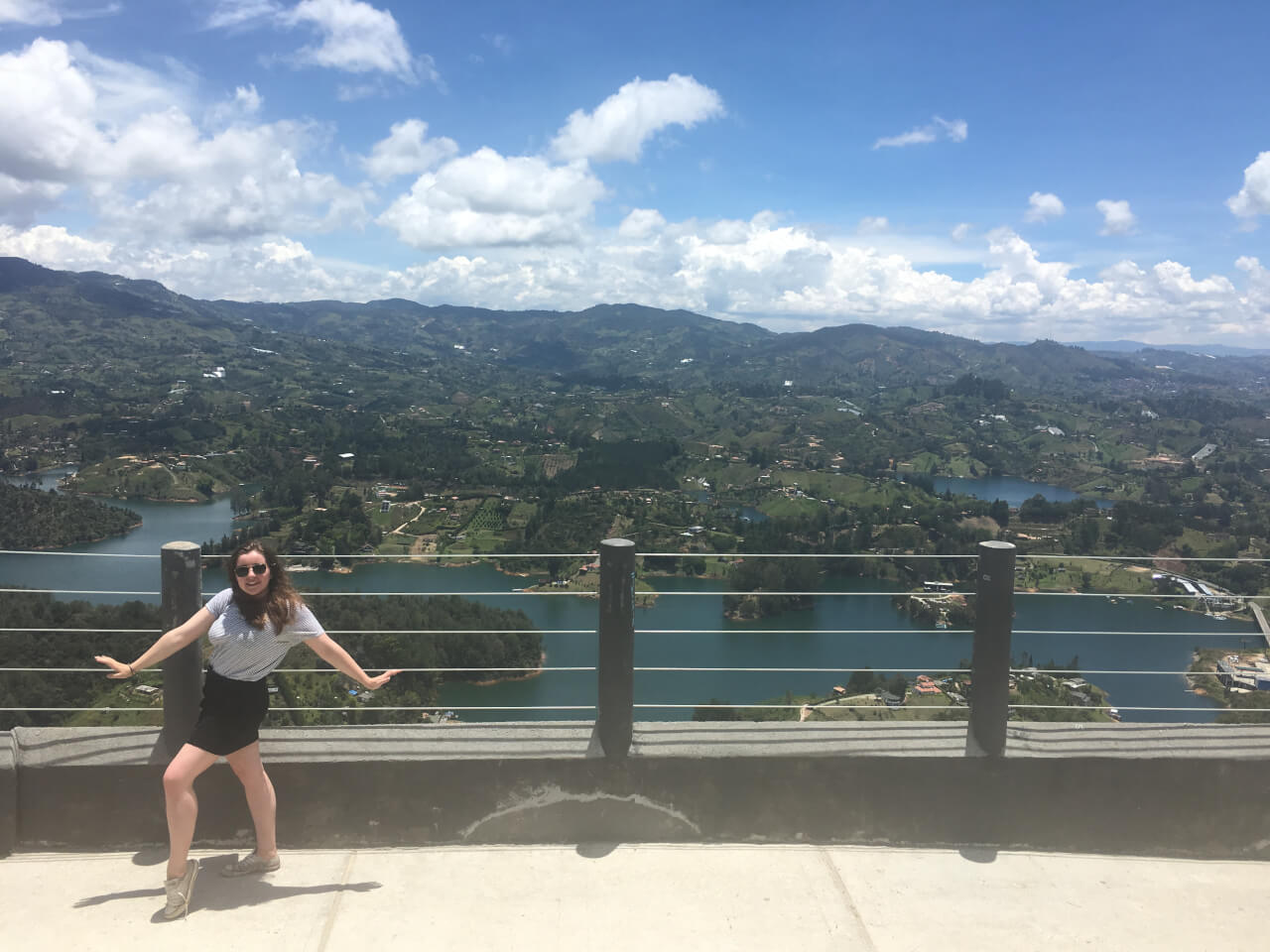 Luckily, before fully returning, we took a final stop in the town of Guatapé, which last year was named the second most colourful town in the world (behind somewhere in China) according to Lonely Planet, and they were correct. With every house having a different motif and colour scheme decorating their façade, every street was different to walk down, and even though my legs and feet were practically screaming at this point, I survived, enjoying the beauty of the town, with the help of a little bit of stracciatella ice cream. 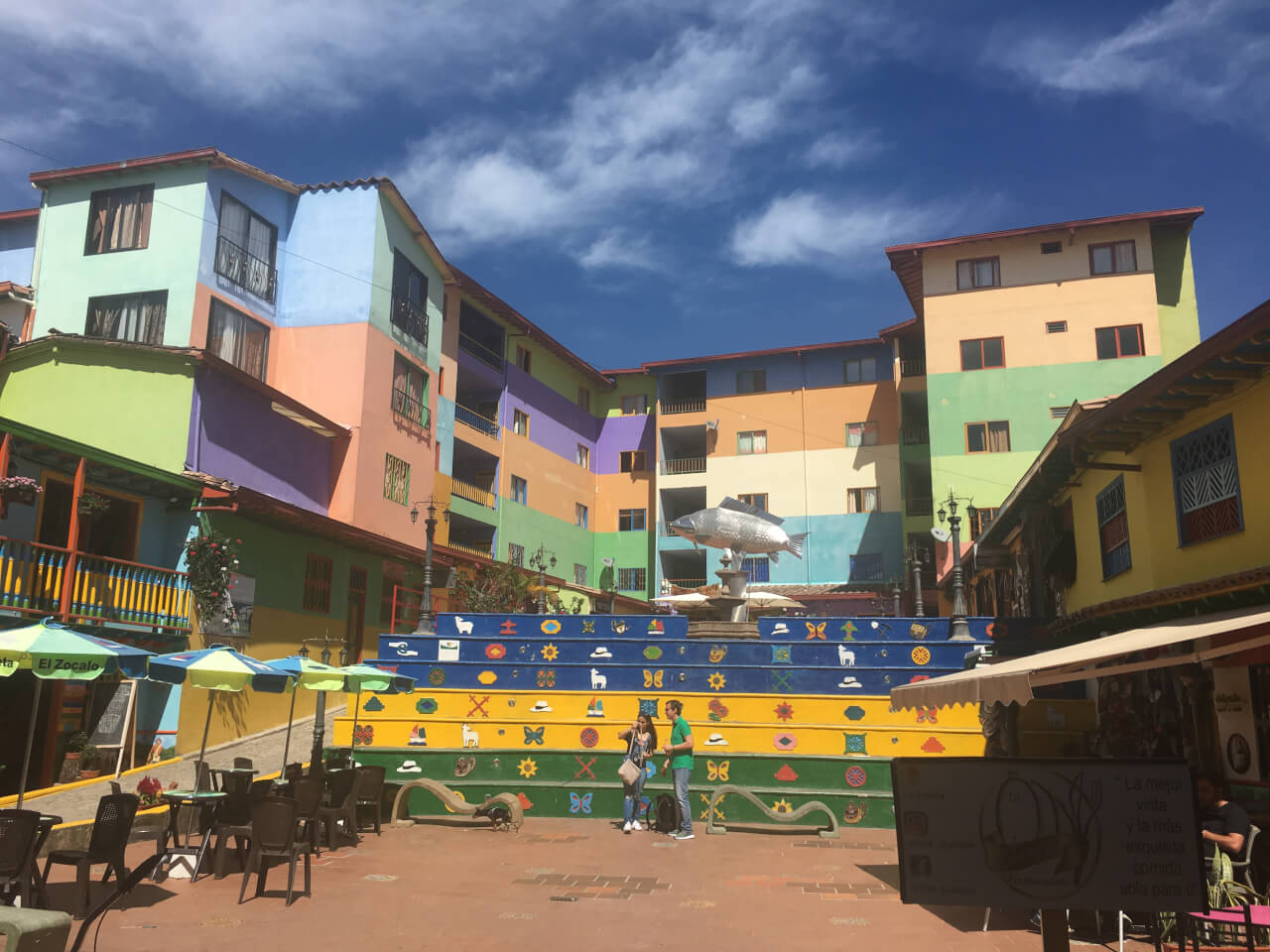 Despite being a girl who sticks to a strictly monochrome wardrobe, Guatapé was a welcome change, being aesthetically and climatically, worlds away from Bogotá.

On our final day, we booked a graffiti tour within Medellín, in the Comuna 13, one of the neighbourhoods with a rich, but sad history. Throughout the 80s, the area served as one of the key bases of Escoba’s cartel, and after his death, throughout the 90s and the early 2000s, Comuna 13 was often the setting for battles which occured dearing Colombia’s civil war, between the FARC, the paramilitary groups, and the national military, which lead to several deaths and hundreds of injuries. It is also, unfortunately, a community stacked with social  issues thanks to widespread poverty.

However, now, thanks to the arrival of the MetroCable and the installation of some escalators, it has become quite the tourist hotspot for those who want some breath-taking views of the whole city, some talented graffiti and a chance to once again, enjoy some outdoor escalators. Moreover, the connection to the centre and the arrival of tourism has seen crime decrease, and more tourist based jobs become available to the residents. 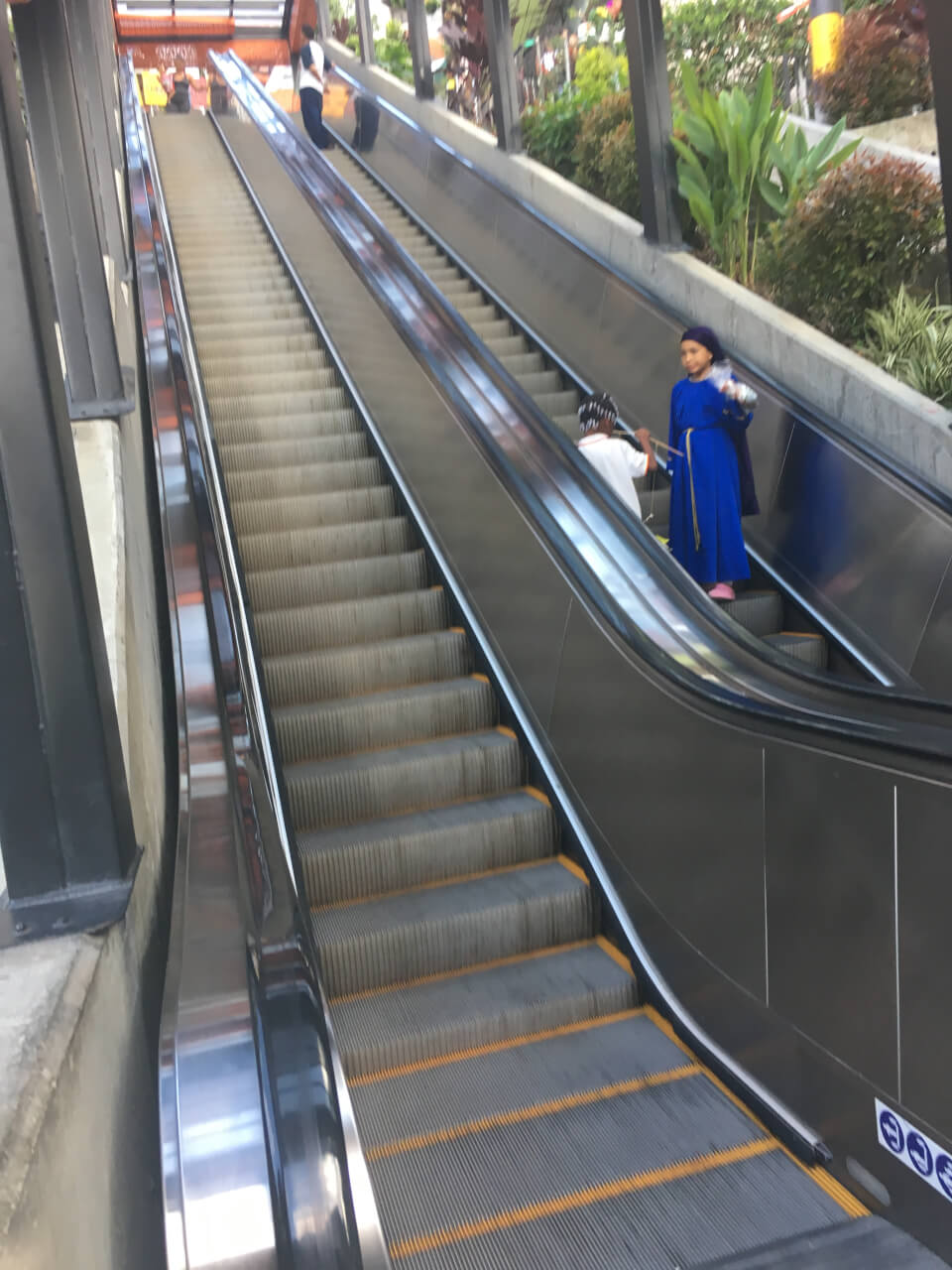 From Javeriana to Medellin, the only thing making this mountaineous country bearable for me are the outdoor escalators

Our tour guide, Leandro, a local resident of Comuna 13, was incredible, detailing the entire history of the community through its graffiti, and it made for one of the most fascinating days of the trip. 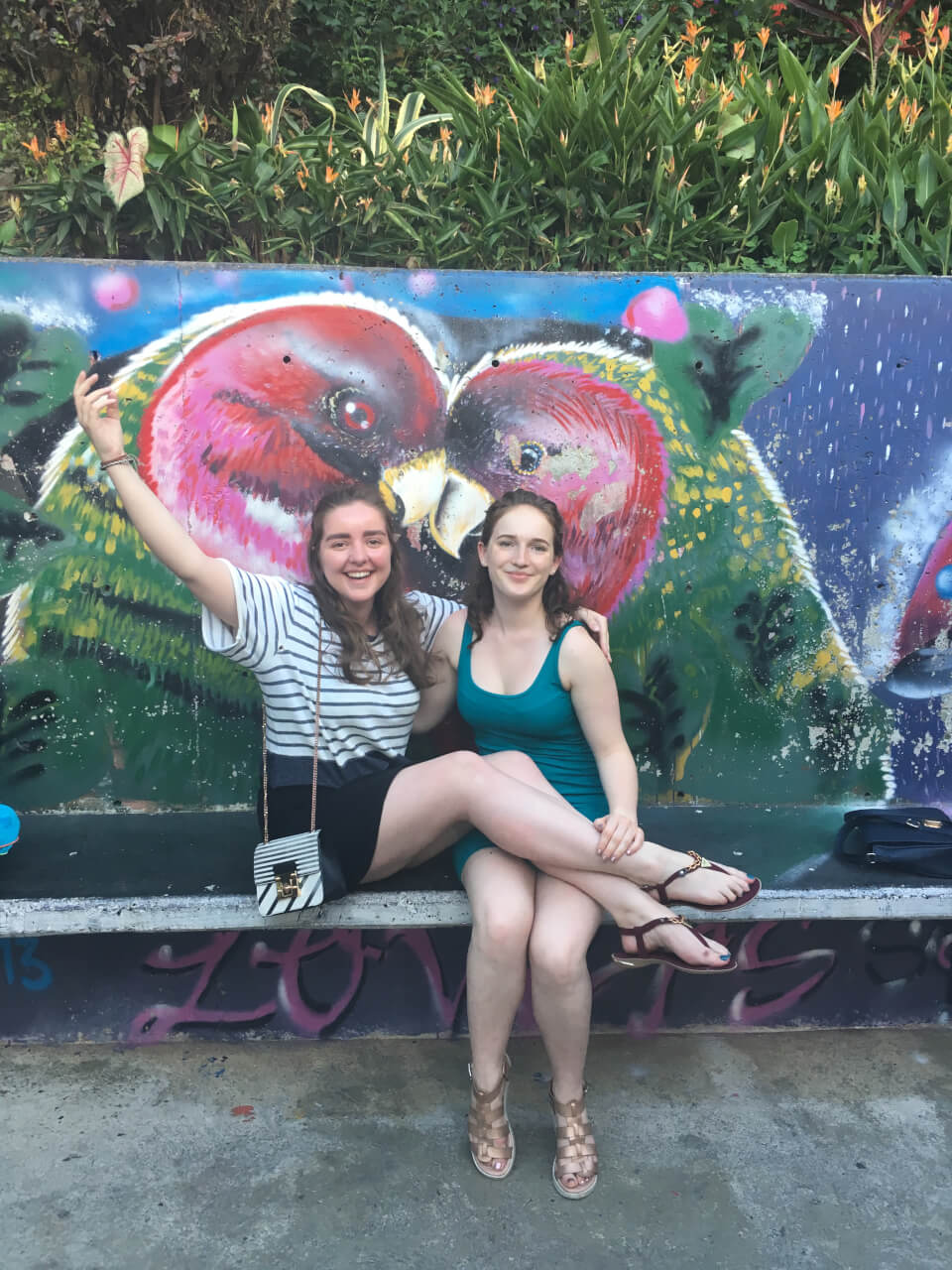 Embarrassingly, this seems to be the only photo I took of any graffiti on the tour…

After finishing the tour, and going to drink coffee in Comuna 13’s “best coffee shop” whilst listening to some freestyle rap, it was time to return to our hostel. With a final dinner spent watching Colombia *actually* not lose to Argentina in football, it was time for our last night in Medellín, before it was time to catch our flight to our next destination, before returning to Bogotá to face reality…